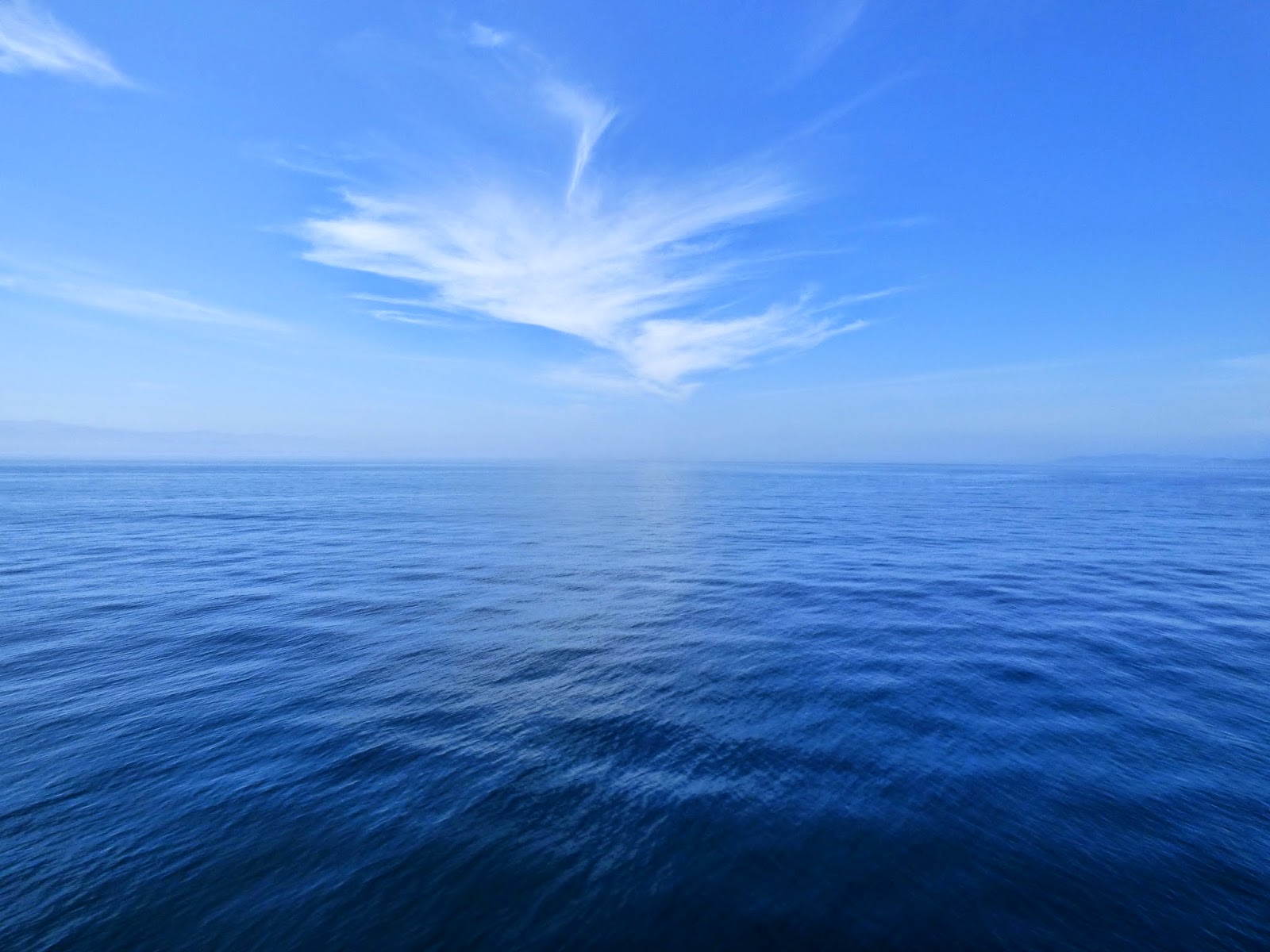 Ah, the open sea! The adventures of the water world of planet Earth! The mysteries of the deep! Yes, it's the mariner's life for me. Well maybe, maybe not. It's hard to develop a real opinion on the basis of a single ferry ride across the Strait of Juan de Fuca. It sure was pretty, in any case. 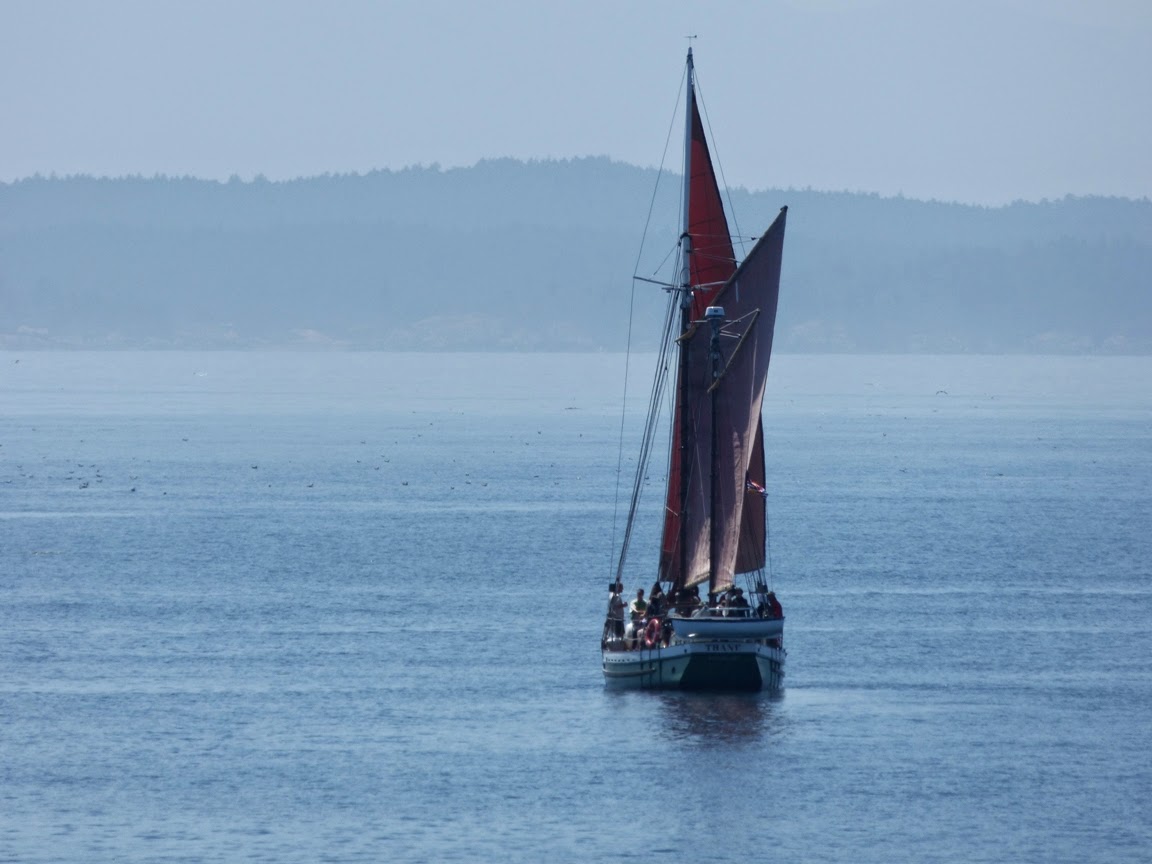 The Port Angeles-Victoria ferry crosses the Juan de Fuca Strait that separates the Olympic Peninsula from Vancouver Island on the the Pacific Coast between the United States and Canada. Although the peninsula and the island are both situated in the same geographic location (the western coast of North America) and are only a few miles apart, they have few similarities. The Olympic Peninsula is composed of seafloor sediment and ocean crust that has been shoved to very high elevations by the Cascadia subduction zone. Vancouver Island has a sliver of some of these rocks, but is mostly composed of metamorphic rocks of the Wrangellia Terrane, a collection of Paleozoic and Mesozoic rocks that formed someplace else, maybe thousands of miles away, and which was slammed (geologically speaking) into the west coast by subduction zone and transform fault movements. 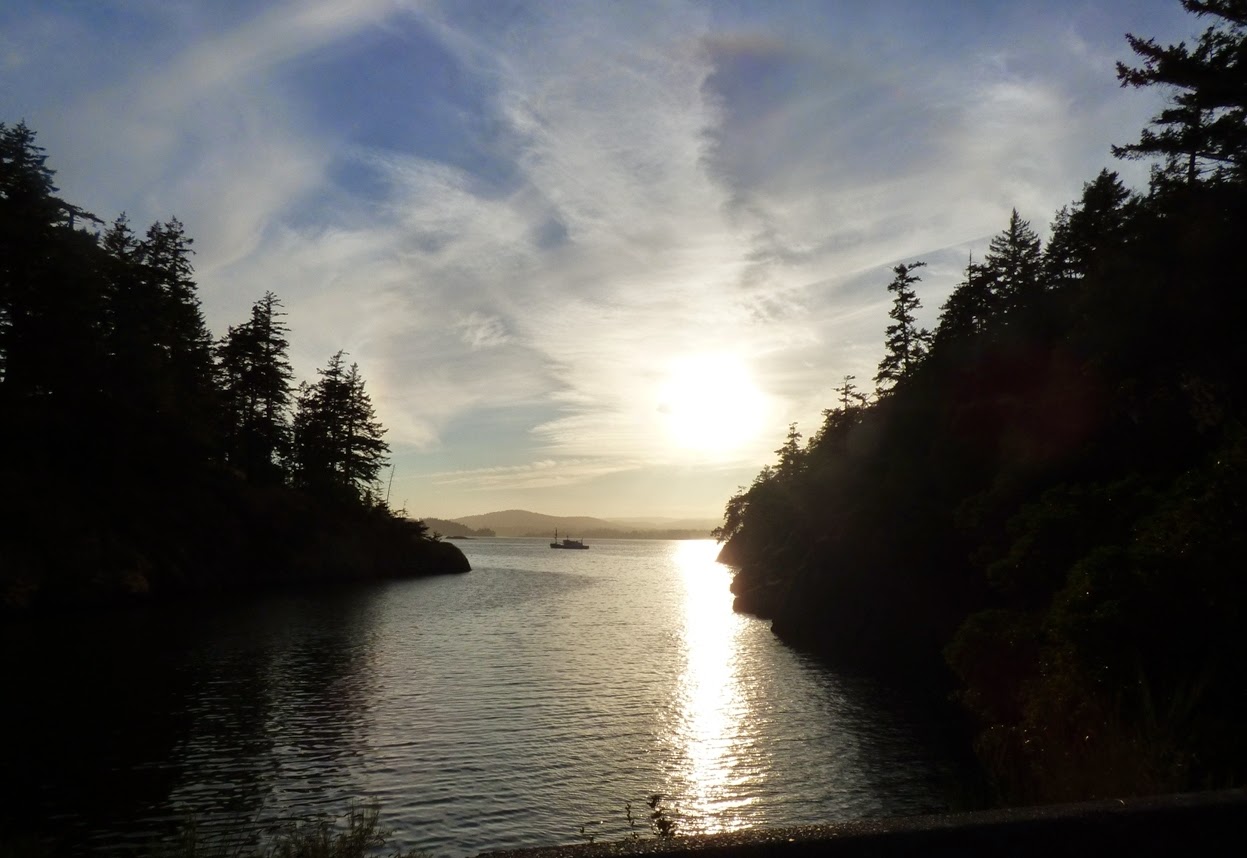 We are out doing a bit of reconnaissance for our field studies class that meets next week. We got out to the Sooke region along the south island for a look at the Crescent terrane, and some nice erosional potholes along the Sooke River. Details to follow in later posts! 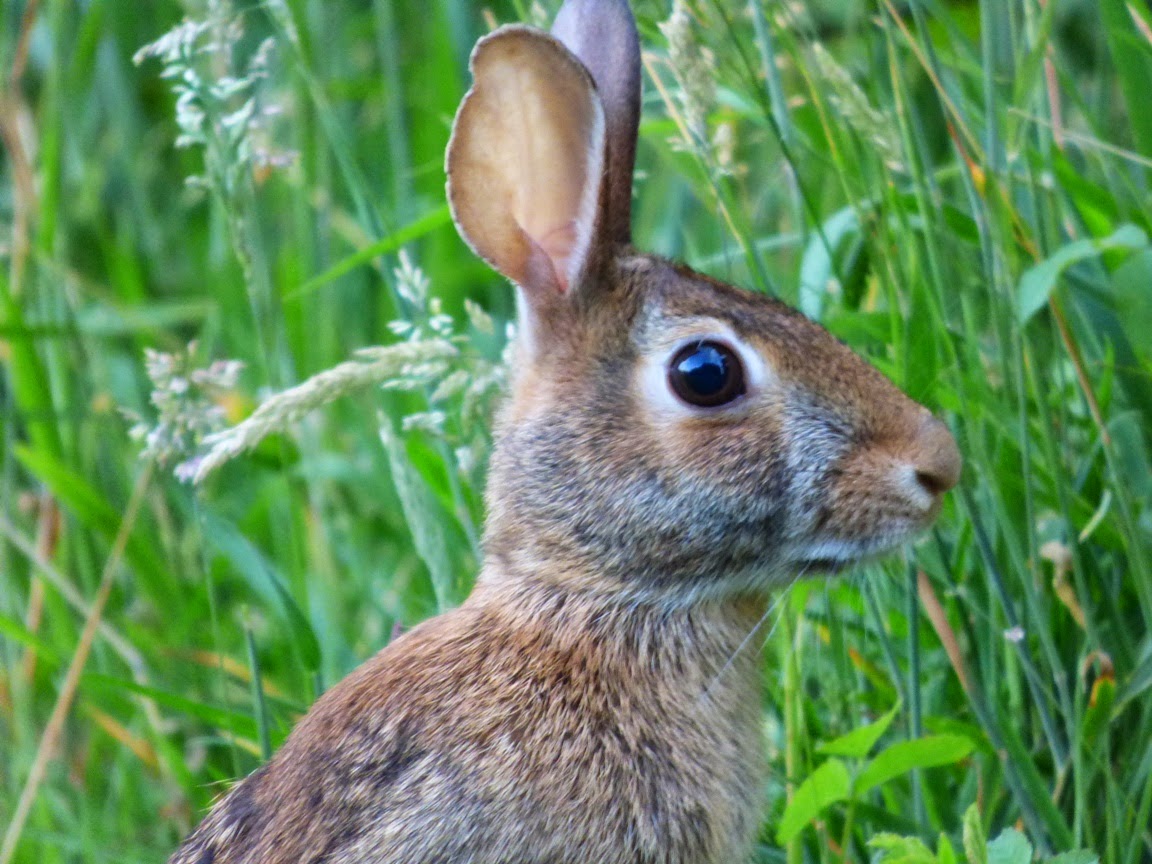 Oh, and there were lagomorphs too! Cute ones. We passed dozens of them grazing in a freeway median of all places (no, I didn't stop on the freeway for the picture; this one was at East Sooke Regional Park). 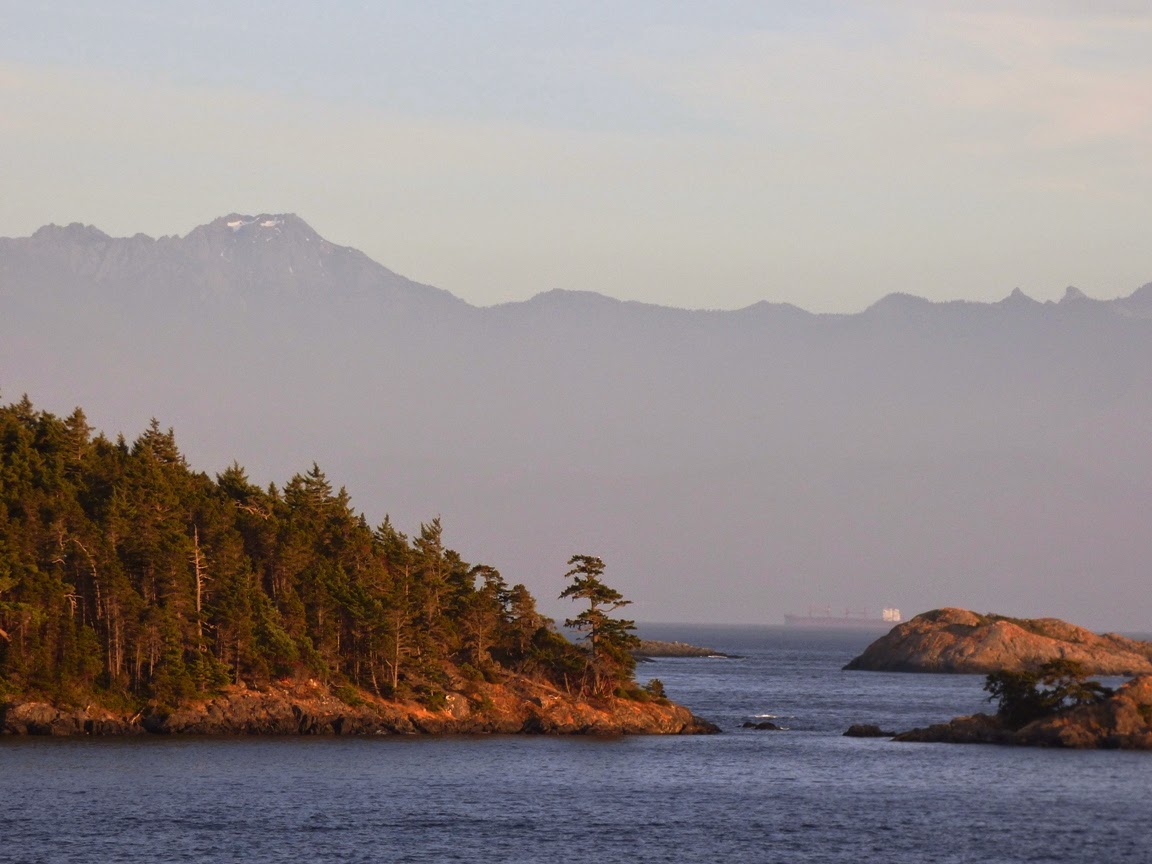 The nice thing about traveling this far north is that the sun sets late (this statement does not apply in winter, though!). We had this wonderful view of the Olympic Mountains across the Strait of Juan de Fuca around 8:30, and still had an hour of light.

I guess I'm still a landlubber though...I love the solid ground and the rocks too much.
Posted by Garry Hayes at 9:21 AM