"Supervolcano" Causes Road to Melt! Hmm, About That... 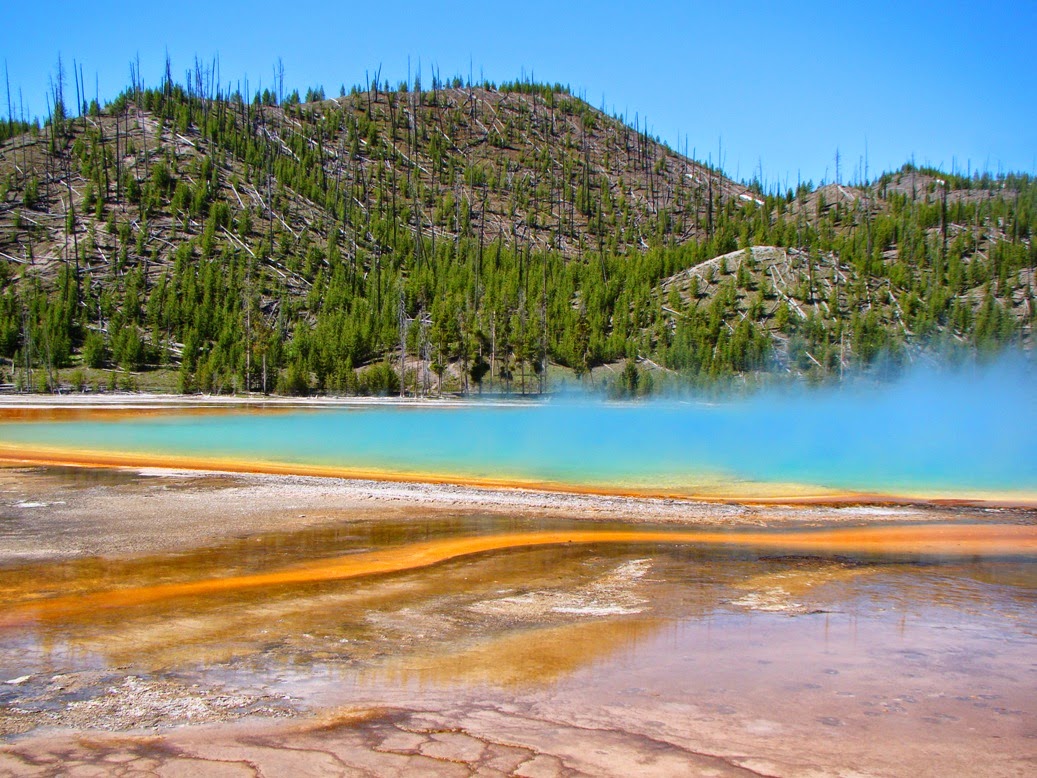 "Parts of Yellowstone National Park closed after Massive Supervolcano beneath it melts road!" screams the headline in a typical treatment of a modest story out of one of our nation's premier national parks. Let's take the fact that there was a modest sized earthquake a few months ago, and add a video of bison running away from (actually trotting towards) Yellowstone, and you have the makings of a huge non-story. The world is going to end because the "supervolcano" is going to explode and kill us all!

Is the story wrong? In a tortuous sort of way, the story is "accurate". Yes, a road was closed "between" Old Faithful and Madison Junction, insinuating that a major throughway is blocked. It's actually a small side road. The melting of the asphalt was "caused by the massive supervolcano". Technically this is true. All of the geothermal features at Yellowstone are caused by the magma chamber of the "supervolcano",  which heats the groundwater, turning it to steam, which rises through the crust to melt asphalt. But asphalt can melt on really hot days in the desert too.

I don't know...I would think that the people who live and work on top of the gigantic "supervolcano" (more accurately termed a rhyolite caldera) would be a little more worried about their well-being if the volcano were about to blow. Instead, here is the original news release from the park: "Firehole Lake Drive Temporarily Closed" . You can just feel the barely restrained panic in the air...

Yellowstone is a fascinating place  with a violent geologic history. But the last eruption was 70,000 years ago. Someday, most likely long after we are all dead and gone, it will erupt again. For the time being, nothing much is happening except for boiling and steaming water. Go see it. And try to ignore the screaming headlines, and enjoy the fact that we have such a fascinating place to see and visit.
Posted by Garry Hayes at 11:08 AM