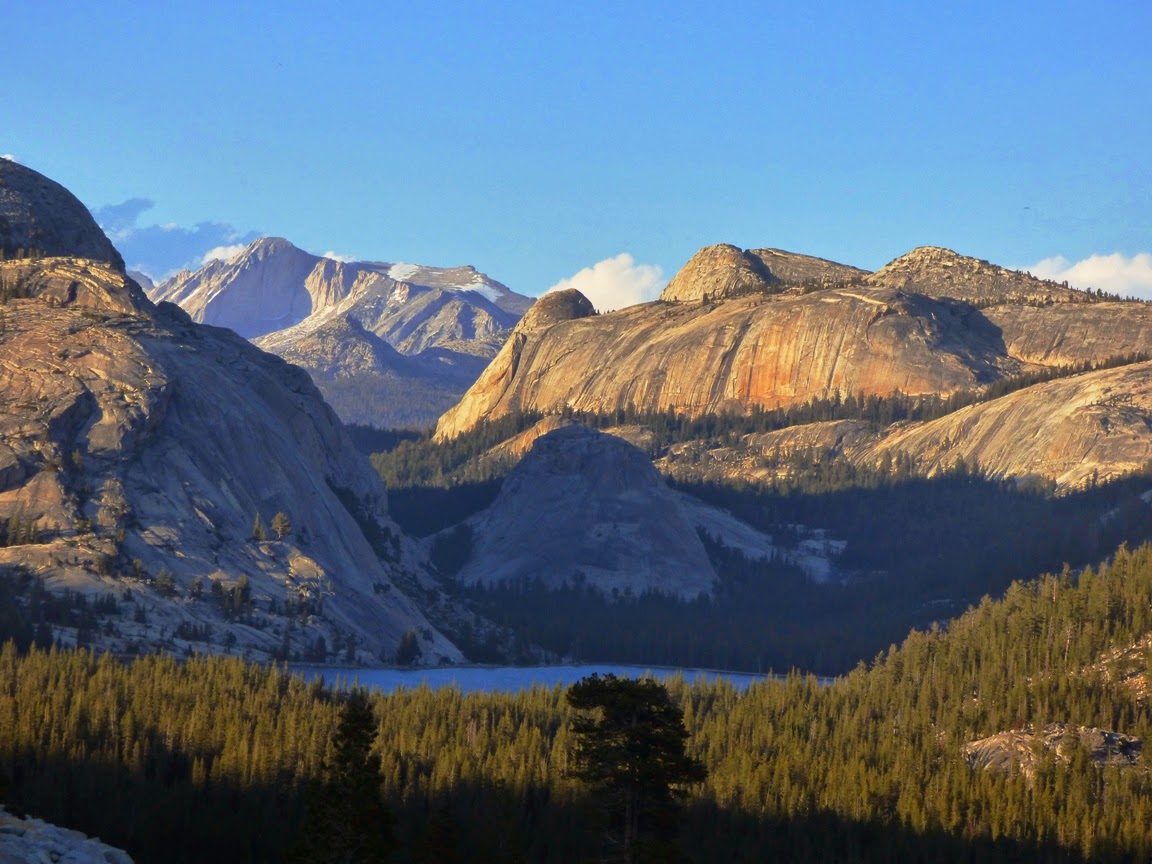 Today wraps up the story of a week-long journey through the deserts of the southwest. I've been telling the story as if in real time, so it sounds like I'm just now arriving home, but actually we finished the trip just over a month ago. It's a time warp of sorts. I'm about to leave on another trip, this time to British Columbia and Alberta.

Coming home. You can live in a boring place, a place that is the worst in the country even, but coming home is coming home. There is the familiar kitchen, the television, the well-worn couch. The weeds. The office. To me, home is something bigger. It's the landscape that surrounds my home region. Basically those places within a day's drive that I've seen over and over. My home starts at the summit of Tioga Pass in Yosemite National Park. It's a three hour drive from my house, but a trip doesn't really begin until we've gone over the summit, and on the return trip we feel home the moment we get there. 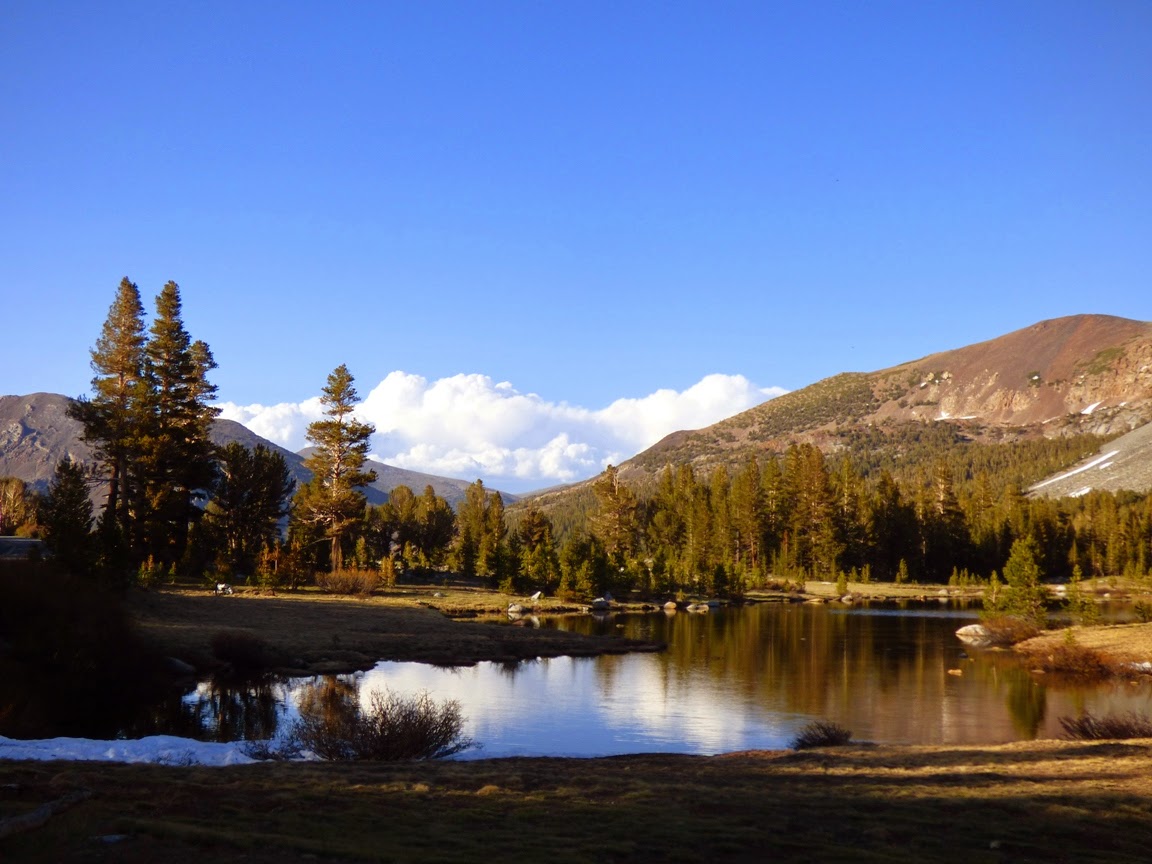 Compared to the dry lands we had just explored, the mountains have a richness of moisture. It's not nearly what it should be, for we are still in the grip of a horrendous drought, but some late spring snow was still lingering in the high places. We felt such a relief at the sound of babbling creeks. 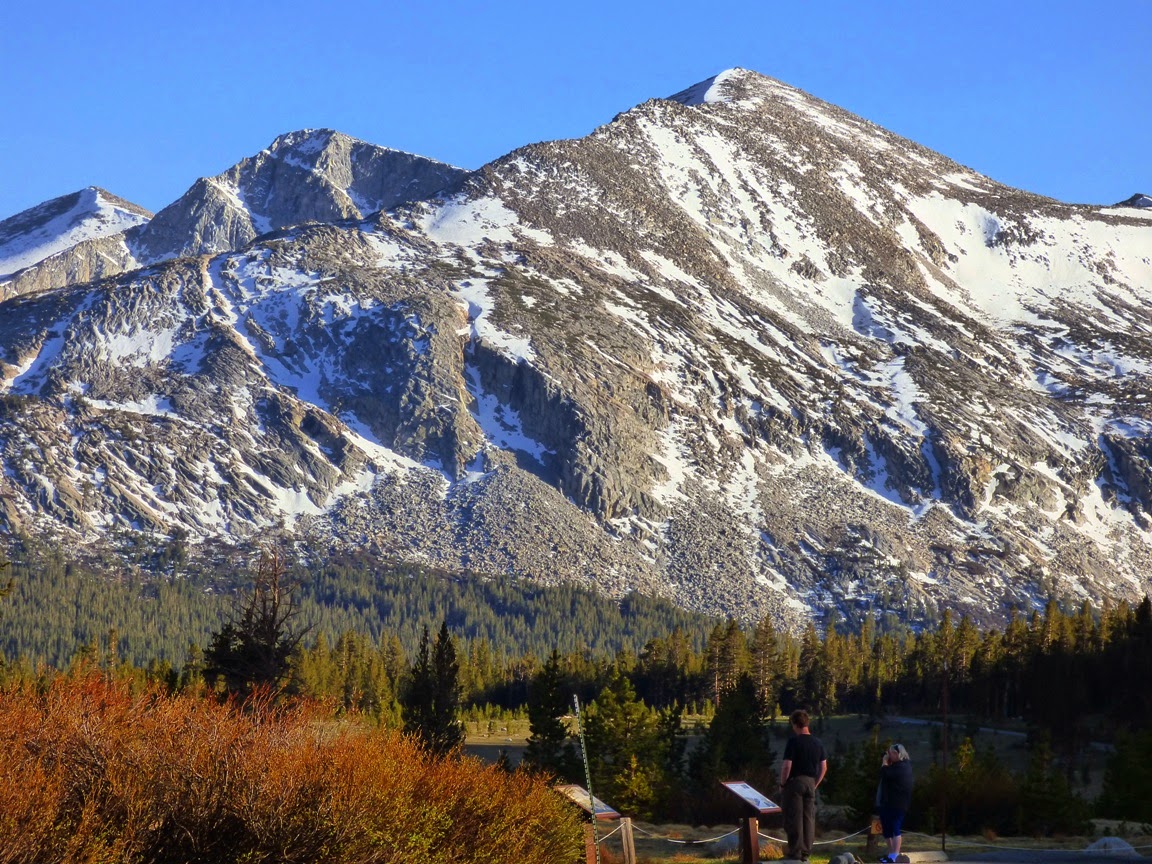 Tuolumne Meadows is the accessible part of the Sierra Nevada crest in Yosemite National Park. The meadows lie at 8,000 feet, and the surrounding mountains reach elevations of just over 13,000 feet. This region was the source of glaciers that scoured the deep U-shaped valleys of Yosemite and Hetch Hetchy. At one time there was an ice cap at Tuolumne that was more than 2,000 feet thick that spilled out in several directions, including Tenaya Creek which holds beautiful Tenaya Lake (top picture). 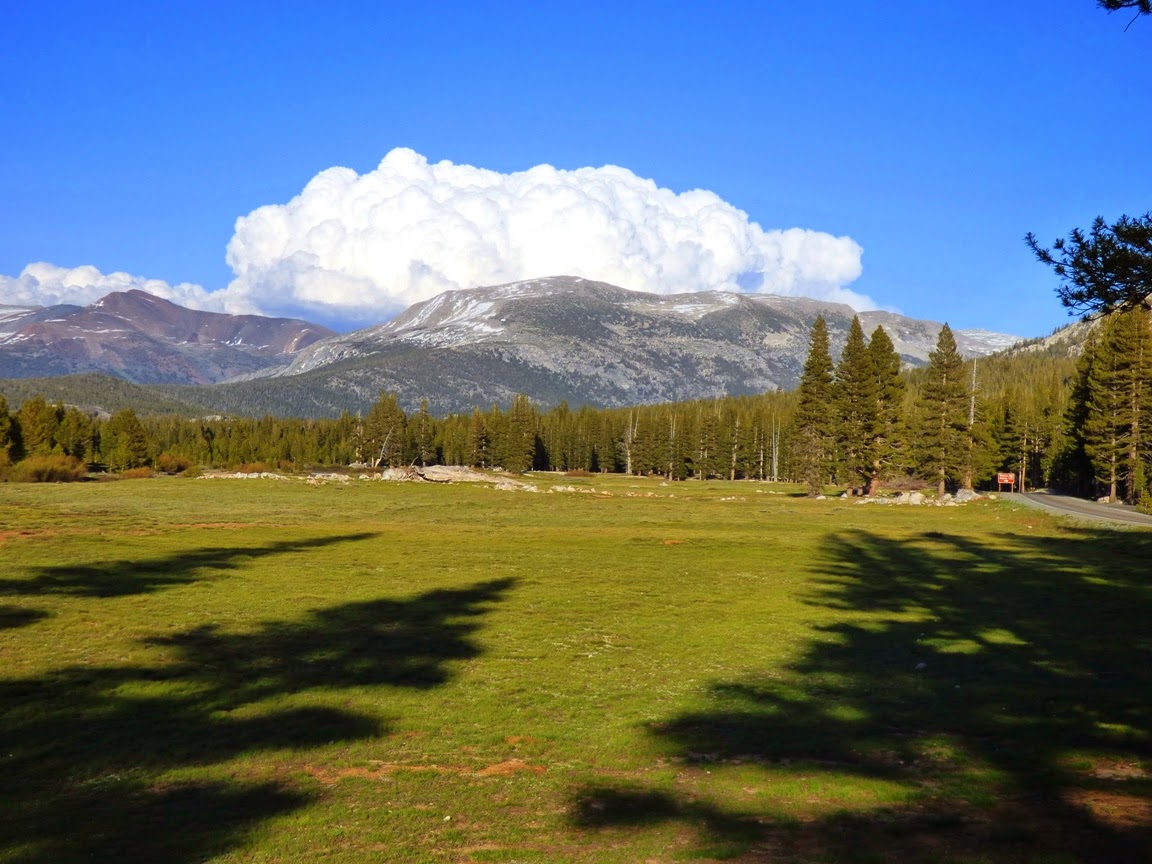 John Muir talked about the Sierra Nevada high country as the "gentle wilderness", and that's been my experience most of the time. I've seen violent storms across the Basin and Range and Colorado Plateau, and some have been terrifying because we were camped out there and had nowhere to hide or take shelter. If a storm blows in while I'm exploring Yosemite, well, we just jump in the car and go home. We can come back the next day. 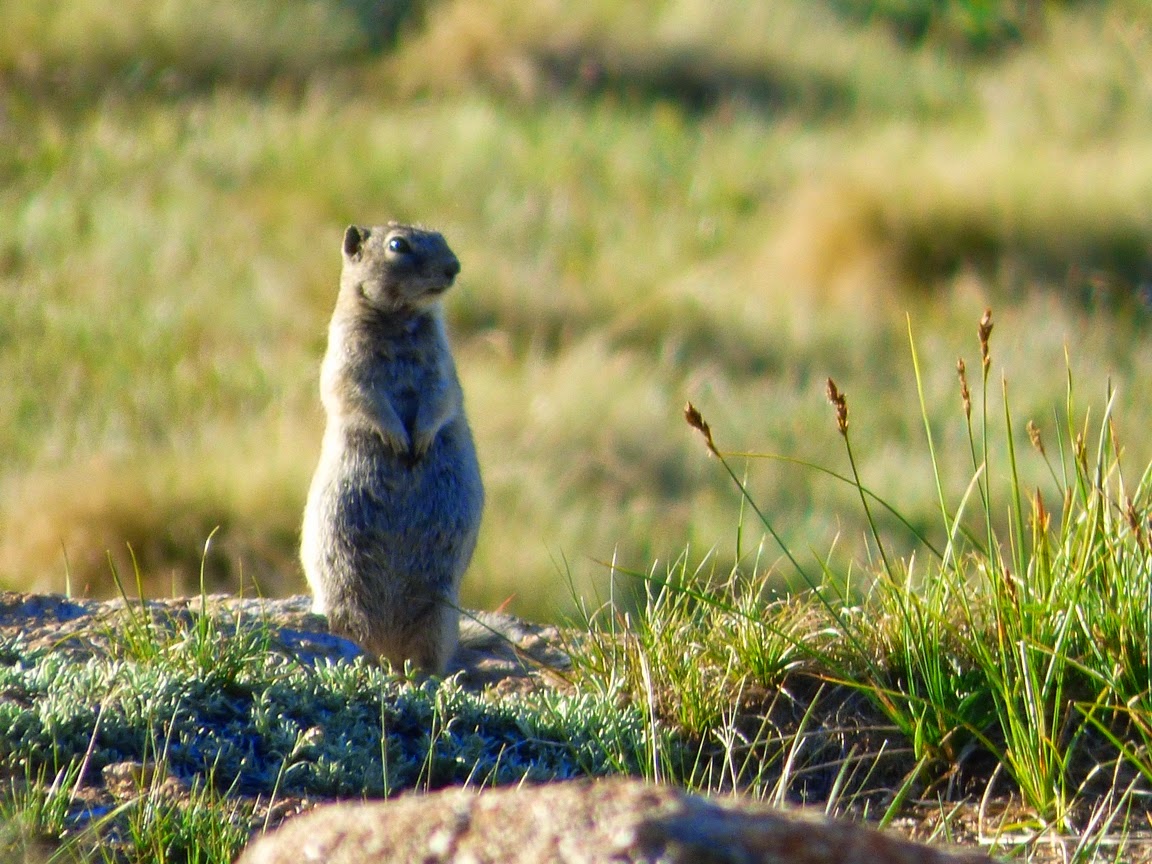 We had already driven three hundred miles this day, so the sun was getting close to the horizon. Photographers say that evening and morning are the best times for good shots, given the nice contrasting shadows instead of the washed out colors from a noonday sun. 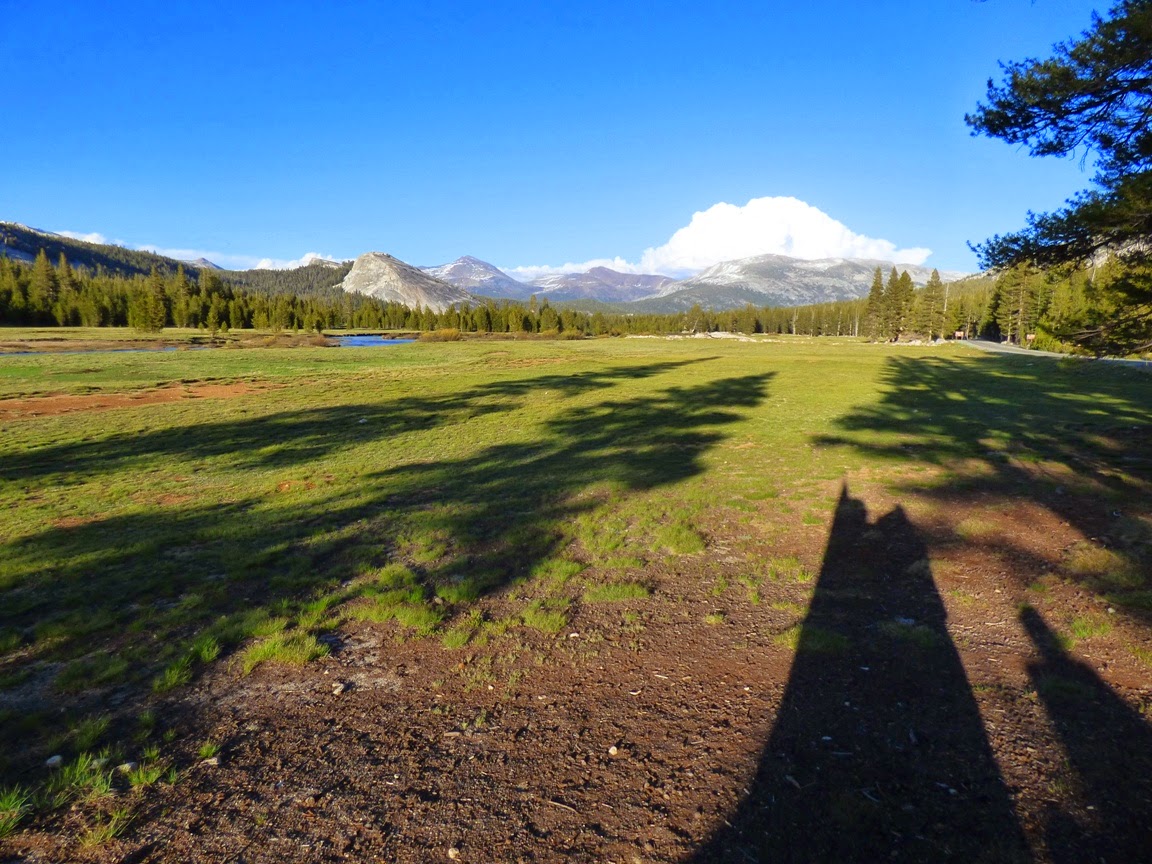 There was a storm over the Basin and Range that we had just skirted. We got a few drops, almost enough to turn on the wipers. From a distance it looked menacing. But all was calm for us in the meadow. 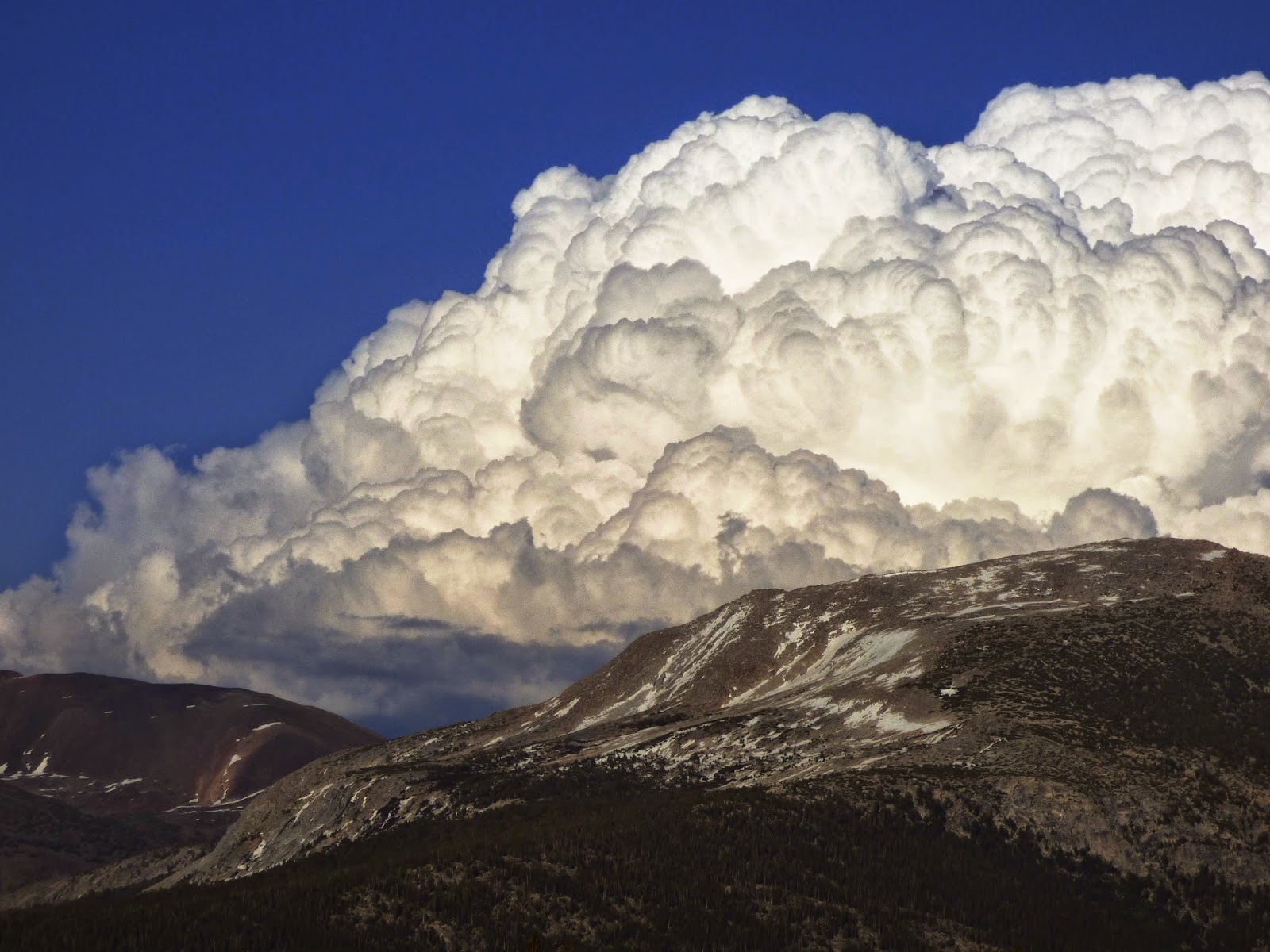 We made a last stop at Olmsted Point for a look at the sunset on Half Dome. We then headed down the hill, and returned to our home. It was nice to be back, but of course a few days of sloth and we wanted to get on the road again. We are restless souls sometimes! No matter how much I travel and love it, there's no place like my home bed.