The "Fingers" of Zion: Another Quiet Corner of a Crowded National Park 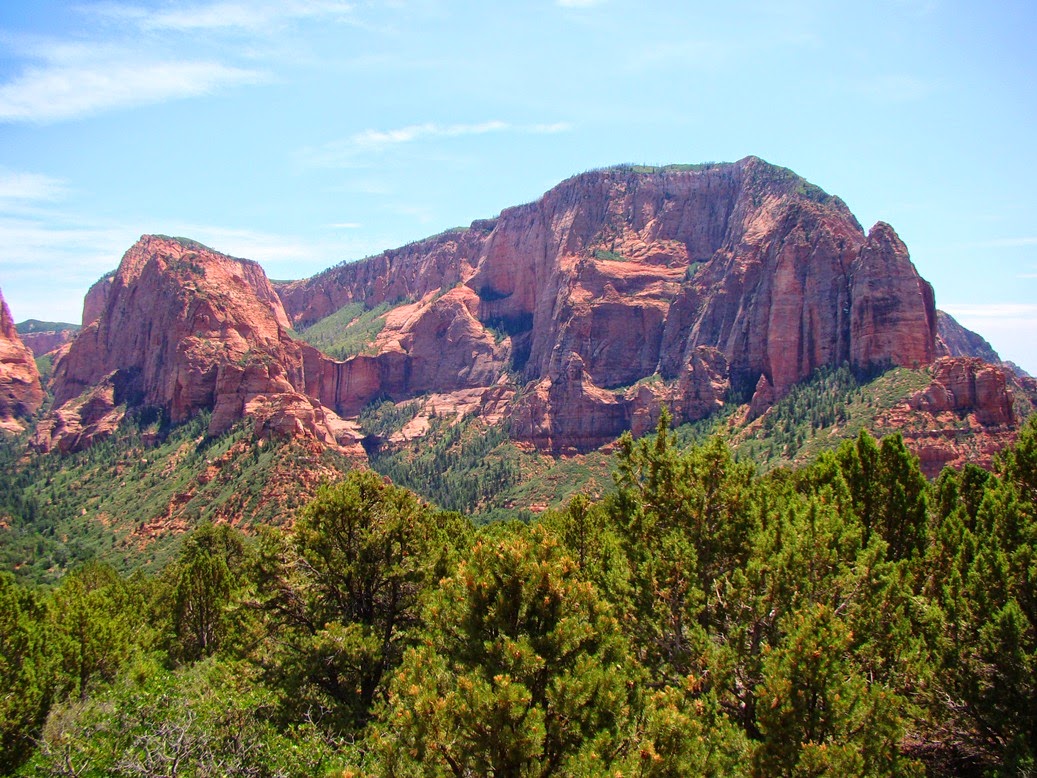 My last few posts have been about finding some quiet corners in one of our busier national parks, the one at Zion Canyon. Sometimes one finds solitude by following popular trails at less popular hours, or by following where the trams go (but not where they stop). One can also explore a number of roads in isolated corners, including the Lava Point Overlook, and today's destination in the Kolob Canyons section of the park. I didn't make it there last month, but paid a visit a couple of years ago. 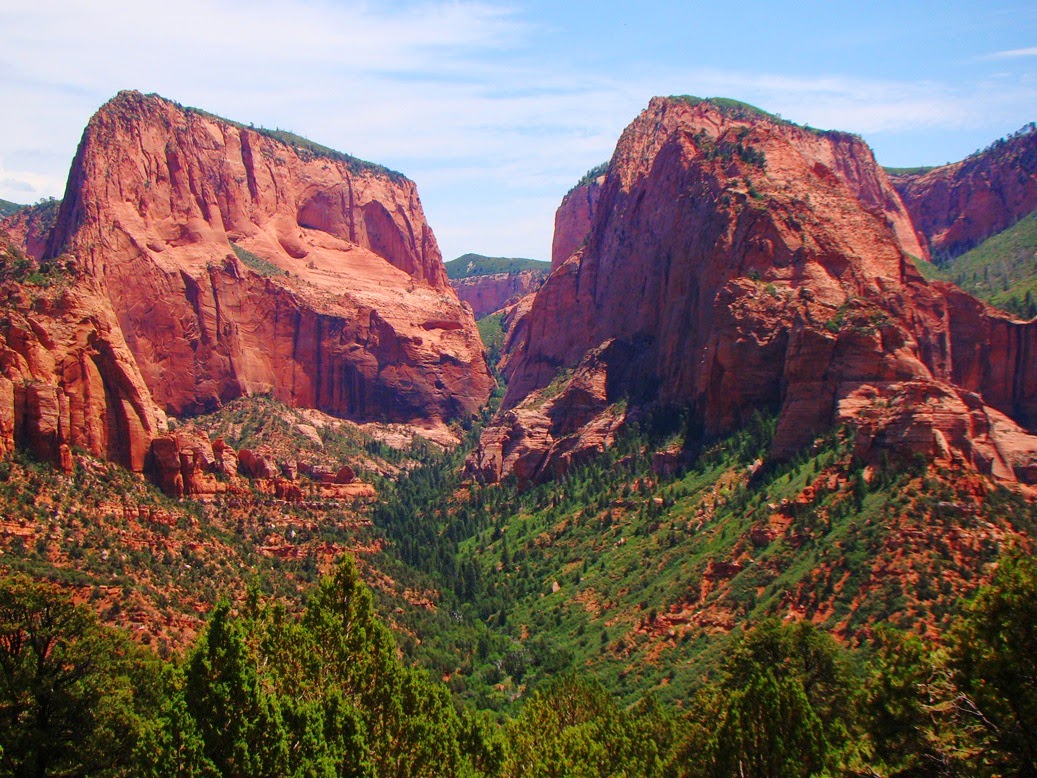 The Kolob Canyons are a northwest outlier of the park, accessed from Interstate 15 between the towns of St. George and Cedar City. There is a small visitor center just off the freeway, and a five mile long road that winds over the ridge to a series of overlooks and trailheads.

The cliffs are composed of the same beautiful Navajo Sandstone that forms the cliffs of Zion Canyon, but here they form a 2,000 foot high escarpment with a series of incised canyons, sometimes called the Kolob Fingers. The escarpment is there because of the presence of a major fault that forms the boundary between the Colorado Plateau and the Basin and Range Province, the Hurricane Fault. 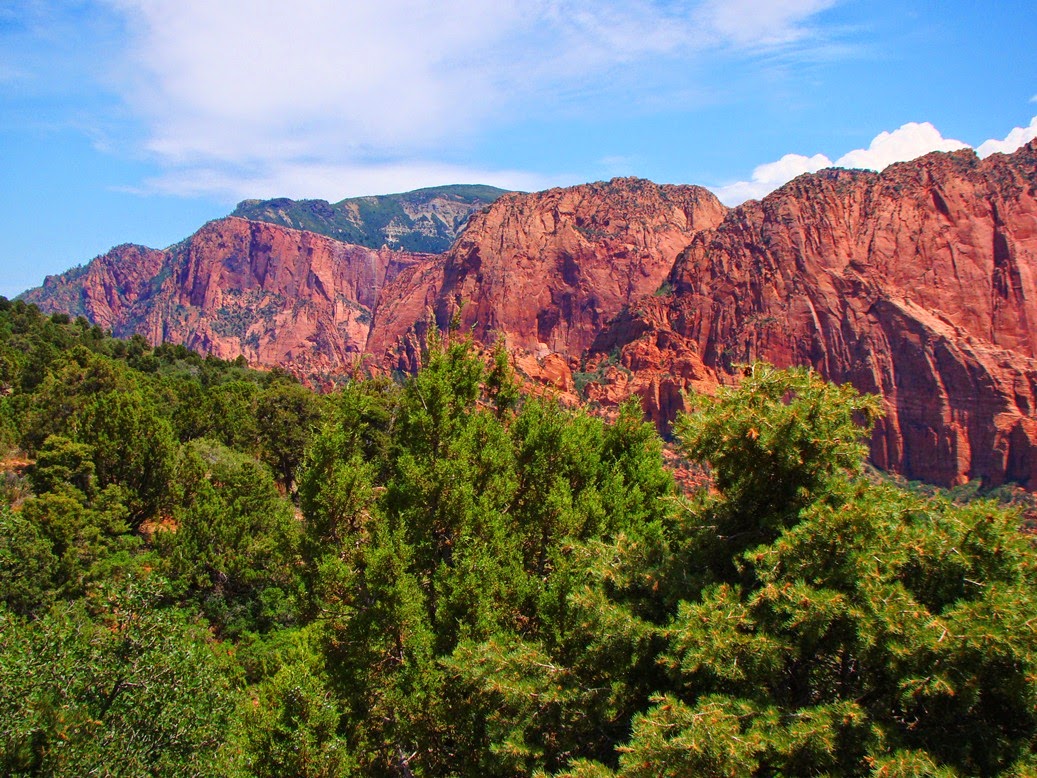 The Kolob Canyons are considerably higher in elevation than the main canyon at Zion, and are proportionally greener as a result. The creeks that carved the canyons were smaller, but several form beautiful alcoves and slot canyons. Trails lead out in several directions, most notably at Taylor and LaVerkin Creeks. 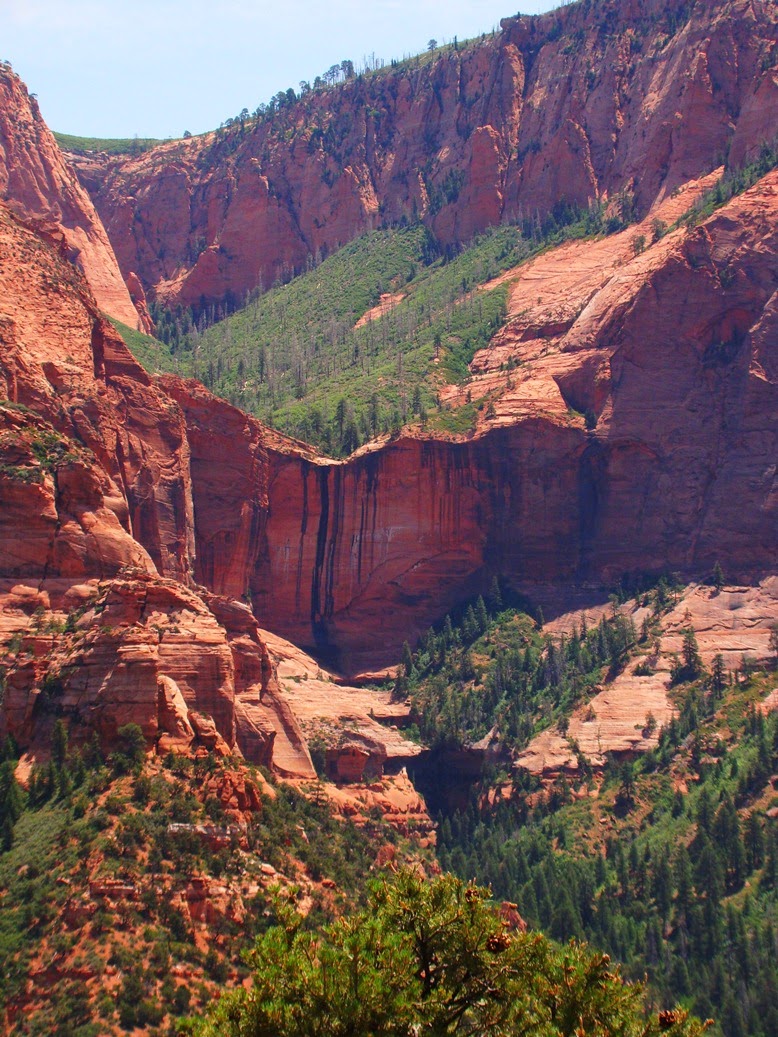 A few of the canyons haven't cut down very far at all, leaving behind hanging valleys, and under the right conditions, high waterfalls. There was just the smallest trickle the day I was there. 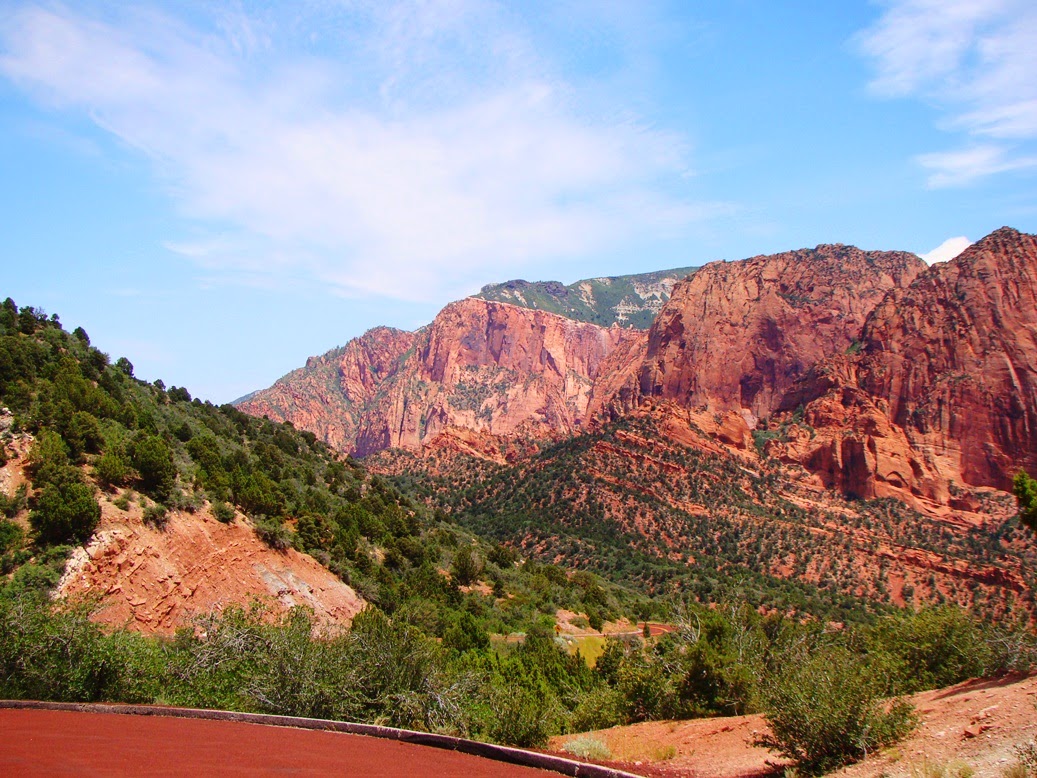 There are actually two fault systems in the immediate vicinity. The more recent Hurricane Fault was caused by tensional stress as western North America moved northwest away from the rest of the continent. But during the late Cretaceous, the region was being compressed by subduction zone activity from the west. The Taylor Creek Thrust Fault formed at that time. It's exposed near the road in several places. 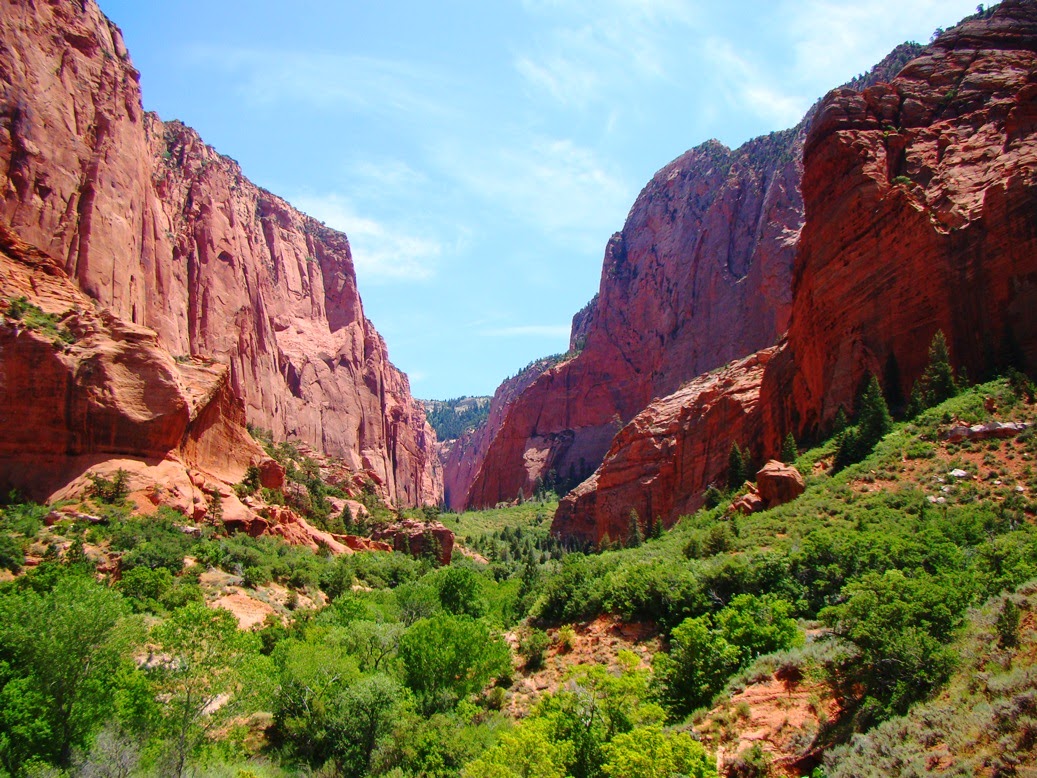 One of my future wishes is to explore some of the backcountry destinations of Zion National Park; there are gigantic arches and strange and wonderful slot canyons like the Subway to explore. One of the great adventures is to walk the entire length of the Narrows of the Virgin River. I haven't yet had that privilege... 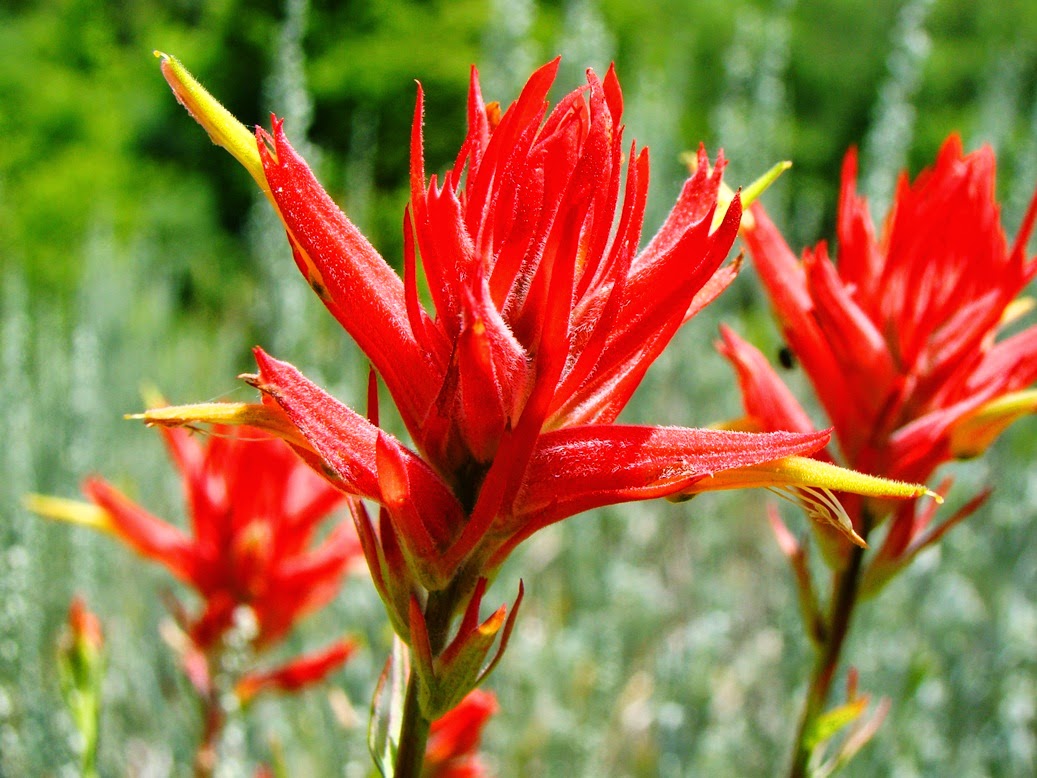 The Kolob Canyons are of a character completely different than the main park at Zion Canyon, both in scenery, and in solitude. If you ever are traveling I-15 towards Cedar City, don't miss it!

Our journey this past June was almost over, but a few wonders still awaited us, out there in the Basin and Range and over Tioga Pass. Watch for the next post!
Posted by Garry Hayes at 12:15 AM