Out of the Valley of Death: Explorations in Red Rock Canyon 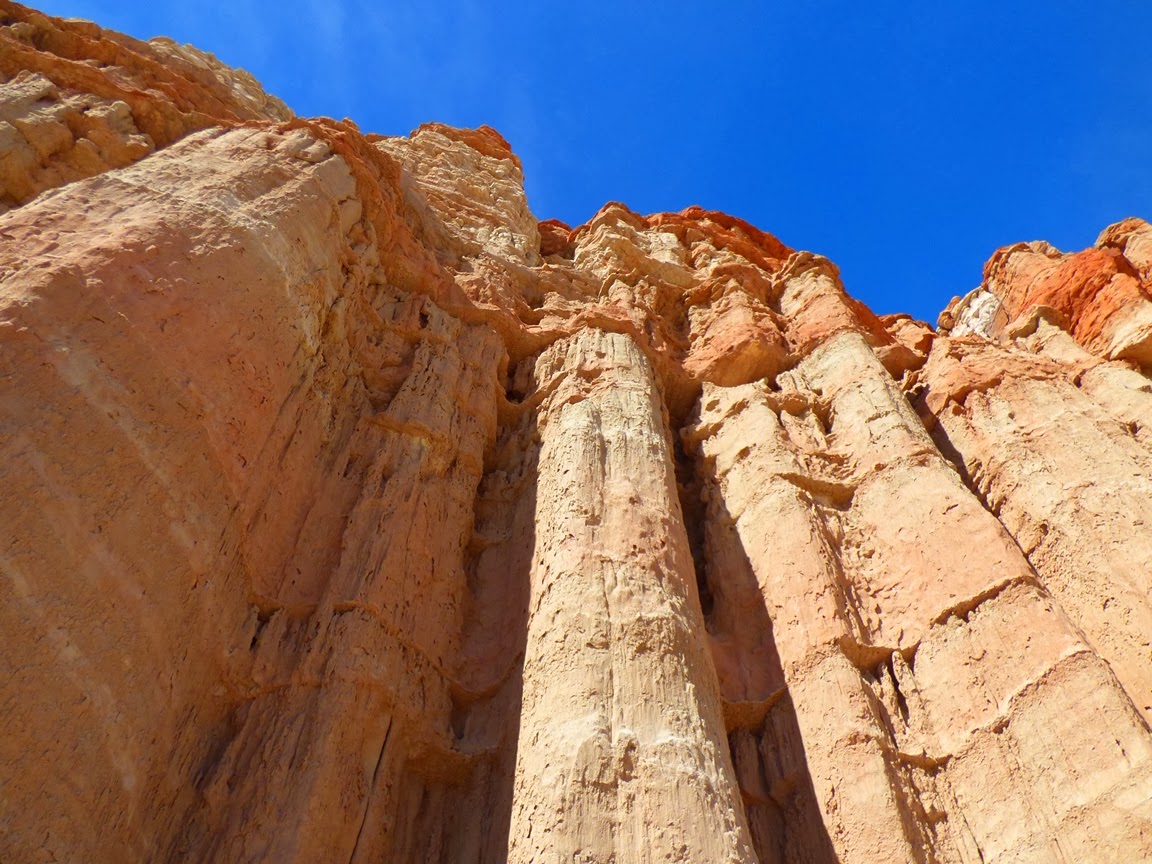 The next stop on our way to Death Valley National Park was one of the most ideal locations for learning the basics of stratigraphy to be found anywhere: Red Rock Canyon State Park in the El Paso Mountains along the Garlock Fault. The park protects exposures of the Miocene deposits of the Dove Springs formation (formerly the Ricardo formation), aged at about 8-12 million years. The formation of conglomerate, sandstone and claystone was laid down in alluvial fans, floodplains, and lakes in a semi-arid savanna environment. The region was home to a vast array of grazing mammals and predators, including extinct elephants, rhinos, three-toed horses, giraffe-like camels, saber-toothed cats, and bone-crushing dogs as well as smaller animals like ancestral skunks, martens, alligator lizards, rodents, and shrews. (follow the links to descriptions of each type of animal on the Los Angeles Natural History Museum website). 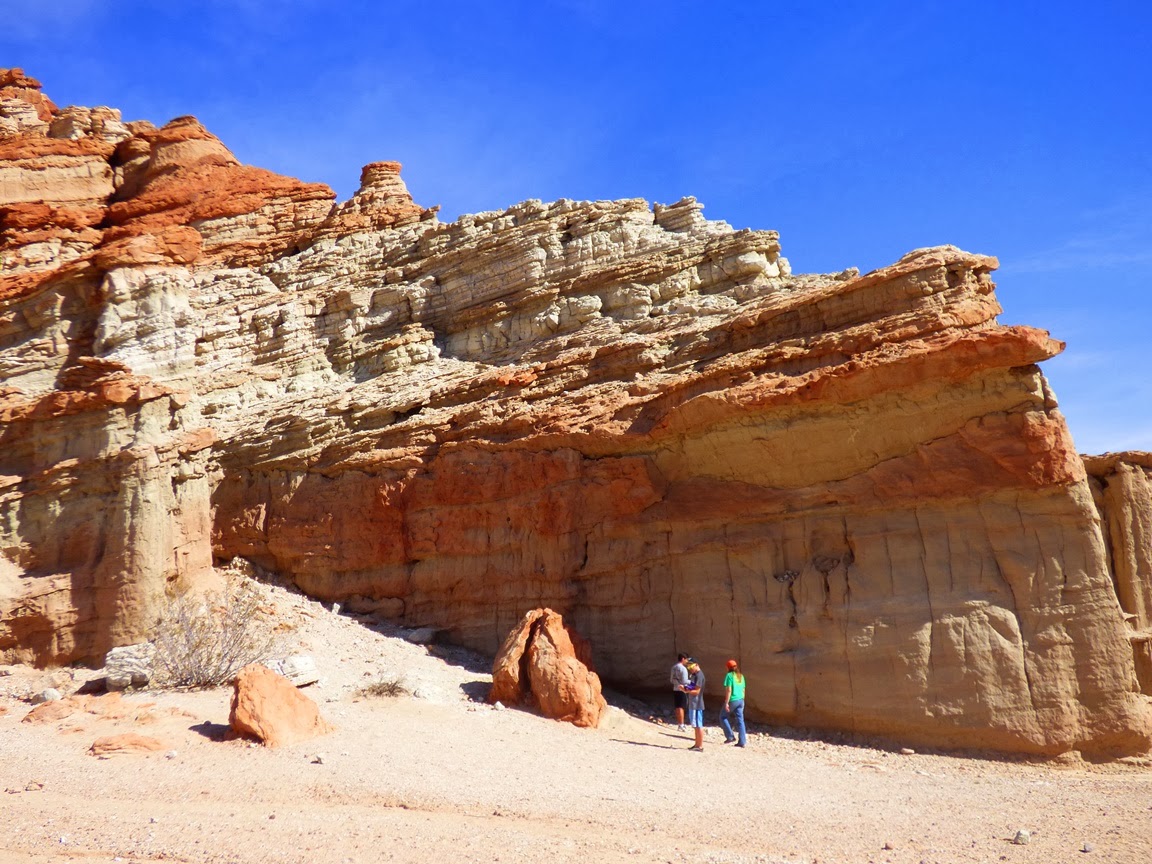 The park has stunning exposures of the sedimentary and volcanic rocks that illustrate many of the basic principles of stratigraphy (superposition, original horizontality, lateral continuity, and cross-cutting relationships). I worked with the students to observe and identify the rocks, and to work out a sequence of events that led to the formation of the exposures. And then I turned them loose to produce a rudimentary map of the geology of the area around the beautiful red cliffs. 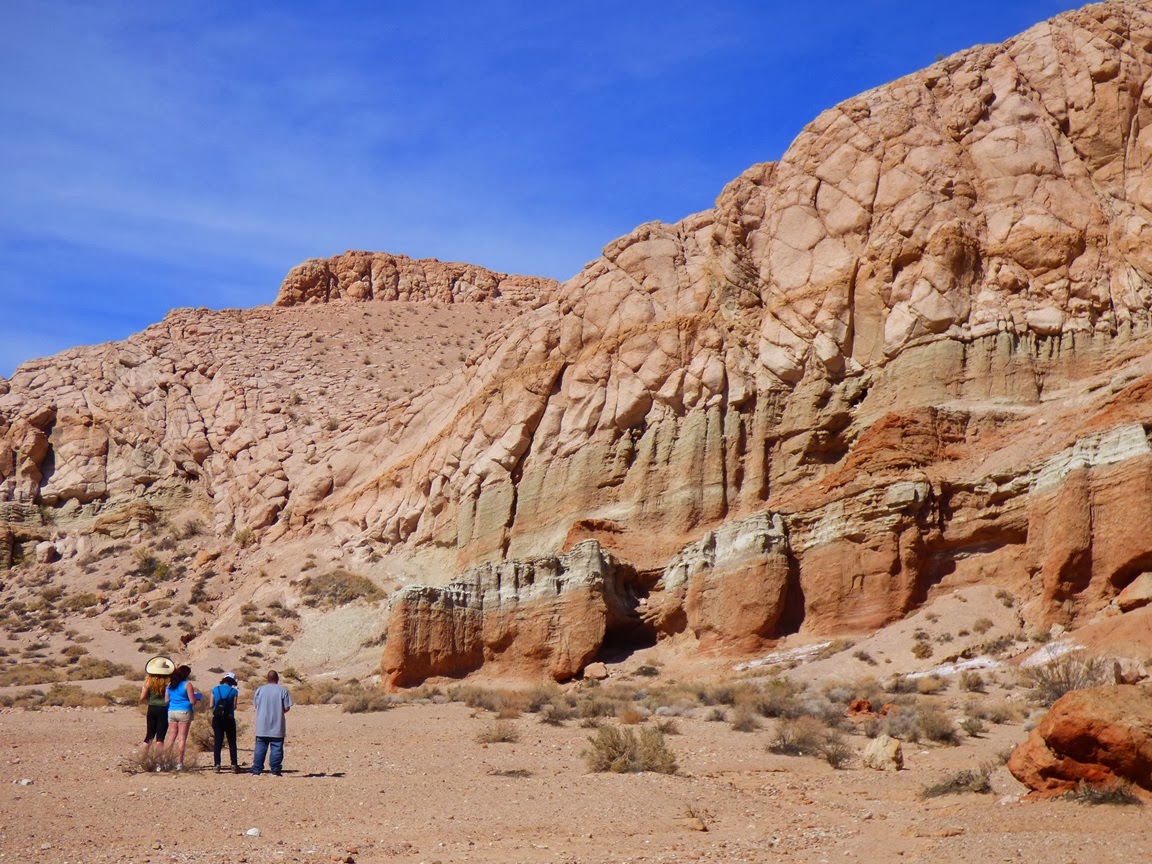 It was February, and the sun was blazing! The temperature topped out at about 90 degrees. In a sense it was quite pleasant, especially compared to the frigid conditions back in the eastern United States, but it was also a reminder that we never had winter this year. There has been so little rain that there are parts of the Central Valley that have received less precipitation than Death Valley. It was a bit disturbing to realize how dry conditions are across the state. 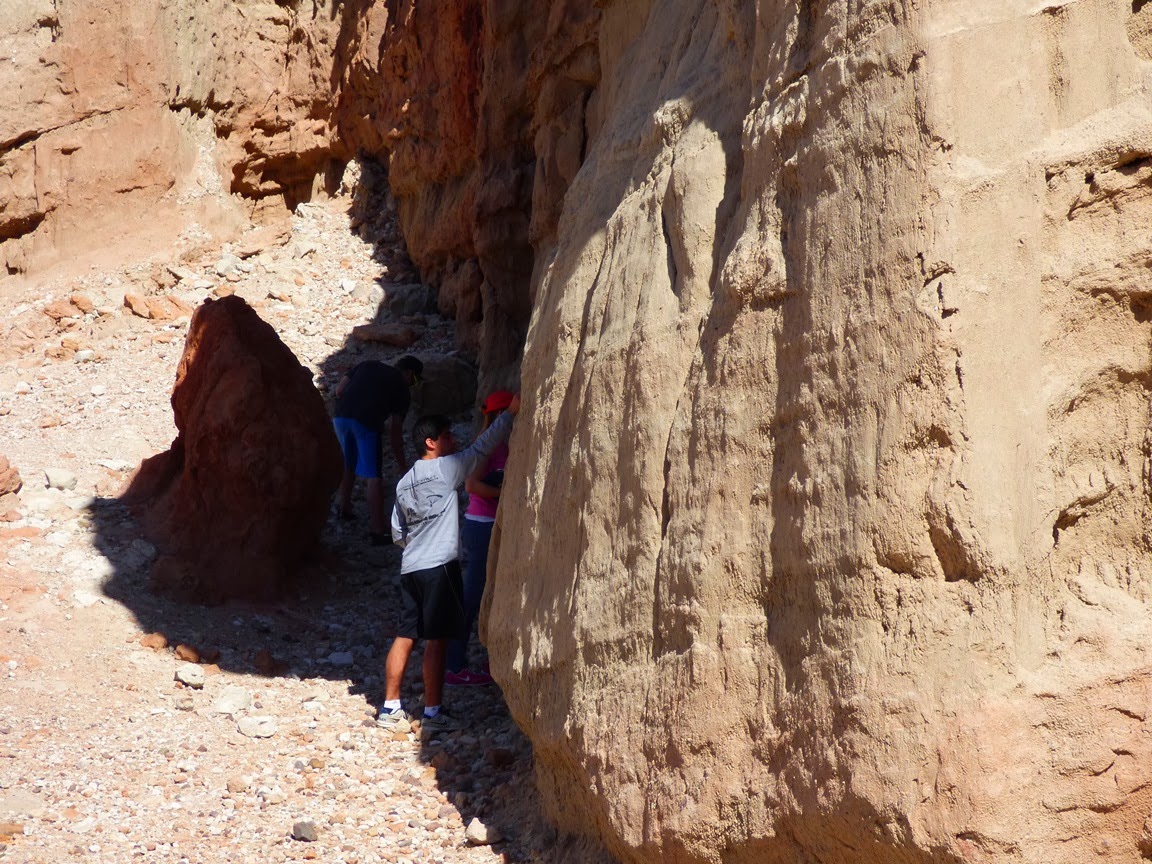 Red Rock Canyon State Park has been the setting for numerous movies over the years, including old-time westerns, but my favorite movie scene was the opening sequence of Jurassic Park, where the protagonists were excavating velociraptors from Snakewater Creek or some such place in Montana. I sometimes find myself thinking "your cute little velociraptors wouldn't stand a chance against our bone-crushing dogs and sabertooth cats!".
Posted by Garry Hayes at 12:17 AM