Out in America's Never Never: Valley of the Gods, where pareidolia runs rampant 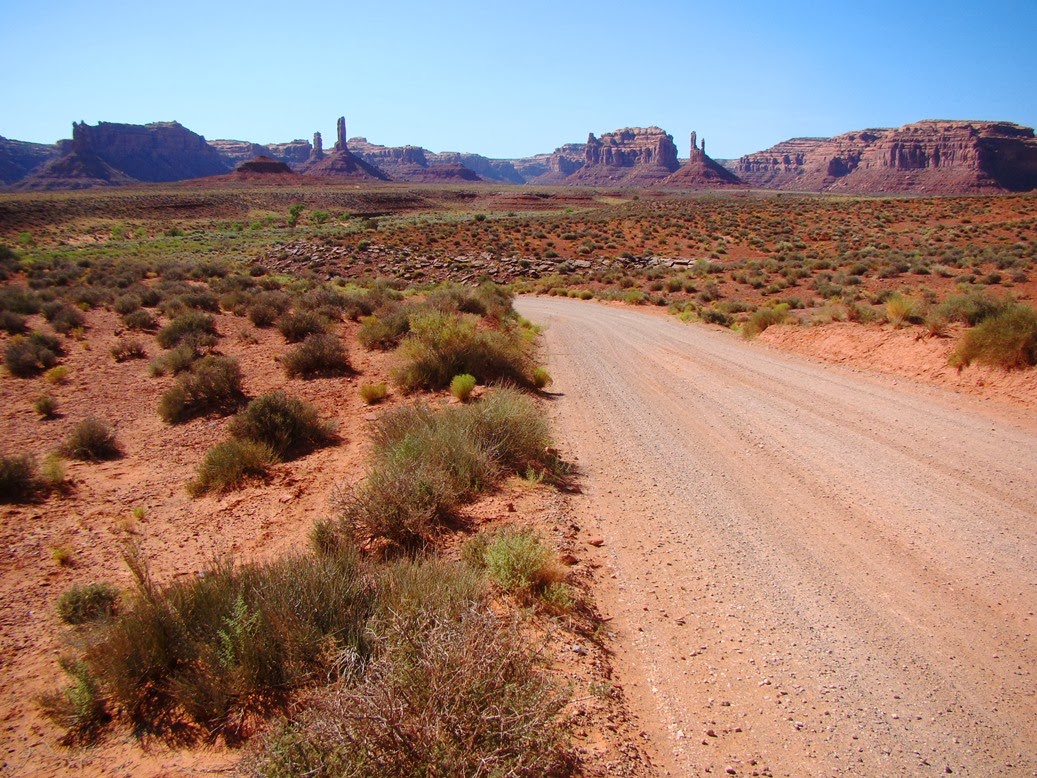 Pareidolia is a very human tendency to perceive faces and significant forms in unlikely places, like on oddly shaped potatoes and burnt tortillas. It is what allows us to see the "Man in the Moon", and what gives rise to names like Owl Rock (in our last post). It's hardwired into our brains, and I wouldn't be surprised if it arose out of a need to recognize the eyes and faces of creatures that in a past era would have eaten us.

Our journey through America's Never Never was in its sixth day, and we were headed into one of the more isolated corners of the Colorado Plateau. After traveling through Monument Valley, we turned north into Mexican Hat, Utah, and headed up a gravel road into Valley of the Gods. This was new for me; in a quarter of a century, I somehow had never found the time to explore the 17 mile loop through a series of amphitheaters along the eastern margin of Cedar Mesa. It was a magical place.


I find myself speculating about the connections between magic and science when I am in a place like Valley of the Gods. Science has given us a "creation myth" about how these rock pedestals formed.  The cliff-forming unit is the Cedar Mesa Sandstone, which formed in coastal dunes and beaches in Permian time perhaps 270 million years ago. The underlying ledge-forming rock is the Halgaito Shale, which formed in coastal deltas and shallow marine conditions somewhat earlier in the Permian Period. The spires formed from cliff retreat as the softer Halgaito rock undercut the sandstone cliffs (I described the process in the previous post). Tricks and variations in the erosional process formed the hollows and shadows that give the pedestals their eyes and faces.
So, who is to say that science has a better explanation for the origin of these features than others who see the shapes and ascribe their origin to gods or aliens or whatever? In ages past there was no technology to truly study the origin of these rocks, and no cultural experience with deltas, or river floodplains, or beaches. The people who observed these towers thousands of years ago were just as intelligent (if not more so) than people today, but they had no experience or written history that could record the appearance of rocks forming today in the environments listed above. So they described the rocks in a way that best explained what they saw within the limits of their technology. They saw people, animals, and monsters, and produced stories and adventures that explained how they could be turned to stone.

Does science deny the possibility of aliens carving these exquisite sculptures, or that gods turned miscreant humans into stone? Actually, science doesn't. It does in fact state that these other explanations could be true but that the probability is extremely low, based on the absolute paucity of supporting evidence. The scientific explanation is supported by extensive and overwhelming evidence. Scientists would acknowledge that the presently accepted explanation could be supplanted were new evidence were to emerge. Indeed they expect such changes in the fullness of time.

Compare this attitude to that of someone who has decided on an explanation, truly believes it, and chooses to ignore any contrary evidence. There is no growth, no increase in knowledge in such an person. Belief doesn't make it real, but evidence makes an explanation more likely. 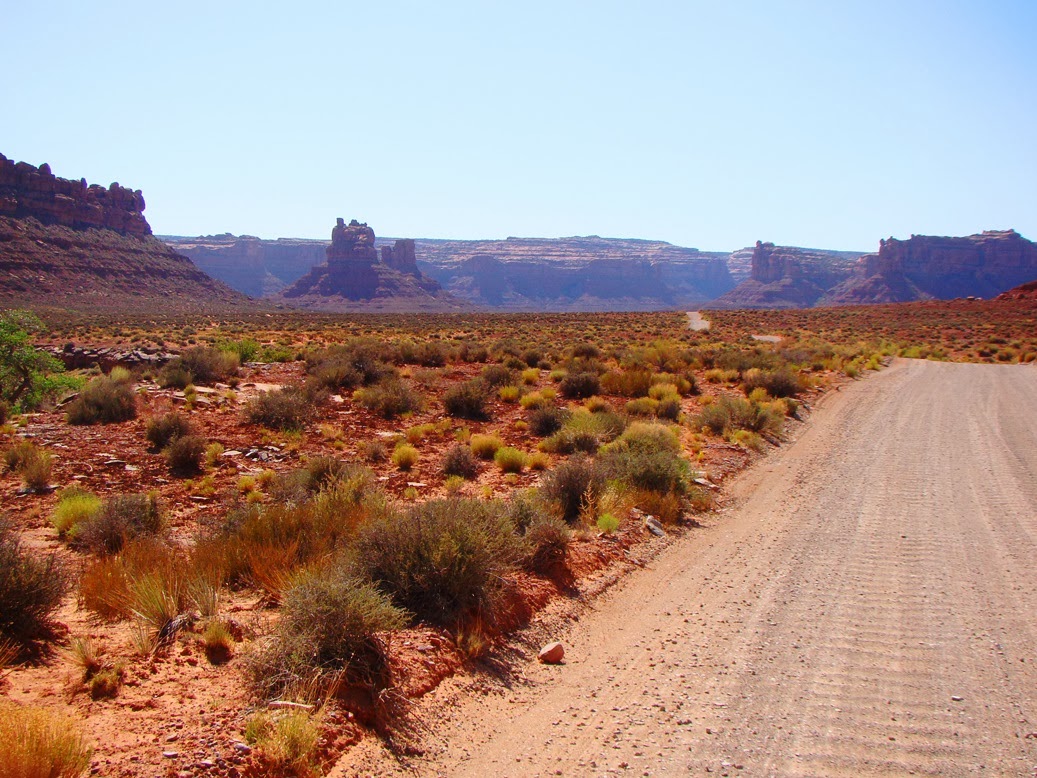 Some might say that science removes the excitement and mystery of a good creation story. I would respectfully disagree. I would say that an understanding of geologic processes leads to more mystery and wonder. Consider the rocks; once one realizes that these rocks were part of a coastal complex, the question arises: where was the ocean and why was it in this place? Today the oceans are a thousand miles away. These rocks were eroded from a mountain range somewhere. Could we find where that mountain range was? Why did those mountains rise? What forces were acting on the crust to cause them to develop? What kinds of creatures lived on these floodplains and deltas? Where did they come from? What happened to them? As it turns out, the world was only a few million years from the worst extinction event ever to take place on planet Earth. Some 95% of all species on the planet vanished 252 million years ago. All these questions invite further study and further growth. Each effort to answer these questions adds to the body of human knowledge. It is a creation story that grows and changes with the addition of new data. 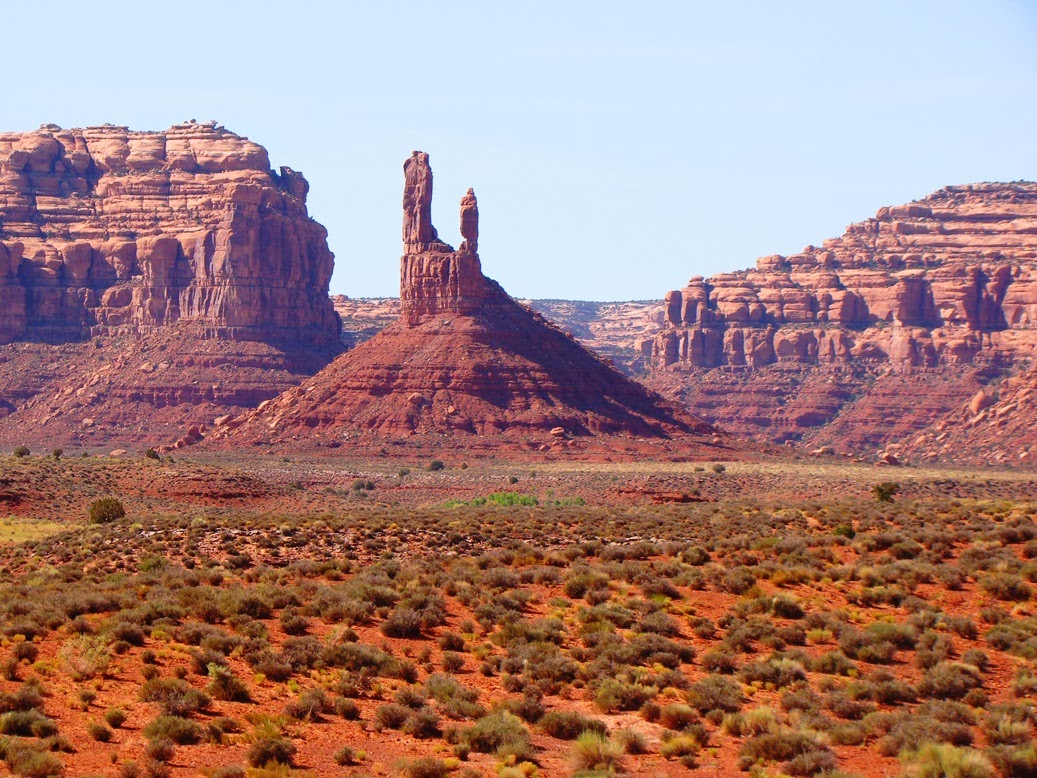 On the other hand, it's fun to play games with these fascinating forms of nature. What do you think they are? 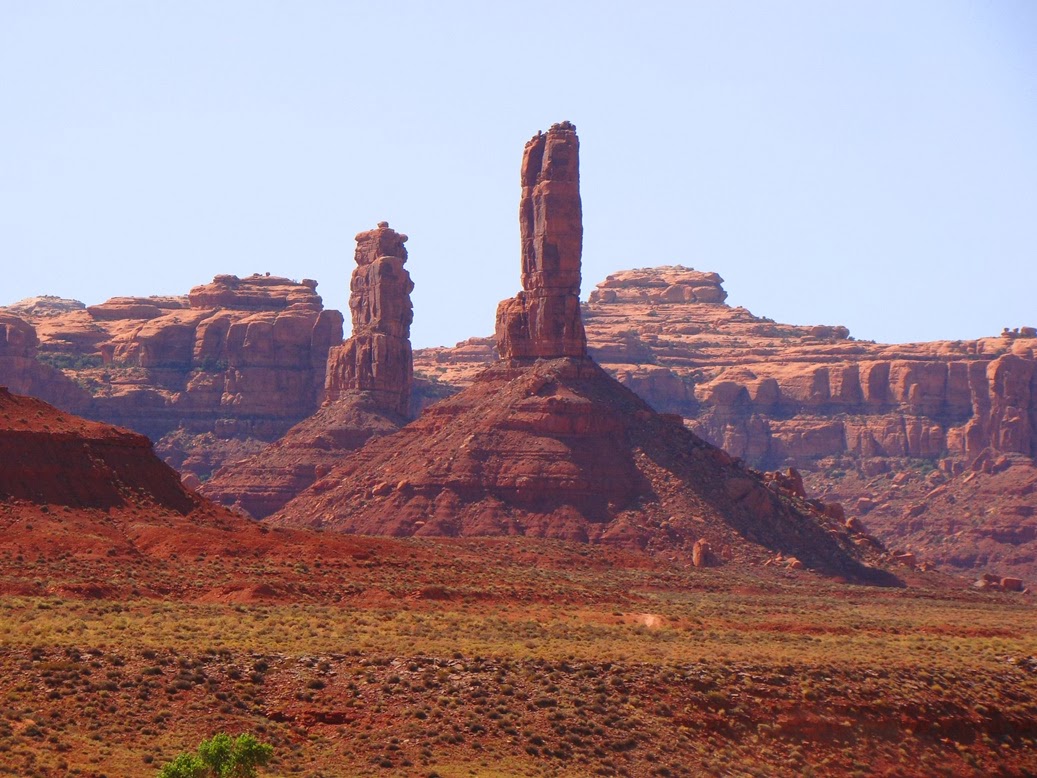 I know this: they are beautiful to gaze upon, even if beauty is a subjective judgement. Did the humans who first saw these desert monuments see them as beautiful? Or were they simply part of a rugged harsh landscape that may or may not be hiding a resource that could extend human life in this tough land?

We passed the base of Lady in a Bathtub (picture below) and drove back down to Mexican Hat for one last stop in civilization. We were headed onto Cedar Mesa, one of my favorite places, and perhaps the spiritual center of my personal Universe. More as this blog series continues.

The loop road through Valley of the Gods is accessed from US 163 out of Mexican Hat, Utah, while the west entrance is on US 261 near the base of the Moki Dugway. There are no facilities along the loop, which is managed and maintained by the Bureau of Land Management. There is a small campsite at nearby Goosenecks of the San Juan State Park, but no water is available. But bring a camera or sketchpad!
Posted by Garry Hayes at 12:20 AM

Many thanks for your brief explanation about how the rocks were formed - (it answered my google question). Like you I continue to ponder the questions about the oceans and the earlier transformations to our world. What may we expect in the future