Out of the Valley of Death: Cutting our (shark) teeth as new geologists

Our recent adventure in Death Valley National Park had some preliminaries. One doesn't just go headlong into the Valley of Death without a bit of preparation. I'm not really talking about survival gear as we face some harsh savage desert, but more preparation of the mind to be able to comprehend the incomprehensible idea of nearly two billion years of geological history. The rock exposures at Death Valley can make geologists from more humid climates cry with awe at the barren naked rock.
But what if you are a beginning geology student with maybe five weeks of an introductory course under your belt? Approaching Death Valley without some background and context is just begging for absolute information overload. So it was that we quietly introduced our students to the world of geology in a gentle landscape.

We left the previous evening, driving for four hours through the southern San Joaquin Valley. I talk a lot about how interesting the geology is in my home turf, and it is, but frankly, it's as interesting to drive through it at night as it is in the daytime! Maybe even more interesting...

We set up camp late at night at Ming Lake in Kern River County Park. We awoke to a strange ropy looking lenticular cloud off to the east (top of the post), and held our first class in the field, discussing the geography of our journey. We would be passing through a sort of structural nexus of California, with six provinces within view this day: the Great Valley, the Sierra Nevada, the Coast Ranges, the Transverse Ranges, the Mojave Desert and the Basin and Range. We talked about how geologists view a new landscape, establishing the types of rocks, and organizing the layers into formations, members and groups. We discussed the rock we could see from our campsite, and what we might find as we looked at it more closely. We reviewed the fossils that might be discovered. And we talked about Valley Fever. 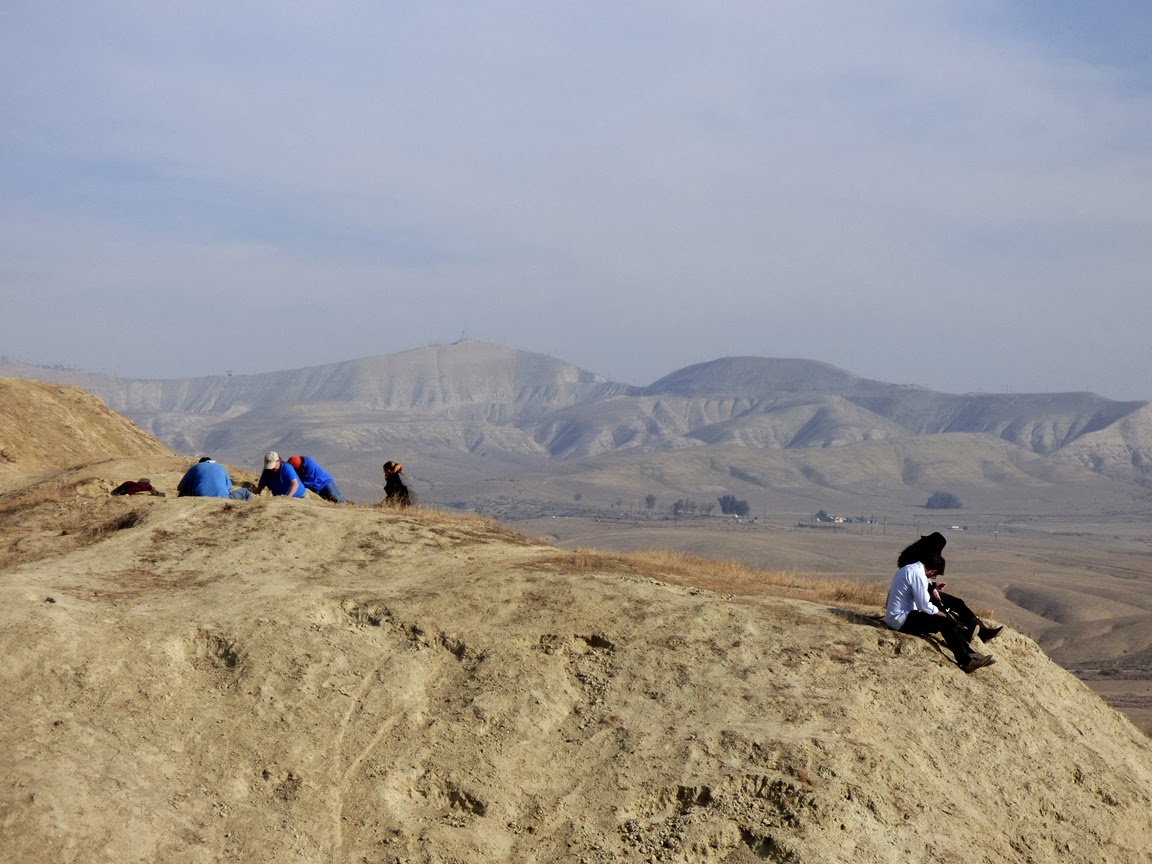 We had been camping at the base of Sharktooth Hill, and we would have a chance to search for fossils in a formation called the Round Mountain Silt. The silt was deposited in a shallow sea that had existed here for many tens of millions of years in Mesozoic and Cenozoic time. Though the seas were shallow, the sediments were deep in this region, exceeding 50,000 feet. About 20 million years ago, large numbers of sharks and sea-going mammals had died in the region, and their teeth and bones were widely distributed. The number of teeth discovered thus far on Sharktooth Hill proper number in the millions, but the land is privately held (occasional digs are offered through the Buena Vista Museum of Natural History in Bakersfield). We would instead check out some more limited exposures on public land nearby. Some diligent searching usually ends in a few exciting discoveries.

The search was tempered somewhat by the knowledge that the fungal spores that cause Valley Fever have detected in these soils. The students were very cautious about raising any dust, and some wore face masks.

After an hour, a number of students had made some exciting discoveries. For most of them, it was the first time that they had discovered a fossil in place. There are around two dozen species of shark teeth known from these beds, as well as the fragments of bone from marine mammals like dolphins, whales, seals, and large extinct manatee relatives. Upwards of 140 species have been recovered from these layers, making it one of the most significant paleontology localities in the state of California. 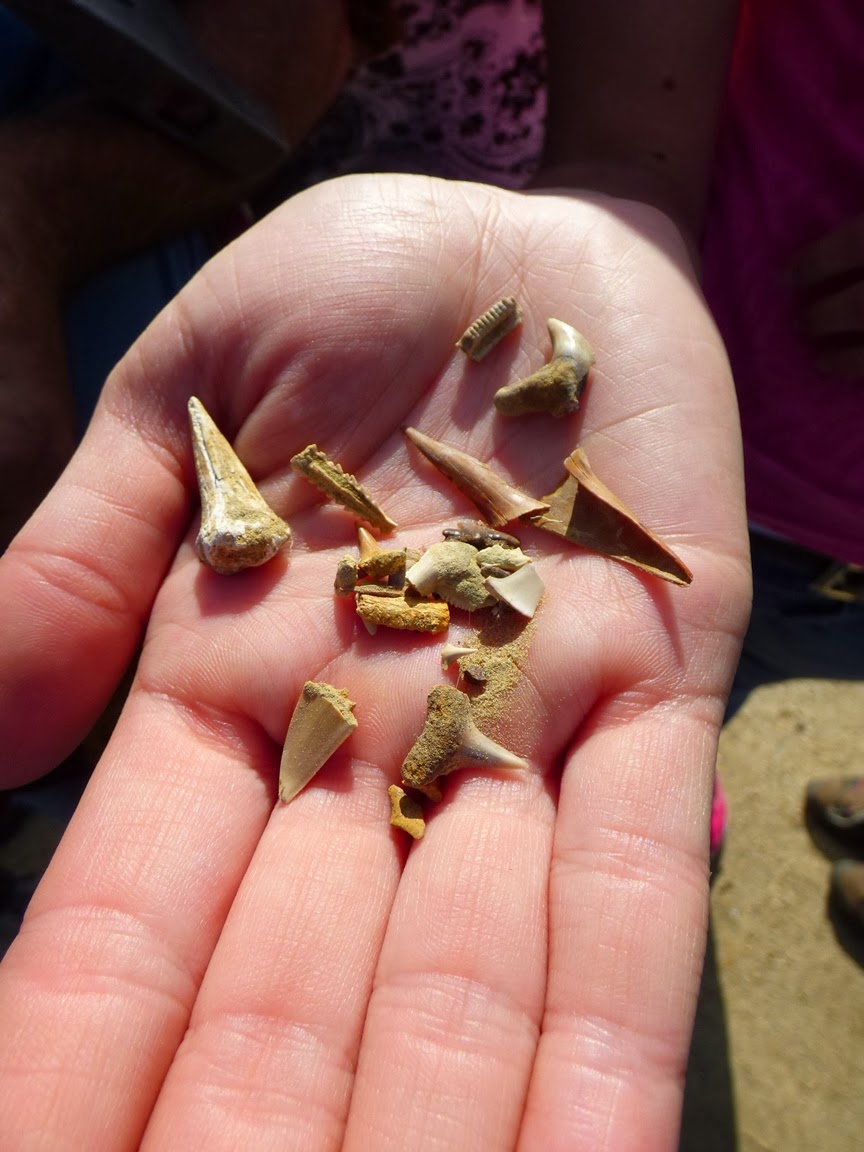 My discoveries were modest, a few shark teeth and the tooth of a ray or skate. I spent most of my time helping the others develop the "eye". This usually involves finding a tooth in place, and letting them know it is in an area of a couple of square yards. With the confidence of knowing the tooth is actually there, they usually find it in short order. 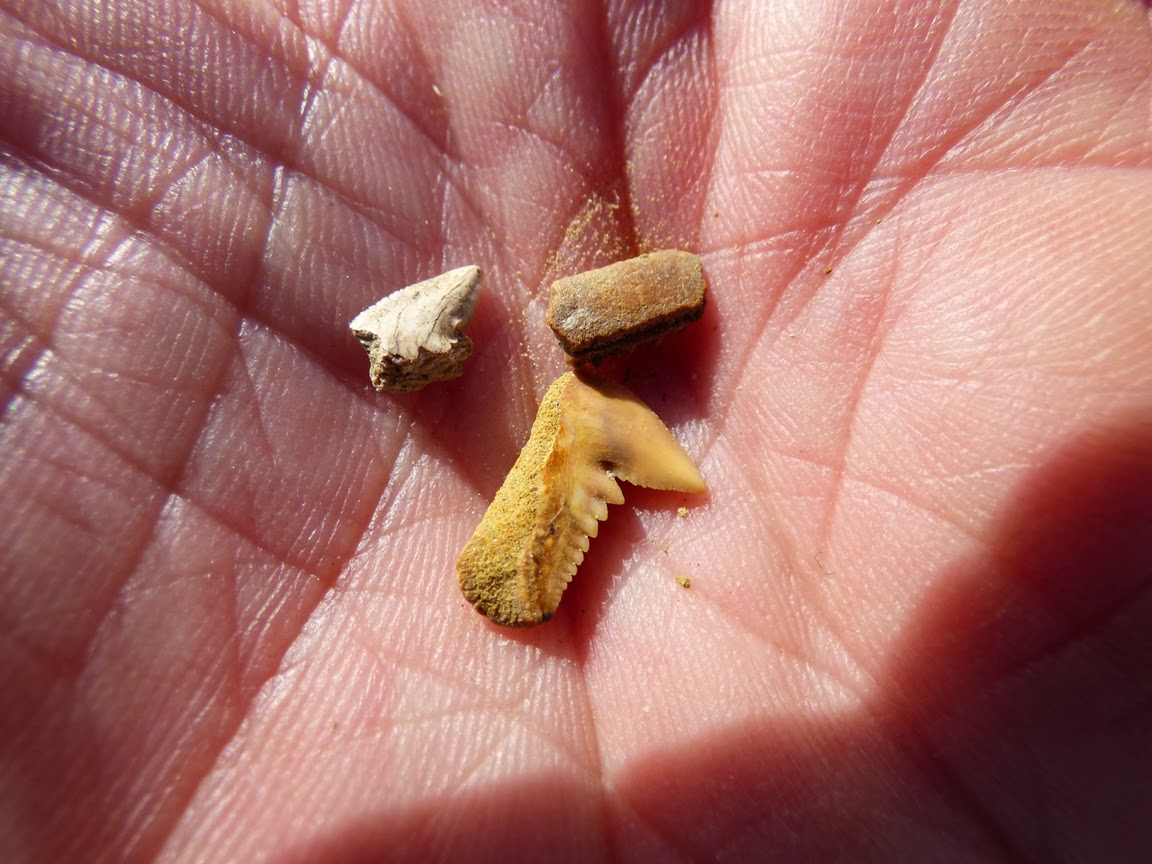 With our introduction to geological interpretation complete, we headed across the oil fields of Bakersfield towards Highway 58, Tehachapi Pass, and the Mojave Desert. We were headed towards one of California's greatest state parks, Red Rock Canyon. Our trip had begun in earnest. 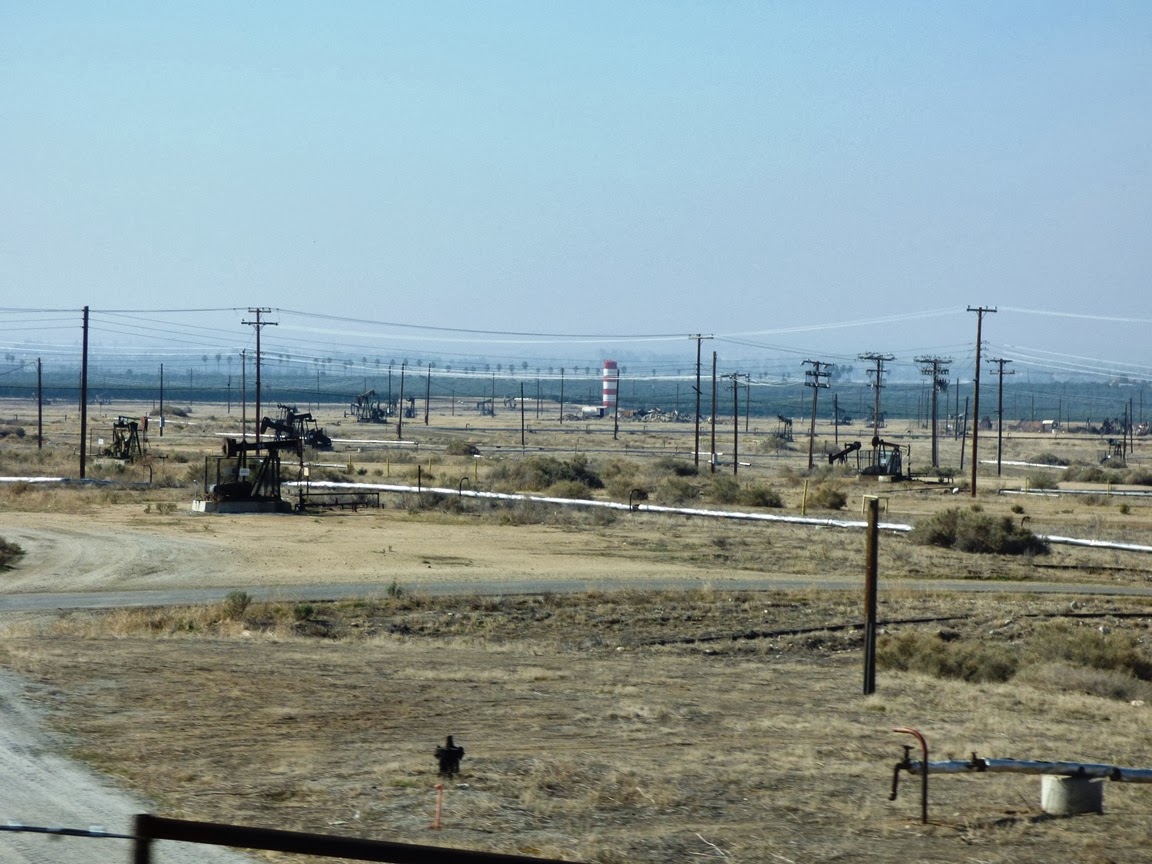 When I was a little girl, my mother, a biology student with a deep interest in geology at Cal State Fresno, took me to hunt for sharks' teeth on that hill. She later set them in hard resin in an ice cube tray, and I was allowed to take them to show-and-tell at my elementary school. I never got to show them because the teacher allowed the students to vote on what would be shared, and some girl who'd brought her new fashion doll won the election.

If I recall, I'd even memorized the name of the geological era and the time frame. Pretty impressive for a 3rd or 4th grader.

My fascination with palaeo started with hunting for sharks teeth in the desert, but my desert was the Arabian Peninsula of Saudi! We had them made into necklaces etc. I still have lots of the books that we used to ID them all too :)