Vagabonding Across the 39th Parallel: Leaving Behind the Colorado Plateau (almost) 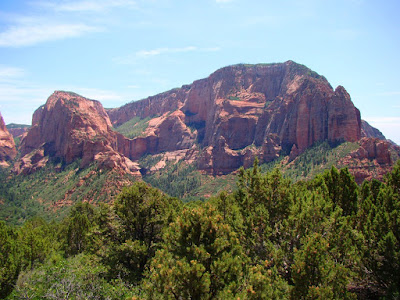 The crowds were building in Zion National Park that morning in July, one of the last days of our vagabonding journey across the 39th parallel. It was time to get away. We were examining the geology of a swath of Colorado, Utah and Nevada, exploring as many new places as we could find. After two weeks on the road we were tired, dirty, and actually not quite ready to leave the beautiful Colorado Plateau. Surely there was one more place we could find before we set out across the Nevada desert? 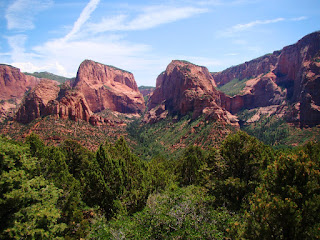 Zion Canyon has sometimes been described as being like Yosemite Valley but without the glaciers. I find that spurious, as each park is unique beyond comparing, but there is one distinct similarity: most of the millions of visitors concentrate in the valleys, and far fewer people visit a particularly spectacular area of each park that is remote and higher. In Yosemite, that place is Tuolumne Meadows. In Zion, it is the Kolob Canyons (also called the Kolob Fingers). 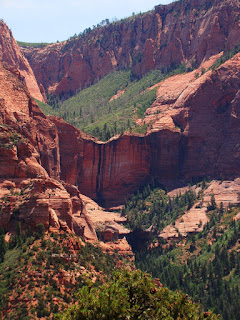 The Kolob Canyons Section of the park is accessed from Interstate 15 between St. George and Cedar City, which just happened to be the route we were following that afternoon. We turned off and followed the five mile road to the end. There are no campgrounds or developments beyond a small visitor center near the freeway. There are a couple of trailheads that provide access to some pretty spectacular wilderness areas in the higher reaches of the park, including the Kolob Arch, which has been claimed as the largest free-standing arch in the world. 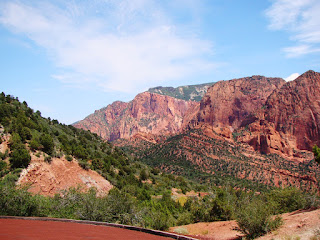 The Kolob Canyons are smaller than the gorge of Zion Canyon, and formed not from headward erosion of the Colorado River system, but from erosion along the scarp of the Hurricane fault. The Hurricane is a normal fault (east side up) that marks the edge of the Colorado Plateau in this region. Elevations are higher, so more vegetation is present to contrast with the red sandstones. 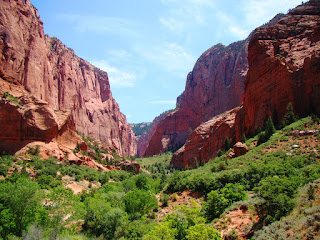 It had been a wet year, so wildflowers were relatively easy to find. Below is some Indian Paintbrush that we found near Taylor Creek.

It was peaceful, and hardly a soul was to be seen on the road. But it was getting late, and we still had to cross most of Nevada. We headed out to Cedar City and then set out across one of the loneliest stretches of the Basin and Range province in Nevada. No, not the tourist-filled Highway 50, but a really lonely road that drives people to distraction and hallucination. 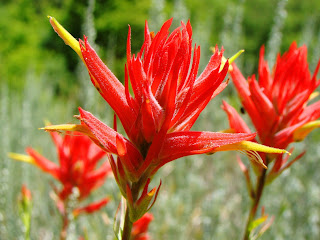 Highway 375: The Extraterrestrial Highway...
Luckily we weren't abducted and experimented on, at least as far as I know. We passed Area 51 somewhere out there, and had a nice moment looking at a herd of wild horses. 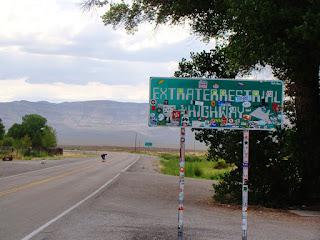 We pulled into Tonopah and settled in for the last night of our trip.... 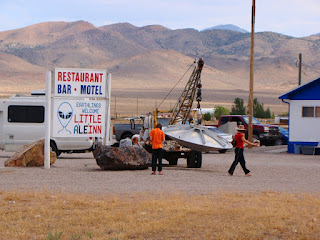 I love Zion but not it's summer crowds filling the narrow canyon. Haven't checked out the Kolob Fingers but will put it on next summer's list. I went up to the Kolob Reservoir and there's lots of great country to hike in along the way. Plus a good place to see Condors in the summer.

Hope you got to soak in some of Tonopah's hot water. And glad you weren't abducted.