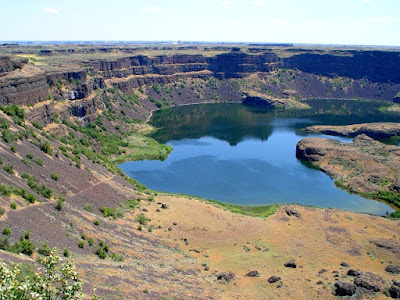 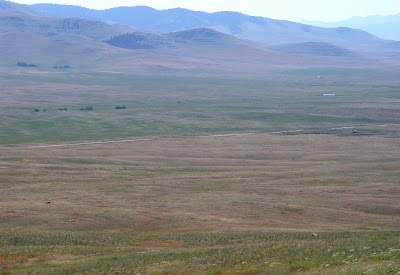 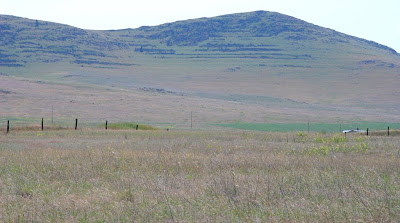 I remember journalism class from junior high: the five 'W's, who, what, where, when and why, and always present BOTH sides of the story. Reading the paper the other morning, I ran across the kind of article (on the possibility that we are in the "end times") that makes me bemoan that second rule that journalists seem to follow so carefully. Presenting "both sides" of a story tends to elevate the wrong side of the story to some kind of equivalence. This is seen often whenever a newspaper decides to cover some facet of creation-science, but it also shows up in this article on end-of-the-world mania. 20 paragraphs in the article quote the "true believers" or discuss the religious beliefs concerning the end times, while only 8 cover the comments of social scientists or skeptics. This story was carried on the front page, no less. And of course, the producers of the movie "2012" are raking in the dough for capitalizing on the mania. Even I enjoyed watching California fall into the Pacific.
Entertaining? Maybe. Helpful? Not really. Believing that the world is going to disappear, or that civilization is going to collapse takes away any kind of feeling of responsibility one might have for making things better. Why feed hungry people, or find shelter for the homeless, or work to lessen the impacts of global warming when the whole shebang is going to end in a few months?
Are you truly interested in learning about the potential for real disasters, with data that is grounded in reality? There are a lot of fascinating possibilities: the world is full of fault lines, volcanoes, steep mountains, huge river systems, and glaciers. I ran across a great article today in the High Country News that is a lot more responsible, and much better for the workings of your brain cells. It is a feature article on the Spokane Floods and J Harlan Bretz. Try to imagine much of state of Washington being flooded by the collapse of a vast ice dam that released the equivalent of several Great Lakes in the space of a day or two. It really happened! Repeatedly.
I've taken my students on tours of the region discussed in the article. Dry Falls, near Grand Coulee Dam (in the top photo) was the site of a 5 mile wide river that was more than 250 feet deep during the height of the floods. The lake that provided all the water covered much of western Montana (Lake Missoula). Abandoned lake shores can be seen in the third picture as terraces on the hillside. When the lake drained, the fast flowing water left behind giant ripple marks on the valley floors, such as those at the Camas Prairie, seen in the second picture.

Reality is so much more interesting...
Posted by Garry Hayes at 2:49 PM

Last week at my high school, a student talked to me about 2012 being the end times and launched into a whole series of other nonsensical beliefs. I explained what I knew about the Mayan calendar and since he suffered from general conspiracy-theory-itis, I then took him and two other students into my office where I had them watch the Ted Talk by Rives called 4 A.M. They got it immediately, came out laughing, and decided that maybe 2012 wasn't a preordained event.

Today, however, two girls who have rejected Christianity as nonsense told me, "Oh, no, it's true, the world *is* going to end in 2012." I didn't try the same approach with them, but I might later. They're so trapped by their joy at the world's ending that they may not listen.

Guess I should feel fortunate that I haven't had to listen to any fanatics discussing this "end of the world" BS.
I remember staring at Dry Falls with an image in my mind of the force of water it took to create that.

Good Post. I agree with you about the underlying cause of global doom predicting. It changes the focus from solving the world's problems to delaying the problems. It isn't a sustainable stance to take.

I really hope somebody makes a satirical sketch about how the world is going to end on Dec. 31 2009. [sarcasm]Calendars don't go beyond that[/sarcasm]

This 2012 nonsense is the same line of reasoning.

Neat to be able to get pics of the ripple marks!