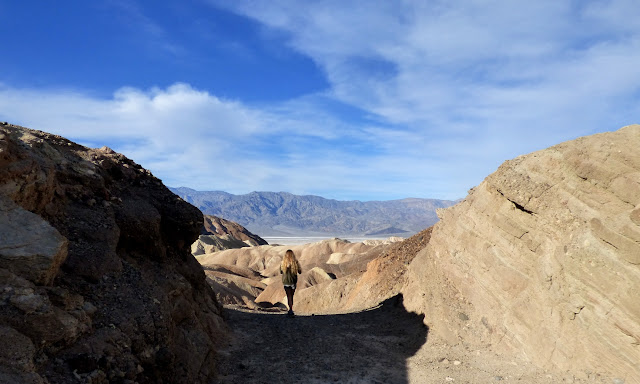 Death Valley is a stunning example of a fault graben, a large area of crust that subsided because of extensional forces that produced widespread "normal" faulting (where the fault plane slopes towards the basin). The valley has relief of more than two miles, from the summit of Telescope Peak at 11,043 feet (6,168 meters) to Badwater Basin at minus 282 feet (-86 meters). Perhaps more extraordinary is the fact that the valley has filled with eroded sediments to a depth of as much as 9,000 feet. Remove the sediment and Death Valley would be nearly four miles deep! 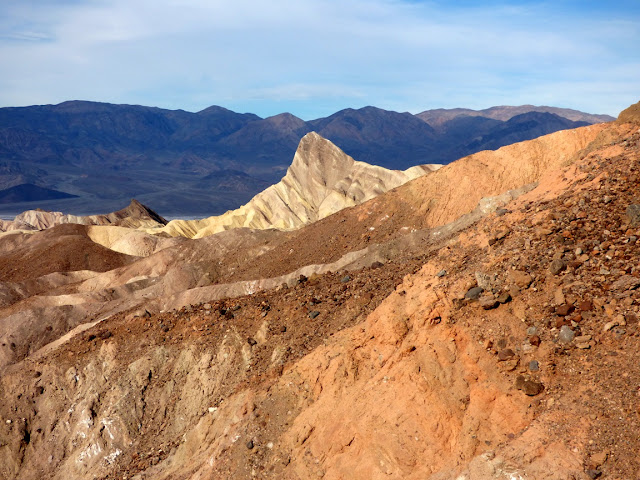 One might imagine what it would look like if the sediments of Death Valley were somehow lifted up and dissected by erosion. What would one see? There would no doubt be layers of salt and gypsum, silt and clay, and conglomerate and breccia from the alluvial fans that line the margins of the valley. Volcanoes are found along the margins of the Death Valley today. Perhaps one could expect to see colorful exposures of lava and tuff in the deeply buried valley sediments. 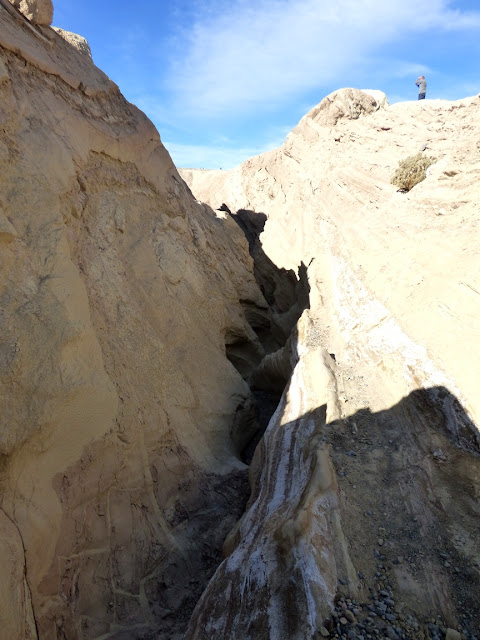 What's fascinating about Death Valley is that we don't have to imagine what the valley fill would look like. It turns out that the graben that formed the valley is not the first to have existed in this area. It formed around two or three million years ago, but extensional forces have been stretching this region for something like 15-16 million years. Other grabens developed, filled with thousands of feet of sediment, and were lifted by faulting so that erosion revealed the underlying rock and sediment. One of these more ancient basins is revealed at Zabriskie Point, one of the most visited and dramatic of Death Valley's tourist destinations. The rock is called the Furnace Creek formation. 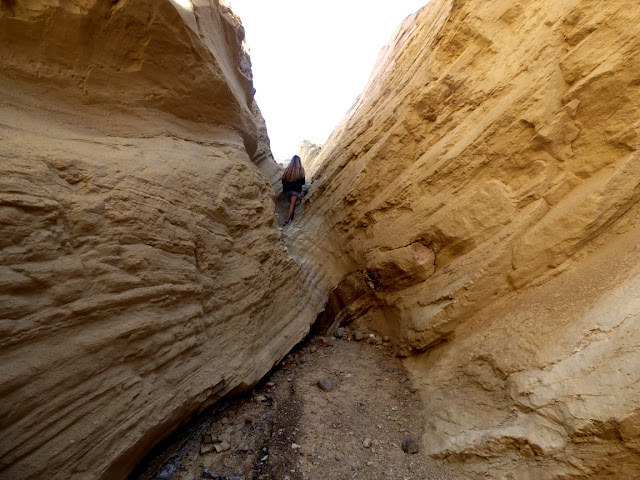 The rocks of Death Valley-Version 1.0, as seen in the Furnace Creek formation consist of fine-grained silt and clay interspersed with evaporate minerals like salt, gypsum, and most importantly for the miners of Death Valley, borates. There are layers of conglomerate and breccia from ancient alluvial fans, and colorful tuff and lava flows from associated volcanic activity. In the dry environment of Death Valley, the rocks have eroded into the intricate badlands that made Zabriskie Point a must-see part of any trip to the park. 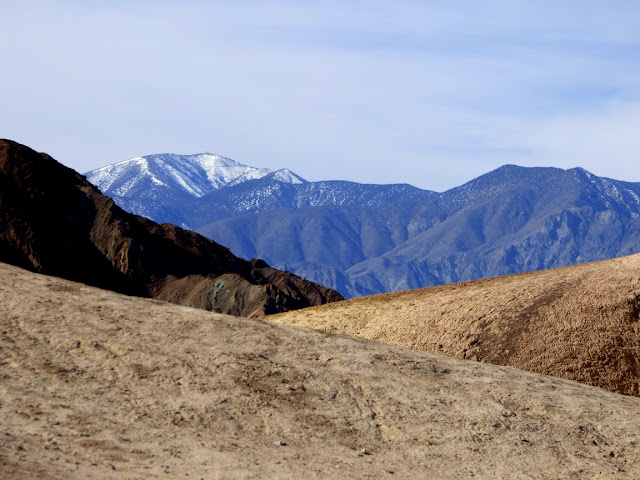 The badlands are practically devoid of any kind of plant life. The barrenness results from the inability of stable soils to develop on the steep slopes. Any soils are quickly washed away during infrequent but violent cloudbursts. 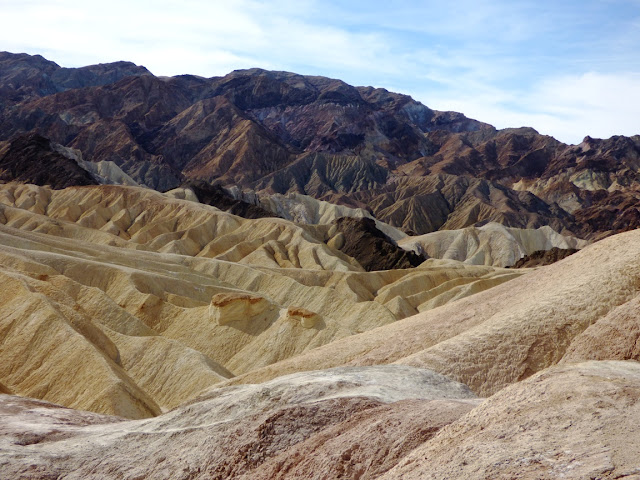 The layers exposed in the Furnace Creek formation provide information about ancient environments that once existed in the Death Valley region, but also feed the imagination about the rocks hidden deep within today's fault graben, Death Valley-Version 2.0. 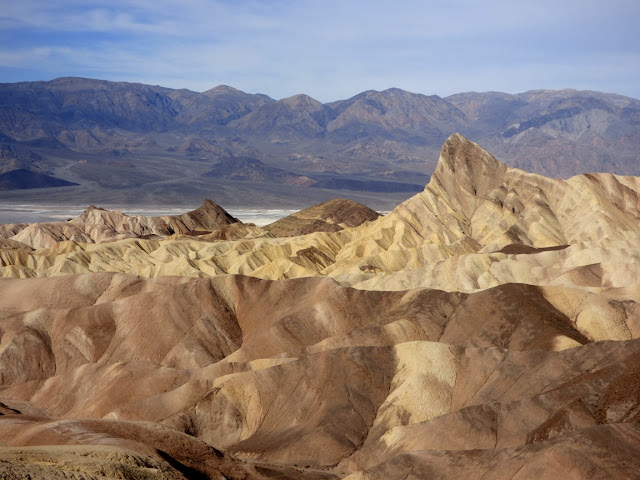 This has been another in an off and on series about our February visit to Death Valley. In the next installment, we'll be leaving Death Valley for other sights in the region, a detour made necessary by October flash floods that took out some of the park's roads. We'll be visiting a unique biological island in the desert...
Posted by Garry Hayes at 1:19 PM

Good choice, such an interesting area, but we didn't get to go there this trip. We headed east to Ash Meadows and Devils Hole.

Is Death Valley a horst and graben feature? I thought it was formed by angular block rotation (half grabens).

It is more a half-graben as you say. I'm calling it a horst/graben for introductory reasons (i.e. I think that much of my audience doesn't have an extensive background in geology)