Up Close and Personal with a Western Tanager 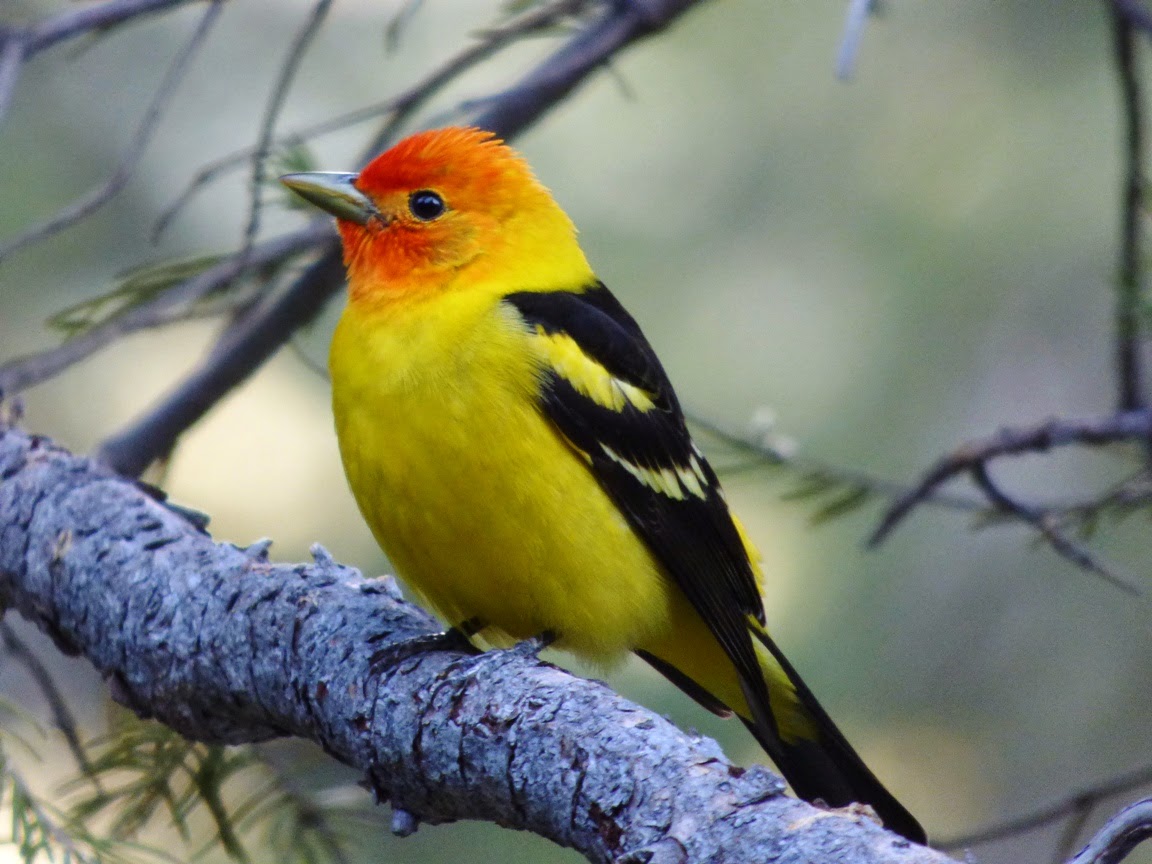 Seasoned birders won't be surprised at the excitement a rank amateur like myself feels the first time he or she sees an interesting bird up close. Western Tanagers (Piranga ludoviciana) are relatively common forest and woodland birds across the western United States and Mexico and I'm sure they are seen often by the experts.  I've only been seriously seeking out new species for the last five months, so I still get to experience the joy of seeing something new and different on a fairly regular basis as I add to the list of observed species. 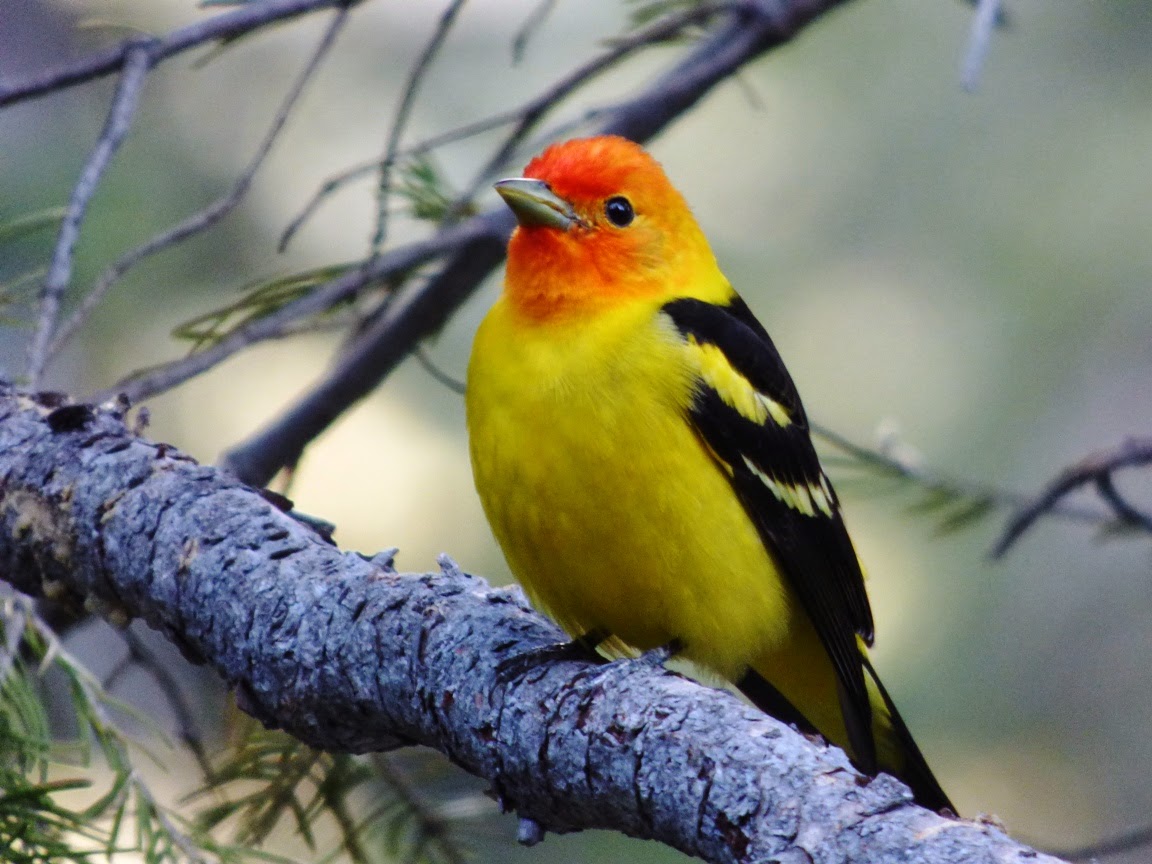 I've known about Western Tanagers for a long time, but I've never been close enough with an adequate camera to actually get decent photographs of one, but that changed today. We were exploring the upper reaches of the Stanislaus River in the Sierra Nevada of California, and as I was driving down the Clark Fork Road at the end of the day, I saw a flash of yellow out of the corner of my eye. I hit the brakes, hoping against hope that I wouldn't spook the brightly colored male. 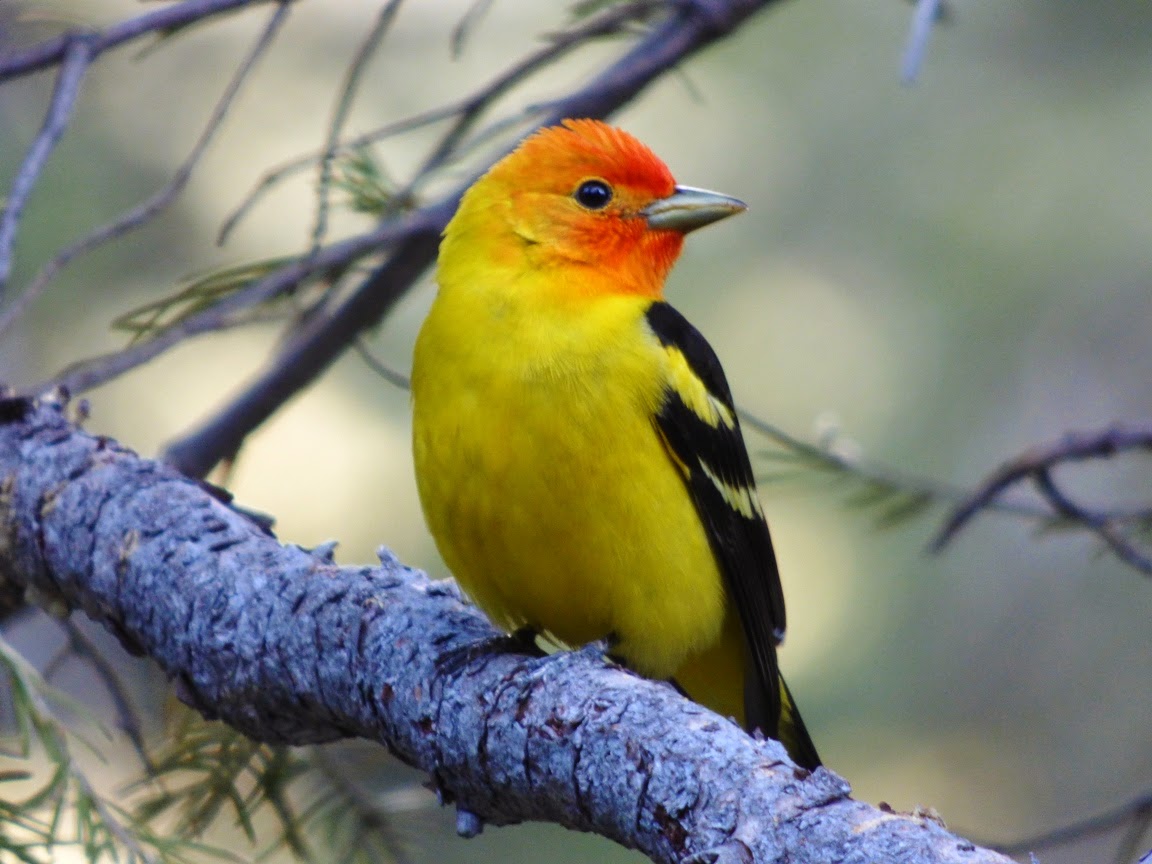 He didn't spook. I snapped a few distant shots, and then backed up the car hoping to get closer (I know that sounds like an odd way to do it, but from only forty or so feet away, getting out of the car would have spooked it more, I think). He hung around, as if he was observing me (a large rival in his territory?). 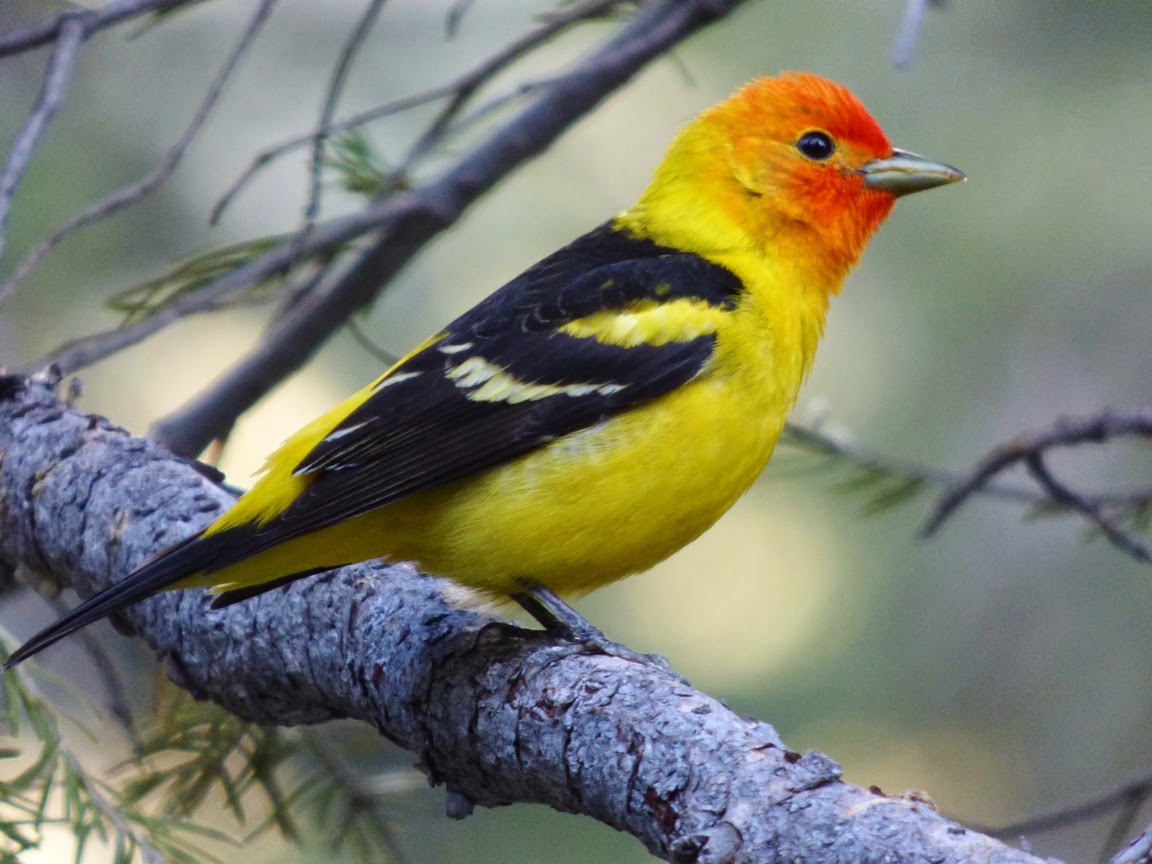 The tanagers are a large and diverse group of passerine birds centered mostly in the American tropics, but the Western Tanager ranges farther north than any other species, as far southern Alaska. For being so brightly colored, they are not often seen, as they tend to hang out in the upper canopy of the forest. I felt privileged to spend a few minutes observing this one, from basically all angles. Was he sending me a message with this last shot? 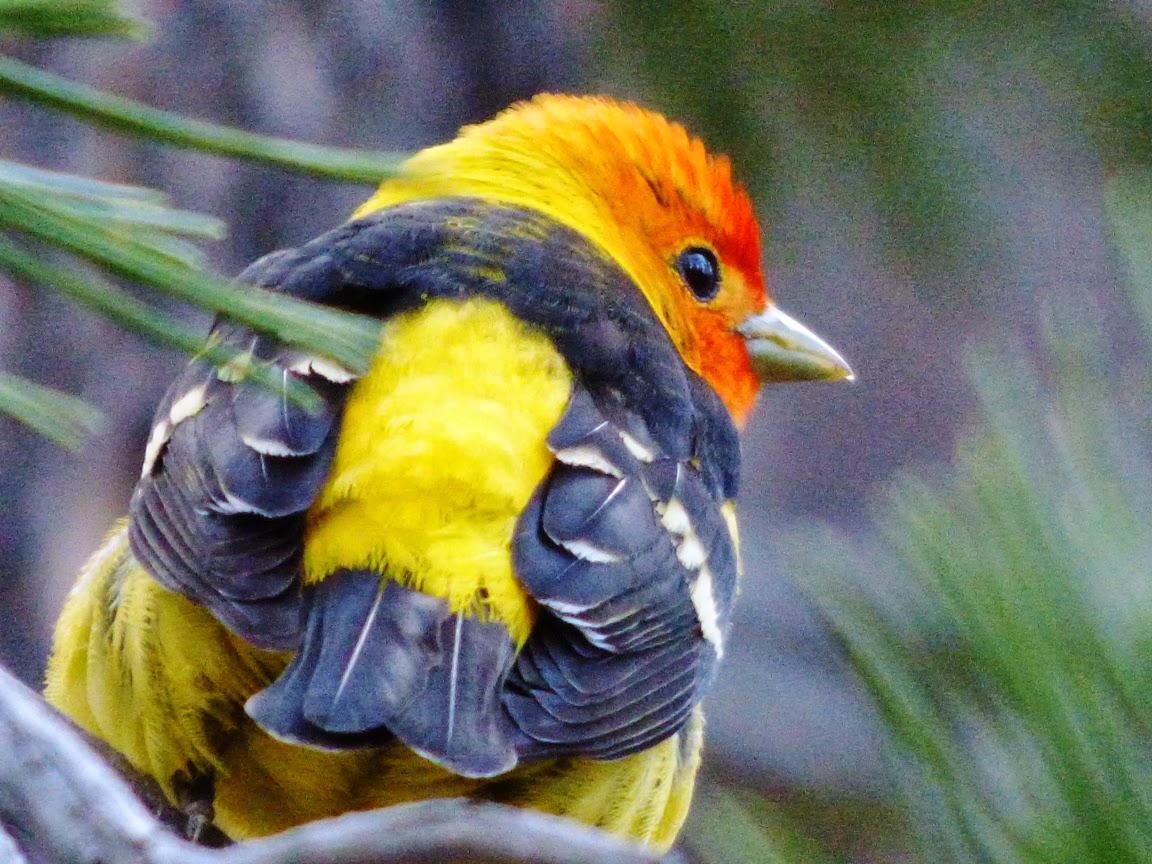 Brightly colored birds often carry the seeds of their own destruction because their feathers may be in high demand for one reason or another. Looking at the tanager reminded me of the large number of species of Honeycreepers that once existed in the Hawaiian Islands. A few of them are still hanging in there (two out of the original 51 species), but most of the others are extinct or nearly so, in part because Hawaiian royalty centuries ago demanded robes made out of their brightly colored feathers (habitat loss, malaria, and competition with invasive species and predators were major factors as well). The tanagers, with their wide range across all the western states avoided such a fate, but they were for a time considered agricultural pests and were poisoned or shot. They are protected today, and their numbers have grown to where they are a "species of least concern".

It was a privilege to see one up close and personal today.