Birds of My Neighborhood: Geotripper Explores a Bit of the "Original" Great Valley 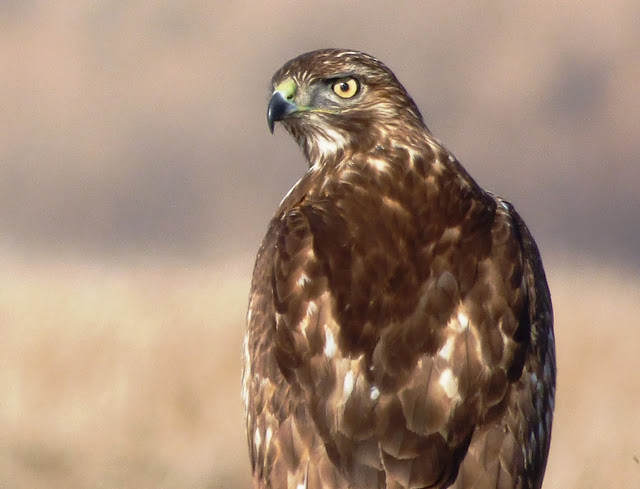 In the last few weeks I've been documenting the bird species in my local neighborhood, primarily around the cow pasture that sits a few blocks from my house. Much to my surprise, I was able to identify at least 25 different birds in a few days of walking, and I blogged some of my favorite pictures so far (here and here). 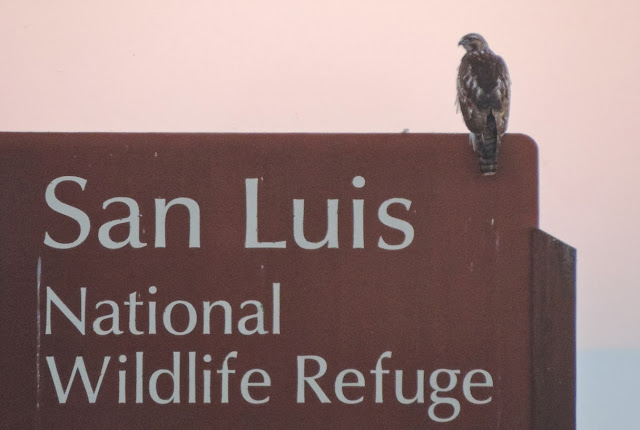 A cow pasture and an urban neighborhood feel a bit out of place, like an environment where the species make do, and opportunistic species like crows, pigeons and starlings dominate. We decided to go looking for birds in a more "natural" setting and headed south to the San Luis National Wildlife Refuge. We were greeted by the hawk on the entrance sign. 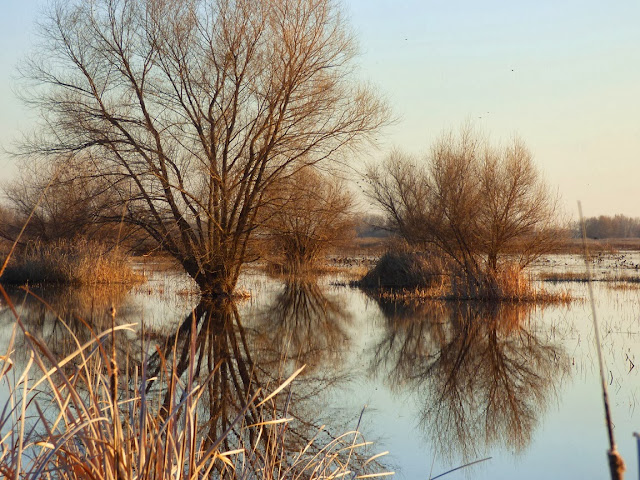 I say "natural" in quotes, because the refuge is not exactly a section of of the valley that retains its primeval wilderness nature. There are very few of those areas still in existence. It is instead an effort to return some reclaimed agricultural lands to wetlands status, and the location and pattern of the swamps is carefully regulated to encourage natural plant growth to allow the migratory and native birds to flourish. In essence the refuge is farming birds. That sounds kind of negative, but it's not meant that way. The wetlands stops on the Pacific Flyway have been decimated by agricultural and urban development, and this is a great effort to undo some of the damage. 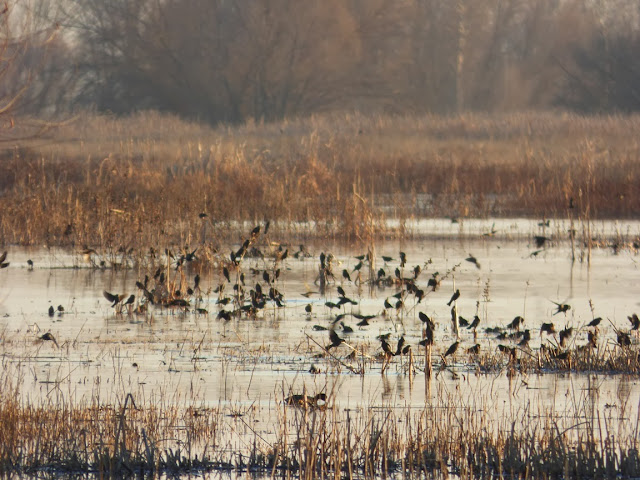 We headed out a short looping auto tour off of Landers Road and slowly made our way down the dirt road. The swamps had recently been flooded, and birds were all over, although they tended to be rather shy. A great many of our shots are at extreme zoom. 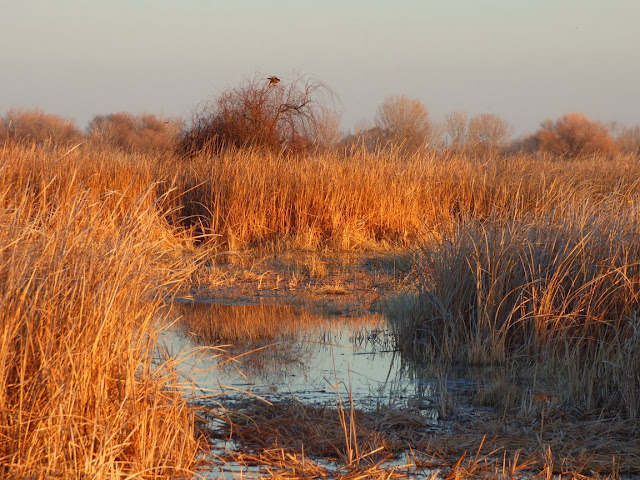 The American Coots (Fulica americana) were present in abundance. They seemed the least disturbed by our intrusion. 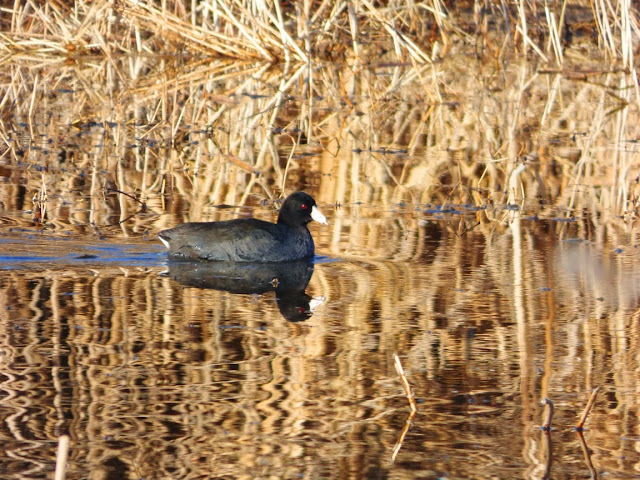 There was a Great Blue Heron (Ardea herodias) in the reeds, but I only got a few shots before it headed deeper into the marsh. 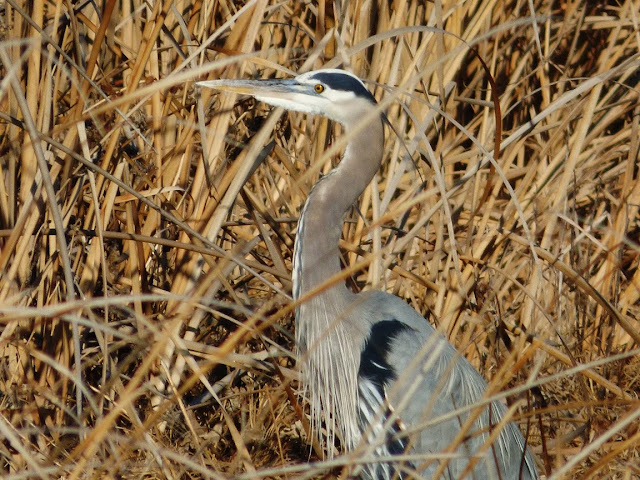 I think the bird below is a Say's Phoebe (Sayornis saya) that lurked in the low weeds and grass at the edge of the capabilities of my camera. With the distinctive orange belly I thought it was a robin at first. 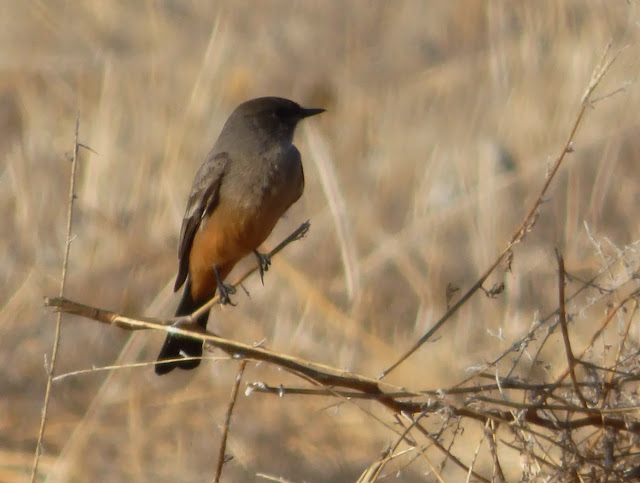 The bird below may be a sandpiper or willet (any assistance appreciated!). 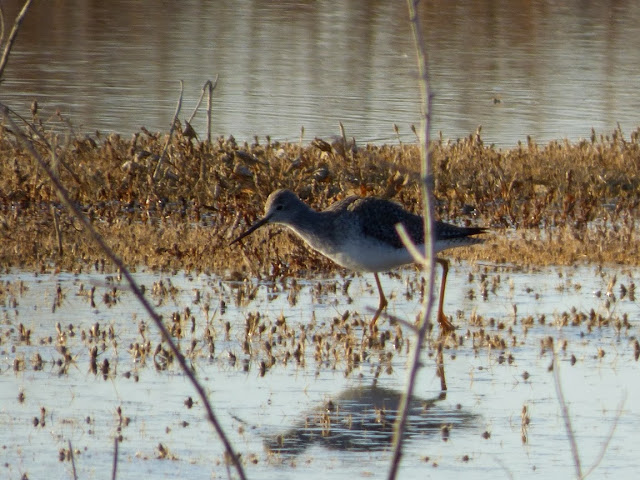 And finally I got a few shots of the most common bird that we could see that  day, the Red-winged Blackbird. This pair was kind of meek about showing off their red plumage... 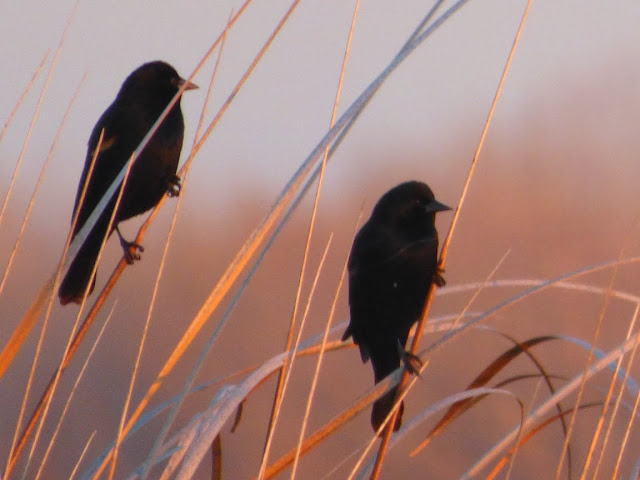 But the one below had no problem! 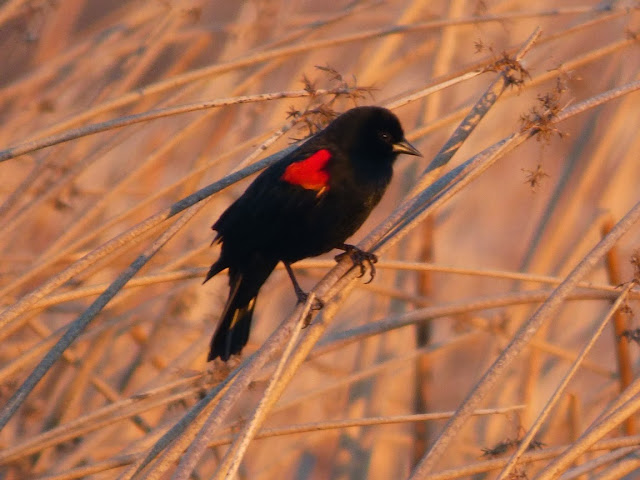 I believe the photo listing the bird as a willet or sandpiper is a Greater Yellowlegs.

The orange-bellied bird is indeed a Say's Phoebe. I agree that the bird following it is a yellowlegs.