Where the Sierra Nevada Rises From the Sea: Tomales Bay and Bolinas Lagoon 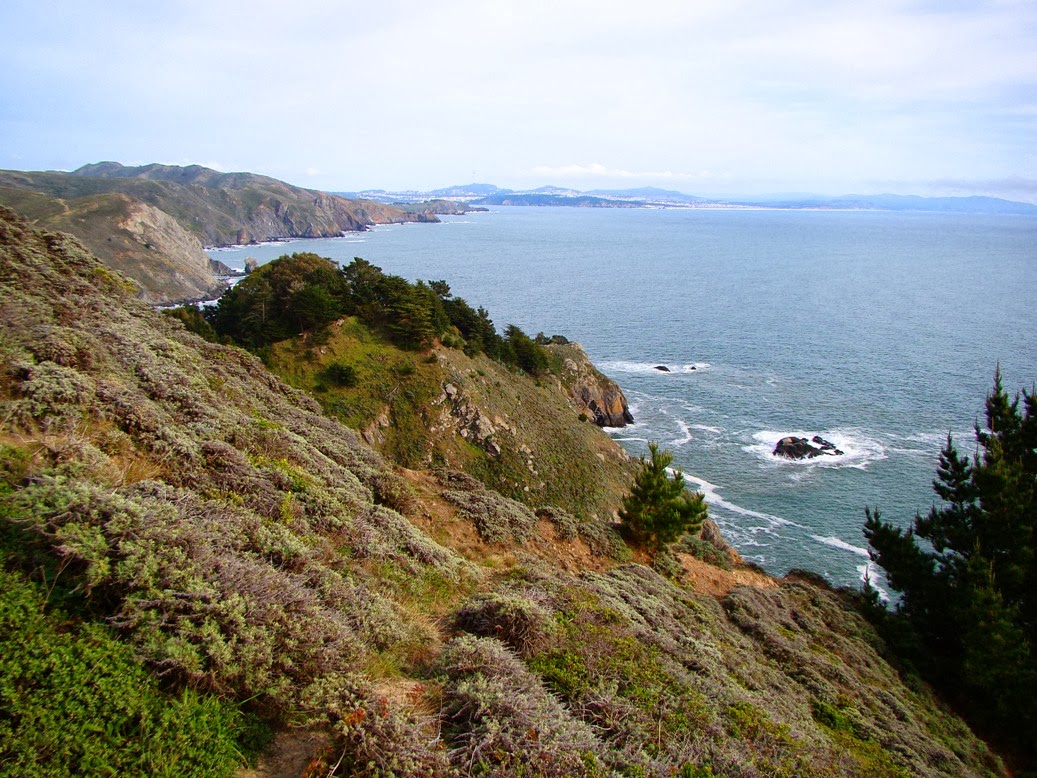 Let's cross back onto North America for a short bit. In this off and on series about the most beautiful coastline in the world we have been jumping back and forth between the North American and Pacific plates as we followed the transform boundary called the San Andreas fault. In the last post on the Point Reyes Headland we were standing on the granitic rocks of the Sierra Nevada which have been displaced northward at least 200 miles along California's iconic fault line.

We pick up our journey northward along the coast on Highway 1 as it winds its way along the cliffs beyond Muir Beach (and don't miss Muir Woods National Monument if you are ever in the region). We are on the east side of the San Andreas fault, meaning we are on the North American Plate (the fault is just offshore). 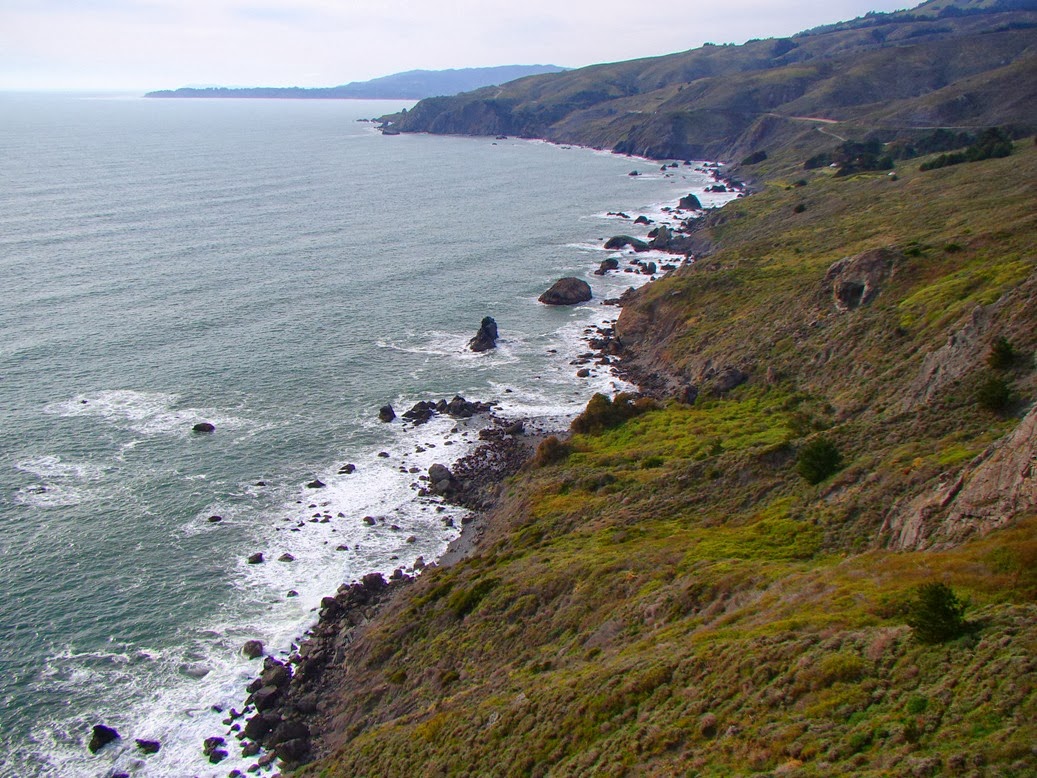 The rocks east of the fault are a melange of many different kinds of rock that accumulated in the trench deposits (the accretionary wedge) of the vast subduction zone that controlled the tectonic development of California for upwards of 200 million years. There are sequences of graywacke sandstone, dark shale, limestone, chert, and volcanic rocks that were jumbled and churned as the Pacific Plate sank into the mantle beneath the edge of the North American Plate. The earliest geologists who attempted to map these rocks, which today are called the Franciscan Complex, were generally stymied in their efforts because the rocks refused to follow the familiar "rules" of stratigraphy, like superposition or lateral continuity.The mess of rocks only makes sense when you realize they're supposed to be a mess (below). 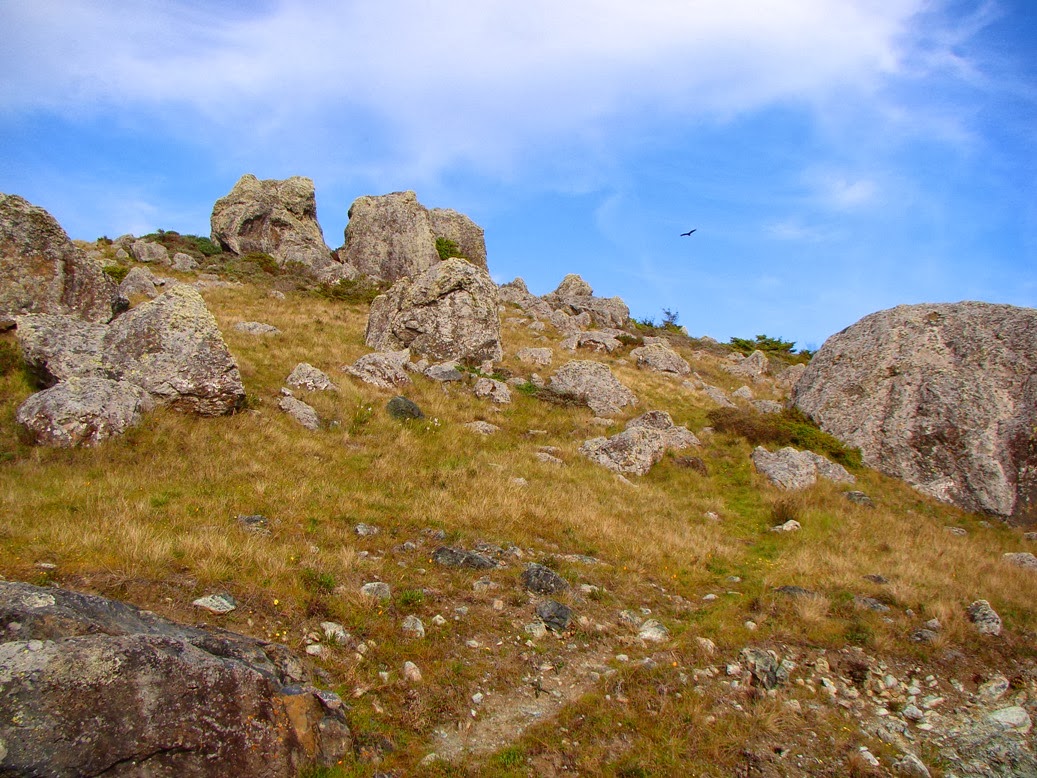 The highway descends the cliffs and Bolinas Lagoon comes into view. Rocks within the San Andreas and related fault zones (the San Gregorio and Golden Gate faults in this instance) are highly sheared and ground up so they are easily eroded. Linear valleys will often form along fault zones, and such was the case here near Point Reyes. The valley extended from Bolinas Lagoon to the northern end of Tomales Bay, but when the last ice age ended around 12,000 years ago, sea level rose and flooded much of the stream floor. This is the origin of Bolinas Lagoon and Tomales Bay. 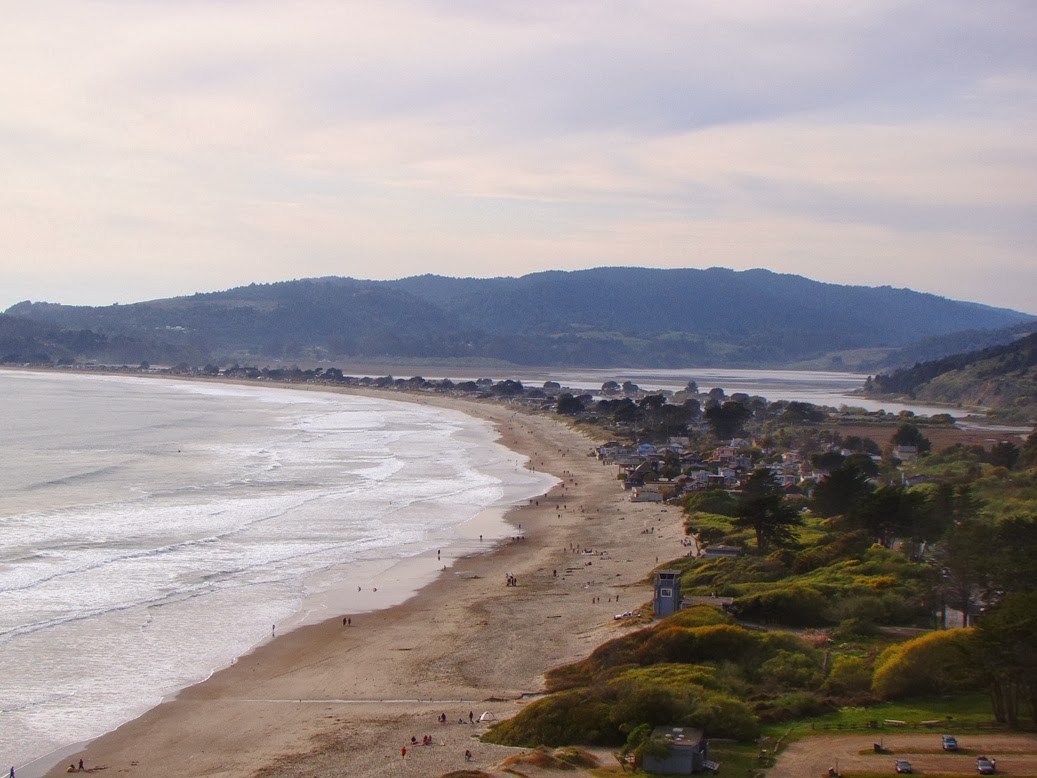 Waves in this region come mostly out of northwest, causing the majority of beaches in the area to transport sand southward. The waves coming into Bolinas Bay tend to refract as they encounter Duxbury Point and swing around so they carry sand northwest. This has caused the formation of a sand spit that closes off Bolinas Lagoon, forming one of the nicer tourist beaches in the San Francisco Bay Area, Stinson Beach. 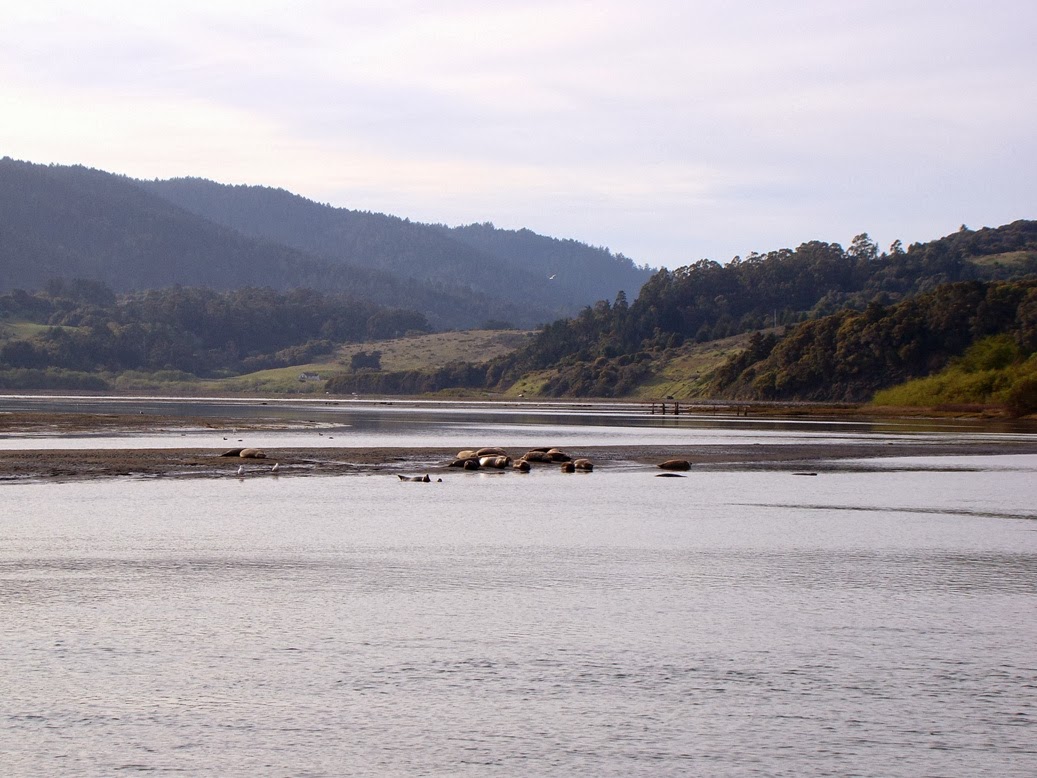 The lagoon is shallow and has developed numerous mudflats that are exposed at low tide (and which make for a nice sheltered refuge for the seals and sea lions in the region). Three major faults cross the lagoon (as noted above, they are the San Andreas, San Gregorio, and Golden Gate), which must cause at least some consternation for the dozens of homeowners who live on the sandy spit. 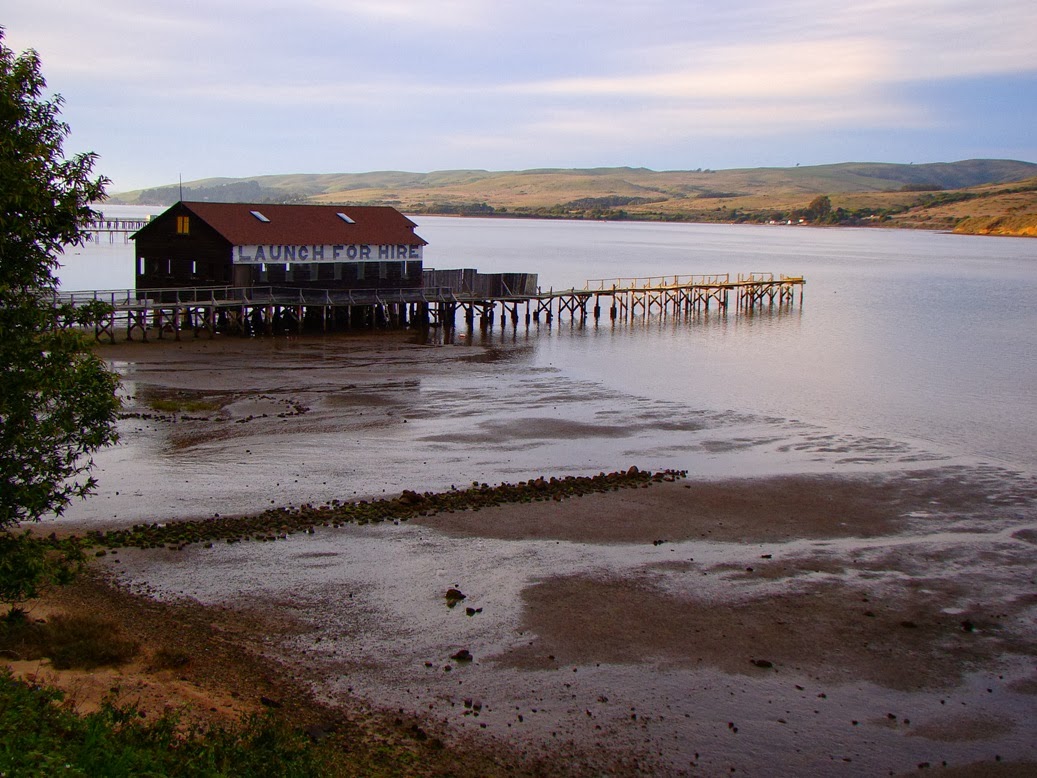 A drive a few miles north through Olema Valley brings the traveler to Tomales Bay, the other drowned river valley that has developed along the San Andreas fault. The bay might have been a major harbor and port along the California coast except that the 12 mile long estuary is mostly very shallow, and the shoals and sneaker waves at the mouth of the bay are extremely hazardous to boaters (according to the state, in one year alone 13 boaters lost their lives there). 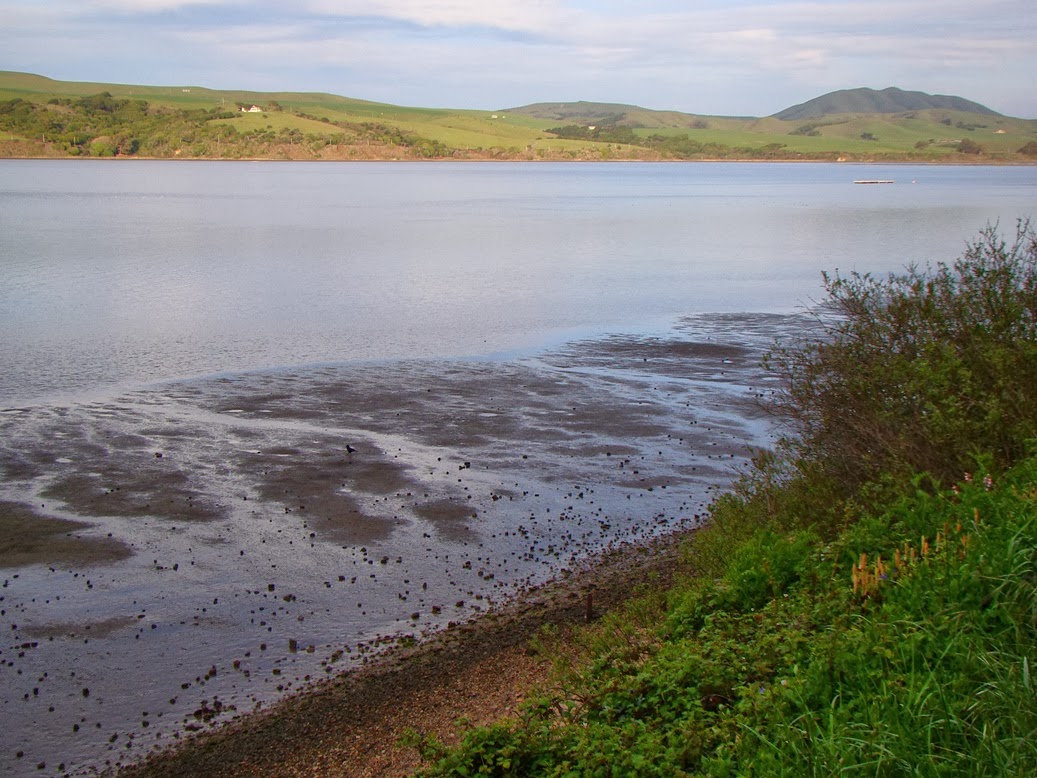 The rest of the bay is generally calm and is popular with small boaters, kayakers and fishing enthusiasts. Only a few small villages are present, including Olema, Inverness, Point Reyes Station and Marshall. Mostly the bay is undeveloped, and is a unique environment compared to the rest of the California coast. The calm water in the interior bay is the exception rather than the rule, and is an important natural habitat for a large number of species. A fair portion of the bay is protected as Tomales Bay State Park and much of the west shore is part of Point Reyes National Seashore. Several parcels along the eastern shore are part of the Golden Gate National Recreation Area. 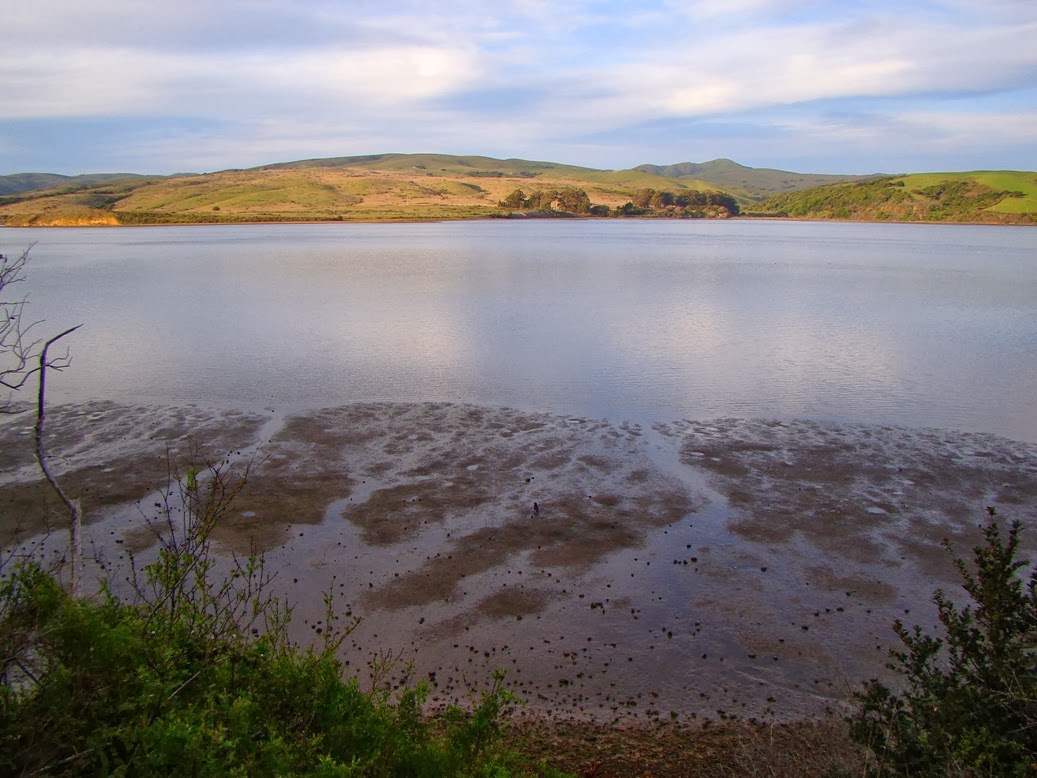 We've nearly completed our off and on again web series on the "granite coast" of California, the place where the Sierra Nevada rises from the sea. The final post will be a visit to Bodega Bay...and..."The Birds"...
Posted by Garry Hayes at 3:13 PM