On the Most Inaccessible Mountain Range on the Planet: Walking the Mid-Ocean Ridge in the Marin Headlands 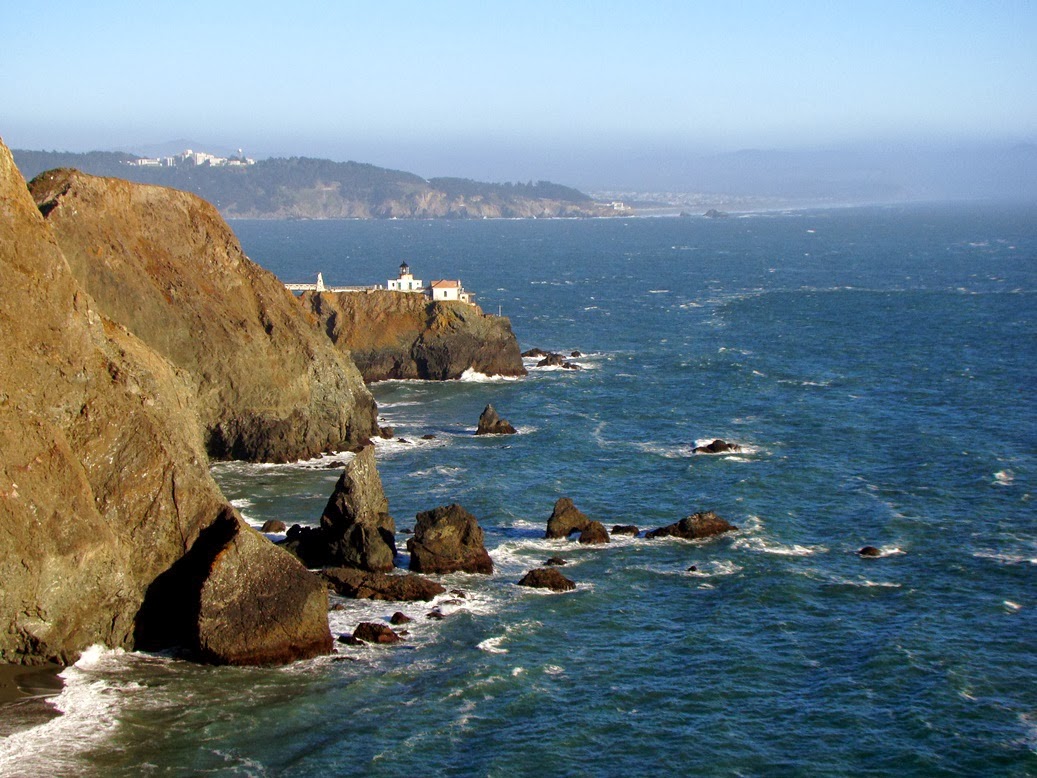 The Mid-ocean Ridge is not a high mountain range, maybe 5,000-10,000 feet high, but it lies thousands of feet beneath sea level except in extraordinary places like Iceland. Iceland is part of the Mid-ocean Ridge, but probably also includes magmas rising from a hot spot, giving it the extra elevation to rise above the waves. 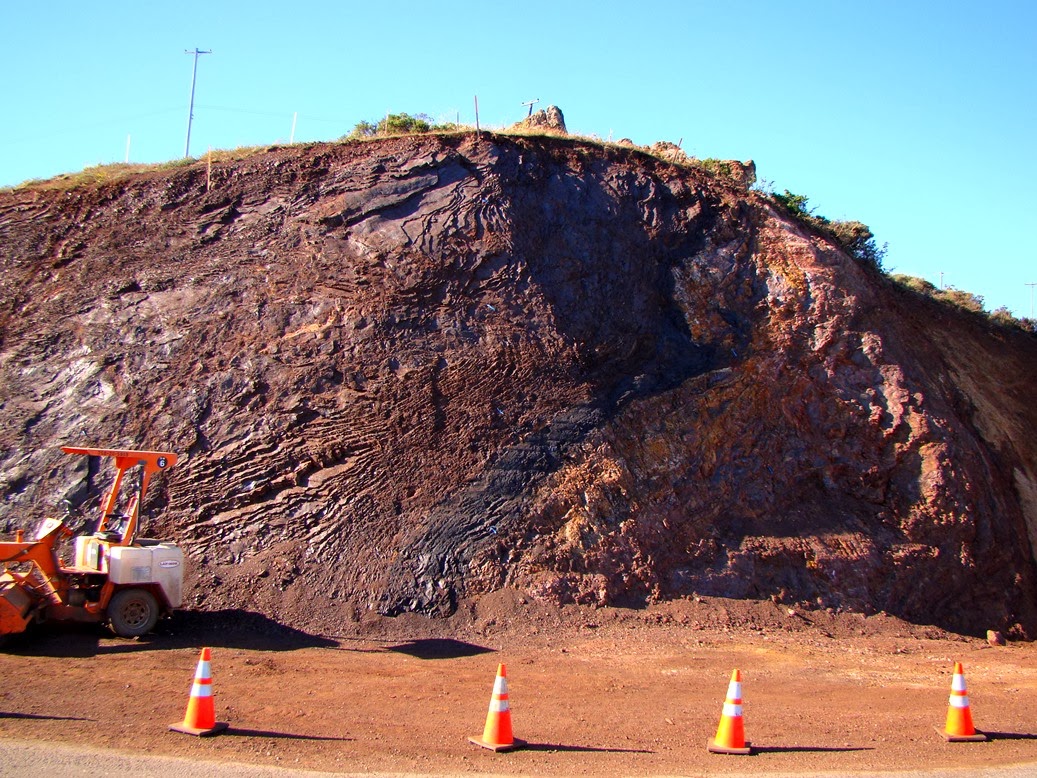 So mountaineering on the Mid-ocean Ridge is beyond most mortal folk, but you can explore the surface of the ridge in a few places around the world where oceanic crust has been scraped off the sea-floor and accreted to the edge of a continent. One such place is on the Marin Headlands just north of San Francisco (I noticed in the geoblogosphere that Chuck Bailey at W&M Blogs has recently described another such spot in the somewhat more exotic Wadi Jezzi in Oman - Check it out!). 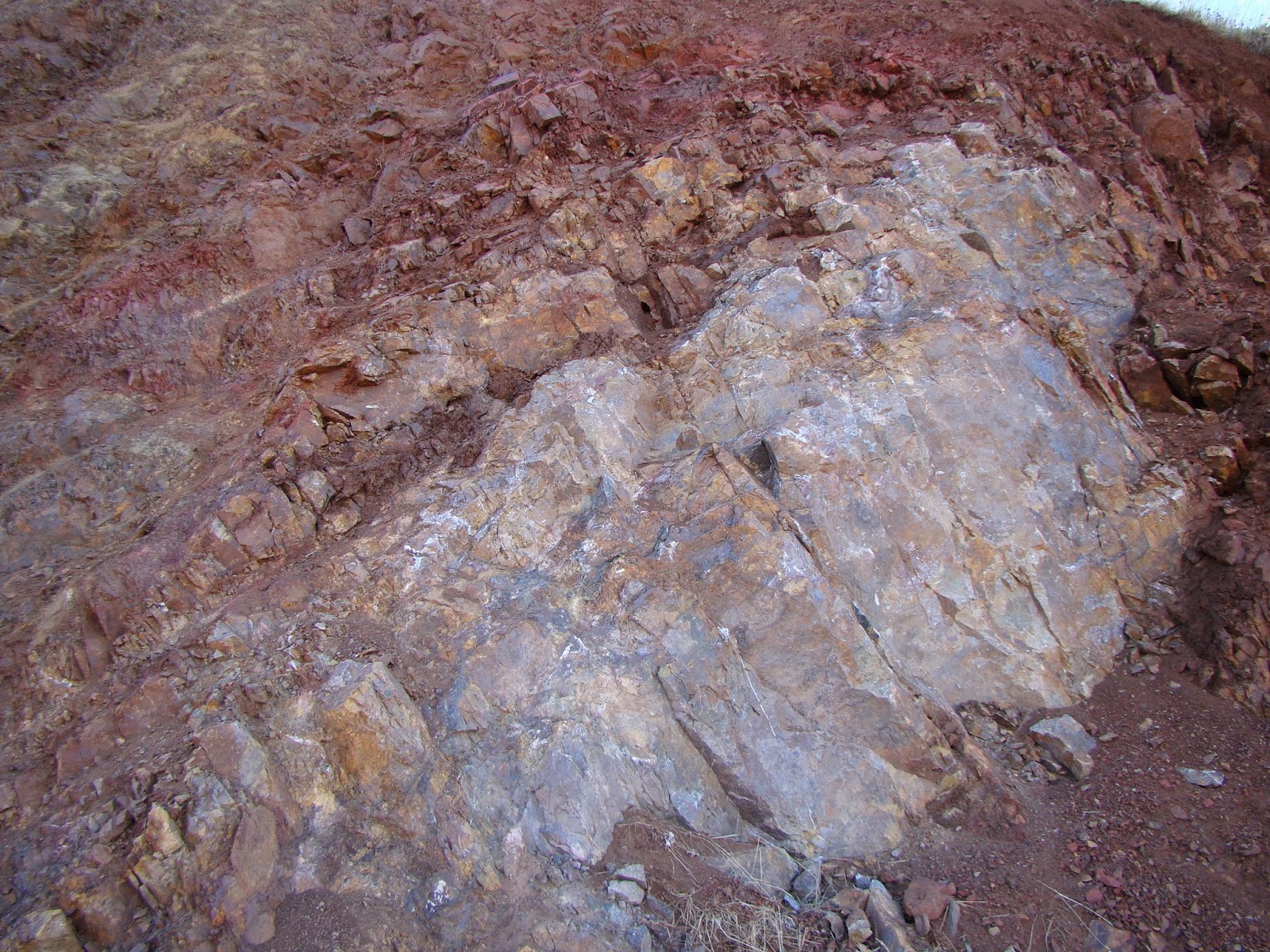 Some of the most spectacular scenery along the most beautiful coastline in the world can be found on the Marin Headlands (this post is actually a continuation of a blog series I started before the Christmas holidays). When you cross the Golden Gate Bridge headed north, take the Alexander Avenue offramp and follow Conzelman Road onto the headlands. Immediately you are treated with a gorgeous view of the Golden Gate Bridge, but the real story is behind you in the roadcuts. There are ribbon cherts (a form of deep ocean sediment derived from myriads of one-celled creatures called diatoms) lying directly on ocean-floor basalt. Lay your hands on the contact between the two and you are touching the surface of what once was part of the greatest mountain range on planet Earth! 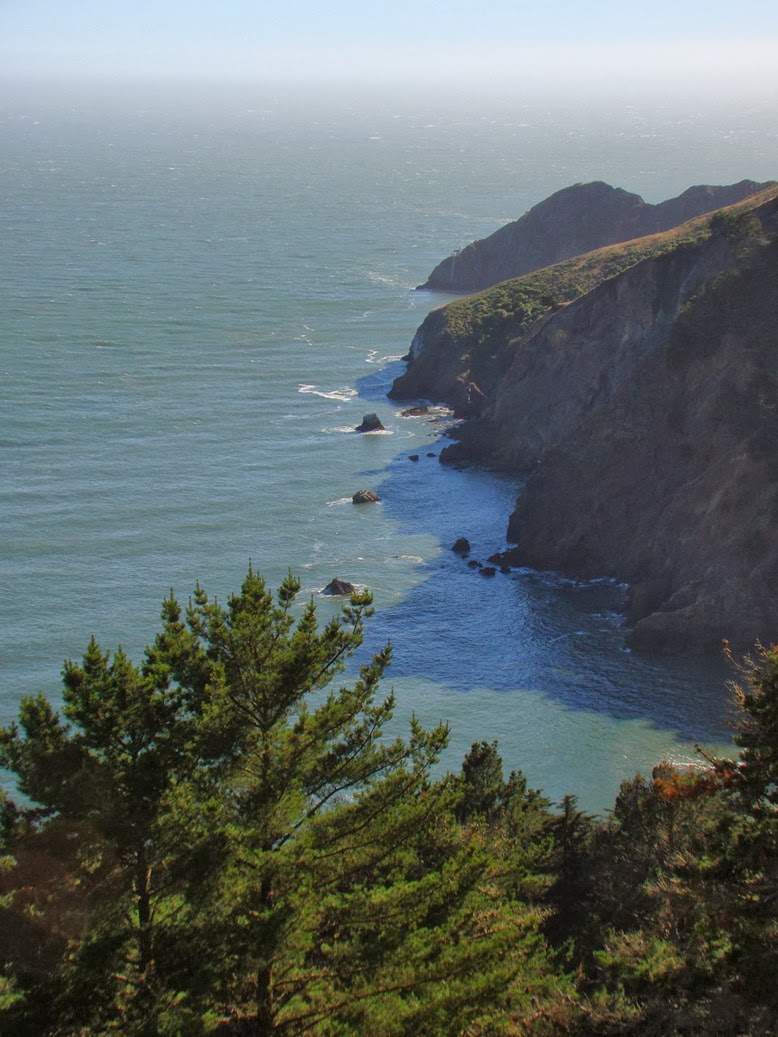 The Marin Headlands don't lack for inaccessibility themselves. The coastline through this region is exceptionally rugged, with steep cliffs that slope directly into the surf. San Francisco Bay lies hidden behind the peninsula, and the ruggedness of the region prevented its discovery for many years (nearby Monterey Bay was visited as early as 1542, but San Francisco Bay was not discovered until 1769). 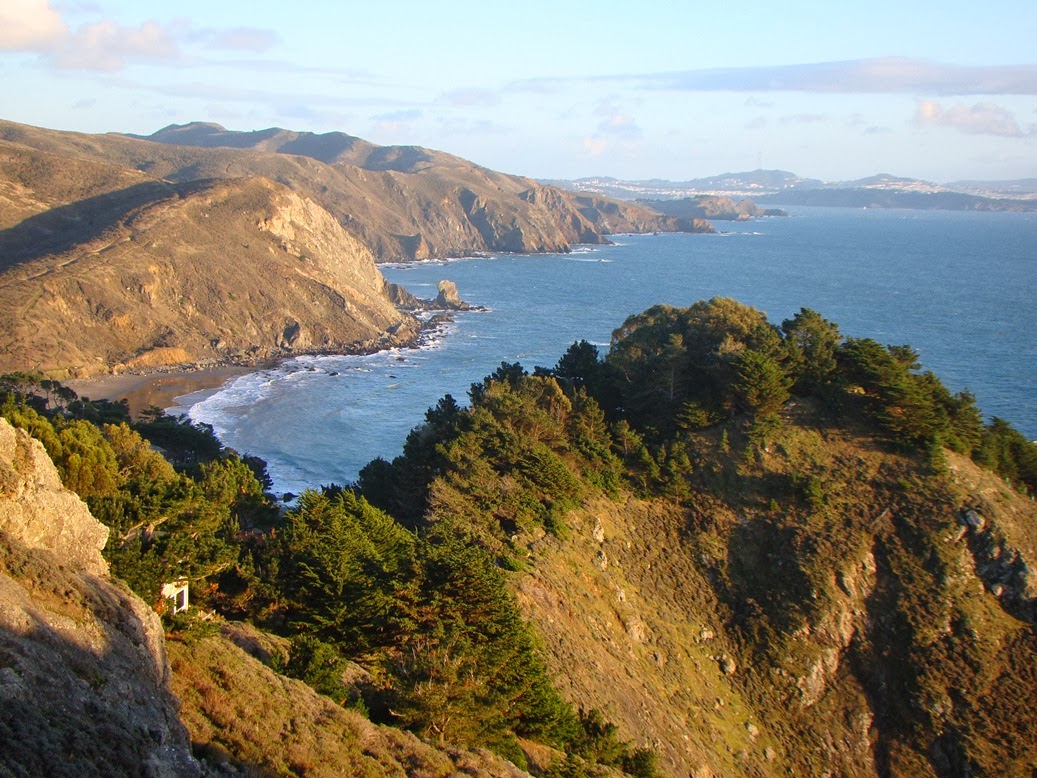 The odd looking cement structures found around the Marin Headlands are kind of a jarring reminder that the history of this region is not that of long-protected wilderness sanctuary. When World War II was being fought, San Francisco Bay was one of the most important strategic strongholds for the entire Pacific Theater of operations. There was the harbor itself through which much of the fleet operated, factories and ammunition depots, and the inland agricultural areas. That and a huge civilian population. The hills above the Golden Gate were studded with huge cannons and guns that could wreak devastation on any enemy flotilla that tried to enter the harbor. Below is Battery Mendell, just north of the Point Bonita Lighthouse. 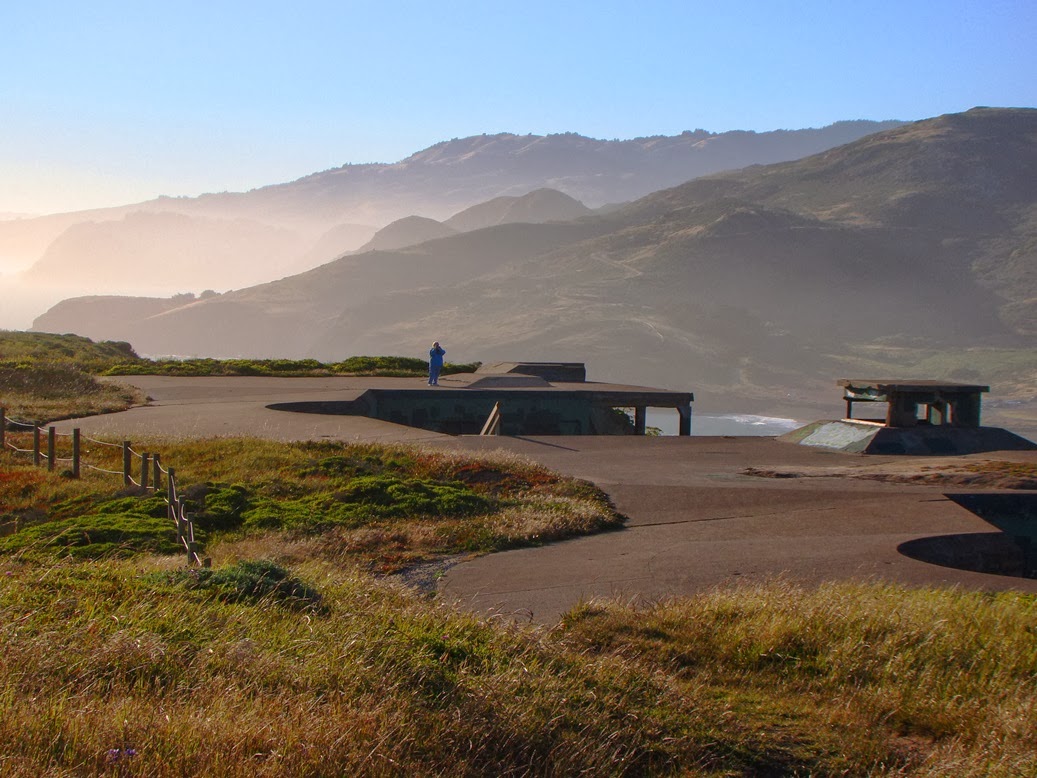 The Marin Headlands region is a stunningly beautiful place with a fascinating geological story. The area is protected as part of the Golden Gate National Recreation Area, which is a level of protection that is more or less equivalent to a national park. It is certainly a popular destination, but it's usually possible to find some quiet corners, especially if you are willing to hike a little. While in the area, don't pass up Muir Woods National Monument. It's one of the most-visited monuments in the country, but wandering through the Redwood forest, it's not hard to see why.
Posted by Garry Hayes at 1:09 PM

As I understand, most of the mid-ocean ridge contains one or more spreading centers. But along California, it appears to be the transform San Andreas fault.