The Doing of Big Things...Remembering Neil Armstrong (and Buzz Aldrin and Michael Collins, and a cast of thousands) 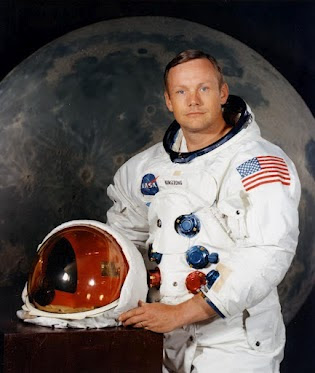 My condolences to the family of Neil Armstrong, who died today at the age of 82. Hearing of his passing took me right back to childhood. In 1969, I was at scout camp high in the southern Sierra Nevada. I'm not sure whose screw-up it was that our troop was in the middle of nowhere at the moment of one of humanity's greatest achievements, but that was the way it was. I can remember walking through the pinyon forest between the dining hall and our campsite (they were pretty far apart). I was alone at the time, and I heard the camp loudspeakers crackle on (which was unusual; we usually only heard "taps" and other bugle calls, or the emergency alarm). I heard a scratchy voice say "That's one small step for a man, one giant leap for mankind", and I realized that humanity had just accomplished something big. Something that had never been done before. It had a profound effect on that scrawny kid in the pinyon forest at Circle B Scout Ranch. 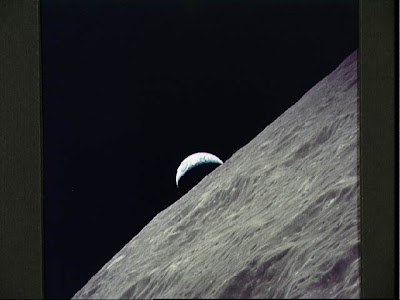 I grew up in the early sixties fascinated by astronomy. But it was also frustrating that things were so distant and so unreachable by we earthbound humans. Our own moon seemed impossibly distant, despite the objective laid forth by JFK that we would reach it by 1970. 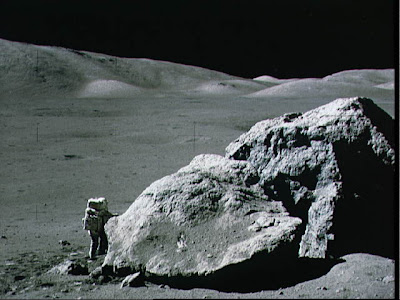 The other planets in our own Solar System were small disks in our best telescopes, and the moons that circled them mere points of light. At the time I had a postcard from the Palomar Observatory that had pictures of Jupiter and Saturn similar to those below. I spent hours staring at them with a handlens and later on a microscope, hoping I could make out more detailed features to no avail. The other stars? They were so distant that even in our best telescopes they looked no different, just spots of light. The more I learned about the stars and galaxies of the cosmos, the more impossible it seemed that we could ever reach them. Neil Armstrong, Buzz Aldrin, and Michael Collins changed that. They are heroes of the best kind, courageous men who risked everything to do something that had never before been done.

Of course, Armstrong, Aldrin and Collins didn't build the Apollo Spacecraft, or the gigantic Saturn 5 rocket that sent them into space. They didn't navigate to the moon by themselves. There were thousands of engineers and scientists who did the calculations, designed the modules, and shepherded the spacecraft to the moon, and even more importantly, back home again. The vast majority of scientists and engineers were the product of an educational system that was the best the world had ever seen. And they were driven by a communal sense of purpose. They worked together towards a common goal, and their discoveries and innovations radically changed the world we live in. 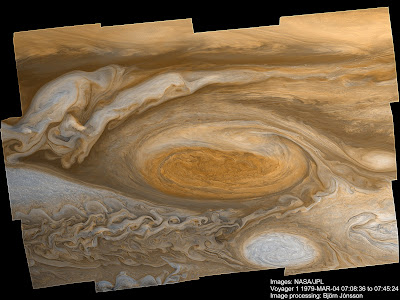 Of course our cynicism allows us to point out that once we beat the Russians to the moon, the public pretty much lost interest in the space program. NASA started to fade from the public consciousness, but the system was in place that allowed a series of successful projects that have changed the way we view the cosmos and our place in it. We never sent astronauts to Mars, but we sent rovers. We sent the Voyagers to Jupiter, Saturn, Uranus and Neptune (in a wonderful case of over-engineering, the spacecraft outlived their expected missions by decades). Not even two weeks ago, Voyager 2 passed its 35th year of operation...it is still sending data from 9 billion miles away with an onboard computer that is probably less powerful than one of those Commodore 64 models that I wrote my thesis on in 1985. Voyager 1 is also continuing to operate. 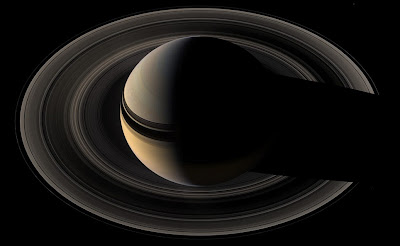 Today we see our Solar System in stunning detail, in a way that would have been unbelievable to that child of the sixties. We know the surface of Mars in more detail than we know the surface of our own planet. We've explored the moons of Jupiter and Saturn, discovering strange worlds with vast oceans hidden beneath icy crusts, volcanoes of molten sulfur, and lakes, rivers and oceans made of liquid methane. We've peered through the clouds of Venus, and just a few years ago, we photographed and analyzed the hidden side of Mercury that we missed on the first mission three decades ago. 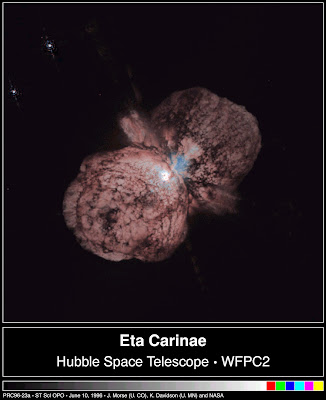 The Hubble Space Telescope was the other game-changer. It has shown us the rest of the Universe with a clarity that was unimaginable four decades ago. We can see star nurseries and nascent star systems that provide us visual evidence of how our own Solar System formed. The Hubble and other high-tech units have now seen objects that formed a mere half billion years after the origin of the Universe itself 14 billion years ago.

This is the heritage of a country that undertook an audacious program of exploration under the leadership of JFK, and which succeeded through the exploits of courageous men like Neil Armstrong, Buzz Aldrin, and Michael Collins. What do our children dream of today? Is our education system inspiring them to strive for incredible things, or is it teaching them to be unquestioning automatons in a factory or office? Are we teaching them to be curious about the world, or teaching them how to take a multiple-choice assessment test? 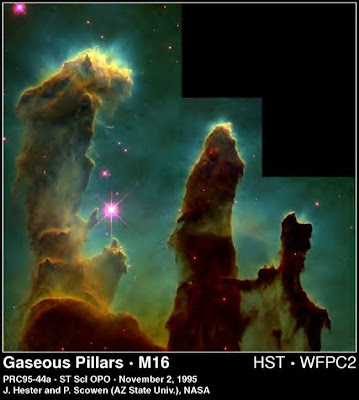 Our teachers and professors are working in a toxic environment these days. How else to explain things like a political party in Texas that added a plank in their platform that says "We oppose the teaching of Higher Order Thinking Skills, critical thinking skills and similar programs that are simply a relabeling of Outcome-Based Education which focus on behavior modification and have the purpose of challenging the student’s fixed beliefs and undermining parental authority."?  Is that what we have come to?

I refuse to believe that. I believe that adventure still awaits us as a people. As I start a new school year at an institution that is operating on 70% of the funding it had four years ago, I am as excited as I have ever been to have the opportunity to introduce my students to an incredible Universe. And almost every teacher I know feels the same way.

It is a sense of adventure that Neil Armstrong would have understood... 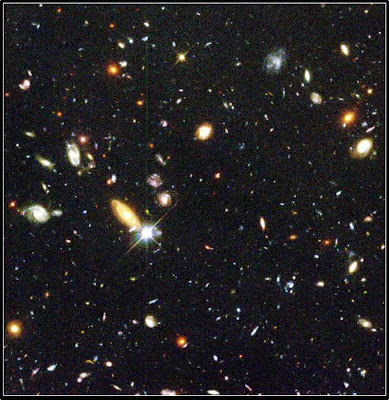 I've always been fascinated by the Pioneer spacecraft in particular, as they move past the outer solar system and beyond.

"The power source on Pioneer 10 finally degraded to the point where the signal to Earth dropped below the threshold for detection in 2003. Pioneer 10 will continue to coast silently as a ghost ship through deep space into interstellar space, heading generally for the red star Aldebaran, which forms the eye of Taurus (The Bull). Aldebaran is about 68 light years away and it will take Pioneer over 2 million years to reach it." (http://www.nasa.gov/centers/ames/missions/archive/pioneer.html)

Oh the wonders they will see!