Dispatches from the Road: An Octet of Ocotillo (and other Desert Denizens). 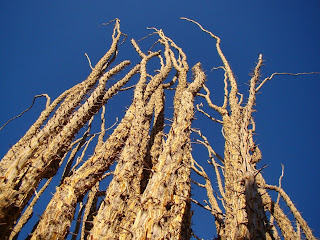 Traveling from here to there; sought a way to Tuscon without having to go through Phoenix and found Highway 85 to Interstate 8, a route that took us right through one of our nation's youngest national monuments, Sonoran Desert National Monument. 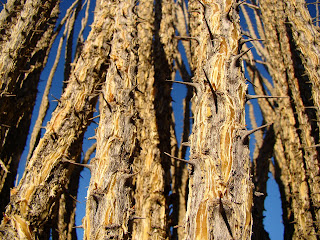 The park, administered by the Bureau of Land Management, has not been developed to any degree, and a large portion is designated wilderness. There is a nicely situated picnic stop on Interstate 8 a few miles east of Gila Bend, and we stopped for a look. 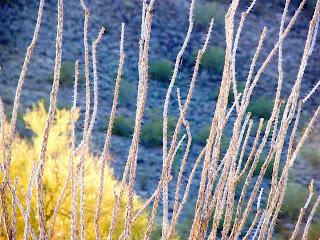 Ocotillo is one of the characteristic plants of the Sonoran Desert (sometimes called the "Low Desert"). In spring it comes alive with beautiful red flowers, but in summer and fall it simply exists. The photosynthesis occurs mostly in the branches rather than in leaves. The swirling chaotic patterns of the stalks is irresistible to photographers (and also me). 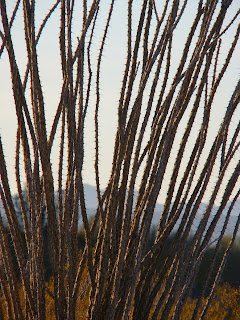 The other more famous desert plant is the Saguaro cactus. They are not in thick forests along the highway the way they are in nearby Saguaro National Park, but their distinctive shapes seem to be on every ridge. 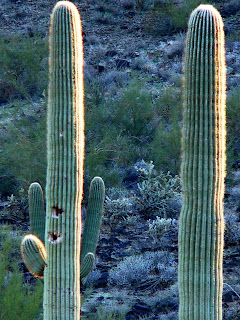 The monument preserves three mountain ranges. It is amazing how untouched they look, given their proximity midway between Phoenix and Tucson. 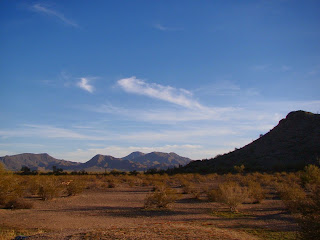 The sun was getting low, and we still had a few miles to go. 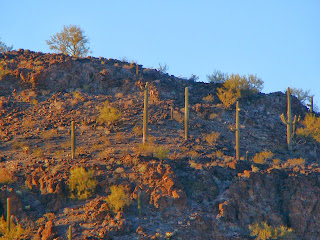 A long day, but a beautiful finish! 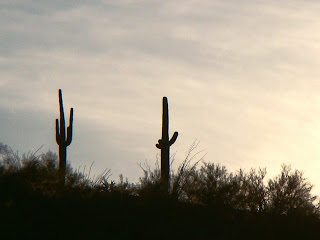 Gorgeous! There is something absolutely magical about the Sonoran desert.

Wish I was there right now instead of soggy, windy Pugetopolis.