What a Way to Introduce Earth Science Week! 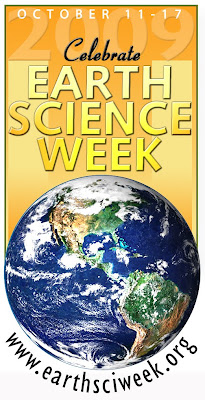 Well, we've kicked off Earth Science Week, and the theme of "Understanding Climate" in California with a whopper of a storm, the result of of the remnants of a super-typhoon in the Pacific meeting up with the strong jet stream. It slammed us pretty hard. In my own corner of the world in the Central Valley we had record rainfall for this date in October, breaking a fifty-year-old record (1.57 inches in Modesto, old record 0.97 inches) with wind gusts reaching 47 mph. My backyard rain gauge recorded even more, 1.90 inches, the second highest one-day rainfall total I have recorded in eighteen years. Trees and large branches are down all over town (including in my front yard), and the power has gone out several times over the course of the day. We are the arid spot of northern California; other places got a lot more: San Francisco Airport, 2.64 inches; Sacramento, 3.04 inches; Yosemite 3.43 inches. The big numbers are coming out of the Coast Ranges, which rise out of the surf along Big Sur and Santa Cruz to elevations of more than 4,000 feet: Venado 5.68 inches, Ben Lomond 10.58 inches, Three Peaks 14.30 inches, and at a recording station called Mining Ridge, just south of Big Sur, 19.45 inches (real-time data from the California Department of Water Resources Rainfall Maps)! I can barely imagine this kind of water coming from the sky.

It's probably a good moment to mention that a single day of incredible storminess is not "climate", it's "weather". Climate refers to the long-term pattern of precipitation and temperature that defines a region. A single storm does not have a direct bearing on our understanding of the nature and pace of climate change, but a pattern of increasing intensity or frequency over a period of years will shed some light on the issue. Especially if it has been predicted by climate modeling.
Posted by Garry Hayes at 10:38 PM

This Earth Science Week's focus is on understanding climate. We are now 2 months out from the all important UN Climate Change Conference in Copenhagen. It is a likely last opportunity for the world to come together on global warming in advance of the Kyoto Protocol expiration.

My Center is using Earth Science Week to kick off 2 months of climate education. Featured at Blog on the Universe are posts on Earth's environment and climate change that are great for the general public, and can also be used as lessons in the classroom.

Read them with a cup of coffee.