That's reasonable...hey, wait a minute! How to write a Creation Science narrative 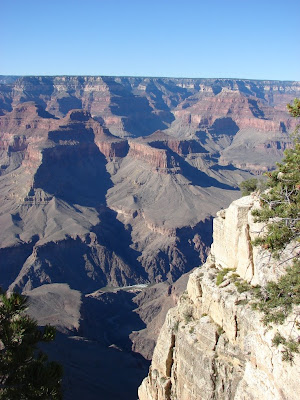 Was this done in a few weeks?

Thanks to everyone for the kind (more or less) responses to my previous post regarding, ahem, research in California. I have been the victim of several such articles in past April issues of Discover Magazine, including one on the discovery of arctic moles who tunnel through ice by having an extra warm nose or something like that. Ron Schott expressed a bit of concern about how much pseudoscience exists on the Internet, and that is the purpose of this latest missive.
Writing a devious April Fool's joke involves taking a germ of truth, depending on a certain amount of trust on the part of the reader, and then letting loose with an outrageous distortion that, uh, can't be true, uh, but everything else was so reasonable...and such is the way that so much misinformation becomes part of the pop culture narrative.

In this instance, I started with an appeal to authority (link to a 'journal' and important sounding names of people who probably have PhD's), and then I took some known facts about the Sierra Nevada (rapid Cenozoic uplift; mantle drip) and mixed it up with some geological terminology that quickly zoomed off into ridiculous territory (magnitude 10.5, a salute to a very bad TV movie). What's the problem with a little fun amongst geological friends?

But this is the way it is done on the battleground of public perception in geology and evolution, and the stakes are a great deal higher than an April Fool's prank. Consider...would a person without a geological background be able to recognize the prank? And what if I changed the word "millions" to "thousands" of years? This suddenly becomes a reasonable-sounding creationist explanation of the origin of the Sierra, Central Valley and Coast Ranges from a young-earth perspective. If it were presented as such, could you refute it succinctly, quickly and clearly, without going into a long winded explanation? It isn't necessarily easy, especially if your client doesn't trust you in the first place.

This is what we face in Creation-Science world. This is a place where all of the sedimentary layers of the Grand Canyon were deposited in weeks or months, and were eroded just as quickly when Noah's flood drained from the continents. It is a world where fossils were formed in a matter of days as the flood swept all life away, and where dinosaurs like T-Rex munched on fruits and vegetables until Eve bit the apple. It is a place where evolution doesn't occur. At all. Except in small bits within "kinds". Oh, and the relatively few "kinds" on the ark (e.g. dog, cat, mouse, deer, cow, and antelope) changed into the thousands of species in the world today during the last 4,000 years since the flood subsided. The dog 'kind' for instance, became all the wolves, coyotes, foxes and domestic dogs (but this wasn't evolution because it happened too 'fast'). And so on, and so on, and so on. These kinds of statements are transparent and ridiculous to those educated in geology, but they are perfectly reasonable to someone whose religion seems to demand belief in a worldwide flood around 4,000 years ago. It supports their faith. And the people providing these stories have their trust because they say they are Christians too. And Christians don't lie or deceive about these things.

I realize that many of you are aware of the kinds of thing that organizations like the Institute of Creation Research are up to, and the kinds of deceptive articles they publish. But if you haven't seen what they do, you should check it out, starting right here http://www.icr.org/aaf/. And keep in mind: the people they write for are predisposed to believe every word they read.

This is the challenge that geologists and teachers must face in the public arena. It is important to know where people are coming from when they ask strange questions about our science.
What's the strangest thing you've come across in Creation-Science World?
Posted by Garry Hayes at 10:48 PM

Both of my siblings are teachers - my brother is a chemistry teacher, and my sister teaches at a charter school. When we get together, we can't talk about this topic, because I'm the only "old earth" person in the family. The last time we tried talking about the subject, I was almost tarred and feathered by my own family. We could have had barbecued straw man for dinner, with all of the non-science arguments going on. It makes me sad that we can't talk about science - but that's the way it is in our family.
I am a devout Christian, just like they are, but I know that faith and science are not mutually exclusive - you _can_ have both.

Geotripper, I think that April Fool's jokes are fine, personally, especially if it is or becomes obvious it's a joke. One can always go back and add that tidbit prior to the comments, if concerned (or near the top).

Socalmike, I agree, science and a variety of religious beliefs/faiths are not mutually exclusive - and families can be tough places to have those kinds of conversations.