Yosemite's Half Dome Makes an Appearance...in the Central Valley 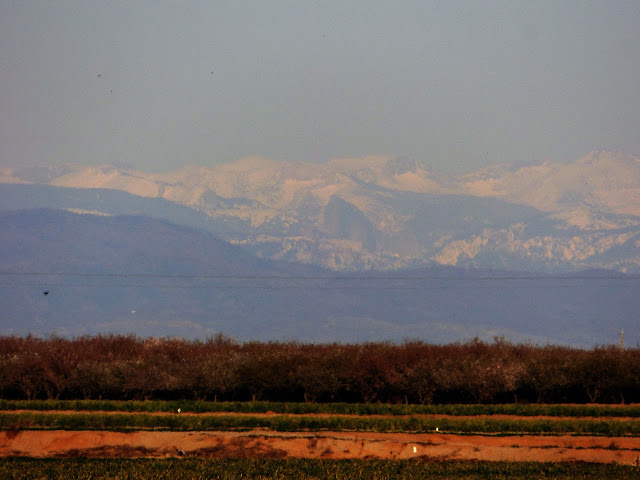 Once a week, my errands take me past the intersection of Keyes and Hickman Road on the floor of California's Central Valley. There is usually nothing much to be seen there in the late afternoon hour, just some fields of crops and almond orchards. Nothing much that is, except for the rare clear days in our usually smoggy and dusty valley. On those days, the Sierra Nevada can be seen off in the distance, and from a narrow angle, one can see the looming edifice of Half Dome, rising 4,000 feet above Yosemite Valley. Today was one of those days. 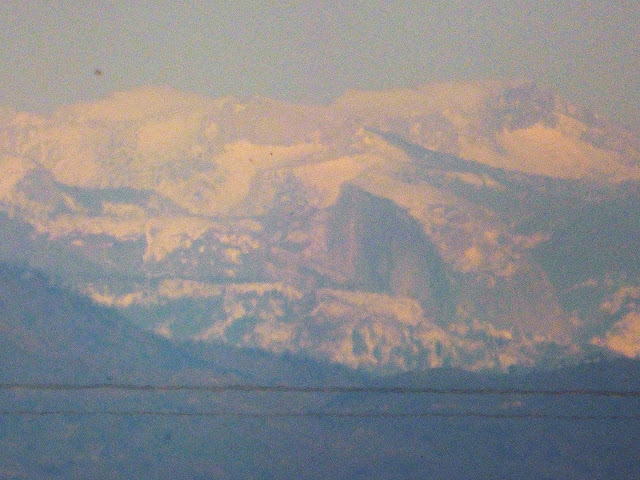 It's been a little controversial, because there are some who think it is not possible to see the dome, and indeed it is not easy to see unless you know just where to look. My pictures are at zooms ranging from 60x to 120x. The picture below provides an idea of the appearance with the naked eye. The dome itself is mostly to the left of center. One has to keep in mind that the rock is something like forty miles away, and there are even effects caused by the curvature of the earth that make it look odd. 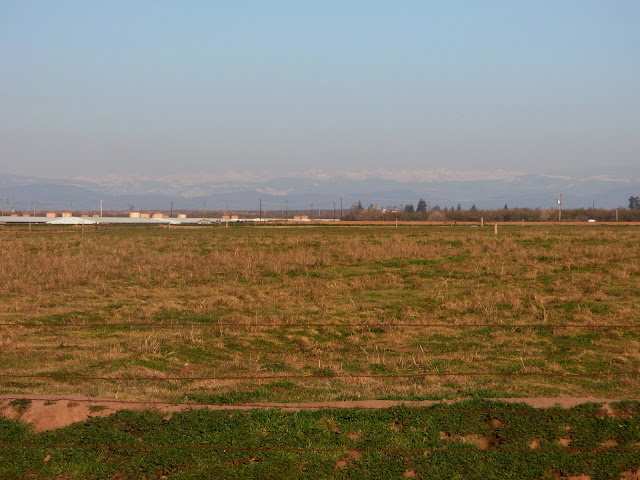 The previous day had been clearer, but I just couldn't get away to try for the picture. I had to sharpen the contrast and play with the other settings to bring out the dome. Some are surprised that it doesn't form the skyline, but the peaks behind reach elevations of 12,000 feet or more. Half Dome isn't even 9,000 feet high. I only discovered the view because the first time it was visible to me, there were clouds obscuring the peaks behind, causing the dome to stand out as if it were on the skyline. 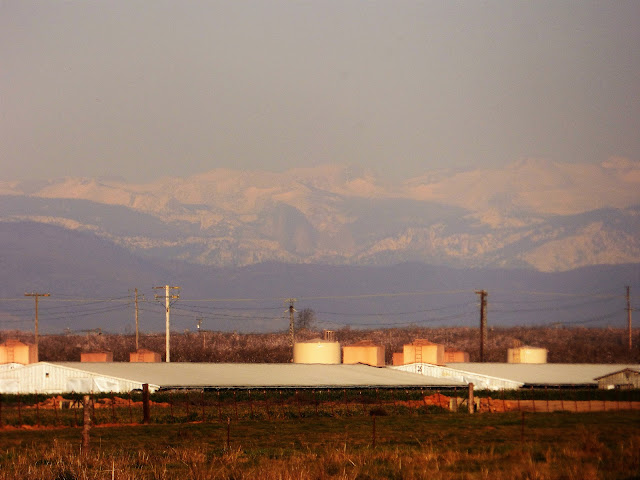 We'll see if the storms next week clear out some of the dust and smog... 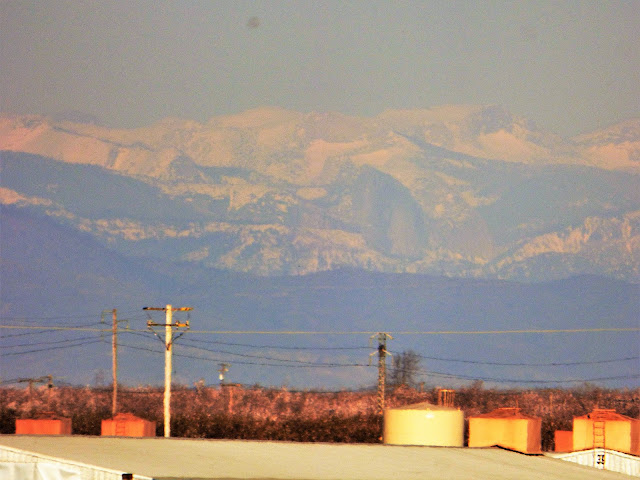 It's not Half Dome. If you look at pictures of Half Dome from Inspiration Point (near Bridal Veil Falls), Half Dome is barely peeking out from some other mountains. It is not even prominent from the same view line in the Yosemite Valley itself. So, why would it be so prominent 100 miles away? And if you look at pictures from on top of Half Dome, you don't have a clear view of the Central Valley, like you would if this picture was of Half Dome. And lastly, you would see Sentinel Point and Glacier Point and El Capitan nearby Half Dome, but you don't see them in this photo. It looks like Half Dome, but clearly isn't.