The Sounds of Science (with apologies to Paul Simon): Kids are More Talented Than You Think 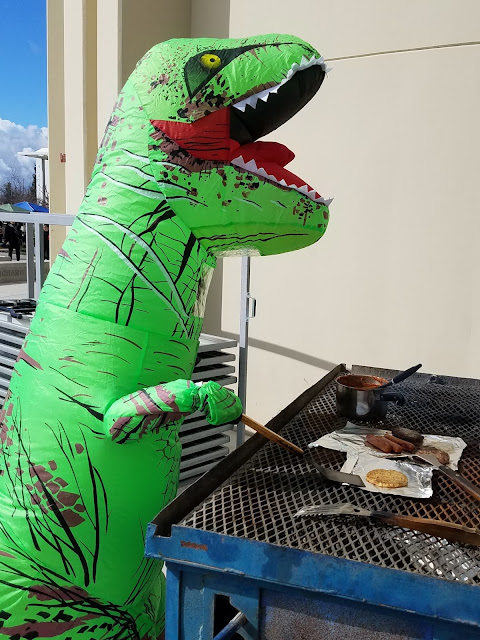 Strange things were afoot on Saturday at Modesto Junior College, where I've been teaching for the last thirty years. There was a Tyrannosaur flipping burgers, and a very cool Triceratops taking orders for Brontoburgers and Raptor dogs. 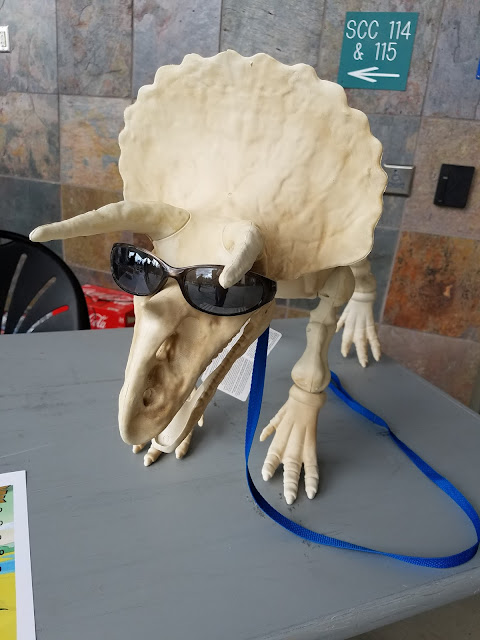 There was a constant barrage of earthquakes recorded on our seismometer upstairs on the third floor. There was some sort of harmonic tremor going on, visible on the bottom row of the monitor below. Was a volcano about to erupt under our campus? Were we in the grips of an earthquake swarm? Nah, nothing like that. It was instead that time of year for the sounds of science to take place at our institution: the Science Olympiad. 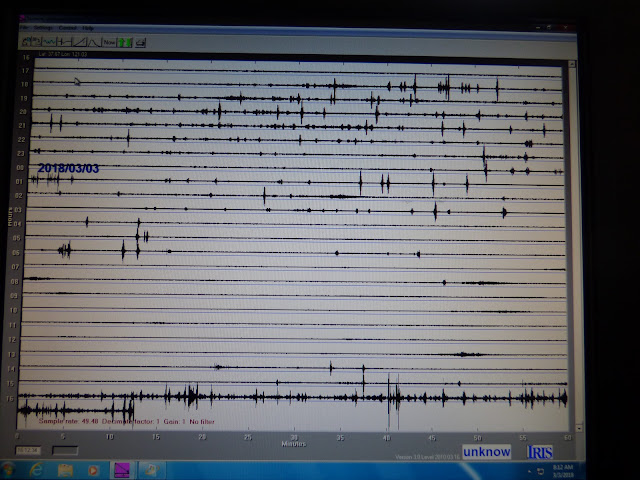 Forty-six junior- and senior-high schools from Stanislaus County, many hundreds of students, had gathered to compete in a series of science-related events. The winning schools from our competition would advance to state-level competition.

Our county is economically moribund. It takes a long time for economic recoveries to reach our region, which regularly has an unemployment rate that is twice the national average. Recessions hit us first (we reached close to 20% unemployment in 2011). The money for education is limited to say the least. And it often seems that science is not a very high priority when budgets are proposed. But the funny thing is, our residents have better priorities than our political leaders. When we had a chance to vote for a bond issue to upgrade our community college campus, including the construction of a Science Community Center, the county voted for it. Since the center opened in 2015, with the planetarium and the Great Valley Museum of Natural History, tens of thousands of kids (and their parents) have paid a visit. Our county knows that support of science is a key to a secure economic future. 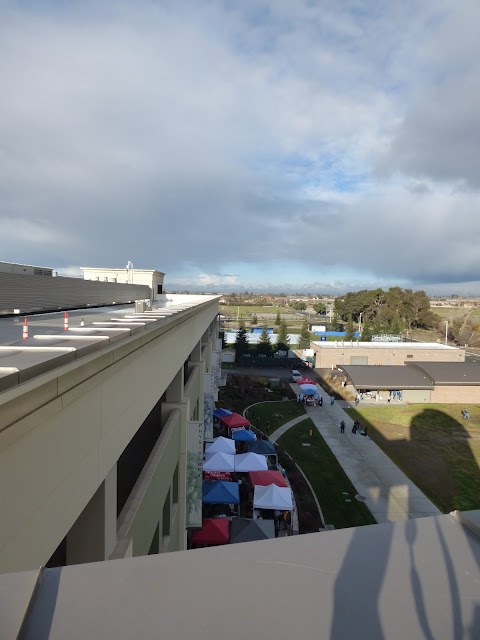 And so we witnessed the genius of our best and brightest students competing for glory in laboratories instead of football fields. There were more than forty events. I was in charge of the competition in Rock and Mineral identification, and some of the student teams had scores that rivaled those of my first- and second-year geology students. 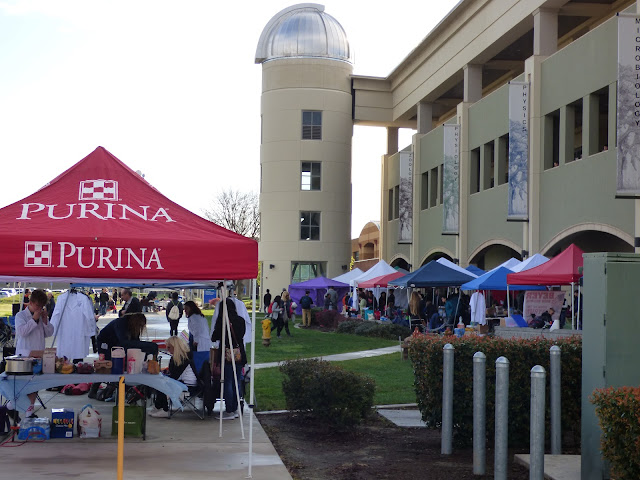 If you are wondering about why a T-rex and a Triceratops were involved, well, what can I say? 700 or 800 hungry students were on campus, and our Geology Club stood ready to provide them sustenance to help raise funds for our field studies program. 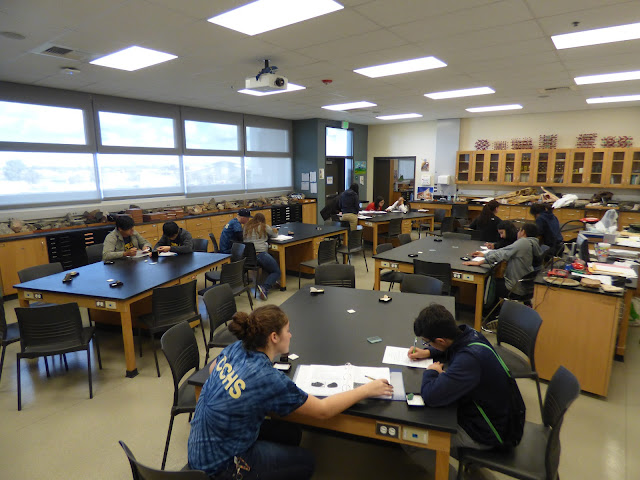 I've been participating in the Science Olympiad now for nearly three decades. It is a privilege and an inspiration to see these very talented students in action. It gives me hope for the future.
Posted by Garry Hayes at 2:50 PM