Seeking the Savanna instead of Seas: "Saturday Night Live" and Geology?? 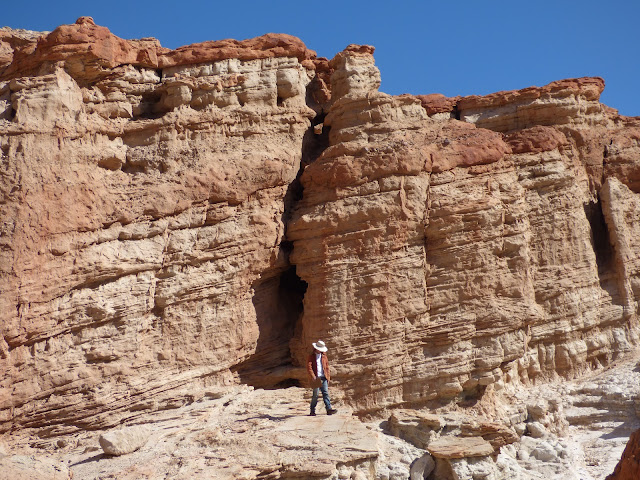 Historical geology is a real head trip (remember that term?). Stick geologists in the desert against a cliff like the one above, and they will make a few observations, pick up a few stones (and/or fossils), and in their mind's eye, they will be exploring a long-ago prairie that would have looked much like the one in the picture below (a bit of the rarest ecosystem in California, the prairie at Merced National Wildlife Refuge). 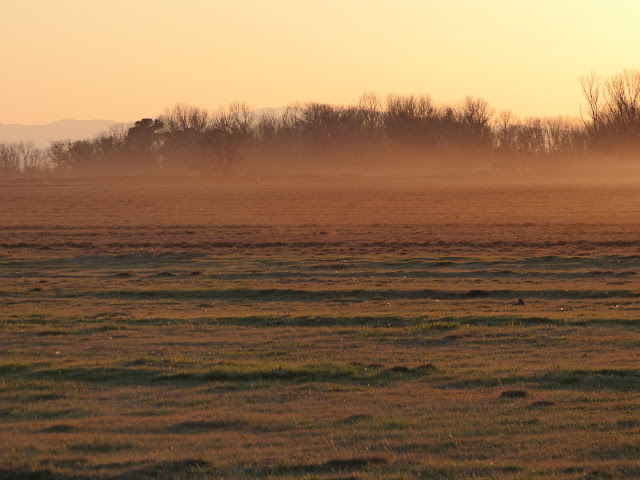 There would be differences of course. This current-day prairie is populated by a diverse group of birds and small mammals like ground squirrels and rabbits. But it lacks some of the components of a healthy modern wild prairie, mainly the larger grazing animals like deer, antelope, and bison, and the large carnivores that would prey on them. Coyotes and foxes still inhabit the region, and cattle or sheep are sometimes brought onto the prairie to help maintain the quality of the grasslands. But the larger canines and cats, i.e. the wolves and the lions, are long gone, as are the bears. 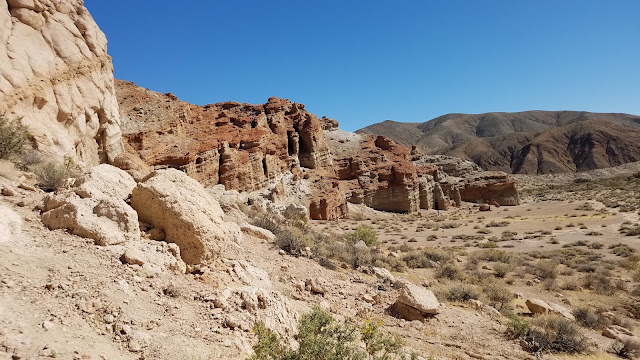 We were on the first full day of our exploration of Death Valley National Park. We weren't there yet, because we had a hundred miles of Mojave Desert to cross before we reached the park. Along the way we made a stop at one of California's most spectacular state parks, Red Rock Canyon (not to be confused with the Red Rock Canyon National Conservation Area outside of Las Vegas). Red Rock Canyon is on Highway 14 between the town of Mojave and Lone Pine, southeast of the Sierra Nevada. The place will look familiar to many, as the striking red and white cliffs have formed the backdrop to dozens if not hundreds of Hollywood movies (including some the opening scenes of the original Jurassic Park). 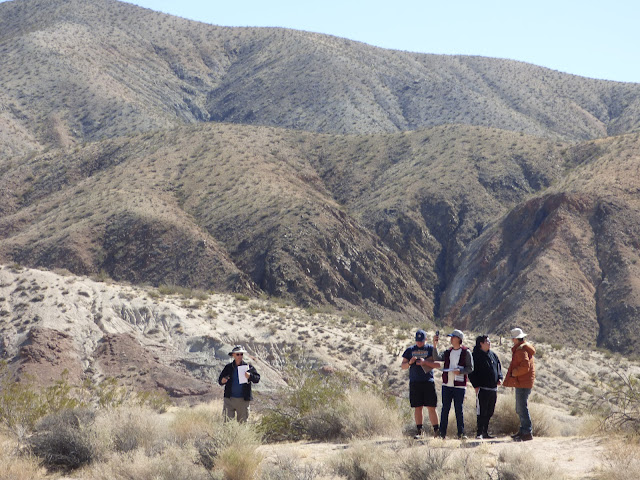 The plain hills to the south of our parking area (in the picture above) are composed of Paleozoic and older metamorphic rocks that have been displaced and uplifted along the Garlock Fault just south of the park. The rocks have been moved some forty miles from their original location by the left lateral movements of the fault zone. They have their own fascinating story, but what catches the eye are the much more colorful sedimentary layers that were deposited on the eroded surface of the metamorphic rocks between about 8 and 12.5 million years ago, a time period called the Miocene epoch. 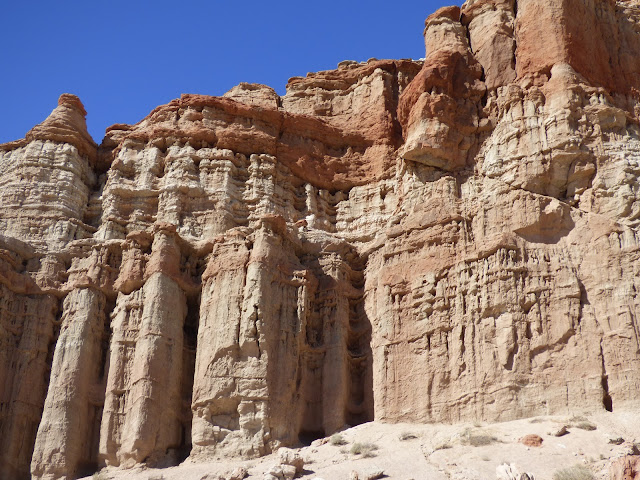 For many of our students, this is the first real-world example of the basic principles of stratigraphy. We spent a few minutes talking about the birth of the science of geology in the observations of Nicolas Steno (superposition, lateral continuity, and original horizontality), and James Hutton (uniformitarianism). Then I unleashed them onto the rock exposures so they could evaluate the origins of the rocks and the sequence of events that produced the spectacular cliffs in front of us. 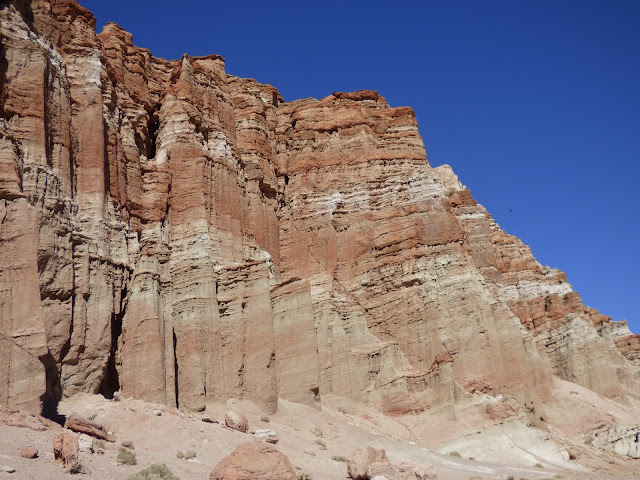 Understanding the changes of a prairie ecosystem through time is as easy as understanding "Saturday Night Live" (which for a fact might not be that easy). For more than forty years the underlying structure of the show has remained much the same; there's a guest host, there is a cold open ("It's Saturday Night!"), there are skits, there is the weekend news, there are fake ads, there are musical numbers. But cast is constantly in flux. There have been many people over the years who have filled in the niches: those who could mimic political figures, those who could act as the "straight man/woman", those who could sing. Sometimes the actors were so unmemorable that they disappeared without a trace after a few weeks or months. Others were successful, and remained for years. Others went on to greater things, like Hollywood movies. And that's how the prairie savanna has worked over the years. 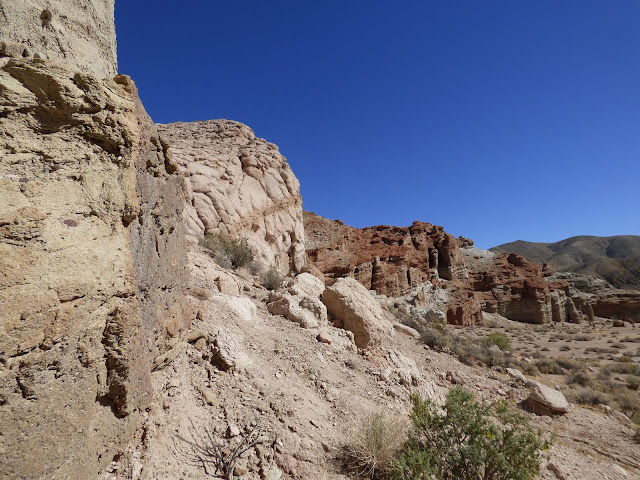 Once our students have looked closely at the rocks, they've identified that there are fine layers representing deposition in lakes, other layers that formed on floodplains or alluvial fans. The terrestrial origin of many of the layers is supported by the bright red color, formed as iron in the rocks oxidized into natural rust. What we don't have time for (or permission for that matter) is a search for fossils, because it is the fossils that tell the fullest story of these rocks. Are these fossils the John Belushi-Dan Akroyd period of the grasslands? Or the Joe Piscopo-Eddie Murphy period? Or Kate McKinnon? 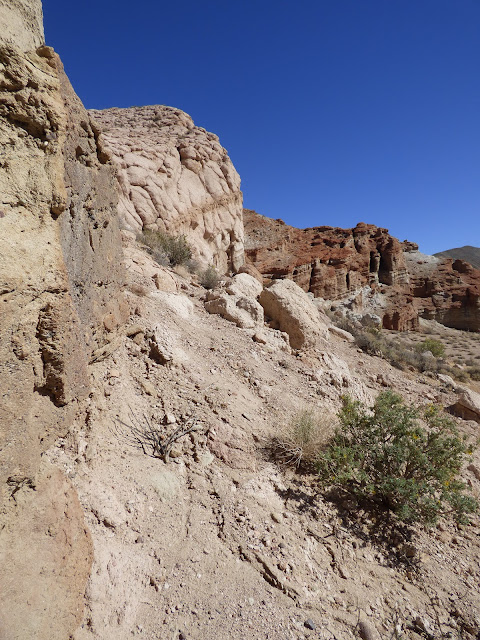 Grasses emerged as a dominant plant species in the middle of the Cenozoic period around 30-35 million years ago. The low-lying plants had a novel method of survival: instead of broad leaves easily chewed by forest-dwelling animals, the blades of grass incorporated silica into their structure, and the hard silica would soon destroy the teeth of most animals that tried to subsist on it. A general warming and drying of the world climate led to the expansion of the grasses at the expense of woodlands and tropical rainforests. Animals either adapted to the new conditions or went extinct. The early part of the Oligocene and early Miocene saw many changing species, especially in the horse clan. The ancestors of the horses were small browsers in the forests. As they adapted to the open grasslands, they became larger, and their feet went from three or four toes to hooves, which gave them great speed to escape predators. Their teeth evolved to grow throughout life, allowing them to survive nicely while grazing the grasslands. 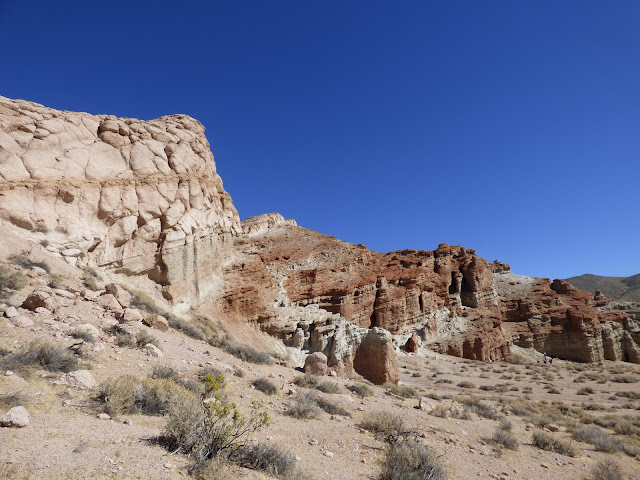 The fossil-bearing rocks at Red Canyon are called the Dove Spring Formation (formerly the Ricardo Formation). The cast of characters are familiar in the sense that they fill the roles of many species on the prairies and wetlands today, but there were some unfamiliar characters as well. More than a hundred species of plants and animals have been found, making this one of the richest and most diverse fossil assemblages in the American West. They include the smallest mammalian members of the ecosystem such as mice, ground squirrels, rabbits and even a pika. The larger grazers were represented by ten (yes, ten) species of horse (compared to the three existing in the present day), four camel species, and three species of antelope. There were the surprising ones, two rhinoceros species, and two elephant ancestors (gomphotherium). The carnivores are represented by eight species of canine ancestors (some are called the "bone-crushing dogs"), and three species of felids (cats), including an early saber-tooth. There is a fair candidate for the ancestor of bears and dogs called a "bear dog" (Amphicyon). For a complete listing of the fossils found at Red Rock, check out this technical report from 2009. 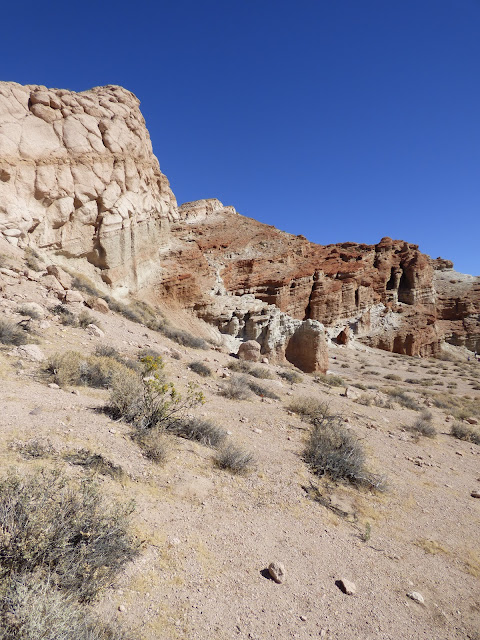 So our investigation of an ancient savanna prairie revealed some of the early players in the drama that has played out across North America over millions of years. Some of the players (genera) were diverse and widespread but ultimately died out in North America (the horses and camels, rhinos and elephants). Other lineages survived, including the deer, the pronghorns, and predators like the wolves, coyotes, mountain lions, and foxes. The bears still lurk nearby in the mountains and would no doubt reoccupy the grasslands if the farms disappeared. Like "Saturday Night Live", the show continues and hasn't suffered cancellation, but a great many changes have taken place. The prairies of 12 million years ago can still be found in California today, but with a new cast and a different look.