Spring is Coming, and Flowers are Awakening in the Sierra Nevada Mother Lode 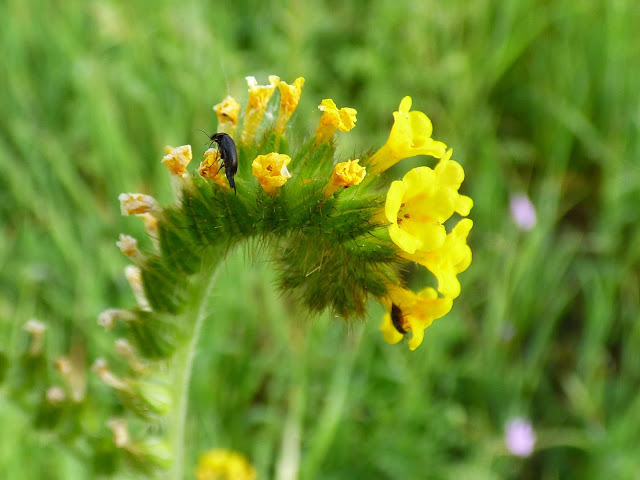 It's still a bit early to see the awesomeness to come, but the spring wildflowers are beginning to make a splash of color in the Sierra Mother Lode. With the record and near record amounts of rain in Northern California, the slopes are primed to produce a wildflower show to compete with the "super-blooms" taking place in the California deserts this year. We were exploring a portion of the southern Mother Lode in the vicinity of Mariposa and Coulterville yesterday, and I took my attention off the rocks for a few moments to catch some pictures of the early-blooming flowers. Above is a Fiddleneck (Amsinckia species), often one of the first of the wildflowers to bloom in this region. It can be poisonous to livestock, and yet was used as a food and medicine source by Native Americans. 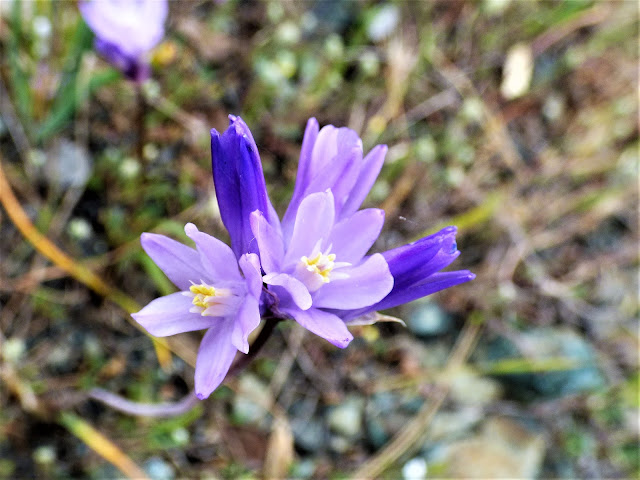 Near the Pinetree-Josephine Mine we saw a number of Brodiaea, or Blue Dicks (Dichelostemma capitatum). These beautiful flowers grow from bulbs that were also an important source of food to the Native Americans of this region. 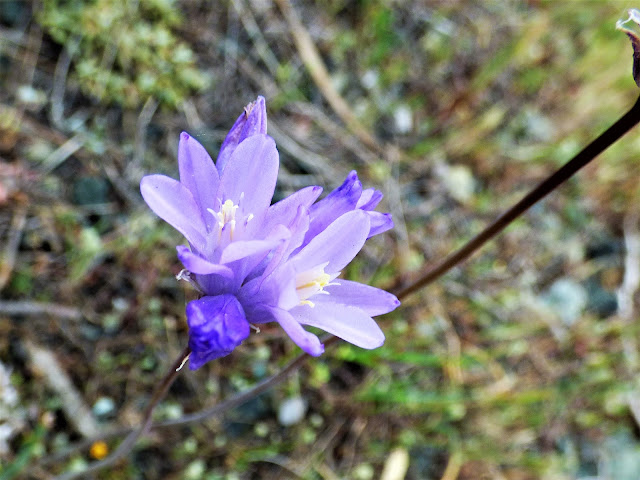 I don't know as many wildflower species as I should, as much as I appreciate their beauty. In a few places there were carpets of small yellow flowers (Goldfields, in the Lasthenia genus, thanks to Siera Nystrom in the comments). 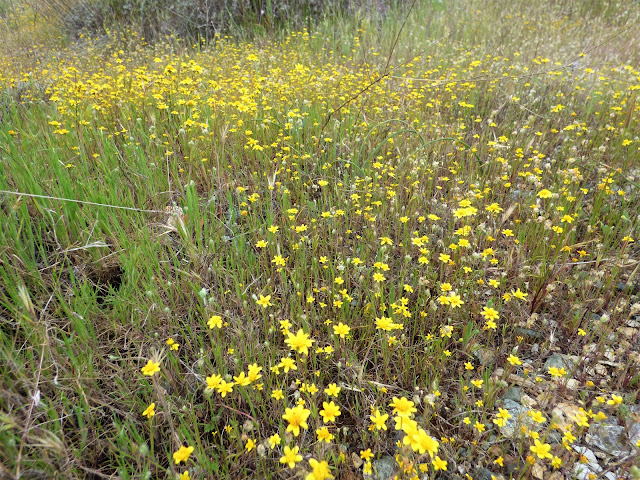 Seeing some of the flowers growing in the usually poisonous serpentine soils reminded me that it is time to head up to the Red Hills soon, a Mother Lode locality known for a large number of endemic species.
And finally, the ever-present and always beautiful Indian Paintbrush (Castilleja species). There are some 200 species of this flower. 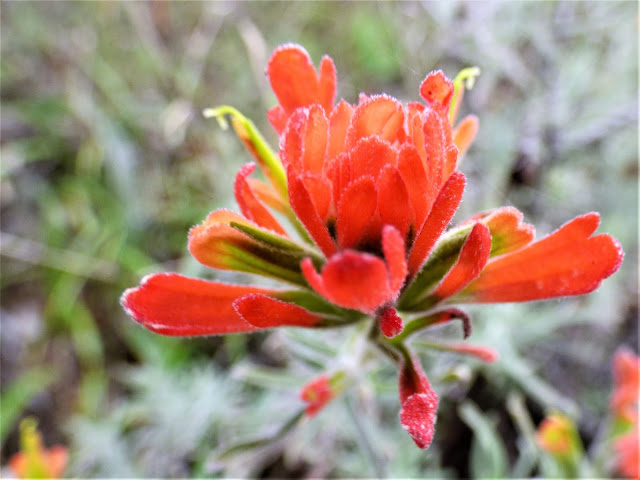 This is only the very beginning of what promises to be a wonderful year for wildflowers. I hope to be bringing many more such scenes to your attention in coming weeks!
Posted by Garry Hayes at 11:02 AM

I hope you do bring us many, many more of your local wildflowers in the coming weeks; it's not an area I am very familiar with.

The second from the bottom photo shows Orobanche fasciculata, clustered broom rape, a California native that is an obligste parasite.

Beautiful!! The small yellow flowers in your photo are Goldfields, in the Lasthenia genus.

Great shot of the orobanche! I too hope you post more flowers :-)