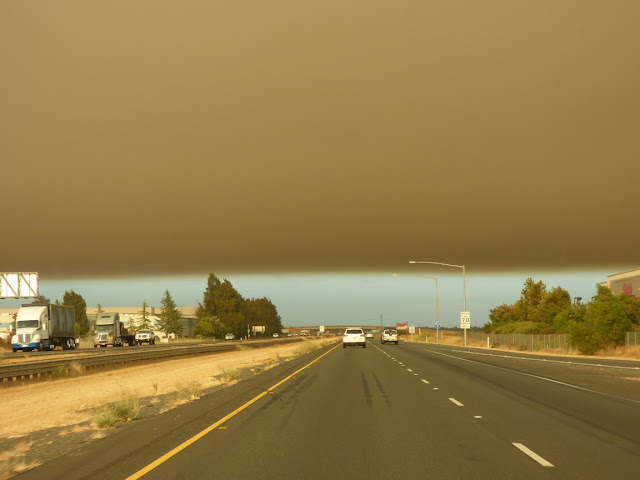 Tell me this isn't one of the stranger looking skies you've ever seen. I would have been rather freaked seeing this without having known the origin. It's not clouds. We were driving home after our latest journey, and could see a wildfire burning on the west side of the Great Valley north of Sacramento. We couldn't get details until we got home, but it turns out to be burning in the Lake Berryessa area, and it's engulfed 4,000 acres so far, and is threatening 150 structures (an update can be found here). 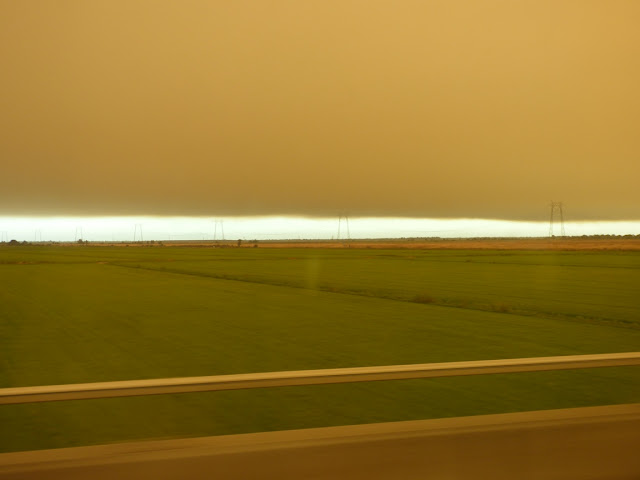 Our usual experience, which we feared would be happening as we approached the smoke plume, is to have the smoke at ground level, leading to impaired visibility and smoke inhalation problems. Instead, something about the weather today kept most of the smoke just above the ground. I suspect the "Delta Breeze", the landward flow of colder denser air from the Sacramento Delta, may have kept the warmer smokier air aloft. That was a relief to us. 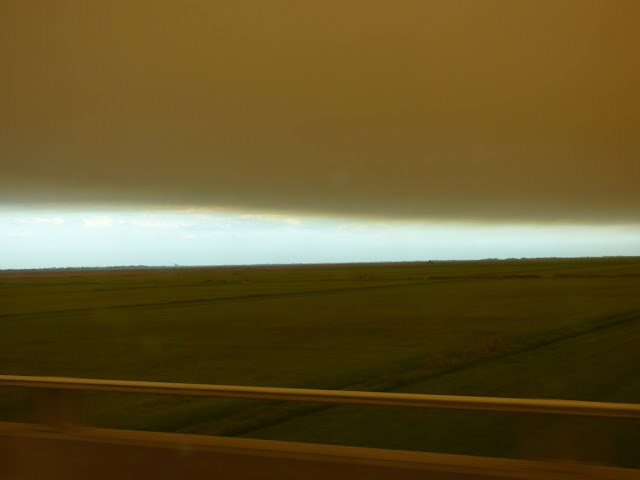 I'm not looking forward to the continuing wildfire season. We don't need anymore of this. Word is circulating that we may have a record El Nino condition developing in the western Pacific Ocean, and if it does, the record California drought may break. It's a two-edged sword though. The last strong El Nino in 1997 caused record flooding in the central part of the state. 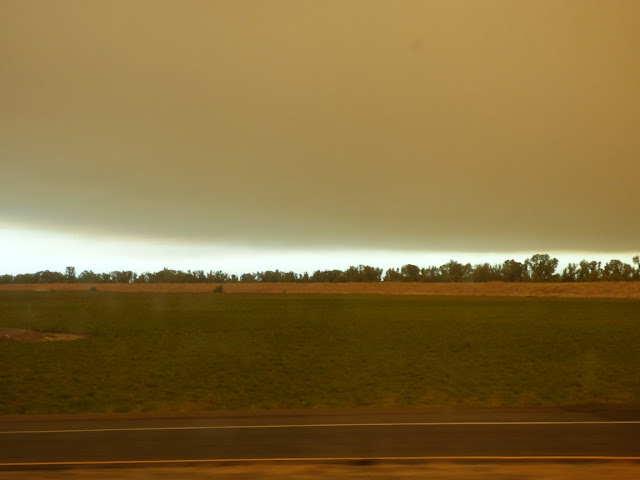 We crossed the Sacramento River at the Yolo Causeway and emerged from underneath the smoky plume. The skies were again clear and blue (and windy). I found myself wondering if this is what it is like to be living in the path of a volcanic ash eruption. 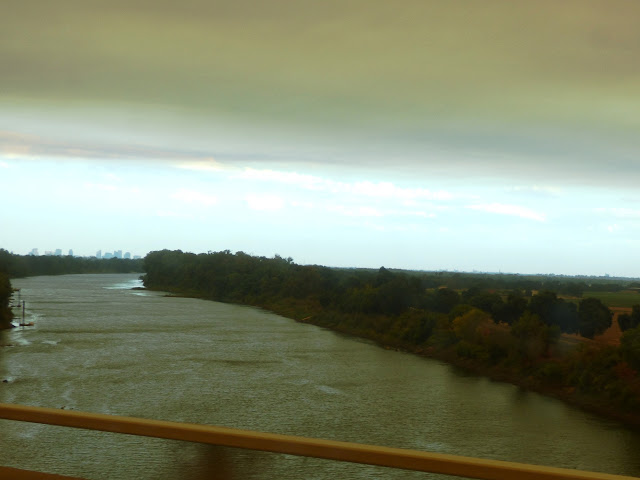 Mrs. Geotripper snapped all these pictures. She insisted, since I was driving the car. 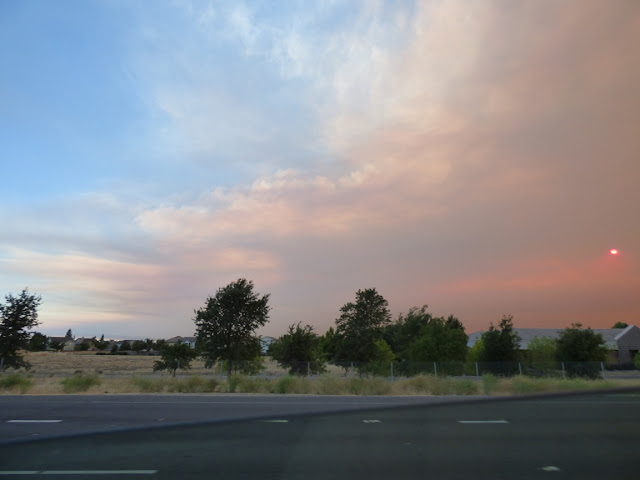 I miss your classes! But this blog makes it super easy for me to continue to learn from you and your vast awesome knowledge!

No escaping Nature's wrath, even in the paradise that is California. I say this because my CA relatives think I'm crazy to put up with Wyoming weather – or they used to ;-)

I took a very similar picture as your last during the SoCal wildfires of 2003.

Taken shortly before we stopped on the freeway and had to turn around, as it was jumping the 8. We could feel the heat from hundreds of feet away.