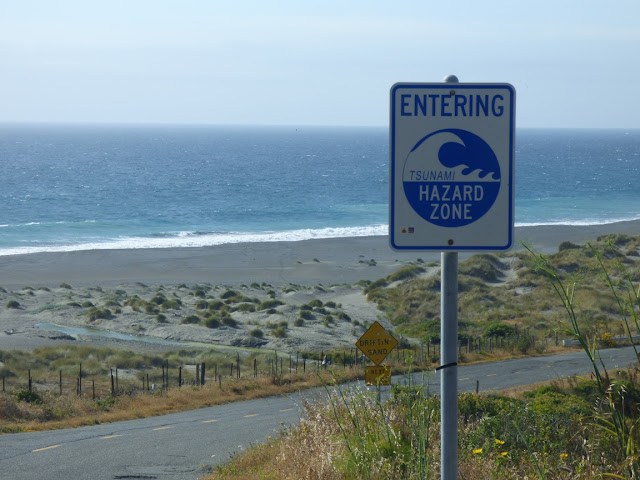 So I spent the last several months producing a blog series on the most dangerous plate boundary in the world, but had to point out many times that the subduction zone was extinct, and that central California, as dangerous as it might be, was not the most geologically hazardous place in the world. That dubious honor goes to active subduction zones. I'm on the road again (most happily), and my first stop was an active subduction zone. It's not that far away from our previous journey; it's in northern California where the San Andreas transform boundary ends, and the Cascadia Subduction Zone begins. It happens at Cape Mendocino on California's Lost Coast. 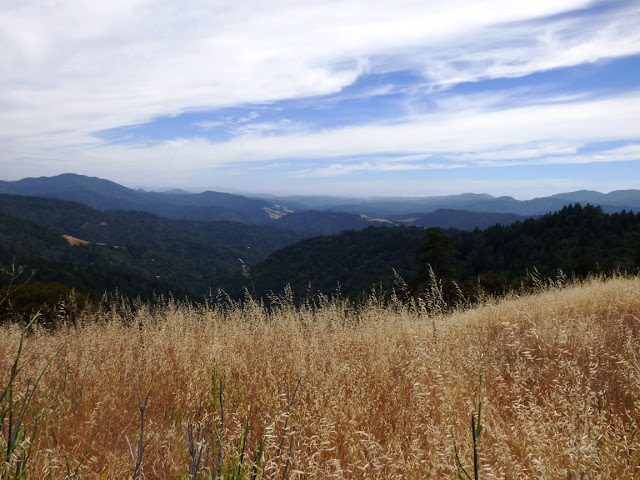 It's not an easy place to get to. We followed winding, rutted Mattole Road from Humboldt Redwoods State Park over the coastal mountains to the tiny hamlets of Honeydew and Petrolia and checked out the remote coastline at Mattole Beach (the estuary of the Mattole River), and the stretch of beach between McNutt Creek and Sugarloaf Island at Cape Mendocino. 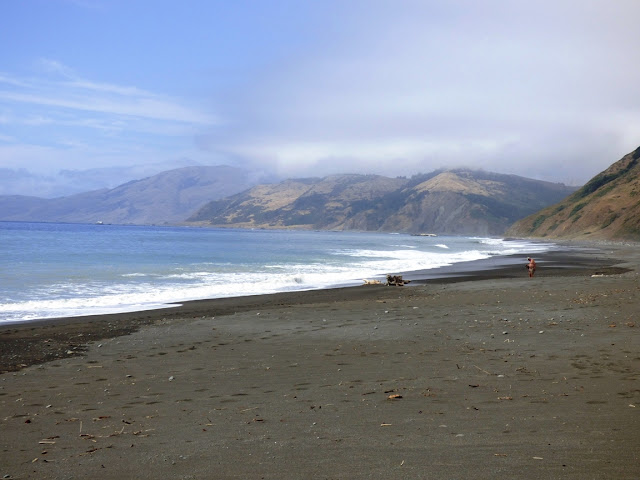 As you can see in the picture above, Mattole Beach was horrifically crowded, and we could hardly find a bare patch of sand to call our own. Well, okay, not so crowded. The small campground was half full, though. This region is where three plate boundaries come together: a triple junction. It is a geologically active zone, with a number of magnitude 7+ earthquakes over the last century, including a particularly nasty event in 1992 (magnitude 7.2) that caused serious damage in Petrolia, Ferndale, and Eureka. 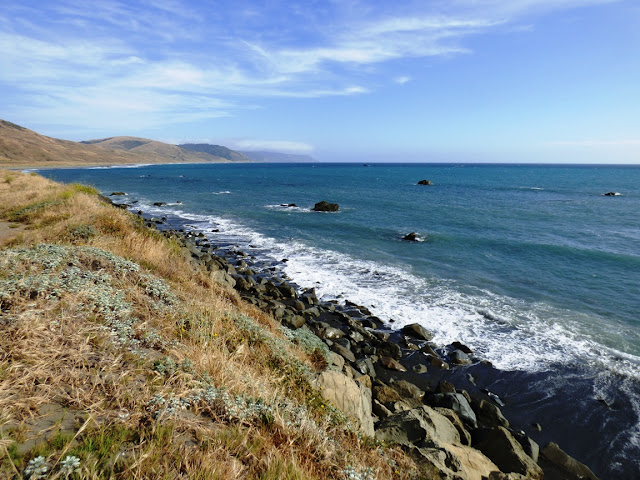 The event lifted the coastline several feet in places. The coastal plain near Sugarloaf Island (below) is actually a wavecut bench that has been lifted several tens of feet over the last few thousand years. Waves once scoured the surface at the ranch buildings. 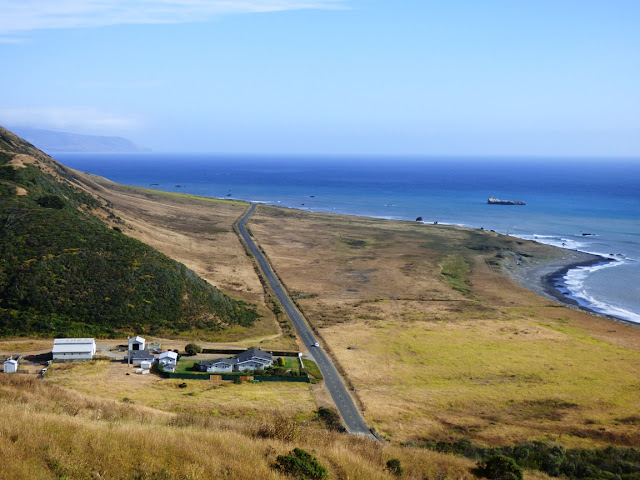 Sugarloaf Island is situated just offshore of Cape Mendocino. From here north, the Cascadia Subduction Zone rules the geology. Quakes along the zone can be huge, as great as magnitude 9. The last occurred just over 300 years ago in 1700. It generated a tsunami that caused damage in Japan. 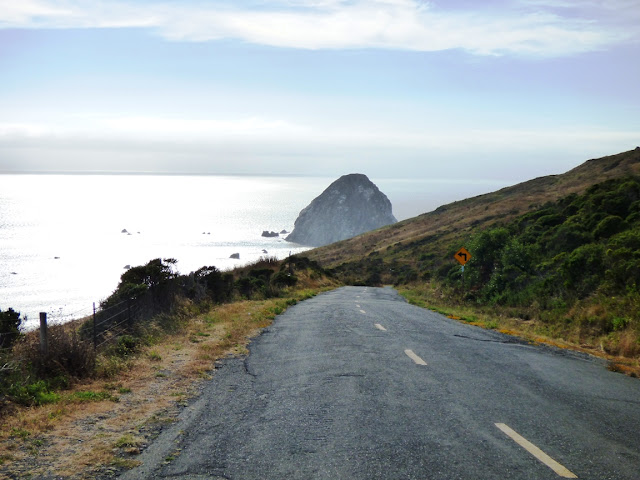 At this point, Mattole Road left the coast and climbed steeply over a series of ridges to Ferndale. Each of the ridges were fault blocks separated by thrust faults. This is a dangerous landscape!

Posts will be sketchy over the next few days or weeks as we camp our way north through Cascadia.
Posted by Garry Hayes at 10:42 PM

Great photos, I live up here and it's marvelous to see you've visited a couple of times, fabulous geology ... and such fun...