Geotripper Hallucinates in the Rainforest: Where are the rocks? 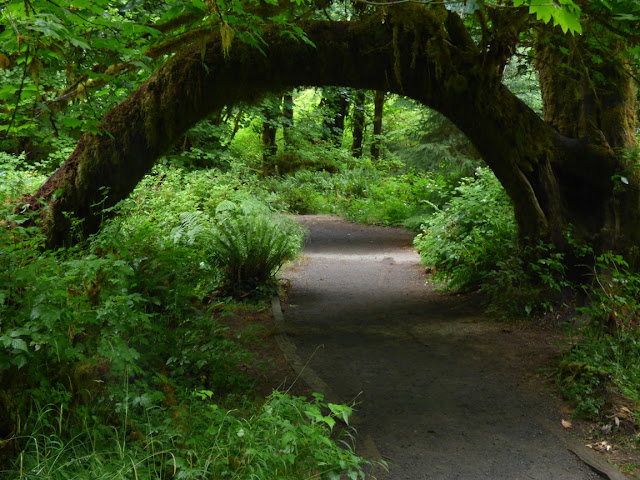 Archaeologists and geologists have it kind of tough in the rainforests. The people who lived here in past millennia utilized wood and bone most of the time in the making of their tools and habitations, and neither of those materials lasts for long in the wet acidic soils of a rainforest. Archaeologists don't have a lot of raw materials to work with. Likewise for the geologist, moisture and acid attack most rocks, turning them to clay in short order. The clay and soil coat the slopes, and the luxuriant plant growth hides almost all useful rock exposures. Actively eroding stream valleys and roadcuts are sometimes the only raw information a geologist has for mapping, and a lot of extrapolation must take place. No wonder I am more of a desert rat. I'm fundamentally lazy!

So I found myself hallucinating if you will during my travels in the past week through the rainforests of Northern California, Oregon, Washington, and British Columbia. And no, I avoided the mushrooms! I started seeing rocks in the forest, but most people call this stuff wood. For instance, the natural arch above, in the Hoh Rainforest of Olympic National Park. 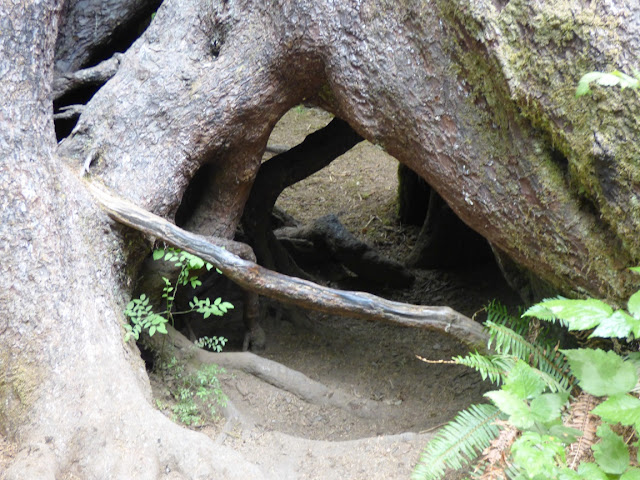 And this "limestone" cavern along the same trail? It had multiple passages and was big enough to crawl through, after all. It's gotta be a cave. 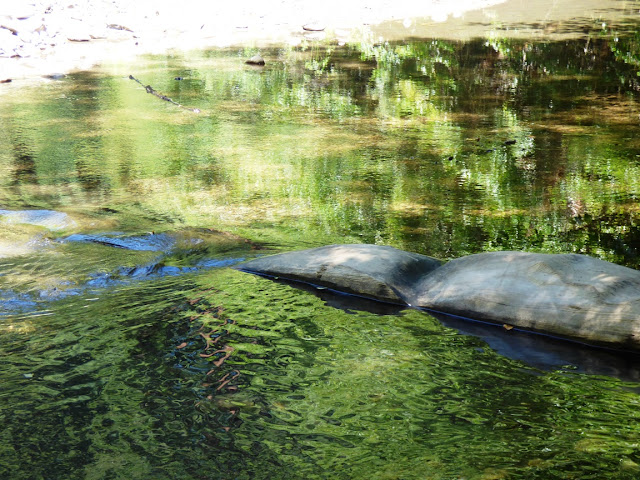 Rivers erode rock, right? So how about this ridge across Bull Creek in Humboldt Redwoods State Park in the above photo? Upturned metamorphic rock, surely? It was softer than most rocks for some reason. 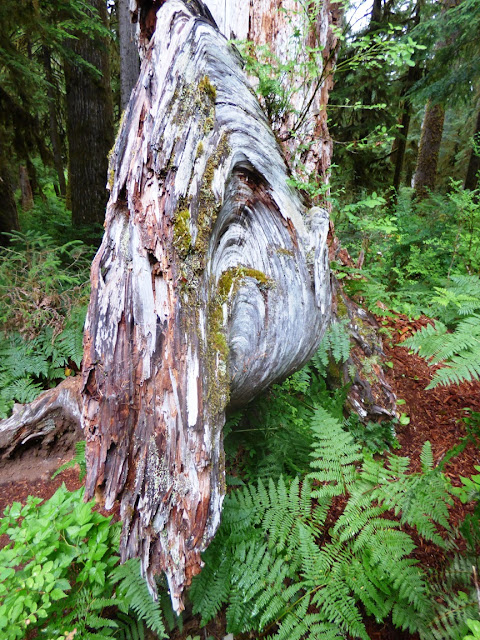 And isn't this a fold in metamorphic rock, along the Hoh Rainforest Hall of Mosses Trail? Surely this stuff isn't all wood?

At the end of my musings, I realized I was acting just a bit like a kid again. This kind of place would have been endlessly fascinating to me as a child. I know this because once in a great while, the child re-emerges and imagines all kinds of strange things. Crawling under tree trunks isn't quite as easy as it once was, though. 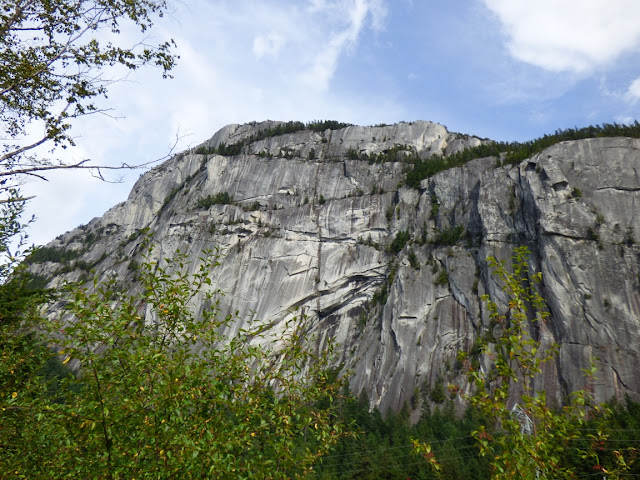 I'll get back to some real geology before long! There are actually rocks to be seen out here, and some of them are truly spectacular. Mrs. Geotripper and I have been having a great time doing something we haven't done in a number of years, just vagabonding from one place to another without a plan, other than a vague goal of seeing some parts of British Columbia that we missed on our field trip last year because of bad weather. I'm happy to say we've been mostly successful.
Posted by Garry Hayes at 10:32 PM