The Hazards of Field Work: Distraction by Cuteness

The perils of teaching in the field are paramount and legion: attacks by killer bees, mosquito bites, falling off cliffs, sunburn, and multitudes of other hazards. But there is something visceral with coming face to face with an animal that is capable of killing you with a swat of its claw. But it wasn't likely to be one of these fine creatures. According to my sources, there hasn't been a fatality in California from a Black Bear attack in at least a century. These animals, as powerful as they are, are incredibly patient with human beings. 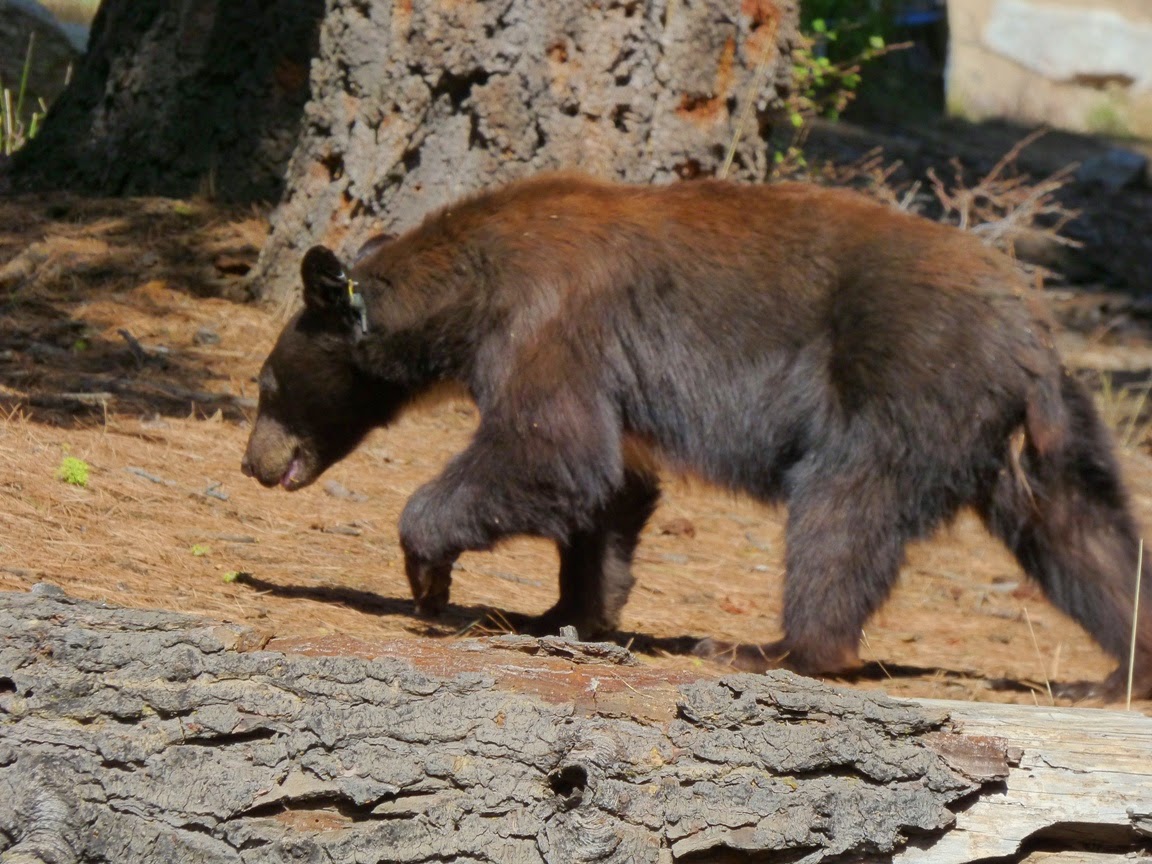 I've seen a handful of bears over the years in my travels, but this last weekend in Sequoia National Park was extraordinary. I was teaching a field class on the geology of Sequoia and Kings Canyon National Parks when we saw not one or two, but seven different bears. Despite their reputation (which is mostly unearned), the bears were docile, doing bear things instead of ripping into cars or attacking humans. For all my travels, I've never seen a bear cub in the wild, but this last weekend I saw four of them! 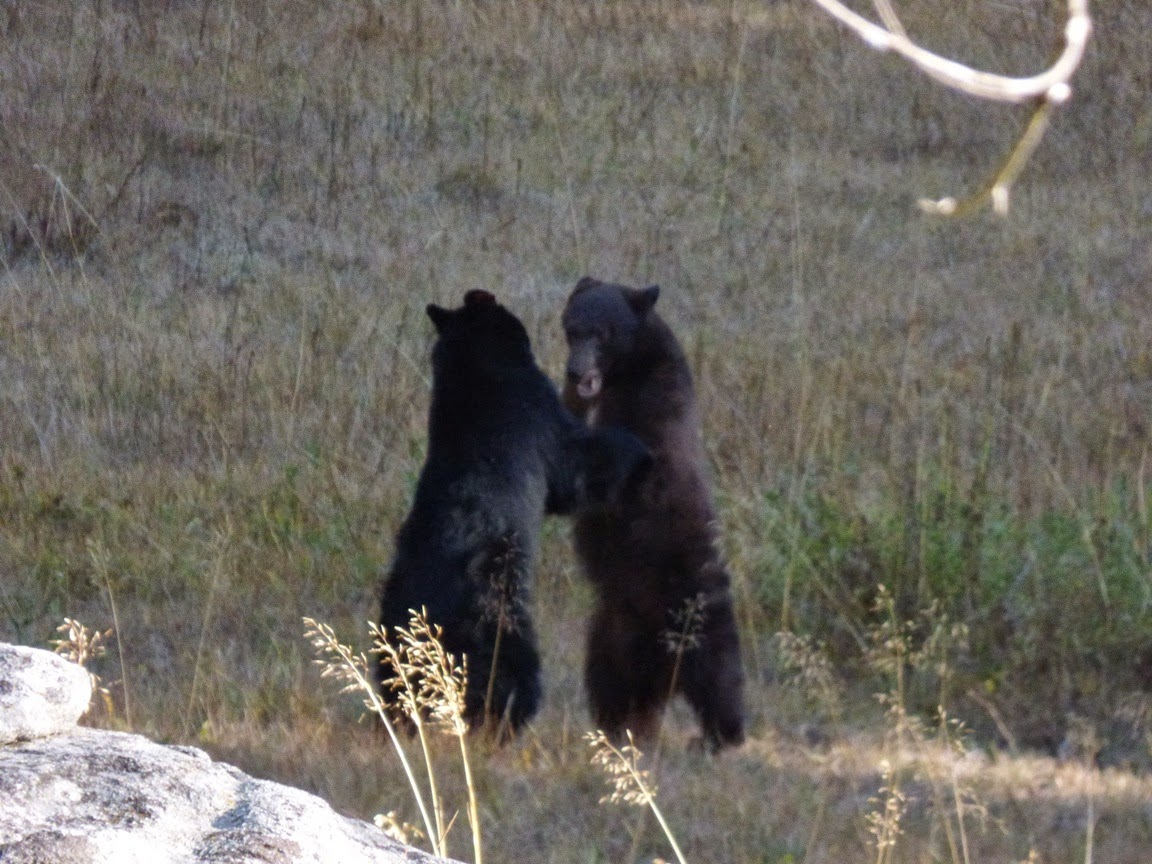 The first ones interrupted my introduction to the geography of the Sierra Nevada. We had just arrived at Crescent Meadow in Sequoia when one of the students spied a bear through the trees. After a few moments we realized there were two of them! The two cubs were hunting for food in the meadow and occasionally playing with each other in a rough and tumble wrestling match.

After finishing at Crescent Meadows and climbing Moro Rock we drove to the Giant Forest and prepared to walk down and see the General Sherman Sequoia tree, the world's largest living thing. We found these adorable cubs instead, looking for grubs or seeds in the forest next to the parking lot. Far from feeling threatened, we wanted to just pick them up and cuddle them. Which of course would have been stunningly stupid. We got out the cameras instead and watched them for a while. 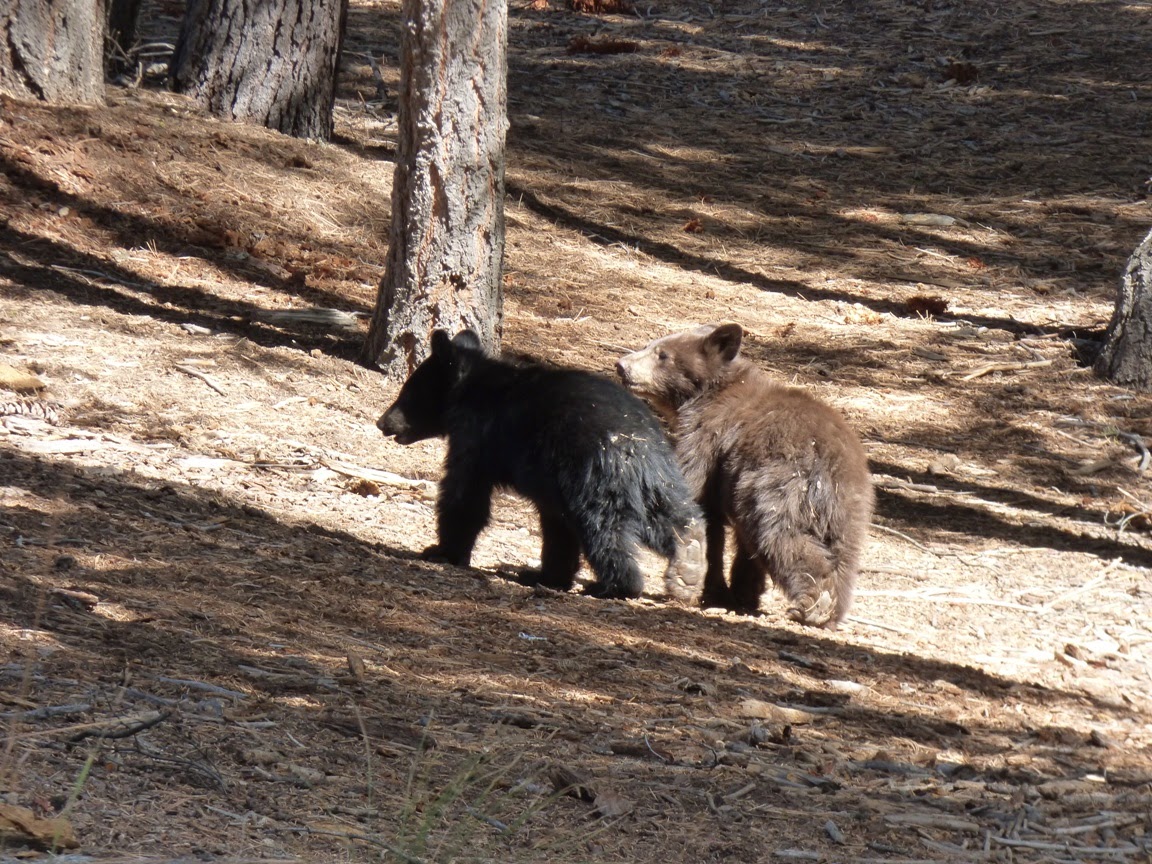 They were doing the right thing, snuffling in the forest instead of tearing into cars. They seemed pretty unconcerned about the gathering crowd of people. In case you are wondering, we did know where momma bear was; she was up in the top of the adjacent tree knocking branches to the ground. 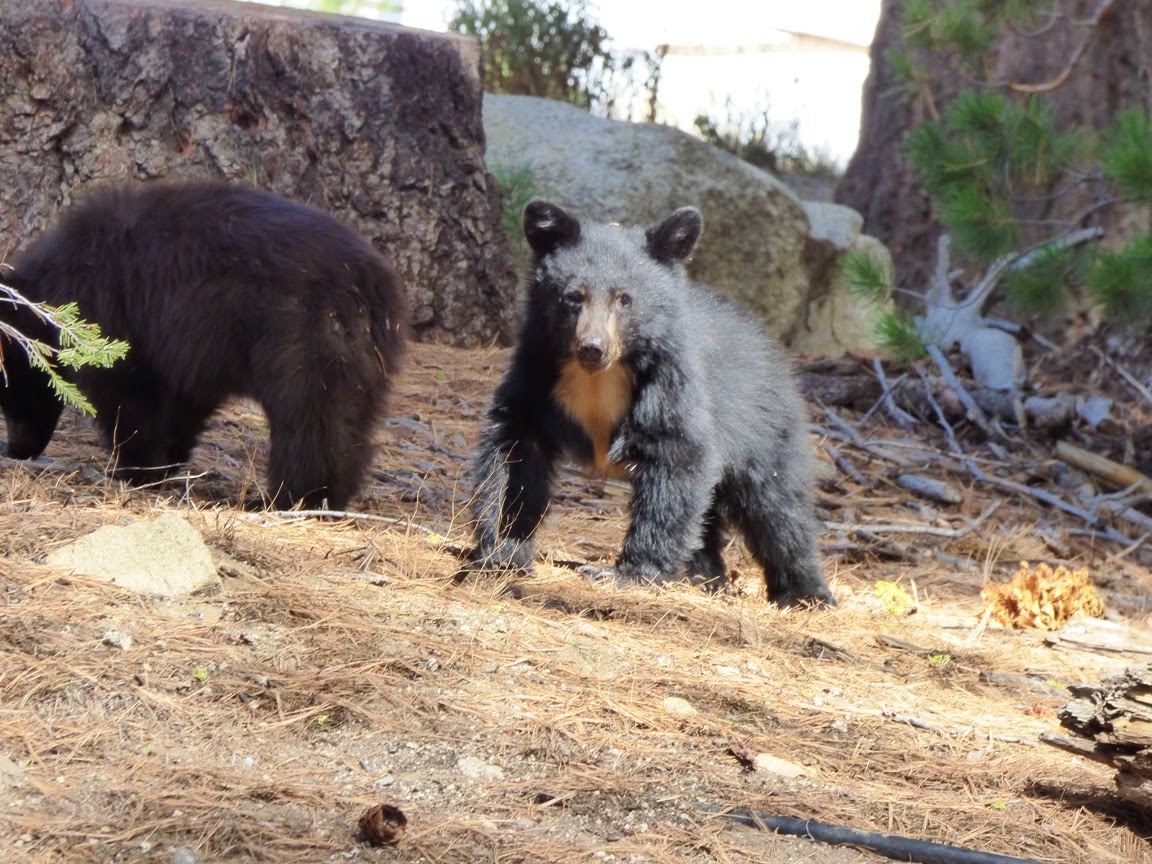 The cubs knew momma was up there, but didn't seem overly anxious to be climbing the tree. The crowd of humans grew a bit, but the cubs seemed unfazed by it all. 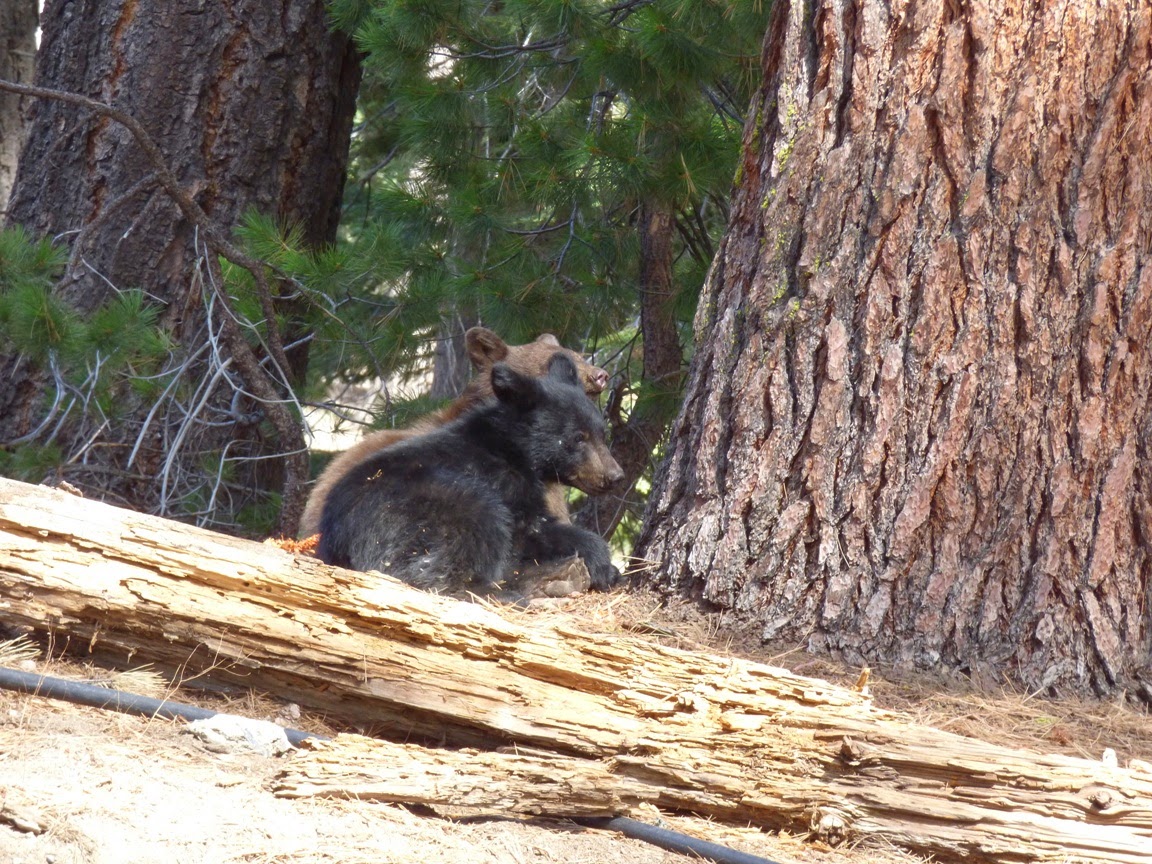 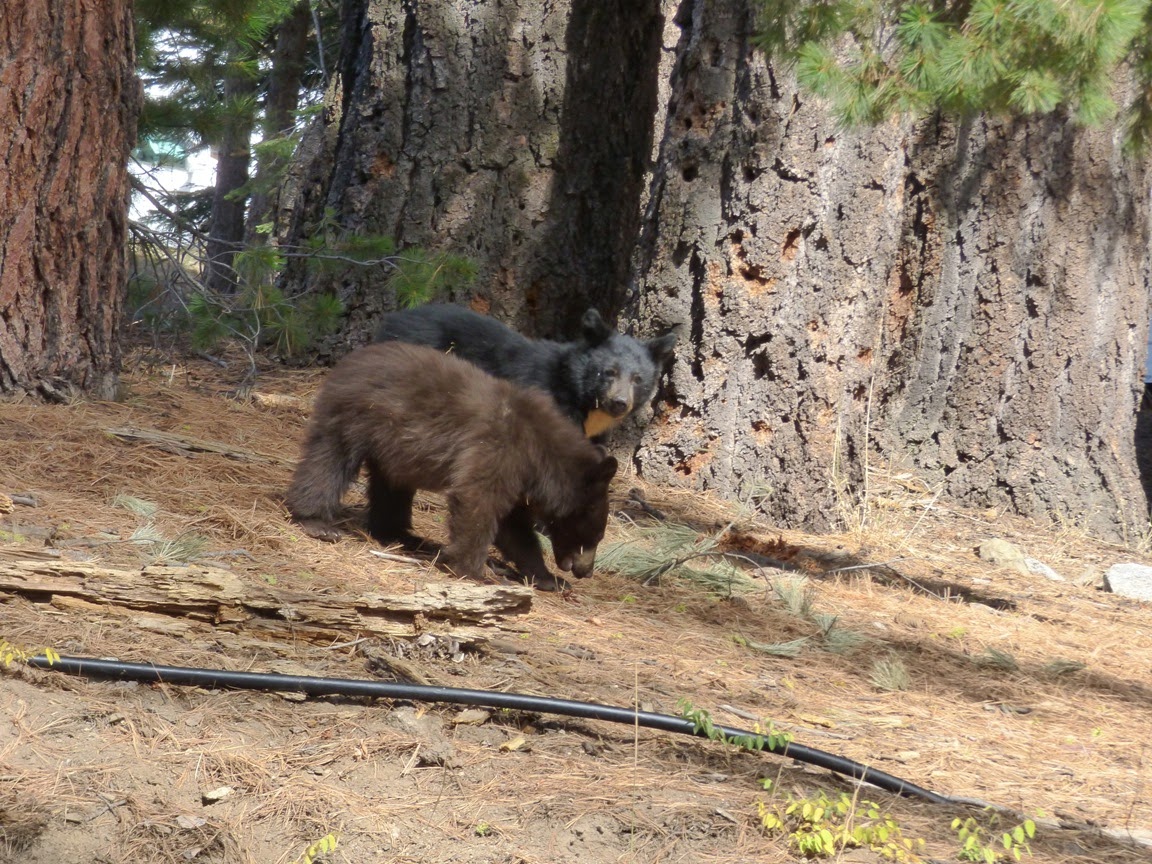 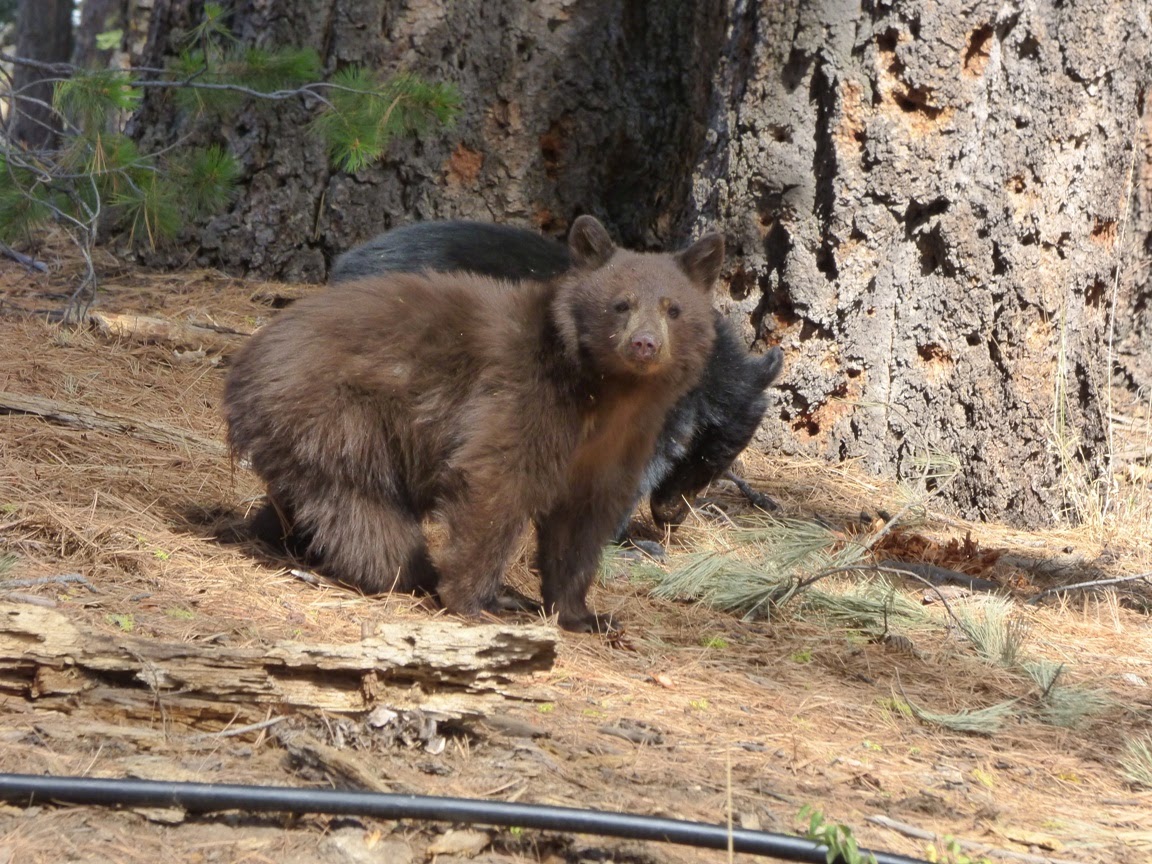 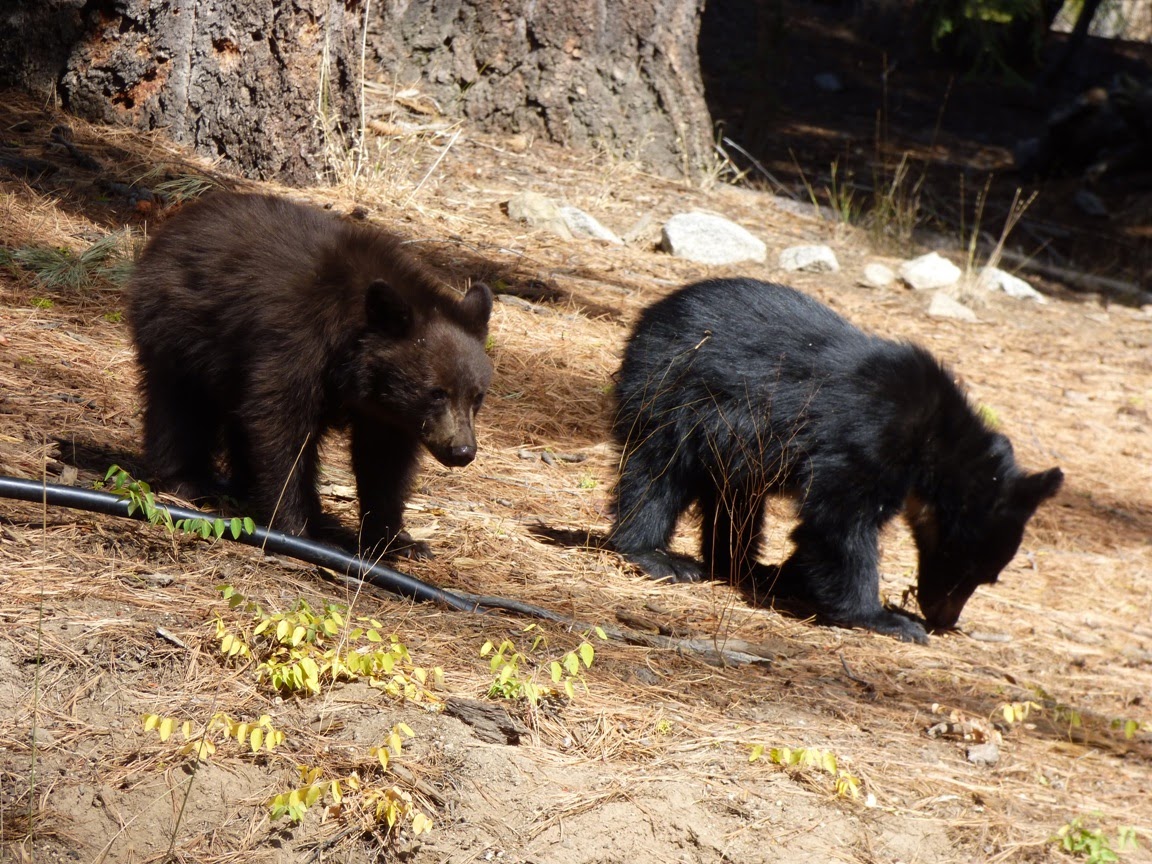 Momma finally climbed down out of the tree and collected up her young ones. I was pleased to see their total disinterest in the nearby cars. After a few more moments she wandered down the hill and the cubs followed. I was mesmerized by the sight. We gathered up the camera equipment and headed  down into Kings Canyon, our stopping place for the night. 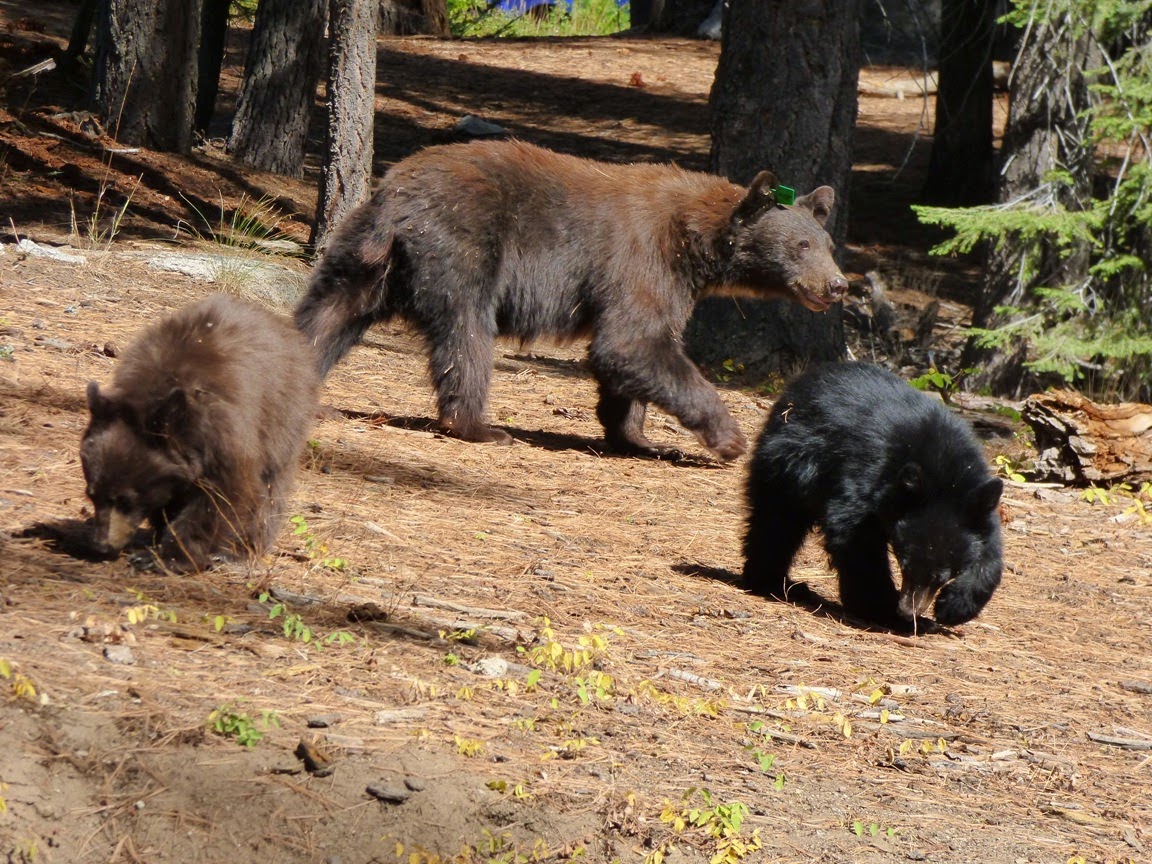 It may not have been particularly geological, but it was a fun distraction!
Posted by Garry Hayes at 12:39 AM

What an fun and exciting treat for you and your students to see! AND you got such amazing photographs of them! That was so cool!