Our trip, the Northern Convergence tour, was not over, but the time had come to cross the border back into the United States from Canada. The trip thus far had been an eye-opener. We had been exploring the "crowded" part of Canada in British Columbia and Alberta, but the land itself exuded wildness and isolation. 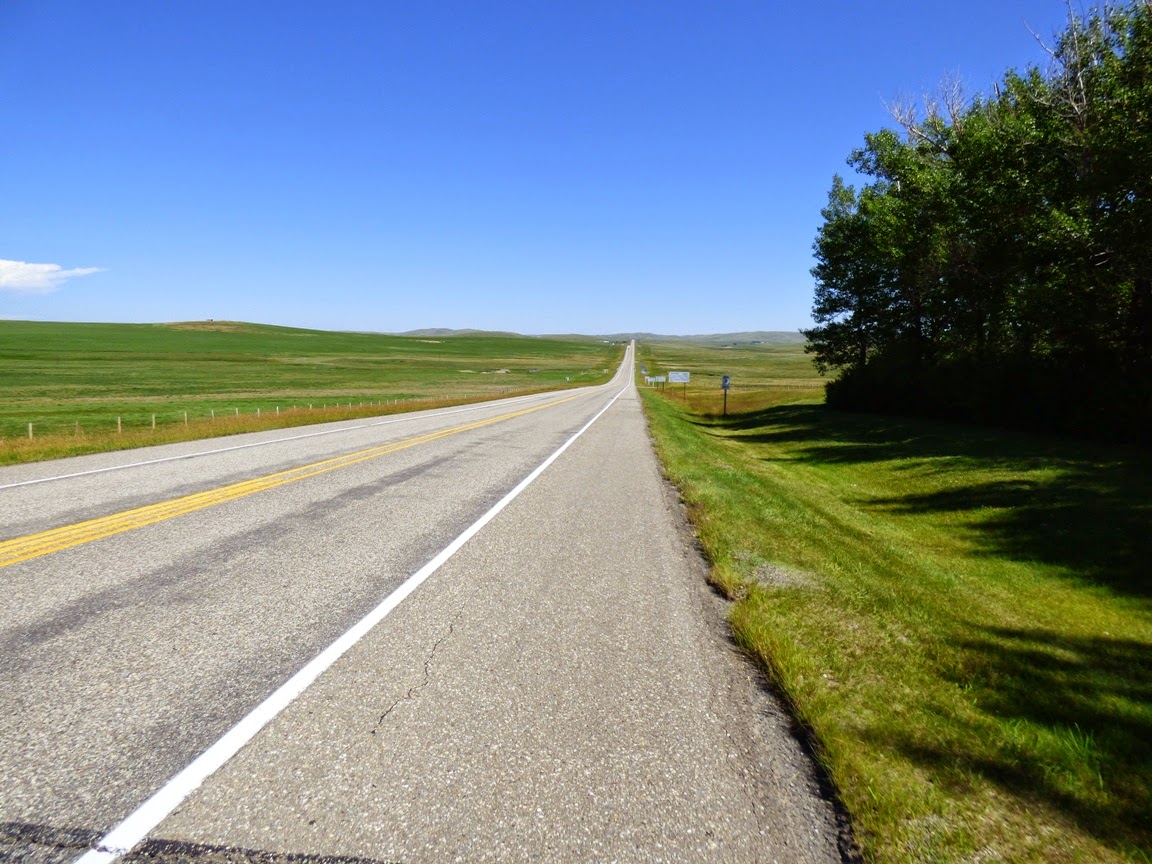 We were on the High Plains east of the Rocky Mountains, and had spent the morning at the Head Smashed In Buffalo Jump World Heritage Site, and as gruesome as the name was, it was a fascinating place. From there we headed south to the border crossing at Carway. We figured since it had a name that there would be a town and facilities. We got there, and there was...one building. It was a duty-free souvenir/liquor/tobacco shop, and thank goodness, it had a restroom. Still, there were some picnic tables so we stopped for lunch and had a look around. We also wondered if the authorities were going to let us back into the United States. You never know...in the innocent days before 9/11, we were interrogated about whether we had any "Beanie Babies" in our luggage. I laughed at the question, and the border agent got very serious: "Sir, DO YOU have any Beanie Babies?" 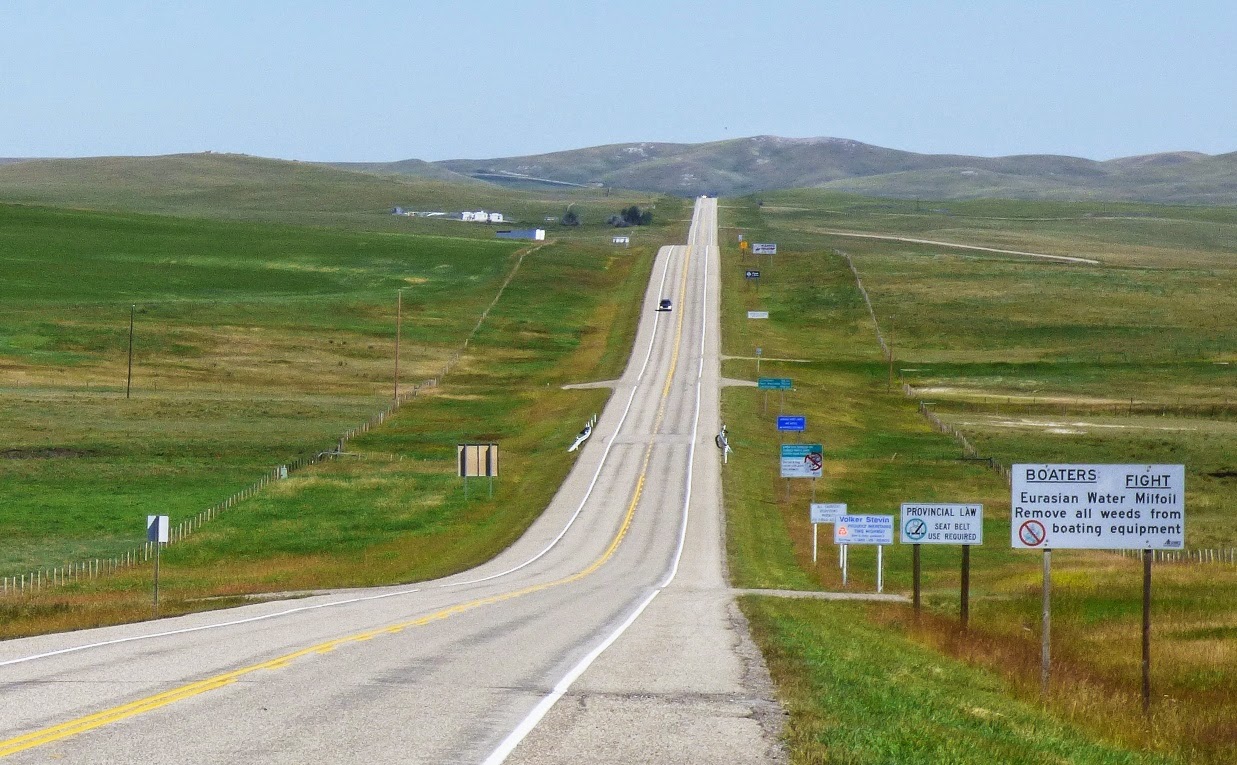 We were not exactly in the High Plains, as the land was broken up into swales and shallow valleys underlain by very soft Cretaceous shale deposits. The shales had been deformed and twisted by the same convergent forces that had lifted the nearby Rocky Mountains, but erosion had smoothed off the sharp edges. The land was semiarid and treeless. More verdant lands could be seen in the distance as we looked westward towards the Rocky Mountains and Waterton-Glacier International Peace Park. Glacier National Park was our next destination. 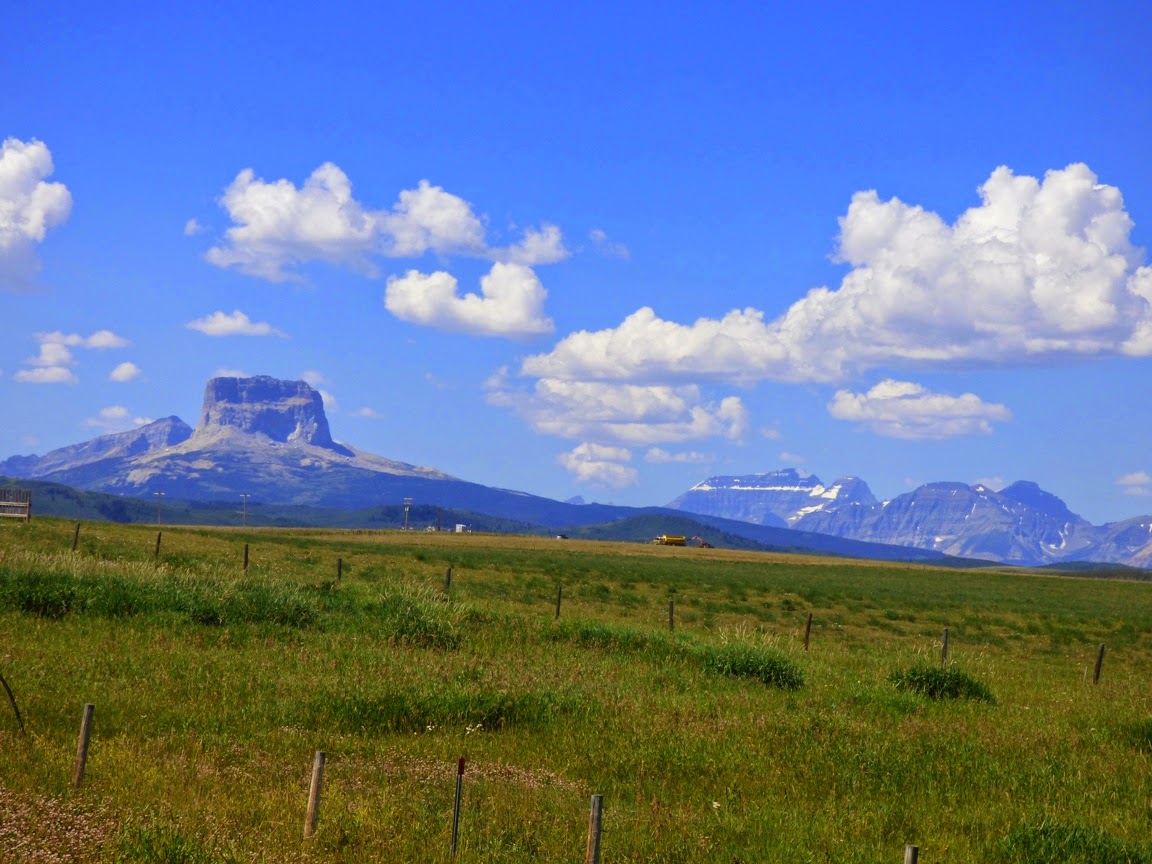 Chief Mountain was especially prominent on the western horizon. The peak is an outlier of the Rocky Mountains, an isolated upper plate of a thrust fault that had pushed the hard Paleozoic limestones over the softer Cretaceous rock. Erosion had then isolated Chief Mountain as a klippe (see the diagram below). 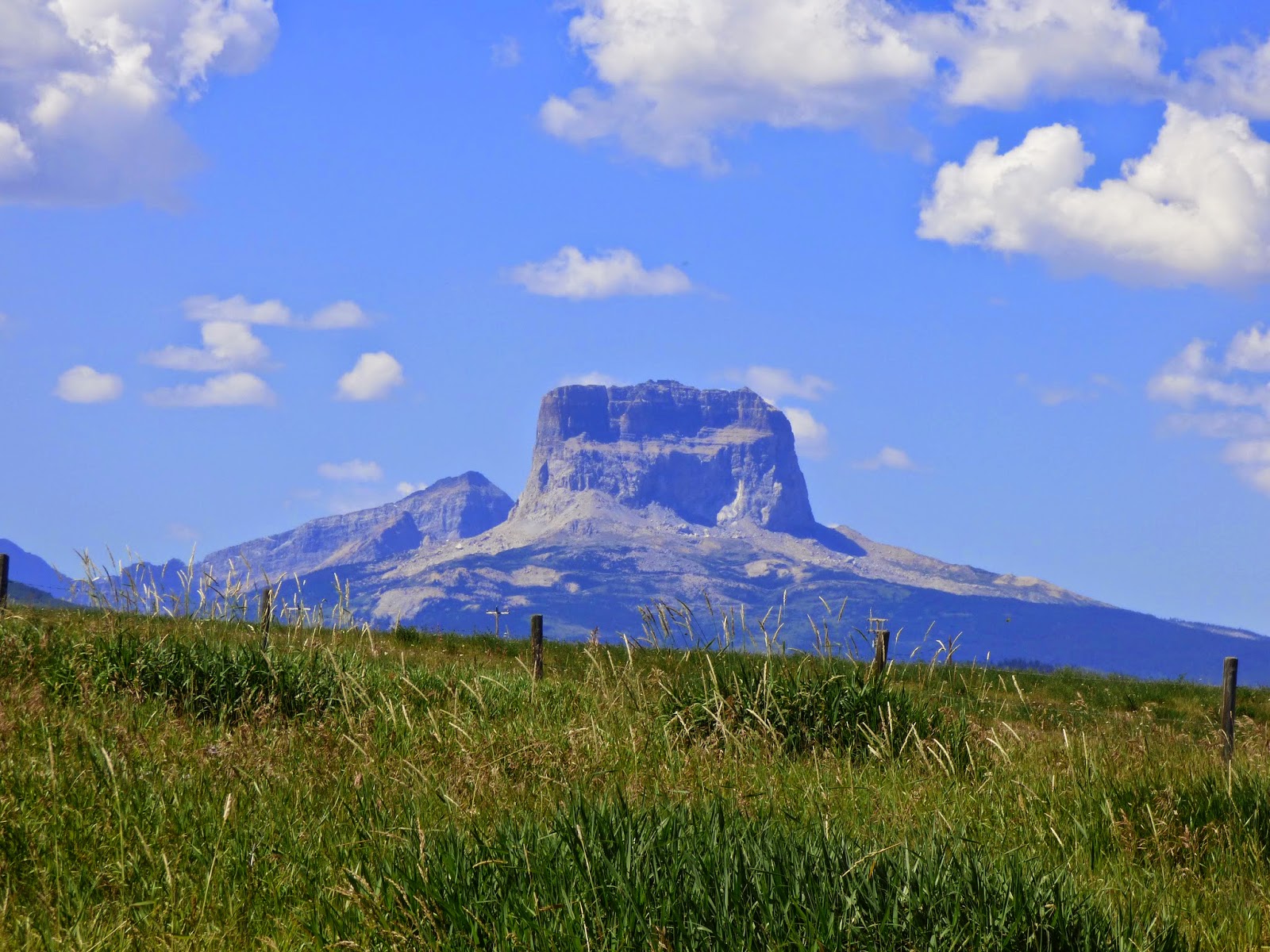 The mountain was a dramatic welcome back into the United States. We only had a few more days left on our journey, but there was still much to be seen. The story will continue in another post!