Accretionary Wedge #63 AND Berry Go Round, Two Blog Carnivals and One Post on Serpentine

I don't usually post two blogs in one day, but the latest Accretionary Wedge deadline is approaching, and I'll be on the road again, doing Christmassy things with my family, so I might not have a chance later on. Our host of the double carnival is month is Hollis at In the Company of Plants and Rocks. The topic for both carnivals is as follows: Plants and Rocks (or Rocks and Plants).

Reading the rather wide-open topic immediately brought to mind a subject dear to my heart, the state rock of California and a group of beautiful minerals: serpentine. There was a bit of political controversy a few years back about serpentine and its past use as a source for asbestos, and I did quite a few blogs on the subject. But even earlier I had written a blog post for my Other California series that explored the little known but geologically interesting areas of California, the ones that rarely showed up on tourist postcards. These are the kinds of places you seek out when you've seen the Golden Gate Bridge and Yosemite Valley. I am rejuvenating a post from the series, one I wrote about the Red Hills in the Sierra Foothills near Jamestown and Knights Ferry. It first appeared on March 27, 2010, and is mostly reproduced here with minor changes. It was titled "There's an Endemic in those Hills!" 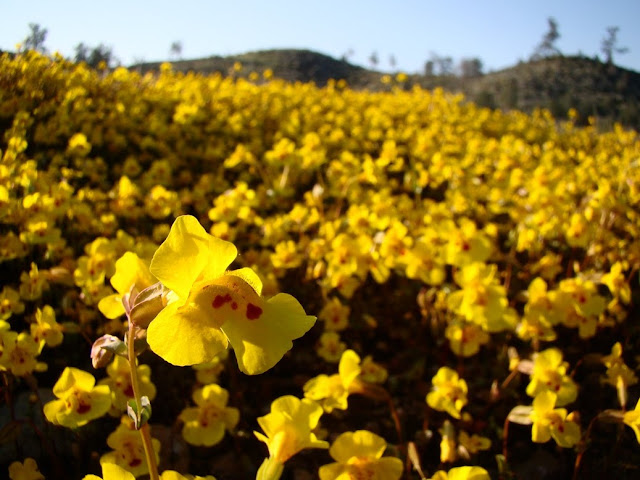 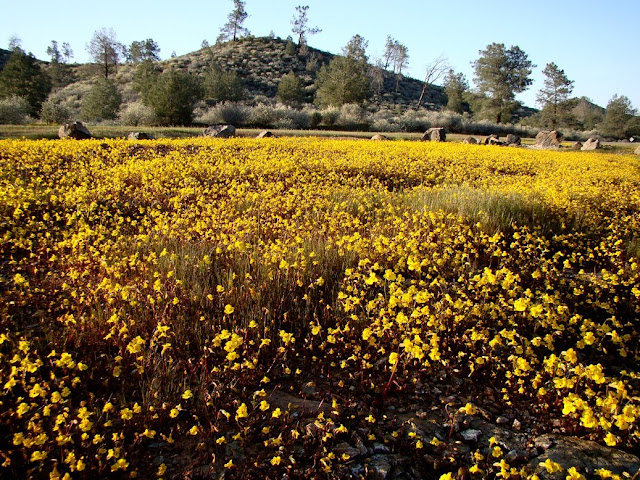 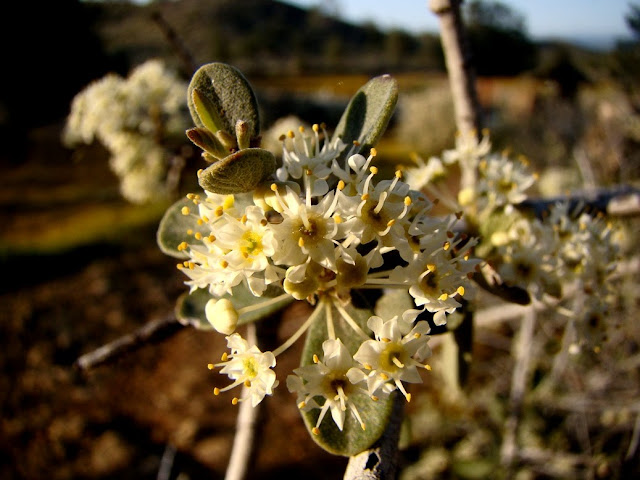 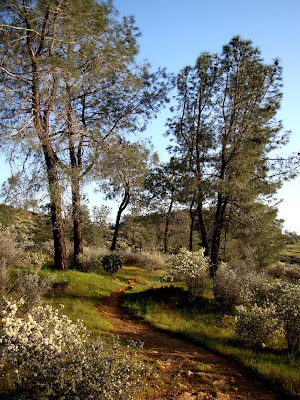 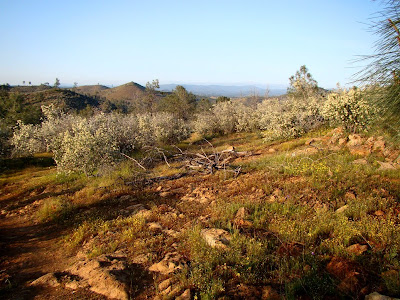 If you want to learn more, or pay a visit, information about the Red Hills can be found on this BLM website , and the nature trail brochure PDF can be found here.
Posted by Garry Hayes at 8:52 PM

Wonderful post and contribution, Garry! I'm so envious of students of serpentine. I'm interested in limestone endemism (subject of upcoming P & R contribution) but there's a real paucity of literature compared with the serpentine flora, even though calcareous habitat is much more widespread with many more species. At the U library I found two large and fairly recent books on serpentine ecology; nothing on calcareous :-(

I love oaks, but I also love serpentine soils more than I can say, and their endemic plants. (There's one oak that loves serpentine, though.)

I have pictures of my kid playing on serpentine soil so I can point to it and laugh at the controversy. It's a gorgeous rock.

Thanks for this ... California has fabulous geography.

Red Hills is a wonderful area for sure. I haven't had a chance to go in August and see the Verbena in bloom yet, though.

I volunteer on invasives removal in Edgewood Preserve, on the SF Peninsula, which has terrific serpentine grasslands and forblands. Unfortunately, nitrogen deposition from auto exhaust is allowing the Euro grasses to move in, so we don't know if the war is winnable. But since Edgewood has many serp endemics, including the only wild population of San Mateo Thornmint, Acanthomintha duttonii, we persevere. :)

Now if we can only get some rain...