A Moment of Volcanic Clarity: Rainier and St. Helens Show Themselves 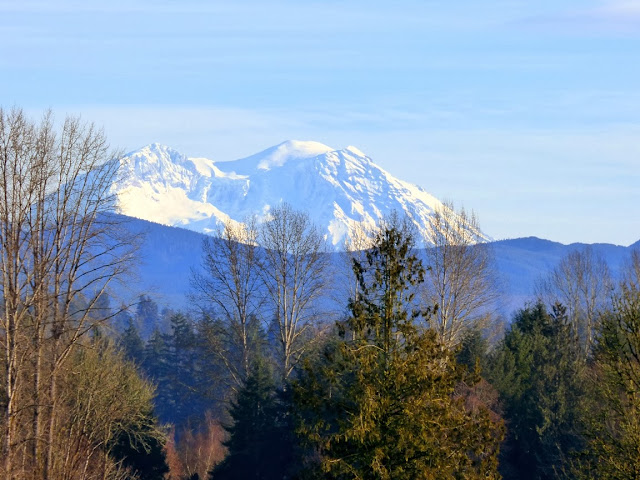 I'm up in the Pacific Northwest for family things (it's the holidays after all), but I've been on the hunt for Cascades volcanoes during our journeys from one place to another. True to Pacific Northwest form, the weather hasn't cooperated. We drove north through Portland and Seattle a few days ago through scattered rainstorms, and when the time came to drive south again, an inversion layer set in and fog was everywhere. But we had one moment of clarity. As we came over a rise near Napavine, we broke out over the inversion layer, and had a moment to see Mt. Rainier.

Rainier is a huge mountain. It is 14,410 feet tall (4,392m), and is covered by 156 billion cubic feet of glacial ice. With its location so close to large population centers, it is one of the more dangerous of the Cascades volcanoes, although it hasn't been active in historical time. The last eruption was around 1,000 years ago. But a number of towns are built on mudflow deposits (lahars) from Rainier, highlighting the hazardous nature of the volcano. 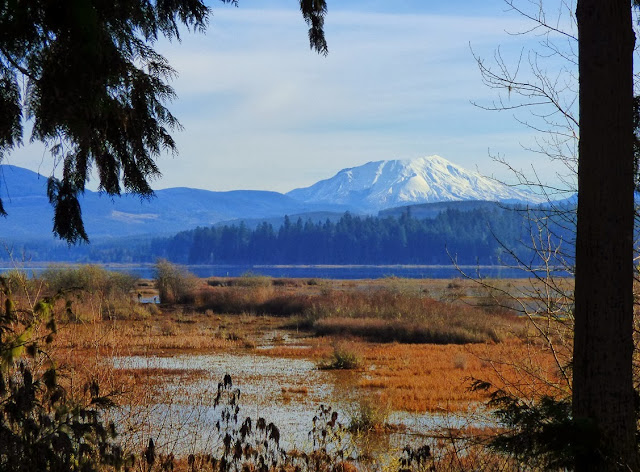 We drove back into the fog for a few more miles, and took a chance and headed east from Castle Rock to see if anymore volcanoes would be visible. At Silver Lake about 5 miles in, the clouds cleared and we were blessed with a stunning view of Mt. St. Helens. There is a multi-agency visitor center at the lake, and a nice nature walk that extends out into the lake on a small levee and boardwalk. 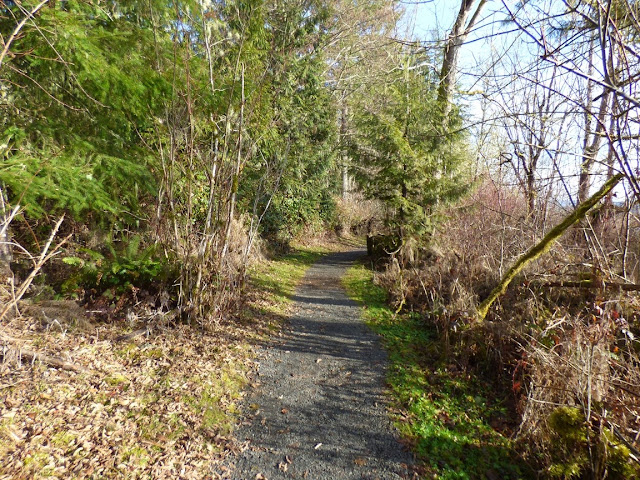 Silver Lake is an interesting volcanic feature itself. The 1980 debris avalanche that precipitated the eruption of Mt. St. Helens was not the only mass wasting event that has happened in this area. The landslide in 1980 dammed several side canyons, creating several lakes, most notably Coldwater Lake.

2,500 years ago, a similar event took place, and several lakes were formed near the volcano. When one of the lakes overflowed and failed catastrophically, the ensuing flood carried debris downstream, blocking the drainage now covered by Silver Lake. 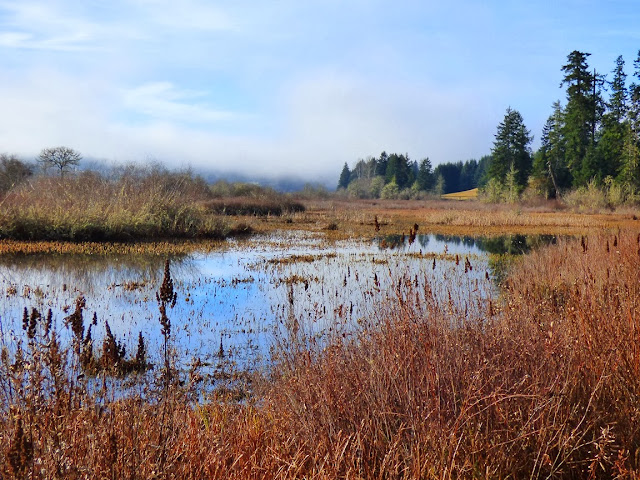 The lake must be a sea of green in spring and summer, but here in winter, the plants were frozen and wilted away. There wasn't much in the way of animal life present, but a blue heron was perched in a tree where it could be framed by the peak of Mt. St. Helens. 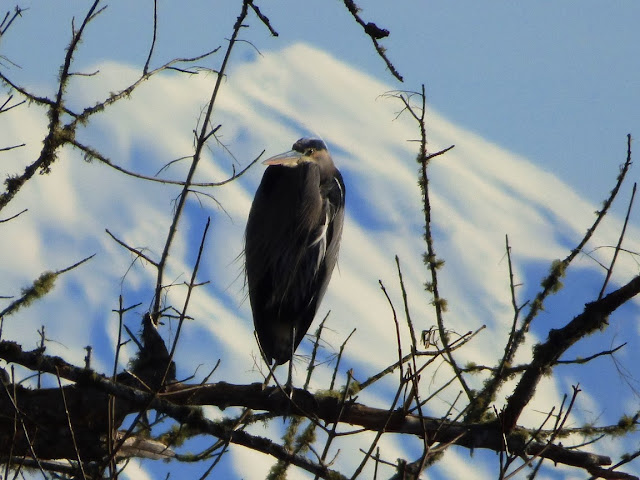 St. Helens is deceptively serene today. The debris avalanche and violent eruption of 1980 are justly famous, and explosions continued through 1986. The mountain reawakened in 2004, and erupted quietly for four years, building a second volcanic dome in the crater of the mountain. The second eruption was nowhere near as famous as the first for the obvious reason: no one died.

Several good paved highways approach the mountain, and several visitor centers can be found along Highway 504 above Interstate 5 on the west side of the volcano. We had little time for exploration, but we enjoyed the walk along Silver Lake, which is only five miles east of the Interstate. 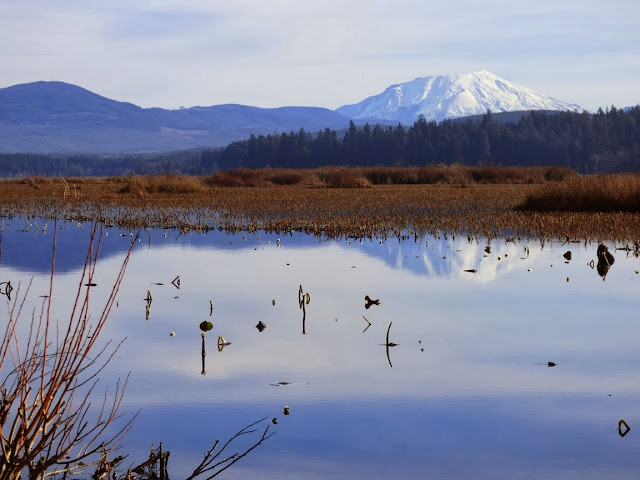 Hi Gary, Enjoyed the Rainer,St Helens post. Remains me of the time me and my family lived in Seattle,Wa. in the 70's. We had gone to the top of St Helens and met the old caretaker there and his dog. It was a beautiful place with the rustic hotel lodge with its lake. A month later it was no more. I did some collecting in the area east of Edmonds in the Mts. when I had the time.For agate,geodes and red/yellow jasper.

The image of the heron framing MSH is stunning. I have been trying to do a NW volcano tour for years and your post just may propel me in that direction on my way to Yellowstone this spring (kind of out of the way but what the heck!).