Where the Sierra Nevada Rises from the Sea: Pfeiffer Big Sur State Park 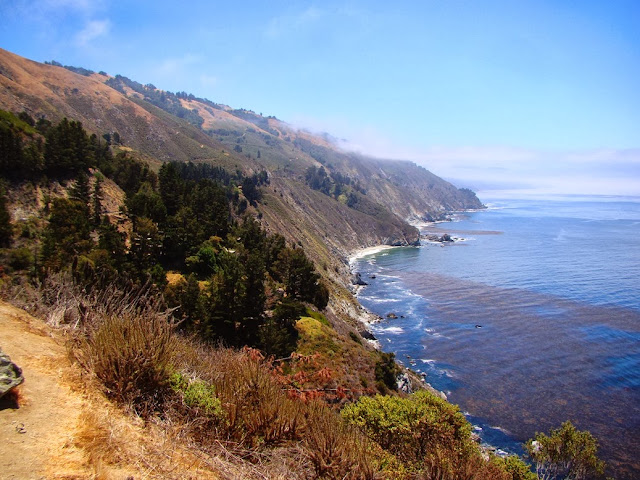 We are continuing our random and arbitrary exploration of the most beautiful coastline in the world. We started our journey at Limekiln State Park, and Julia Pfeiffer Burns State Park would have been the next park to explore, but I gave it a detailed treatment here in Geotripper only four months ago. It may have the most scenic cove of all, given the presence of beautiful McWay Falls right on the beach.What we are doing instead is heading north up Highway 1 a few more miles, and a bit inland, to check out Pfeiffer Big Sur State Park. 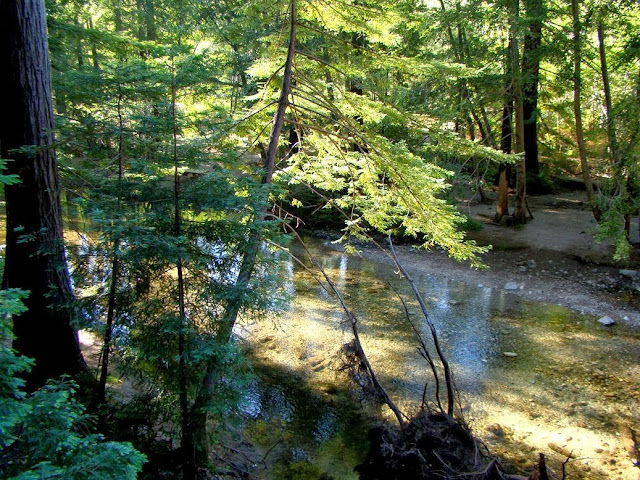 Truth be told, Pfeiffer Big Sur State Park can hardly be called a hidden treasure. It is visited by half a million people a year. It has a nice campground complex tucked beneath the redwood trees, and a small inn and restaurant. The park is traversed by the Big Sur River which despite a long dry season runs all year. 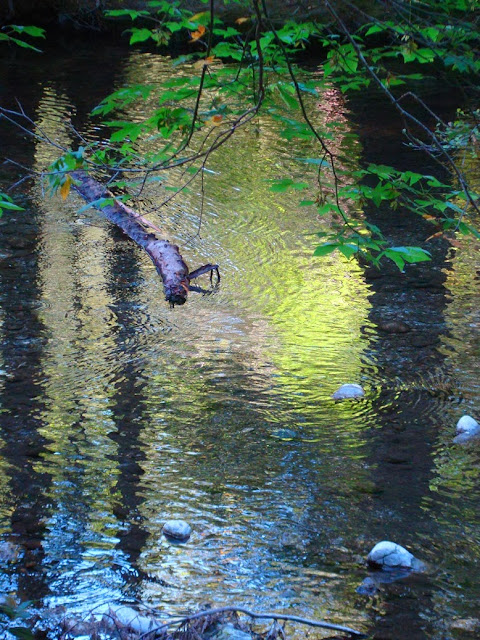 Ridge trails provide airy views of the rugged mountains, while others might prefer to explore up the riverbed narrows. 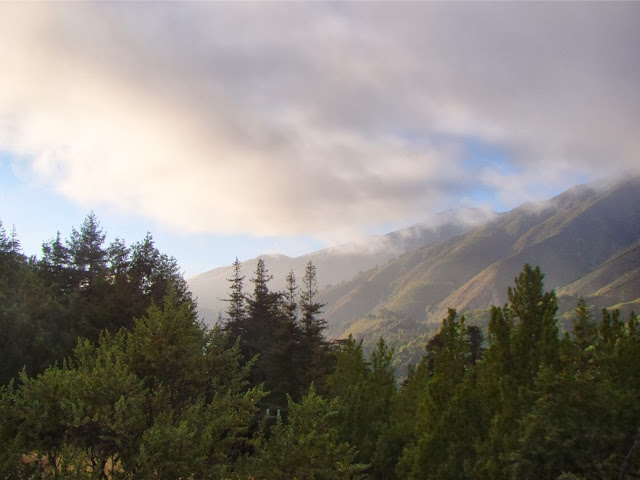 The coast redwoods in the park are stunning. Ronald Reagan, in his early political years as a candidate for governor was once quoted as saying "if you've seen one redwood, you've seen them all". He didn't actually say that, but he did say something essentially as bad: "I think, too, that we've got to recognize that where the preservation of a natural resource like the redwoods is concerned, that there is a common sense limit. I mean, if you've looked at a hundred thousand acres or so of trees - you know, a tree is a tree, how many more do you need to look at?"

As Snopes points out, the statement was in the context of a pitched battle to save the remaining old-growth forests of Coast Redwoods in the northwestern corner of California (which culminated in the establishment of Redwoods National Park in 1968). And it is a fair question to ask, if the only point of preserving the tree is to have a forest that people and go and visit like a museum while we cut down the rest. The thing is, we did cut down the rest. In a century, we cut down 95% of the original redwood trees that existed when Europeans first discovered California. Is that a common-sense limit? 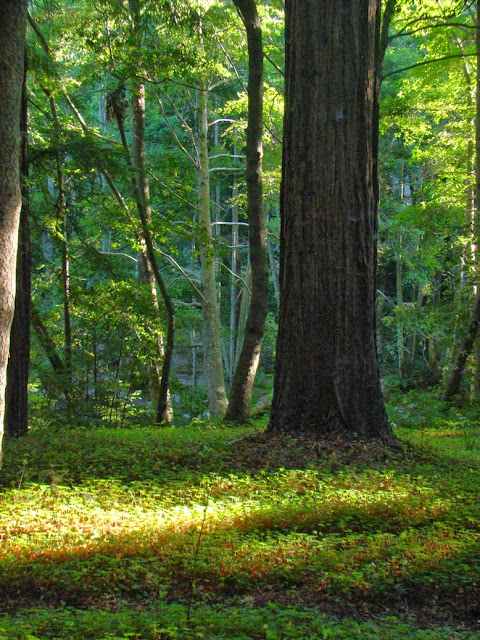 As it is, there is a string of pearls, the national and state parks that stretch along the California coast from Big Sur north to the Oregon border, but there is no longer an intact Coast Redwood ecosystem. The species of animals and plants are now trapped in isolated islands, and many are under severe pressure from lack of suitable habitat and suburban sprawl.

Pfeiffer Big Sur State Park is one of those islands. It is so far south, into the drier central California climate, that it was a biological island even before humans arrived. The trees can only survive in the sheltered canyons, in the microclimates that are cool enough and wet enough to allow the survival of the biome. With global warming, the survival of the trees here is even more tenuous as the years go forward. A vast wildfire (the 160,000 acre Basin Complex Fire) burned through the region in 2008, and it is not clear if the vegetation growing back will be like that which existed before. 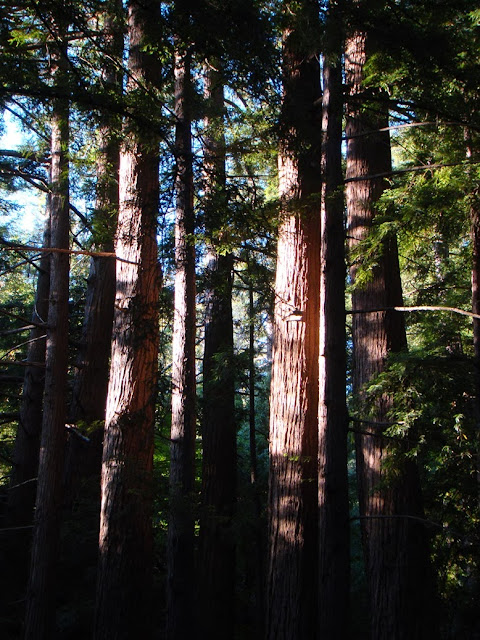 In the meantime, the forest at Big Sur is a treasure, and an environment that evokes serenity. When I visited a few months back, I took the short hike up Pfeiffer Creek to little Pfeiffer Falls. 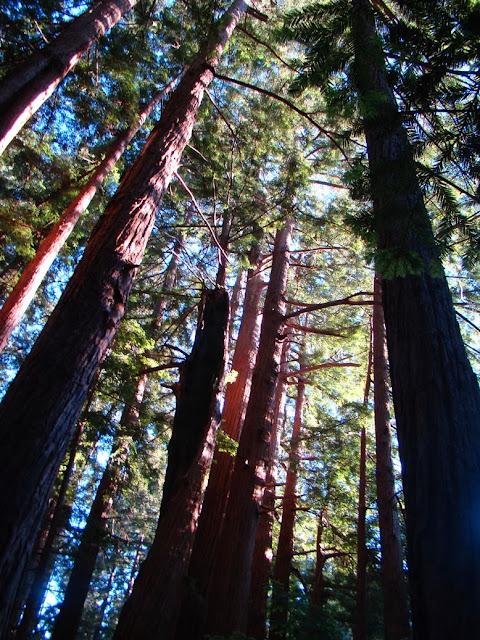 Granted, there weren't a whole lot of rocks to look at, but the views across the canyon were nice, giving a good perspective of the terrain (one can say it's also a good view of a terrane, but that's a geological in-joke). The ridge across the canyon is made of Franciscan rocks, and a major fault related to the San Gregorio fault system runs through the canyon below. Granitic and metamorphic rocks dominate the foreground ridge. 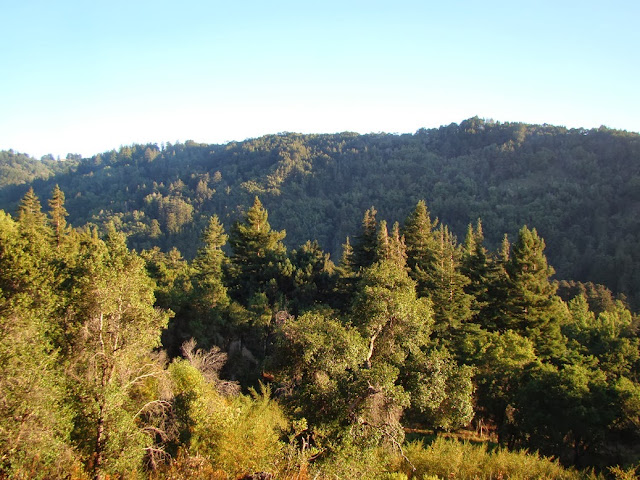 The falls are modest, more a pleasant turnaround point along a scenic hike than a destination. But the hike was delightful. 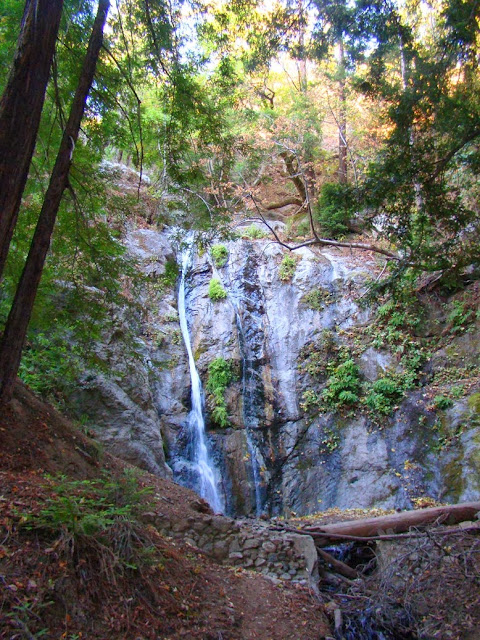 In late July, the setting sun shone directly through the canyon, providing light for far longer than I expected. While the rest of the state was sweltering, we were enjoying the natural air-conditioning provided by the nearby shoreline, and the night-time temperatures were mild as well. It was great base camp for our exploration of the Big Sur. But be sure to get your reservations early! They go fast. 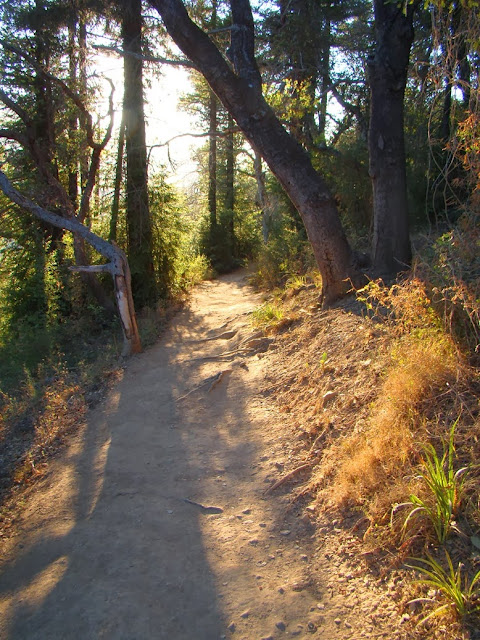 Next, we head out to a Big Sur beach that isn't so easy to find (and I'm not going to make it any easier!).
Posted by Garry Hayes at 5:08 PM