I Don't Believe in Evolution Either... 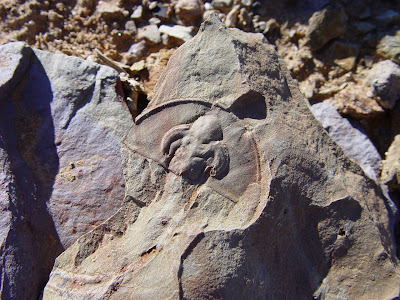 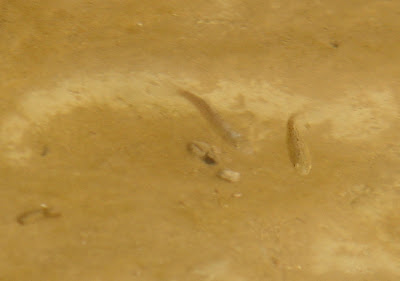 I'm off to Death Valley for what promises to be a wet and wild weekend in drought-stricken California. The storm door is open across the state, and I am sincerely hoping that the rain and snow can ease the dry conditions. That remains to be seen, of course. I just don't know why the storms seem to be always coming on the Presidential Birthday weekend when I take the students on our long field trip.
In addition to a presidential birthday, it also happens to the be the 200th birthday of Charles Darwin. When I am making my way across the desert in the next few days, I will have a few opportunities to meditate on the intellectual advances that he and Alfred Wallace introduced to the world of science.

Like the Ethical Paleontologist, I would like to state here in no uncertain terms that I DO NOT BELIEVE IN EVOLUTION. Of course, I also don't believe in gravity, and I most certainly do not believe in atoms. What I DO believe, especially in the subject area of higher beings, is actually not your business, and is not germane to a discussion about evolution. If you would like a serious discussion about such issues, you are free to contact me in other ways.

Of course, despite my professed non-beliefs listed above, the world continues to behave EXACTLY AS IF evolution, or gravity, or atoms exist. My continued existence is in fact possible only because each of these phenomena do exist, and science has provided a framework for understanding each of them. In the case of evolution, my continued existence is actually threatened as I continue to fight off an infection that has proved resistant to antibiotics (don't worry, it's not that serious yet).
Death Valley National Park is a place to witness a few incredible examples of evolutionary change in action, both in the past and in the present day. The park contains something like seven vertical miles of sedimentary deposits that preserve one of the most complete fossil records of the development of life from over a billion years ago to the end of Paleozoic time to be found anywhere. The first picture above is a trilobite that same or crawled in the Cambrian coastline around 520 million years ago. Thousands of species evolved over millions of years before they went extinct around 250 million years ago.
The innocuous-looking fish in the second photo are cyprinodon pupfish, one of the most unlikely living creatures to be found in the driest place in North America. Sorry for the photo quality; they aren't easy to photograph. The pupfish are the ancestors of a species that lived in the Colorado River system and in fresh-water lakes that filled these desert valleys during the Pleistocene Ice Ages. As the ice ages ended, the lakes dried up, and doubtless many species and individual fish perished, but in a few watercourses and springs a few of the pupfish survived. In the last few tens of thousands of years, some of the fish populations thrived in freshwater springs, but others were trapped in increasingly salty ponds and creeks (like Salt Creek on the floor of Death Valley). The fish adapted to the conditions, eventually forming at least four or five species, and perhaps a dozen subspecies. No other fish is known to survive in water as salty as one of the species, and one of the species is known to survive in 100 degree conditions. No other fish is that hardy. Others survive in freezing conditions.
The most familiar species is the Devils Hole Pupfish. The entire species lives in a single water-filled cavern opening in the Ash Meadows area east of the main park. In that one hole, they have survived for thousands of years. Their population crashed a few years ago, down to a few dozen, but they may be recovering (several have been taken to other refugia to preserve the species in case of disaster).
They are luckier than the Tecopa Pupfish. The entire species was wiped out in an afternoon when bulldozers destroyed the springs they lived in to build a hot springs spa in the 1940's. What a shame to lose out due to human interence after so many thousands of years.
Happy birthday, Mr. Darwin! You enriched our understanding our world in many ways!