Aberrations of Nature: A Morality Play and New Meme 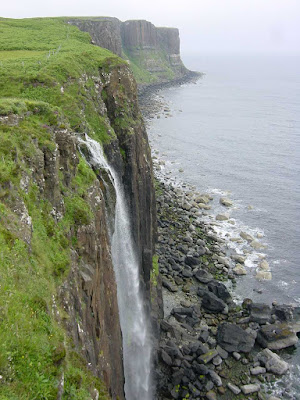 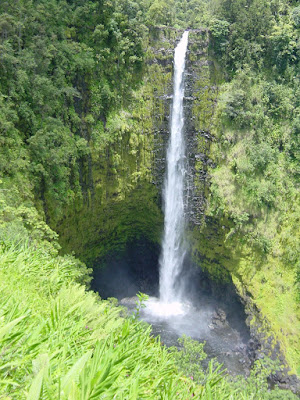 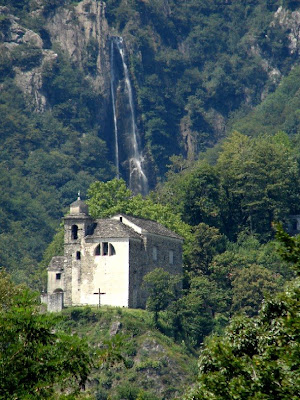 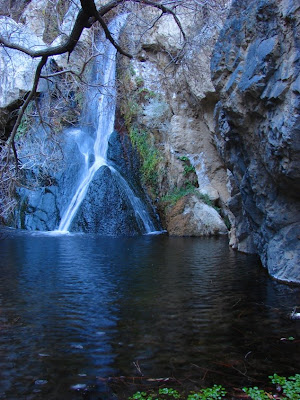 There's a new meme in town, started by Outside the Interzone concerning waterfalls we have visited. Like 100 places, it asks of us which waterfalls we have seen, in this case from a North American perspective. The list is as follows, and I'm even going to tell you which ones I have seen, but I have more to say at the end....
#10 Lower Calf Creek Falls, Escalante National Monument, Utah (A wonderful sight in the center of one of our country's most spectacular national monuments)
#9 Lower Falls of the Yellowstone River, Yellowstone National Park, Wyoming (A simply spectacular sight from any angle; from the very brink is absolutely mesmerizing)
#8 Upper Whitewater Falls, in southwestern North Carolina (haven't been to NC yet
#7 Snoqualmie Falls, between Snoqualmie and Fall City, Washington (Nope, not yet)
#6 Havasu Falls, Supai Village, Havasupai Indian Reservation, Grand Canyon, Arizona (Not yet, it's on my bucket list)
#5 Shoshone Falls, Twin Falls, Idaho (A spectacular waterfall, but often "turned off" as the river is diverted for irrigation. I got to see it in pre-digital-photography days)
#4 Multnomah Falls, Columbia River Gorge, Oregon (I visited this one as a child, but I was highly impressed at the time and still remember it well)
#3 Bridalveil Fall, Yosemite National Park, California (One of many spectacular falls in one incredible place; if you follow my blog you know I spend a lot of time here)
#2 McWay Falls in Julia Pfeiffer Burns State Park, Big Sur, California (This is one of the most beautiful waterfalls in existence, falling as it does right into the sea, which is one of only two in all of California. If you only follow one link on this post, check out this incredible view)
#1 Niagara Falls, Niagara, New York (nope, not yet, so I never know what anyone is saying when they say "it's twice as high as Niagra")
Waterfalls are an aberration of nature, a temporary interruption in the regular scheme of things, if we are to accept the models of the geomorphologists. Waterfalls don't get much respect from us geologists it seems, since a brief review of the relevant chapters of my textbook reveals little about waterfalls, except as decoration for the chapter cover photos. The chapters I looked at had literally no mention of waterfalls except as deviations from a graded condition.

"Graded"? Rivers adjust their channels in such a way as to remove irregularities by eroding "knickpoints" or depositing sediment within depressions. Following the dictates of physics and gravity, rivers are constantly approaching, but never quite achieving, a graded condition, in which no unusual areas of erosion or deposition exist. Waterfalls are the ultimate deviation, and rivers work furiously over time to remove them. As such, waterfalls truly are temporary, and we are privileged to see the ones that do exist.
This idea of approaching an "ideal" state sounds vaguely like a Victorian morality play in which we as humans seek, but never quite reach, some model of perfection. Scriptural passages speak of the inability of humans to reach a sin-free state without supernatural intervention or grace, and other passages talk of how the mountains will be laid low and the paths made straight. It sounds just like a river adjusting the channel it flows through....
Waterfalls ARE aberrations, and ultimately there is some kind of interesting explanation for why a particular waterfall exists. The river crosses a particularly hard exposure of rock, like a lava flow; glaciers have carved a deep gorge where tributary canyons cannot keep up; water falls off the edge of a plateau with a prominent caprock; a fault has lifted part of a river-course; a landslide has changed the canyon a river flows through.
Part of the waterfall meme allows that we can add one of our favorites; I offer four:

The first photo is Mealt Falls on the Isle of Skye in Scotland. It may be my favorite waterfall on the planet although I have only seen it once and from only one view point. Like McWay Falls at Big Sur, it essentially falls into the ocean. The seacliffs are composed of columnar-jointed basalt flows related to the splitting of Pangea and the opening of the Atlantic Ocean in late Mesozoic time.
The second photo is Akaka Falls on the Big Island of Hawaii. There are hundreds of incredible waterfalls on the Hawaiian Islands, but relatively few on the Big Island, and none as tall as this one, at 442 feet.
The third fall has no name that I have been able to find. I saw it near the town of Bellinzona in the Italian/Swiss Alps, and it left me breathless. It's also my favorite picture of a church!
The final photo is in no way an exciting or particularly beautiful waterfall, and it is only 20 feet tall. It's uniqueness is in the location: in the middle of the hottest, driest desert in the United States. It is called Darwin Falls, and can be found in a remote canyon leading into the Panamint Valley within Death Valley National Park. Somehow the waterfall feels all the more precious, and it is a vital permanent water supply for wildlife from miles around.
Have you got a favorite waterfall? Join the meme! If you feel that waterfalls were under-represented in the 100 places meme of a few months ago, you are also invited to make a contribution to this month's Accretionary Wedge Blog Carnival! Submissions due in a few days!

Very nice post, and great photos! Wanted to mention that the name of the river and falls on the Isle of Skye is Lealt (not Mealt).

Apologies for previous post, just realised there's a Mealt and a Lealt falls! Must learn to look more closely before I open my mouth...