Accretionary Wedge #16: Is One Life Enough? I am pleased to host February's Accretionary Wedge Geoblogosphere Carnival! I am impressed and gratified by the contributions; it is wonderful to learn of the fascinating places of our planet, brought to you by those who know and love them.

As you may recall, the mission set forth was as follows:

It was my hope that there would be a good sampling of international sites and localities (the original list of 100 sites was fairly North America-centric), and I was not disappointed. The pictures in this Wedge are from the contributors unless otherwise noted.


The very first post was from Ikenna, a new geoblogger from Nigeria who offers us the Inselbergs of Nigeria. Check Ikenna's blog for some nice views of a variety of granite domes that dot the terrain in that region of Africa. 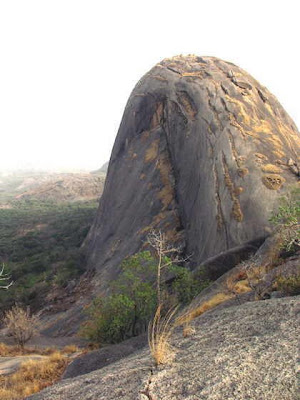 Terry Wright, Professor Emeritus at Sonoma State University, suggests that three places of the world that should be included on our list are: 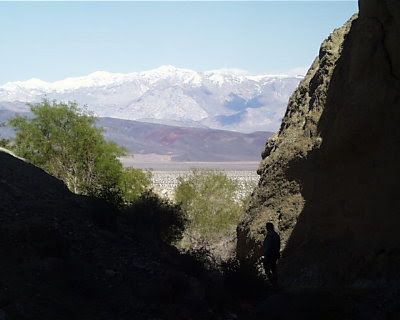 Renee Aubrey, a high school teacher in New York suggests in an e-mail that Newfoundland is beautiful! She would add to the list two places from there – sunrise at Cape Spear (easternmost point of North America) and a visit to Western Brook Pond (landlocked fjord). She also suggests sunset from the top of Mauna Kea in Hawaii.

Silver Fox at Looking for Detachment suggests three additions to the list:

Eric at Dynamic Earth offers up the Wadi Al-Hitan in Egypt (I'm thrilled that we got so many suggestions of sites in Africa). The World Heritage Site is both scenic and full of important fossils. Read about it here. 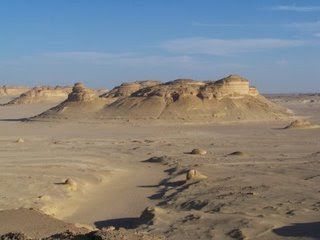 Geology Happens went and changed the rules (oh, no!) to describe what he would do in one year, with the following choices:

Visit the type area of my favorite formations.
Do a Powell and travel the length of the Grand River system by boat.
See lava coming out of the earth. This need not be a significant event.
Climb in the Himalaya.
See a surging glacier if there are any left.
Calving icebergs
Climb an icefall
Walk a transect of some really interesting geology, coast range of California or the Appalachian mountains
Visit a deep sea trench
Feel an earthquake, again this need not be a major event.
Spend a summer at the INSTAAR field camp.
Climb the walls in Yosemite Valley

If I may editorialize a bit, that would be one heckuva year!

Julian at Harmonic Tremors (only a former music major would take a blog name like that...) suggests that simply listing the San Andreas Fault as a destination doesn't quite do the feature justice and suggests exploring the entire length from the Salton Sea to Mendocino. Two sites are singled out for special exploration:

The Carrizo Plain National Monument, where the San Andreas is starkly exposed for all to see 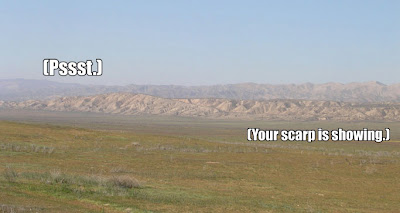 The town of Hollister, where streets and buildings are being slowly torn apart by aseismic creep 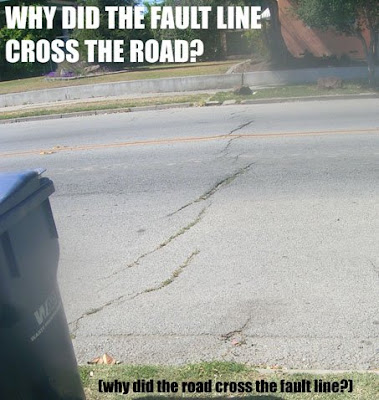 Ian at Hypo-Theses offers up ten sites in the United Kingdom that ARE NOT the Giant's Causeway but are far more geologically significant: 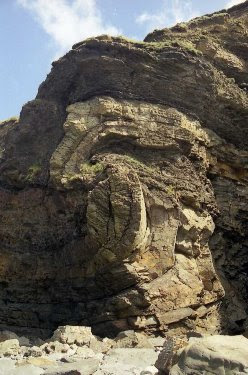 Excellent descriptions and photographs can be found at his post here. Check them out!

Lockwood at Outside the Interzone was one of several contributors who worked with and modified the original list of 100 places, a notion I strongly support. Check his new list out here. He also added a several new ideas:

Identify an overturned sequence (not have it pointed out to you)
Spend a few minutes mesmerized by a waterfall or lake, and contemplate their ephemeral nature from a geologic perspective
Go on a geologic field trip
Lead a geologic field trip
See fossil fuel leaking from the earth at a natural seep or vent
The Mid-Atlantic Ridge, where it emerges on land in Iceland

Callan Bentley, at NOVA Geoblog responded to the original "100 things" list with a carefully considered rewrite, which he reposted for the wedge (check it out here)

Mel, at Ripples in Sand breaks the rules too (what is it about geologists and rules? But, hey, go for it!) and suggests a comprehensive list of the world's great deserts. Her idea has the benefit of expanding our list to all of the continents (don't forget there are polar deserts, too). He also has a nice list of dune fields that he has visited, including White Sands, shown below. 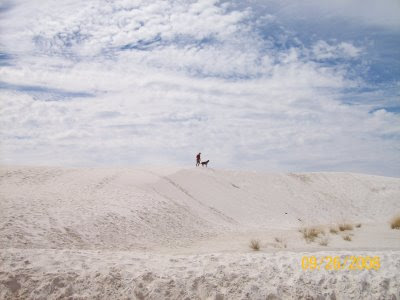 Chris at Highly Allochthonous has an aversion to visiting places just to fulfill a list, and offers us some thoughtful ideas that, in his words, "... identify occasions in my geological journey so far where my perspective has been broadened, and my understanding has been catalysed, by something that I have seen, and generalised from those examples". His ideas (and wish list)include:
An angular unconformity
The centre of a stable continental craton
Jarring geological contrasts
Nature vs Civilisation
An active fault scarp and raised terraces
Crazy deformation
An active volcano/geothermal field
An eroded, extinct volcanic caldera
The contact aureole of a large igneous intrusion
An igneous intrusion into sediments
Seeing fossils from a Lagerstatten
Diving on a coral reef
The beach
Living stromatolites
Black/white smokers
Antarctica or Greenland (or both)

See his post for some excellent descriptions of his adventures as well as some very nice photos, including Arthur's Seat and the Salisbury Crags in Edinburgh, Scotland (shown below). Geotripper: Ironically, I did not spend very long thinking about how I would change the 100 things list, but in the announcement of the Wedge, I had a picture of a deep glacial canyon in the Sierra Nevada of California that was "Not Yosemite". It is Kings Canyon National Park, and it contains some of the most dramatic and geologically instructive scenery in the entire range. Beautiful vertical exposures of granitic plutons, excellently exposed metamorphic roof pendants, highly deformed metamorphic rocks, marble caverns, glacial moraines, hanging valleys, waterfalls, river-cut gorges, and even the occasional exposure of lava flows. And...it is the second deepest (by a paltry 19 feet) canyon in North America. And despite being perfectly accessible, it has a fraction of the crowds of Yosemite National Park (which I also love, by the way).

Now, click your heels together, because after all our explorations of the big wide world, Kim, at All My Faults Are Stress Related, has one of the great ideas of the wedge this month: to appreciate the uniqueness and beauty, no matter where you live, of the ground beneath your feet. She makes a great argument: every place in the world has a geologic story, and it is almost invariably a fascinating adventure.

It's been an adventure hosting the Wedge this month, and I deeply appreciate everyone's contributions. If I have missed any, please let me know and I will add your contributions. You have added a lot of ideas for us to all think about as we map out the arc of the remainder of our lives. Looking over these lists I found myself thinking: Is one life enough?

Thank you very much!

An excellent Wedge; thanks so much for hosting!

Good job... I was initially not too thrilled with the idea, for the same reason as Chris. However I think taken all together, the ideas here not only point out some great specific spots, but a lot of terrific general features as well.

No. One lifetime isn't enough. As I said near the end of my post, "It's a big world; ideally, I'd like to see all of it. That's not going to happen, but I'm very pleased and blessed to have seen what I have."

Nice Wedge...don't forget to add in my (predictable considering I feel like I have to expound the wonders of volcanoes) post.

Thanks Jessica; I actually saw your post and forgot it in the rush of posting. Now your pic graces the top because somehow blogger didn't let me move it down the page like I did the others....

Thanks for participating (I want to play in lava; I had my one chance, but rangers were watching...)