Is This the Most Beautiful Tree in the World? 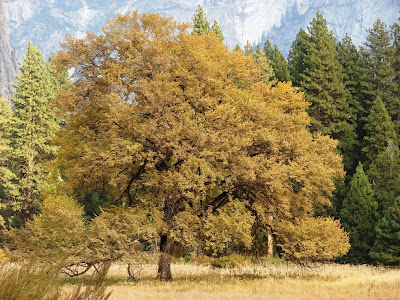 I know, a blog post that sounds really biological...but it has sort of a geological connection. I was in Yosemite Valley last weekend, on ANOTHER field trip (this was NOT a complaint; I had a great time introducing the valley to my Earth Science students). My problem with forests is the way the trees hide each other. Too many trees, and you can't see anything except trees, which is great, but their individuality disappears. This tree caught my attention; it has caught the attention of millions of people over the years. It stands out by itself, in a meadow that has perhaps the most spectacular setting in the world. I see it often in pictures, but I never had sat down and looked carefully at the tree itself. This weekend I took a picture of the tree just to see the tree. And then I took several dozen more!

There aren't a lot of trees that come to mind that are so incredibly unique; one that comes to mind is a Jeffrey Pine that used to cling to life on the summit of Sentinel Dome. It was photographed as early as 1867, and died in the drought of 1977. It finally fell in 2003. It was shaped by windstorms and became a symbol of the struggle against the elements.

Do you have a favorite tree somewhere? I'd love to see it.

The beauty of this tree is relative to its location in the center of the valley. See below the tree as it appears in a photo looking southwest towards Sentinel Rock, and looking east towards Half Dome. 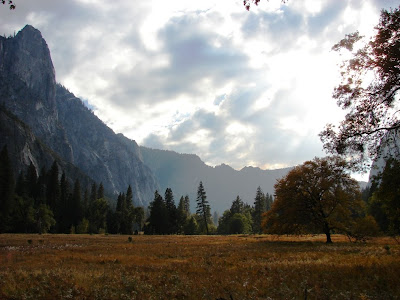 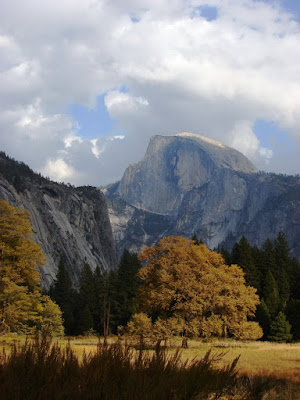 OK, next time I will get back onto the Colorado Plateau. I can think of a few trees that exist there in a wonderful geological setting...

My current favorite tree is one I like to call the "Midnight Tree" from Canyon de Chelly.

But I found a few oaks in the eastern sierra this past weekend that might surpass the midnight tree... I just haven't down;oaded the photos yet.