A Good Article on Earthquake Threats in California 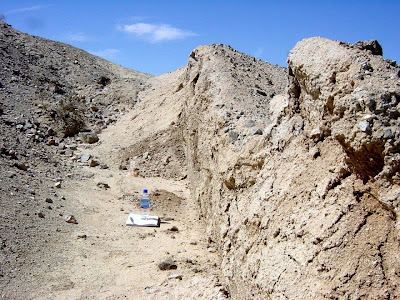 Check out a nice article in the High Country News about the latest research on earthquake risks in California, including new info on recurrence intervals along the San Andreas fault. It is a nice effort in a layperson publication to raise awareness of the dangers of living in California (a choice that has to be balanced against living in one of the prettiest and most diverse landscapes in the world). The article coincides with the Great Southern California ShakeOut scheduled for November 13, which will be the largest earthquake drill in history by most accounts.

As I have mentioned before, many of my students have not experienced a major tremor, as the last large event in my neck of the woods was in 1989 (the Loma Prieta quake, known to many as the World Series quake). It is always a great idea to give a thought or two to the possibility that we are almost surely going to experience a moderate to major quake in the next few years somewhere (or several 'where's) in our state. That means no water, no electricity, blocked highways, few emergency services, and disrupted communications, for a period of days or weeks. And make sure you know how to turn off the gas lines to your house...

Today's photo is a scarp formed in the Mojave Desert by the 1992 Landers quake (magnitude 7.5) taken in 2003. The rip in the crust was fifty miles long, and crossed three or four previously mapped faults.
Posted by Garry Hayes at 7:30 PM