A Brief Foray into Politics (to be continued later?) 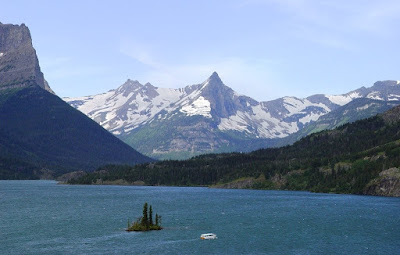 What do the major party candidates think about science?

Much is being made of the qualifications of the Republican pick for vice-president, or the relative lack thereof. In the area of science, the only statements in the media reflect Palin's credentials as a conservative Christian who is a creationist, who believes that creationism (or the barely-disguised intelligent design) should be taught in public classrooms. Defenders say that her apparently single public comment has been taken out of context (so out of fairness I link to a site I rarely agree with, here). Other reports detail her belief that global warming is not caused by humans, and that polar bears are not threatened, and therefore do not deserve protection under the Endangered Species Act.

It is a bit harder to pin down McCain's policy on creationism; he has been quoted on both sides of the issue, and he spoke last year at the Discovery Institute, the source of intelligent design "theory".

Science should be a critical issue in this election. Many of our most pressing national issues require a clear understanding of how science works, and how we as a country must respond: global warming, science education, energy issues, nuclear issues, mining issues, and many more. A recognition of the value of science and education is noticiably missing from the national discourse. Scientists and Engineers for America has a nice rundown on the science policies of the two major party candidates.

Check it out...
Today's picture is Lake Mary in Glacier National Park. A hundred or so years ago there were 150 glaciers in the park. Now there are 27. They are expected to be gone in the next thirty years due to global warming.

Nearly immediate update: Andrew at About.com Geology has a post on the subject from a few hours ahead of me. Check it out here.

Second immediate update: Arizona Geology had the subject up yesterday
Posted by Garry Hayes at 3:30 PM