Travels in Cascadia: Traversing the Salish Sea, and Leaving the USA


It was the third day of our journey through Cascadia, and after our exploration of the Olympic Peninsula, it was now time to leave the United States. We were in Port Angeles, Washington at the north end of the peninsula, and our route to Canada was by way of ferry across the Strait of Juan de Fuca. The landscape was undergoing a dramatic change. First of all we weren't in mountains anymore, we were crossing a sea. That seems an obvious point, but one has to wonder why the mountains abruptly end in a sea, and why similar mountains don't occur across the water. Second, we had reached the southern reach of the vast ice sheets that covered Canada and part of the United States during the Ice Ages that ended only around 12,000 years ago.

These two things, the end of the mountains and the end of the glaciers are related. The Strait we were crossing, along with the Strait of Georgia and the Puget Sound, are collectively known as the Salish Sea. The term was coined in the late 1980s as a way of recognizing the interconnectedness of these bodies of water as a single environmental entity. The name originated with the indigenous people who first colonized the landscape around the sea.
The Salish Sea covers about 17,000 square kilometers (6,600 square miles), and has 7,470 kilometers (2,900 miles) of coastline, along with 419 islands. It is a unique ecosystem, a sea in the Pacific Northwest that is somewhat protected from the worst storm violence and wave action out of the Alaska region. Something like 8 million people call the shoreline home, in a megalopolis that extends from West Vancouver to Olympia. Along with people, there are 37 species of sea mammals, 172 species of birds, 247 species of fish, and over 3000 species of invertebrates. 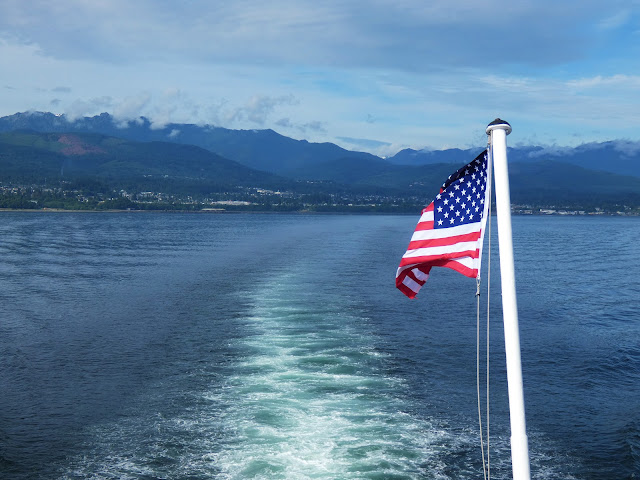 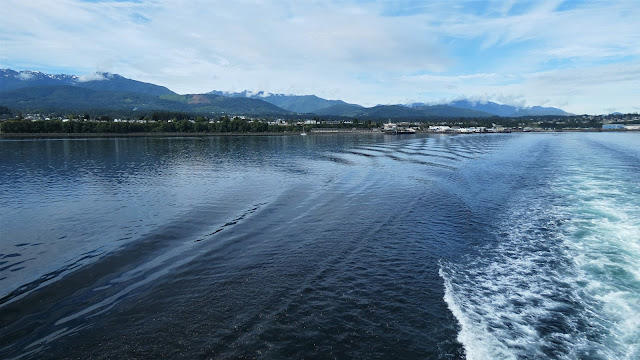 The Olympic Peninsula is made up mostly of ocean floor sediments and basaltic rock pushed up as material was stuffed into the trench. Vancouver Island has a different origin. It is a piece of continental crust that traveled across the Pacific (at the feverish rate of a few inches per year) only to collide with the western edge of North America. Such far-traveled landmasses are called exotic terranes. 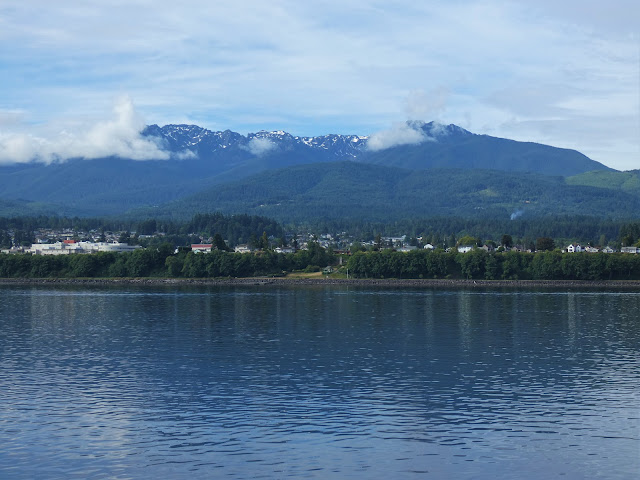 The ferry ride took about 90 minutes to cover the 20 miles of open water between Washington and Vancouver Island. It's a beautiful ride, made all the more interesting as one realizes this entire body of water was once covered by ice. As one gets further out to sea, the higher snow-capped peaks of the Olympic Mountains come into view. 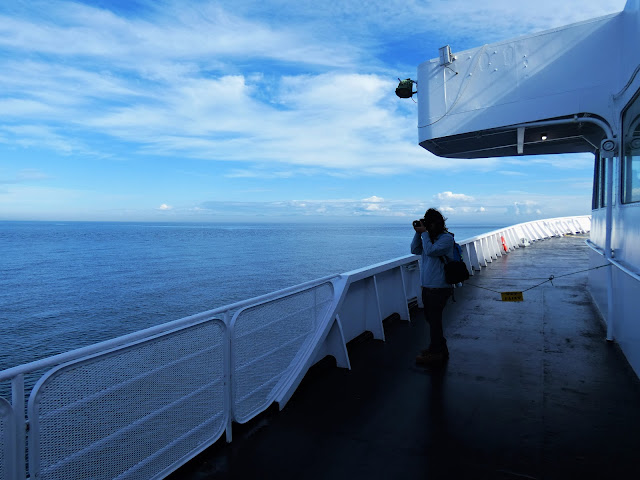 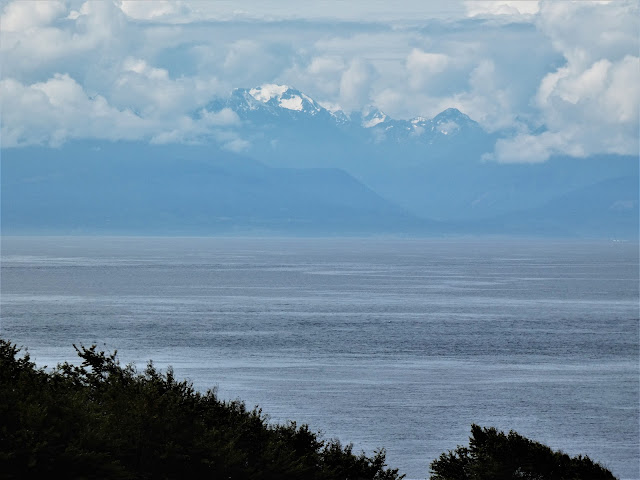 It was a beautiful cruise. Soon, we pulled into the harbor at Victoria and got ready to disembark. We were in Canada!

This post is part of a series on our field study of the geology and anthropology of British Columbia and the Pacific Northwest.