Strangers in a Strange Land: Confront your faults, it's good for your sole 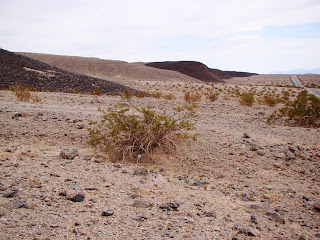 The Strangers in a Strange Land continued their journey through Death Valley National Park last month. We had spent some time observing and interpreting a unique outcrop east of Shoshone, and after a short break in the urban nightmare of Shoshone itself (one gas station, one coffee shop, an RV park or two) we headed through the Black Mountains over Jubilee Pass into the south end of Death Valley itself. Although the road is paved, the south end sees few of the tourist buses and casual visitors who spend most of their time at Badwater and the resort at Furnace Creek. But the geology is wonderful. Especially if you are interested in faults...
As can be seen in the diagram above, there are four basic faults type, normal (caused by extensional force), reverse (compressional forces), and strike-slip (the fault above is a left-lateral strike-slip; the blocks would move the opposite direction if they were along a right lateral fault). Strike slip faults are caused by shearing motion. 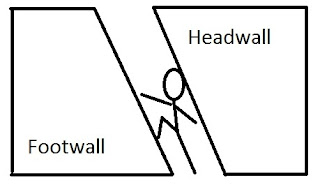 Our students had just learned about these four basic fault types at the Charlie Brown outcrop, but they were looking at fault planes in a roadcut. As we entered Death Valley, we started seeing the effects of recently active faults on the landscape. We stopped along the road near a couple of odd features that don't really make sense on a valley floor where deposition should be the dominant process. It was a particularly instructive spot, as we could see evidence of movement along two kinds of faults from one viewpoint. 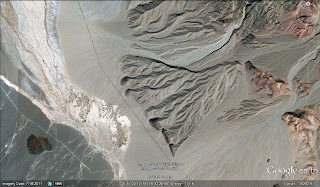 First is the terrace at the top of the post (also seen in the Google Earth image above). The gravelly sediments in the photo are from an alluvial fan along the base of the Black Mountains. The surface was once a smooth gentle slope, but fault motions lifted the rocks into the terrace, forming a fault scarp. The black rock is intriguing...it is basalt, which apparently rose through the crust along the weakened rock in the fault zone. 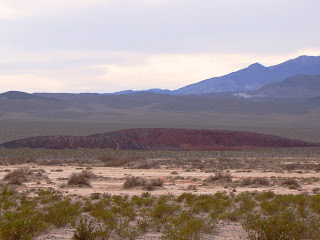 The second fault is less obvious from the valley floor where we were standing, but if you look carefully you can see that the eroded cinder cone has been split in two, and the portion of the cone on the far side of the fault has moved to the observer's right. It is a right lateral strike-slip fault crossing the valley floor. The offset is clearer when seen from above, as in the Google Earth image below. 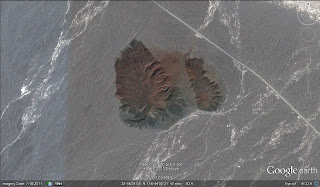 This juxtaposition of two kinds of faults raises questions. Two different forces are clearly at work here, shearing and extension. Are they both presently active, or has the stress regime changed in recent time from extension to shearing or vice versa?

At this point we are below sea level on the floor of Death Valley, a 100+ mile-long fault trough. Mountains rise high on both sides of the valley, with a total relief of more than 11,000 feet (few places on the continent can claim such extreme elevation changes over so short a distance). Such fault valleys are termed grabens (the German word for grave or trench), while the mountains are termed horsts (German for eagle's nest or aerie). 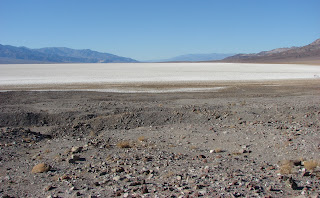 Although we could not see an example from where we were standing, the Death Valley region also has examples of reverse or thrust faults (thrusts have a fault plane angle of less than 45 degrees). They have a tendency to push older rocks over younger, as can be seen below along the Keystone Thrust west of Las Vegas. The gray layered rocks are Paleozoic limestone formations (400-500 million years old) which have been pushed over the bright yellow and orange rocks of Mesozoic sandstone formation (around 200 million years or so). Check out Georney's on the ground visit of the Aztec Sandstone at Red Rock Canyon here. These faults are not currently active. 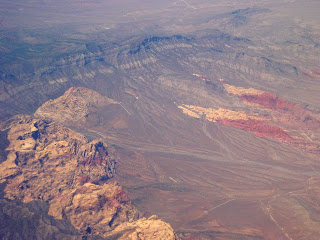 Our students were treated to examples of most of the fault types within the course of a day. A nice simple explanation for the existence of Death Valley. The land stretched and grabens developed. Oh that it could be so easy. We rounded a corner and had our first view of one of Death Valley's turtleback faults. The story was about to get complicated... 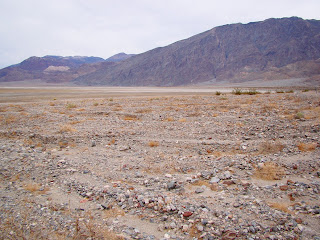