How can you tell it's still winter in Southern California? 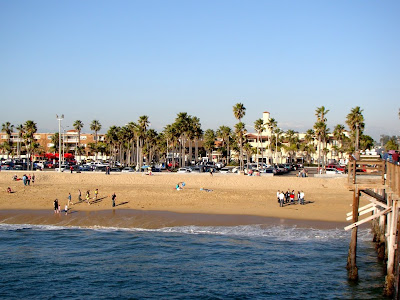 How can you tell it's still winter in Southern California? There are some definite clues in the picture above, though you may have to look closely. I'm not gloating or anything; I live in Central California under some of the most pernicious gloom and cold damp fog imaginable. But I grew up down this way, and I have dreams sometimes of the gorgeous weather. I'm not down here for a happy reason (a funeral for a grandmother), but it's nice to see a beautiful day, and to see some family I haven't seen in a while.

People like to make jokes about the traffic, the floods, the earthquakes, the smog, the urban blight, and all the other stereotypes of SoCal, but there are reasons that 20 million plus people have chosen to live here, and the winters have to be pretty high on the list.

So let's get to the clues. First, you have to look carefully at the tower in the photo above, a little to the right. There's something in the distance behind it. Let's zoom in.... 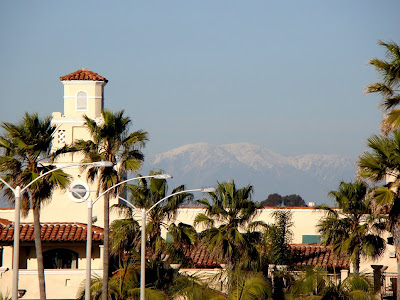 Ah, yes, that's Mt. Baldy, and number one winter clue is, you can actually see it from Balboa, and number two, it's still got snow on top!

Clue number three appears below: there are slightly fewer people actually in the water! 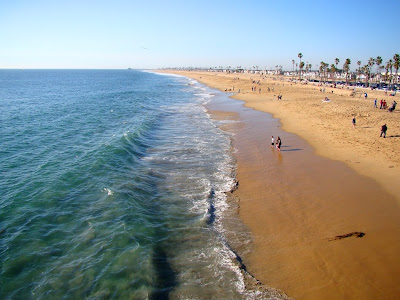 I guess I'm one of the few that really prefers snow in the winter. Of course, my first year in So. Cal., I ended up with bronchitis three times from the smog. I do have a pretty good reason for deciding not to live there anymore. :-)

I think I'd like the beach in the winter, despite it being either too cold (water?) or too cool (air temp) to get in. Fewer people!

I was going to suggest that the general state of clothedness of the folks on the beach was a sure indication that it's winter. I suspect there'd be a lot more skin visible during summer. :-)

Another clue: you can SEE Mt. Baldy, and the sky is blue! In summer the smog gives the air a nice brown color...