Wild Animals in the Field! 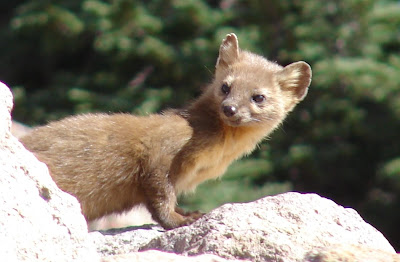 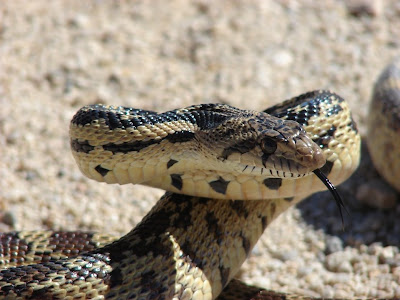 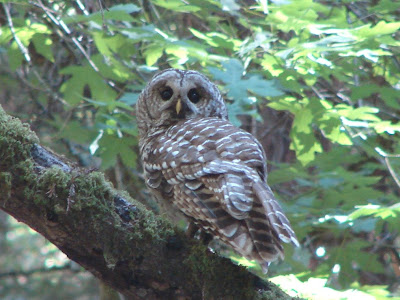 I love a good meme! Especially an interesting one that morphs a bit so one can come back and pick out some new pictures. Wild animals in the field are so infinitely interesting especially when we see something new. I have previously blogged the bear I saw last month, and the bighorn sheep I stumbled across at Capitol Reef National Park a few years ago. And of course, the cows that are taking over the planet. I appreciated C.V.'s contribution at Cryology and Co. regarding cows and the creation of the world.

Today's choices include a weasel I saw on the trail to the summit of Lassen Peak in northern California last year. It looked like a ground squirrel popping in and out of the rocks, but I realized it was probably looking for squirrels. I had never seen one of these before, so I kinda forgot about climbing Lassen (been there, done that; oh, for shame!), and sat down and waited. After about 30 minutes I got the shot I was hoping for. I wasn't that close, but I have a 12x zoom to work with. (Correction 12-11-09: it's actually an American Pine Marten; I don't know these furry animals as well as I should)

The second photo is a gopher snake I ran across during an eastern Sierra Nevada field trip in 2006. Reptiles seem so alien, especially seen up close. I can relate to thinking like a weasel, but reptilian brains are beyond me.

It recalled one of my other snake stories...one time I was driving a road on the outskirts of town and saw a juvenile snake in the roadway in eminent danger of being run over. I decided to do the nice thing and pick it up and put it in the nearby field. I looked at it very carefully (I live in rattler country, after all). No vee-shaped head; check. No rattles on the tail; check. Can't be a rattler, so I pick it up.

Its tail started rattling, and the head was magically vee-shaped, and it was trying to bite me!

I threw the snake into the field as fast as I could and went home and went on the internet. I knew gopher snakes often rattle their tails, and that they have a vicious disposition when picked up, but it was news to me that they can actually flatten their skulls to look like a rattlesnake!

It would have been an embarrassing story to tell in the emergency room...

The third is an owl I saw deep in the forest at Muir Woods National Monument, north of San Francisco. It was hard to photograph in the dark shadows, and I wasted a lot of digital space trying to get it. I really wondered if I had finally seen the elusive Spotted Owl. As it turns out, it was probably a Barred Owl, which is a somewhat invasive species that takes over from Spotted Owls in second-growth forests. Just the same it was a beautiful bird.
Posted by Garry Hayes at 5:12 PM

Oh! That weasel is so cute! Thank you for being patient enough to wait for the photo opportunity. The owl is also lovely, but not as cute as the weasel.