Geology and Politics: Trying to Get Back To Normal... 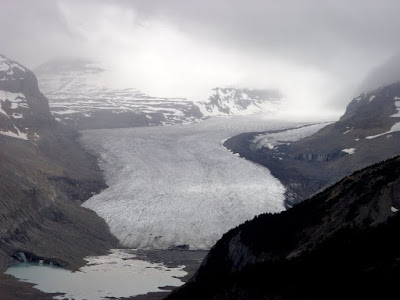 A kind of 'mini-meme' developed in the last few days as many geobloggers from the U.S. (and a few others, I'm sure) were carefully watching the returns from the presidential elections. It has involved the relationship of geology to politics.


Brian at Clastic Detritus noticed a correspondence between counties who increased their Republican vote, and the location of the Appalachian Orogen. No geologic explanation for the Arizona vote is clear, however.


Eric at Dynamic Earth noted some shocking deficiencies on the part of one of the candidates on her ignorance of Africa and the signatories to NAFTA (the North America Free Trade Agreement; there are only three countries in North America to choose from...). Admittedly, this post is more about geography, but there is a 'geo' in there. [UPDATE: I sort of fail the "three countries in NA; there are quite a few island nations and territories, i.e. Greenland, Bermudas, etc. that are included with North America. I was thinking in continental terms]

Callan Bentley at NOVA Geoblog has a link to a map of the US that is tied not to geography, but to the proportion and influence of voters. If you thought the election was crazy, this map is on drugs. BTW, way to go Virginia!

In my last post I was using a flood analogy to express my hopes for the outcome of the election, talking also of landslides and tsunamis. It gave me this great idea of blogging on the use of geologic terms in describing politics and other social phenomena. I started to develop the idea in more detail, and then happened upon Lee Allison's Arizona Geology blog. He beat me to the punch in a big way: check it out here, and here. Lee also has a couple of great posts on politicians who started out as geologists, here and here. I had no idea that Colin Powell had a geology degree, but I bet it helped during the planning for the first Iraq war. Herbert Hoover I knew about; I remember reading a story of his fight for reimbursement from the USGS:

"A favorite story deals with his job as disbursing officer for a United States Geological Survey party. When a pack mule was found dead, the rules required Hoover and two witnesses to investigate the cause of death. They found a loose hind shoe caught in the animal's neck halter. So they reported that it had broken its neck while scratching its head with a hind foot. The bureau in Washington refused to accept this “tall story,” and charged the party $60 for the lost animal. From that time on Hoover watched mules to confirm the fact that they could scratch their heads with a hind foot."

I hope this gets the politics out of my system for now. I know I am sick and need help; this morning I actually clicked on this:

Today's photo represents change happening "at a glacial pace", and shows the Saskatchewan Glacier in Banff National Park in Alberta, Canada. It has a source in the Columbia Icefield, and along with the Athabasca Glacier shows the effects of global warming, having retreated over a mile in the last century.