Maybe I Need to Change My Spirit Animal... 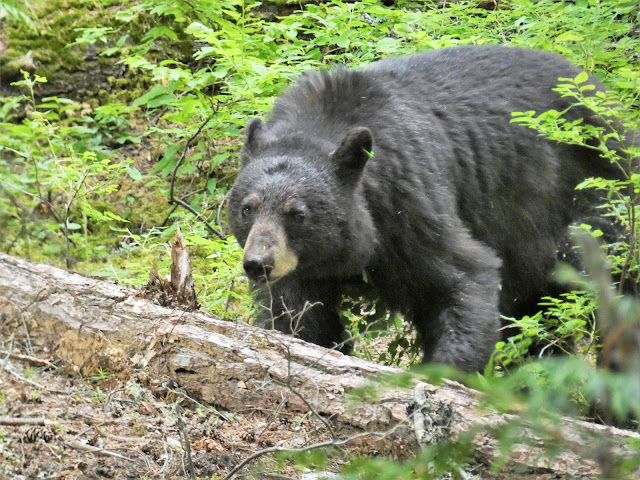 The Geotripper Blog has been quiet for a few weeks, due to the fact that we have been conducting a field studies course on the geology and anthropology of British Columbia and the Pacific Northwest. It's been hectic, but also incredible. Today though, I just had to find a moment to post about my experience from this morning. It has to do with spirit animals.

I don't accept the claptrap that emanates from the psychic/new age community about such things because it is a form of cultural appropriation, but when I encounter indigenous people who have close ties to a landscape that they have occupied for millennia, I pay a lot more attention. It's one thing to be a member of a privileged group whose ancestors were responsible for genocide of entire cultures and then to pretend to take their religion seriously, and quite another to try and understand and respect these cultures that have existed for many centuries. 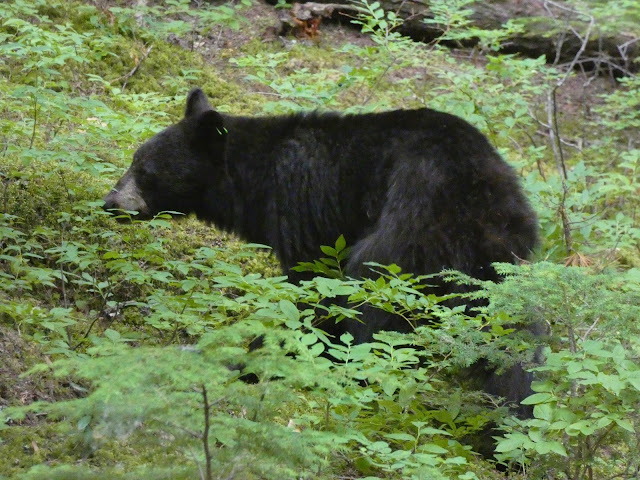 During this trip, I've been deciding what animal would represent my place in the cosmos, and because I have been seeing a great many Bald Eagles, I "picked" them (understood easily by our students, given the fact that I spend my time looking at the skies above for birds while talking about the rocks below). But this morning we were touring the Squamish Lil’wat Cultural Centre in Whistler, British Columbia. The Centre celebrates the peoples whose traditional boundaries straddled the passes around Whistler, the Squamish (Sk̲wx̲wú7mesh) and Lil'wat (Lil’wat7ul). It is a wonderful facility and includes an outdoor area showing a pithouse and longhouse, as well as a forest trail identifying culturally important plants and animals. Including the sign in the picture below... 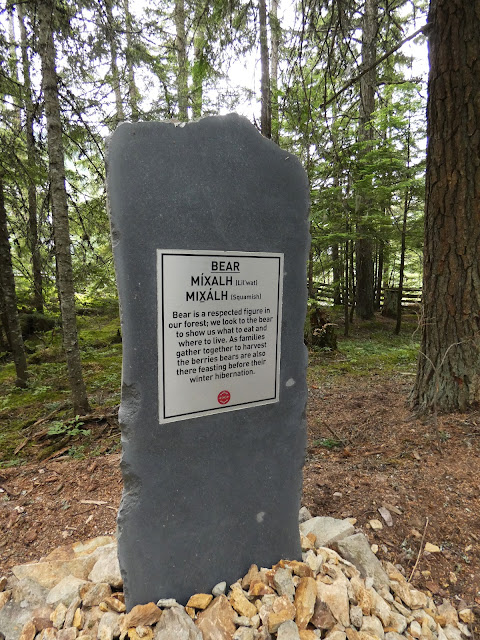 And not more than 150 feet away, there it was...a Black Bear foraging along the trail. It was being a "good" bear, looking for food from the forest rather than from the trash cans and litter of the people in Whistler. Frankly, it was just a bit eerie, but only a bit. The bear was unconcerned with my presence. It was mainly a moment of contact with the natural world that is all too rare in our deeply insulated society. 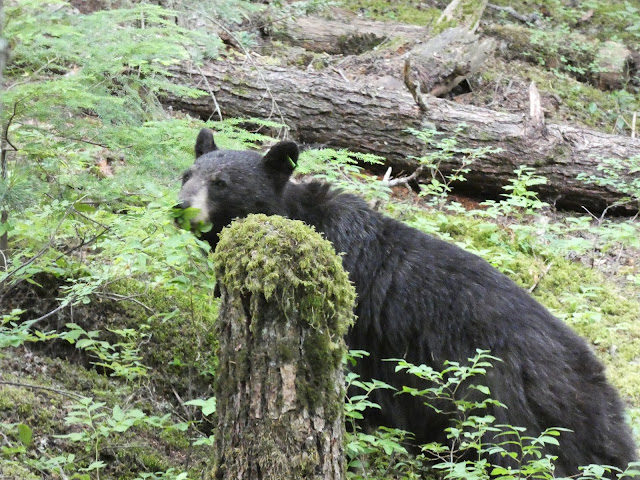 The Squamish and Lil'wat people hold the bear in high esteem. To them the bear symbolizes family and strength through motherhood and teachings. Mother Bears are fierce defenders of their children and are great protectors. Bear is a well-respected member of the community and is sometimes referred to as the protector of the forests. They look to the Bear to show them how to fish and pick berries in their territory.

The meanings of the other animals and spirits can be found here: https://shop.slcc.ca/legends-symbology/
Posted by Garry Hayes at 10:42 PM