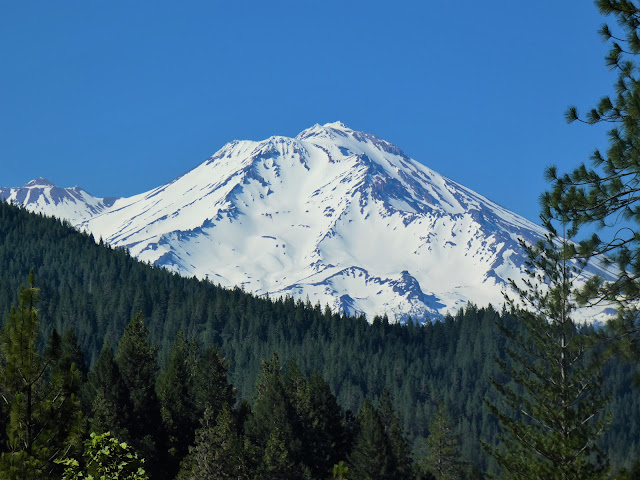 Long ago in the mists of time, the god Skell, the spirit of the Above-World descended from the heavens and alit on the summit of Mt. Shasta. Eventually Skell waged a fierce battle with the god of the Below-World, Llao, who resided in Mazama, a high mountain to the north. There was much fire and ash, and the skies grew dark. In the end Skell prevailed and the body of Llao was cast back into the underworld, taking a good portion of Mazama with him. The tears of his followers filled the gaping hole, becoming what is today known as Crater Lake.

The collapse of Mt. Mazama was an actual event around 7,000 years ago and it was witnessed and remembered by the inhabitants of the region who told the story above. Large volcanoes loom large in the consciousness of people, as they possess great power and have the potential for great destruction. Mt. Shasta is no exception, and even today a multitude of people tell stories of Lemurians, Atlanteans, and aliens who all seem to have an abode in the mountain somewhere.

Geologists are story-tellers too, although they tend not to invoke gods as a reason for the mountain's activity. They instead look for the natural laws of the Universe to understand how volcanoes work (in a sense those natural laws are the gods of the sciences). It may be that hundreds of years from now, our stories will be seen as quaint myths, but like all societies and cultures, we understand things through the prisms of our technology, mutual experiences, and observations. 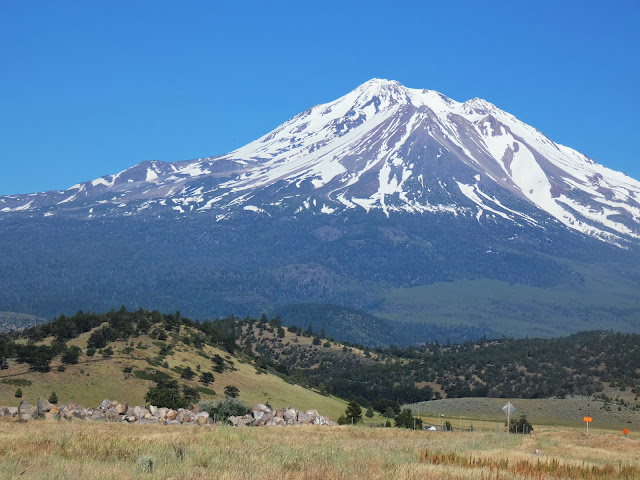 I've always found it fascinating the way humans interpret their world, and I've devoted my life to teaching the scientific view. But I come from a family and a society that has not been grounded in the landscape that it inhabits. It is a society of immigrants from all over the world who invaded a "new land" that had in fact been inhabited for thousands and thousands of years before being conquered. Understanding these cultures enriches our understanding of the land, and so I find myself being enthralled by the sciences of anthropology and archaeology. Ultimately I joined forces with the professors of anthropology at Modesto Junior College to put together a series of field courses that teach both the geology and the anthropology of the landscape. We've been to Italy and Switzerland, Hawaii, and all over the Southwestern United States. Most recently though, we explored British Columbia and the northern parts of Washington state. This new series I'm writing will explain my impressions of the trip that we took with 15 students, my fellow professor of anthropology, and Mrs. Geotripper. The term "Cascadia" refers to the Cascadia subduction zone, the huge gash in the Earth's crust that dominates the geology of the region. 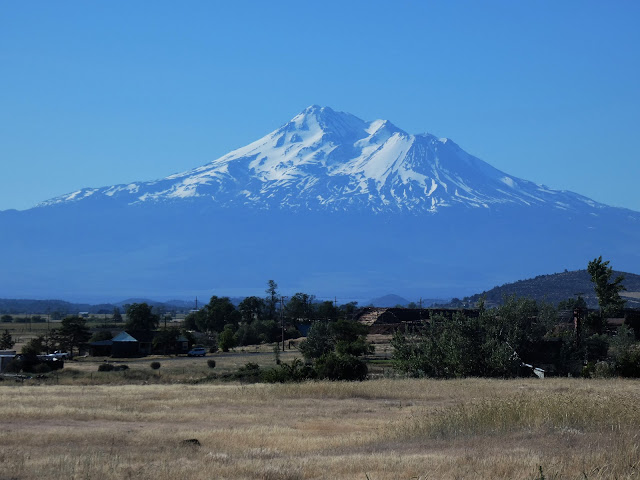 Our students didn't actually see Mount Shasta, unless they saw it out the plane window. They all met us at SeaTac airport, but we had reasons to drive from California to Washington. Mt. Shasta is the foremost landmark in Northern California. It is at the southern end of the Cascadia subduction zone, and is considered potentially active (Lassen Peak is even further south, but we only had a brief view of it). It is a classed as a stratovolcano (or composite cone) and is composed mostly of andesite, a gray-colored intermediate silica volcanic rock. It has had eruptions roughly every 600 years over the last 10,000 years, with the most recent event probably in 1786. At 14,179 feet, it is the second highest Cascade volcano, but in volume it is the largest. There are five major glaciers around the summit, including Whitney Glacier, which at two miles is the longest glacier in California.

The volcano is actually a composite of four different cones of different ages: Sargent's Ridge, Misery Hill, Shastina, and Hotlum Cone. There was an even earlier version of Shasta dating to 600,000 years ago, but around 300,000 years ago the summit collapsed to form a gargantuan debris slide that traveled 28 miles north of the volcano, almost to Yreka. The lumpy hummocky surface visible around the Interstate 5 rest area near Weed is part of the ancient mass wasting event.

Shasta is visible from more than a hundred miles away, but as we continued north, the mountain receded from view. We got to Portland, Oregon, just in time to catch a few sights before the sun set. That story will be in the next post!
Posted by Garry Hayes at 3:22 PM