Travels in Cascadia: Wanna See a REAL Debate? Talk to an Oregonian about Waterfalls 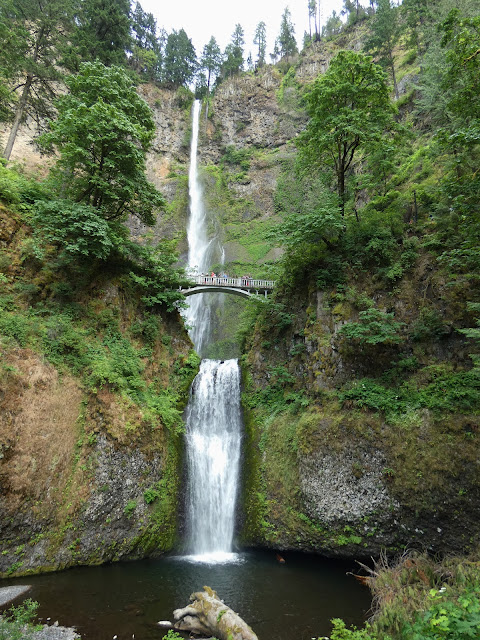 I was watching the candidate's debate tonight, and there were some interesting exchanges, and the whole future of American democracy hangs in the balance and all, but then I found what a real debate looks like when I googled "Multnomah Falls".

I saw the falls that grace the gorge of the Columbia River for the first time since my childhood last month. We were headed to Seattle to meet our students for our field studies course on the geology of British Columbia and we had stopped in Portland on our way north. I still had an hour or two before sunset so I headed east into the Columbia River Gorge to see the waterfalls that I hadn't seen in something like 50 years or more. 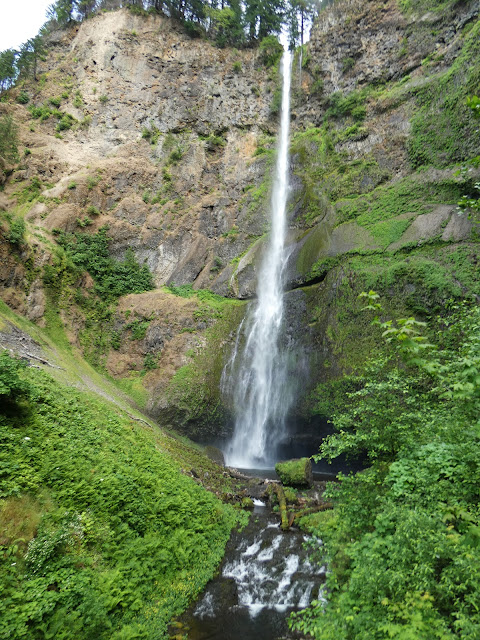 The debate? How do the falls rank against other falls in the United States in terms of height? Sources suggest they are the second highest in the nation, which is off by at least 155 waterfalls. Then there is the qualifier that they are the second highest "year-round" falls in the nation (i.e. they don't dry up for part of the year). But fans insist that Fairy Falls don't run all year. But then there is a different argument, kind of a splitter and lumper sort of thing. How tall is a water FALL? Does one count the single greatest free-fall? Or do you count all the breaks and cascades? Bridalveil Fall in Yosemite is a whole three feet shorter than Multnomah Falls. But it has a single 617 foot drop. The upper fall at Multnomah is a mere 541 feet. The debate rages on. But most of the participants agree it is the highest waterfall in Oregon, and it is a very pretty waterfall. It is the single most visited natural feature in the state, with two million visitors a year. 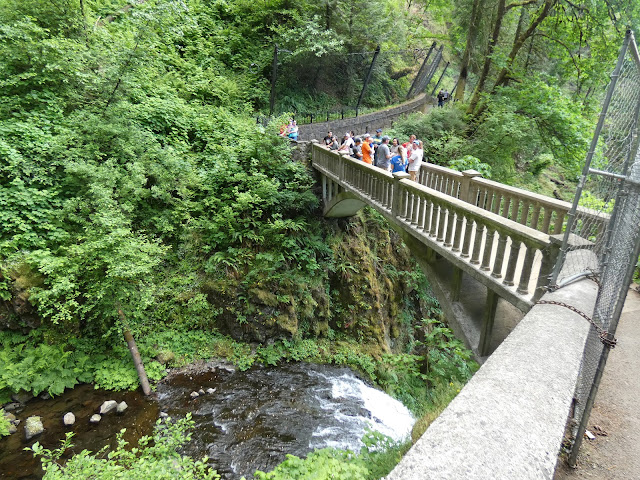 Two million visitors...given the small size of the park, I'm glad I was there late in the evening and didn't have to contend with thousands of people. The whole scene was quite peaceful and quiet while I was there. But there were signs of geological violence though. Huge rockfall fences lined the trail to the bridge, and scarred trunks showed how close the Eagle Creek Fire came to burning out the park in 2017. In 1995 a 400-ton boulder fell from halfway up the cliff into the pool at the base of the fall, much to the consternation of the 20-person wedding party taking portraits on the bridge. There were minor injuries from splashing water and debris. 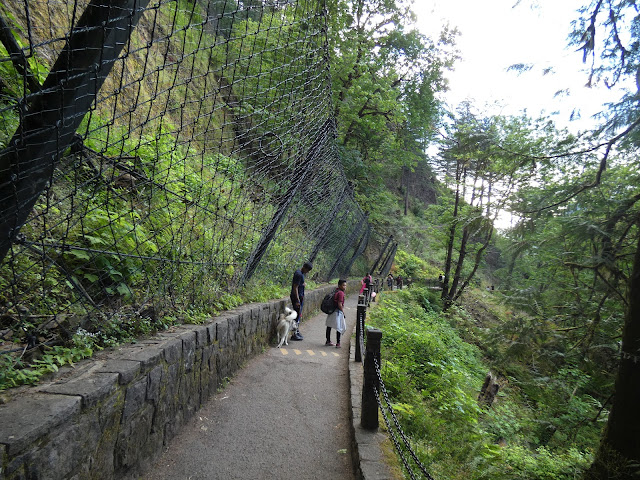 Waterfalls are pretty much by definition dangerous places, since the prevailing attitude of Mother Nature is that steep slopes are very much hated and must be removed by one erosional process or another. Which brings up the question of why the slope is there in the first place. A great many waterfalls happen because glaciers have cut steep-sided valleys and tributary streams must fall over the brink. Such features are called hanging valleys. But the Columbia River Gorge was not carved by a glacier. The basalt flows and interlayered sediments were carved by the raging waters of the ice age Spokane Floods and the downcutting of the Columbia River. 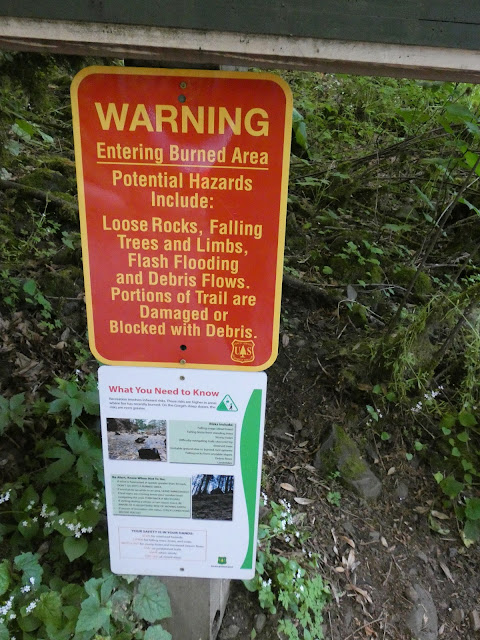 Waterfalls ended up being a major part of the geologic story of our journey through British Columbia and northern Washington. Most of them were flowing, but one of the great stories of all of geology was told by a waterfall that wasn't. Those stories are coming up! It's kind of a race to see what's coming first: the rest of the story, or the beginning of the new school semester. We'll see who wins out. 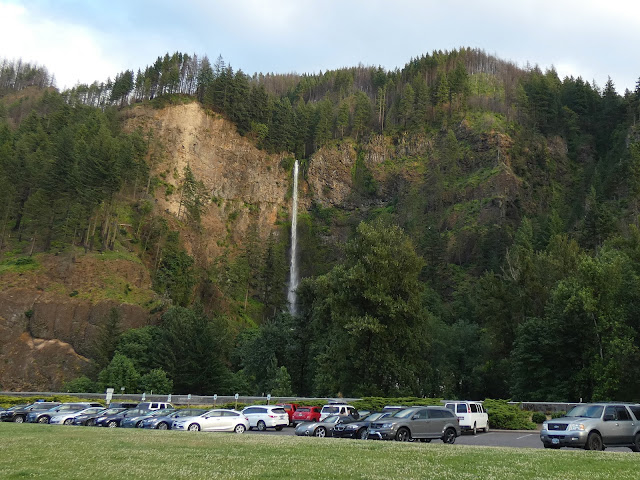