A Mink Mother's Moment This Morning at Lake Washington 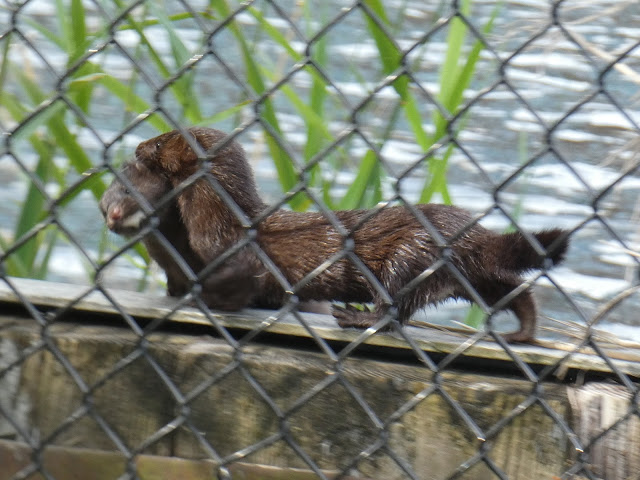 We were privileged to watch a mini-drama today while walking along the shore of Lake Washington in Gene Coulon Park. We noticed a small group of Minks (Mustela vison) along a fence and embankment, a mother and two pups. The embankment was too tall for the babies to climb over, so mama grabbed one of them by the head and hefted it over the top and down the other side. We could almost hear mama saying to the other "Stay put, I'll be right back", but does the little one pay any attention? Of course not! 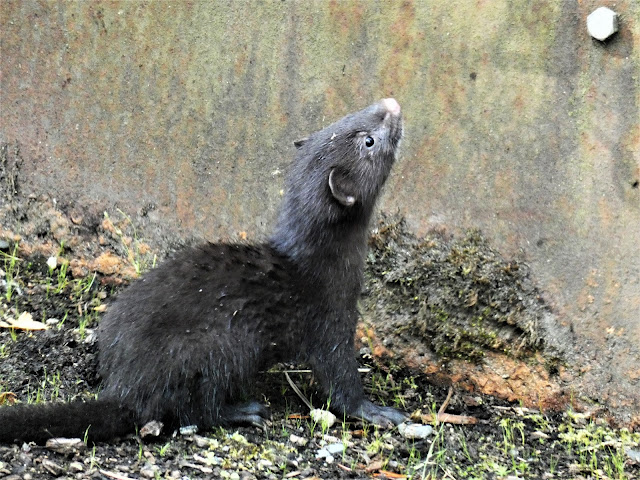 The little one was squeaking in terror at being left alone, and started running along the side and trying to climb over without success. It moved around 15 or 20 feet away, so it wasn't there when mama came back, but it didn't take too long for her to find it and to grab it by the ear and carry it over too, taking just long enough that I got a 10 second long video of the drama.

Despite the fact that these animals are found in every state except Arizona, I've never seen one before today.