The Way it Was Today: Spring is About to Burst Forth in Yosemite Valley 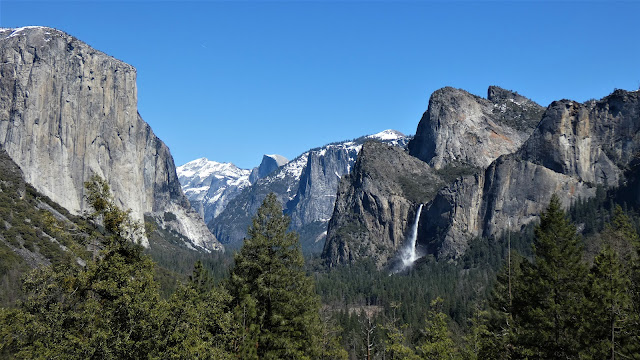 In certain ways, I am the luckiest of people. I live in a place, however humble, that is a mere two-hour drive from Yosemite Valley in Yosemite National Park. I can visit and explore the park almost any time I want to, and I do so as often as I can. This is a privilege that I could never take for granted. It's just to precious to me. 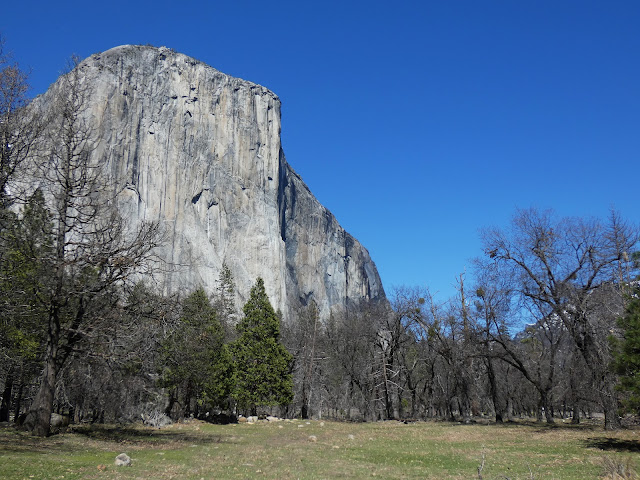 A related form of luckiness is that I am a teacher, a professor of geology. That means that I have also been granted the wonderful privilege of introducing Yosemite to my students, a great many of whom have never visited the park despite their proximity. That's what I got to do today, teaching a field course on the geology of Yosemite National Park. Among the students on the trip, there were half a dozen who had never ever laid eyes on the park. The sparkling clear spring day did not disappoint.

We started our exploration of the valley with the glorious panorama from Tunnel View (top photo). We could see El Capitan, Half Dome, Sentinel Rock, the Cathedral Rocks, and Bridalveil Falls. It is hard to imagine another place in the world with such imposing cliffs and towers in such a small confined valley. We talked about the discovery of the valley by people, both thousands of years ago, and in the last 170 years by the usurpers and colonizers of this incredible landscape.

We then drove to the parking area on the valley floor where we could look at El Capitan in one direction, and Cathedral Rocks and Bridalveil Falls in the other. We were able to talk about hanging valleys in the presence of one of the greatest examples in the world. We also talked about how Yosemite Falls the 5th or 7th highest in the world, and yet is not even the tallest waterfall in Yosemite Valley.
Yosemite Falls is certainly a spectacular sight, but to purists of such things, it is actually three waterfalls, an upper fall with a height of 1,425 feet, a middle cascades section with a drop of more than 700 feet, and a lower drop of 320 feet. There is another waterfall in Yosemite that is 200 feet higher than upper Yosemite Falls. It's called Ribbon Fall and it falls over the cliff to the west of El Capitan. It is not as well-known as Yosemite Falls because it is usually dry by the early summer when most tourists come to visit. 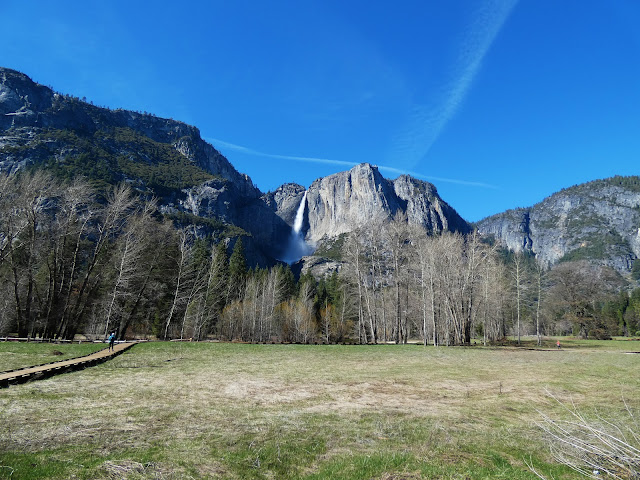 Just the same, Yosemite Falls is a true treasure, leaping from a sheer cliff and impacting on the rocks below. It's the 'accidental' waterfall of Yosemite Valley. Yosemite Creek once flowed down the steep channel to the left of the present-day falls, but the course of the creek was reconfigured by the movement of glaciers across the mouth of the older creek, forcing the river to find a new path over the brink of the cliff. 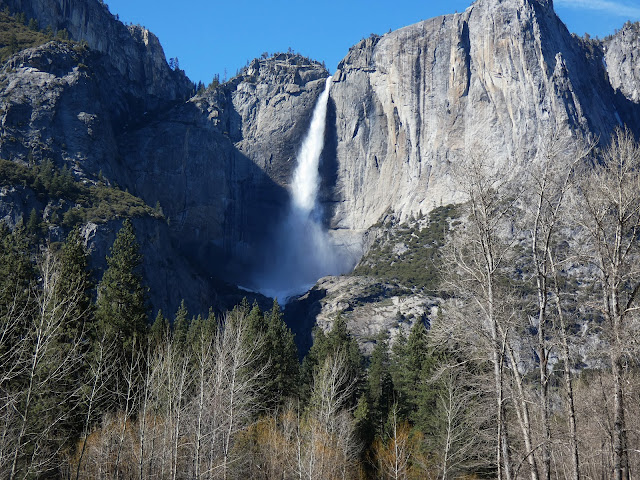 The vantage point offered a peek-a-boo of Half Dome. This iconic monolith towers nearly 5,000 over the valley floor. It is the product of several processes acting in concert. The first is unloading, the release of pressure by being brought to the surface of the earth. The rock expands just a bit, but then fractures. Vertical fractures are called joints, and jointing is the explanation for the steep face of the dome. 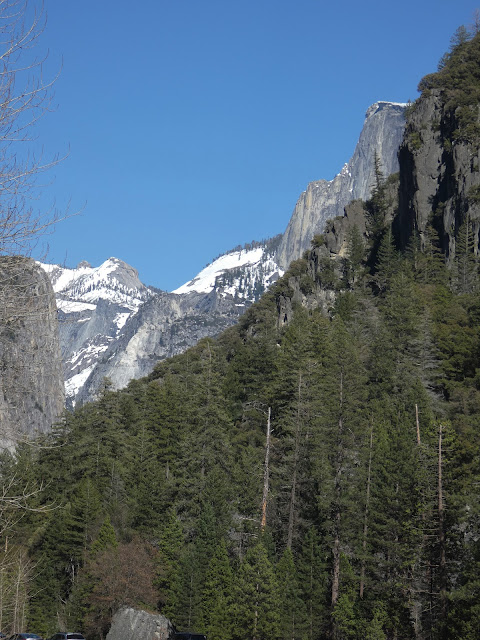 The second form of fracturing is called exfoliation, a process by which the rocks split into slabs that are parallel to the surface of the rock. This has the effect of removing corners and edges, leading to the shaping of the dome.. 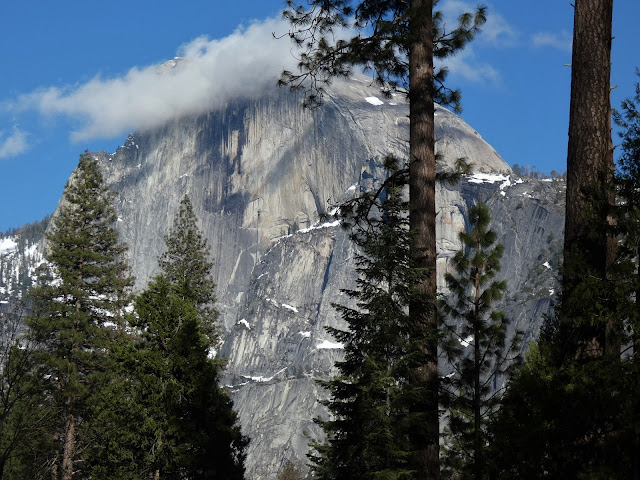 That is the gist of our day, but more than anything else, I wanted to share the images of the day with all those who can't easily get there. It was a stunning day in the falley.
Posted by Garry Hayes at 12:37 AM