The Sentinels of Yosemite Valley: Giving Them a Bit of Respect 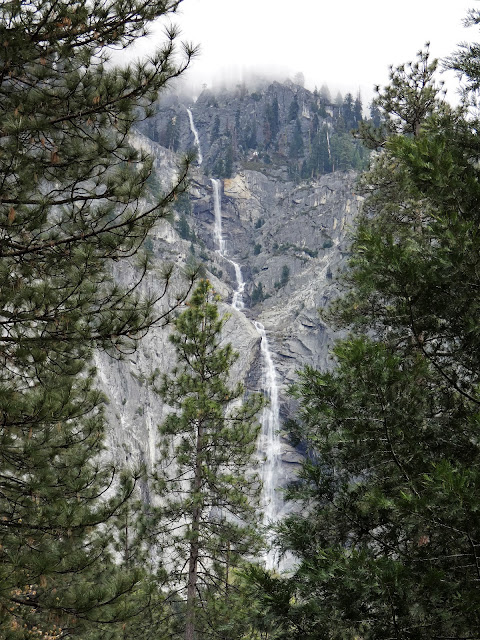 Let's consider for a moment that this is anyplace else in the world. You look up and see a waterfall that is 1,920 feet high, falling in six major steps. In what place in the world would this not be a notable feature with a state or national park designation? In what place would there not be thousands of people visiting every day, snapping pictures and oohing and aahing? 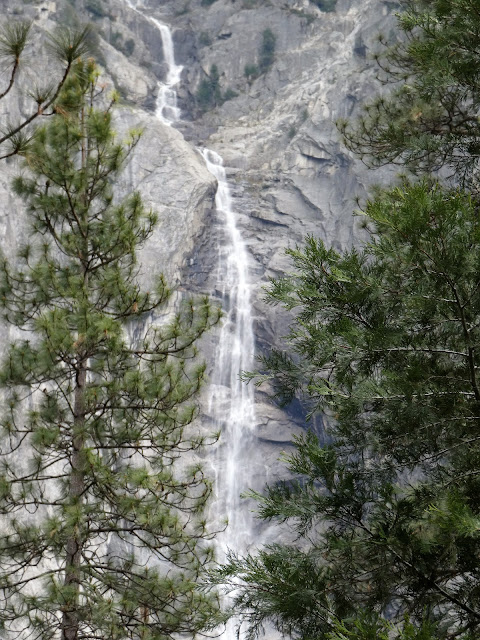 There are no parking lots and viewpoint for this waterfall. As a rule people barely notice that it exists. If that seems astounding, then take this as evidence of the extraordinary nature of Yosemite Valley. 2,000 foot high waterfalls disappear into the scenery. The name of this particular one is Sentinel Falls. 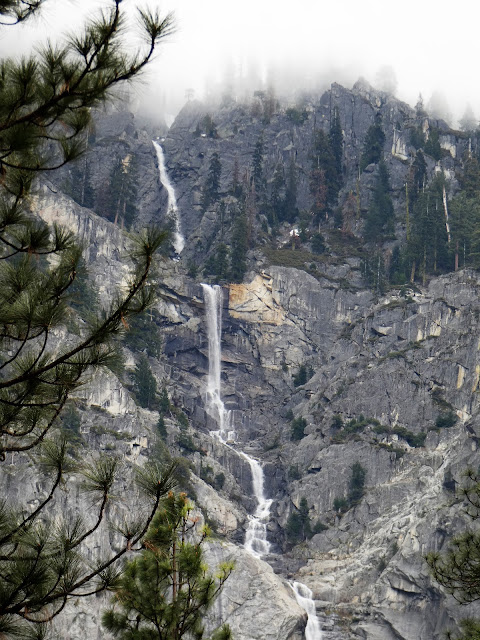 I admit that part of the reason Sentinel Falls is not as celebrated as some is that it is seasonal, flowing principally in the spring season. It's usually dry by the beginning of summer when most tourists visit the valley. But when it is flowing, it is spectacular. 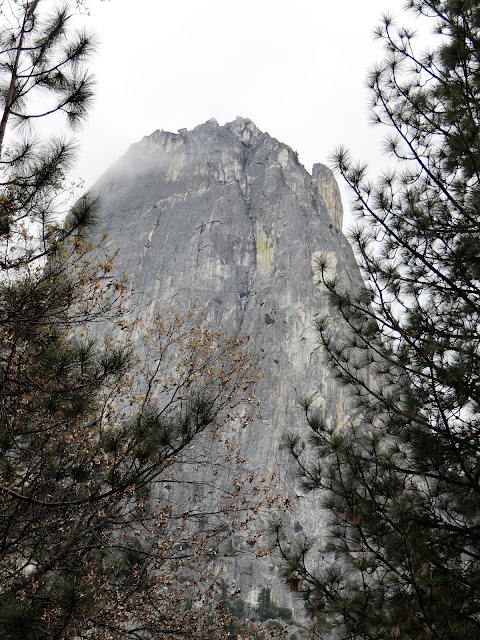 Sentinel Rock suffers the same kind of locational insignificance. In any other part of the world, a 3,000 foot high sheer cliff would elicit awe and wonder. In Yosemite Valley there are so many dramatic cliffs that Sentinel gets lost because people are trying to get a glimpse of Yosemite Falls on the north rim of the valley. Sentinel Rock and the adjacent Sentinel Falls are on the south side of Yosemite Valley, almost directly across from Yosemite Falls. Yosemite is the waterfall that catches their attention. 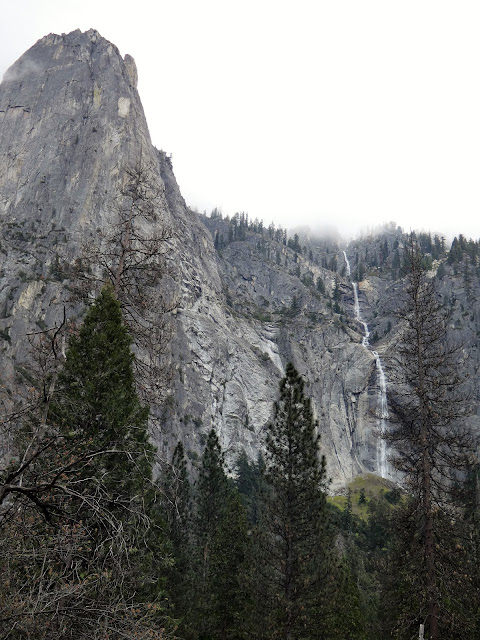 That's not to suggest that Yosemite Falls doesn't deserve the adulation it receives. The waterfall is 2,425 feet tall, somewhere around the fifth to seventh highest in the world. It always has more water than Sentinel does, and in many ways it is more dramatic. But when I was taking pictures of Sentinel last week in the rainstorm, I was the only person standing in my little corner of the floor of Yosemite Valley. I didn't have to share my moment with throngs of tourists all staring at the same feature and snapping the same pictures from the same angle. It was just me and a quiet moment in an often crowded and hectic place. 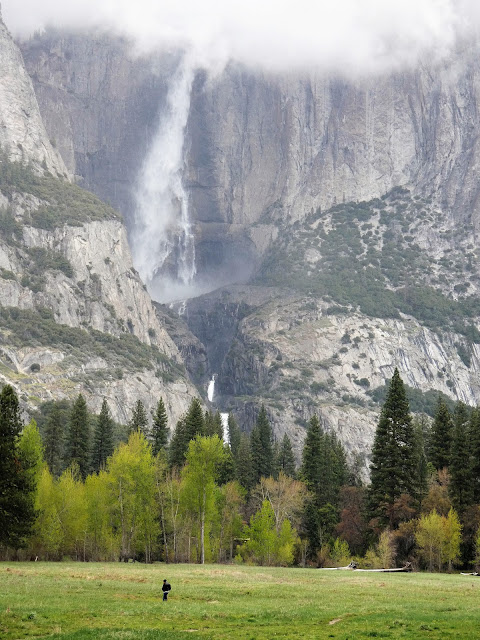