The Day of the Diminutive Dogwoods in Yosemite Valley 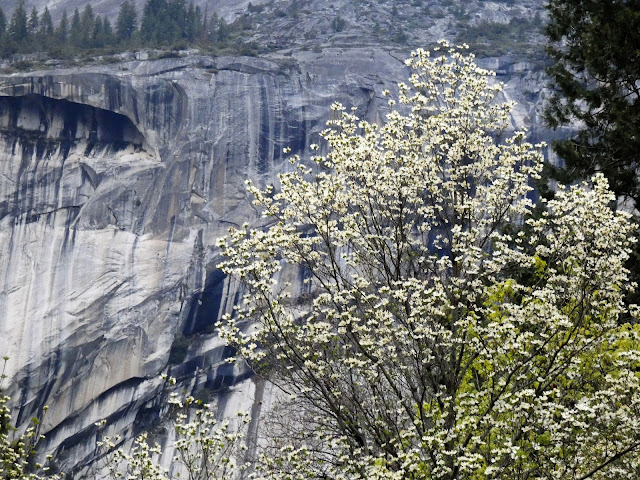 Yosemite National Park is a place of big things. Big rock walls, big mountains, big trees, and big valleys. But for a few weeks out of the year, a little tree makes a big splash. A splash of white in the spring when the snows have disappeared, and a splash of red, pink and yellow in autumn as the trees lose their leaves. 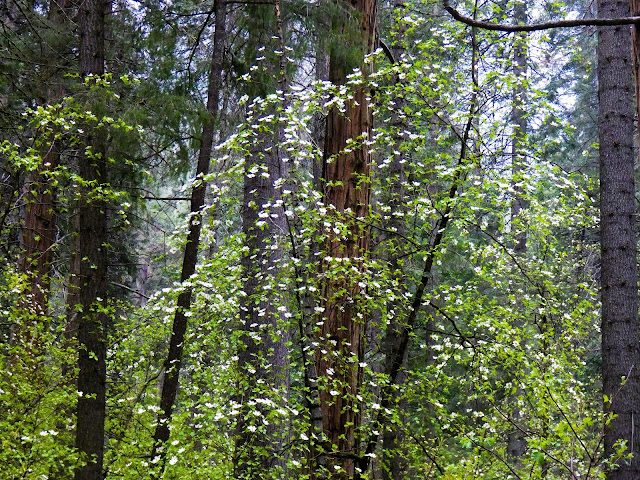 The Pacific Dogwood (Cornus nuttalli) is a small tree that forms some of the understory of Yosemite Valley's conifer forests. It seems practically invisible to park visitors (like me, anyway) most of the time. The flowers aren't all that showy. They are the small yellow sphere in the middle of the structure. But they are surrounded by large white bracts that look like flower petals. Bracts are actually highly modified leaves. I was in Yosemite Valley a few weeks ago and I would swear there were no Dogwood blooms at the time, but there were plenty of them Tuesday. 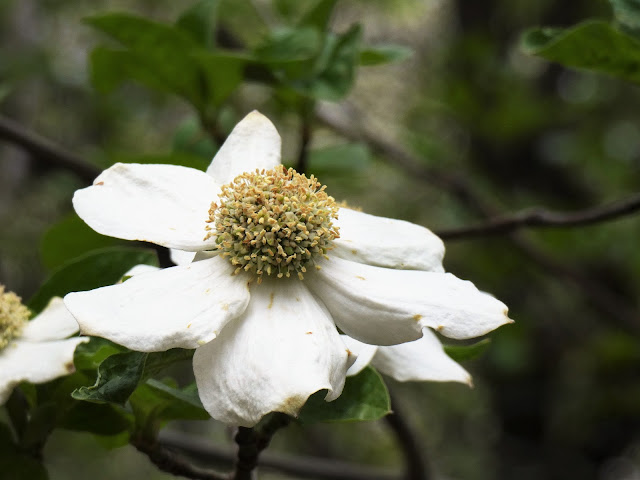 The range of the dogwood trees is mostly in the Pacific Northwest and the coastal islands of British Columbia. The Sierra Nevada is more or less the southern end of the range of the species, aside from a few isolated pockets in Southern California. 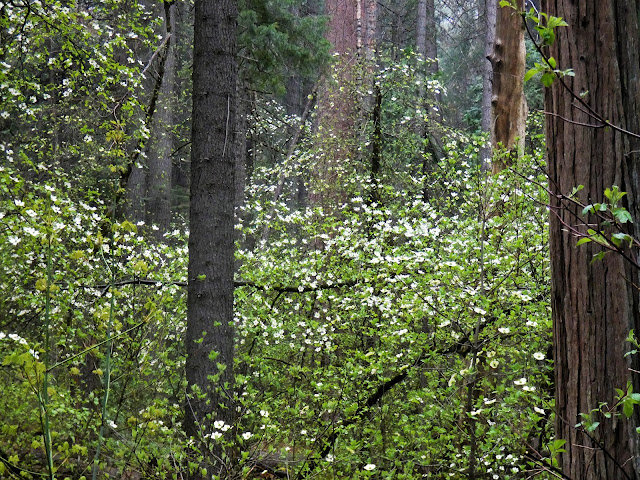 I don't find them together all that often, but sometimes the blooming period of the Western Redbud (Cornus nuttallii) can overlap with the Dogwood, and if I look long enough, I can find the shrubs adjacent to each other. This year it was really tough, as the two shrubs were outside the door of the buffet restaurant in Curry (Half Dome) Village.  It was a colorful combination. 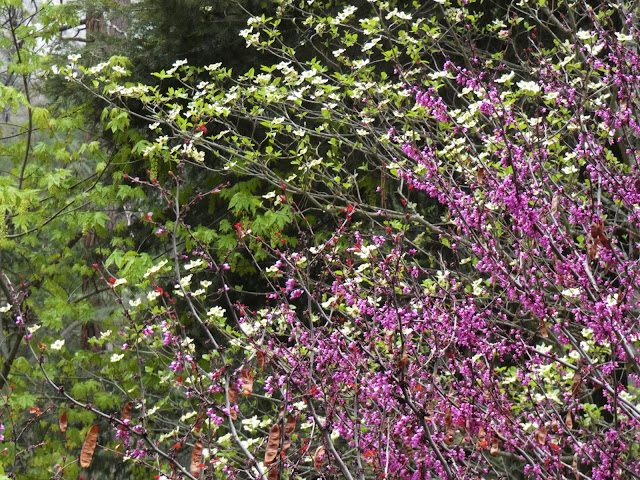 Back to the rocks soon!