Moment of Pure Beauty on a Horrific Day 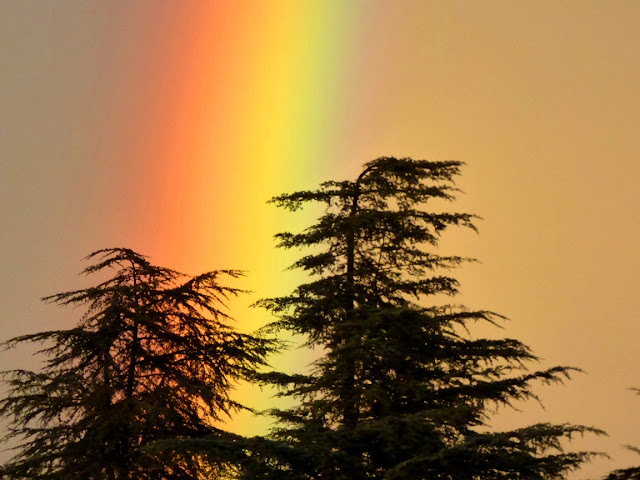 It's hard not to feel depressed or hopeless when terrible things happen, when people do horrible things to those around them, and when innocent people die needlessly. The latest of far too many attacks hit close to home, near where I grew up, and where I still have connections. 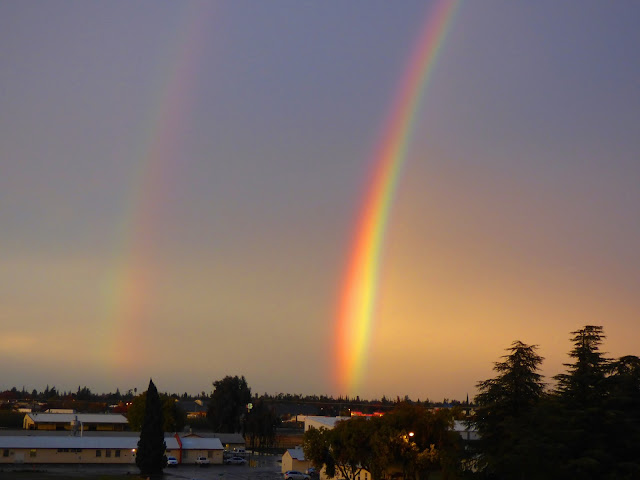 I have no profound words or insights, there have been plenty of such discussions on the social media that I follow. I do hope that some action will finally be taken to prevent future massacres. It's so easy to feel hopeless. 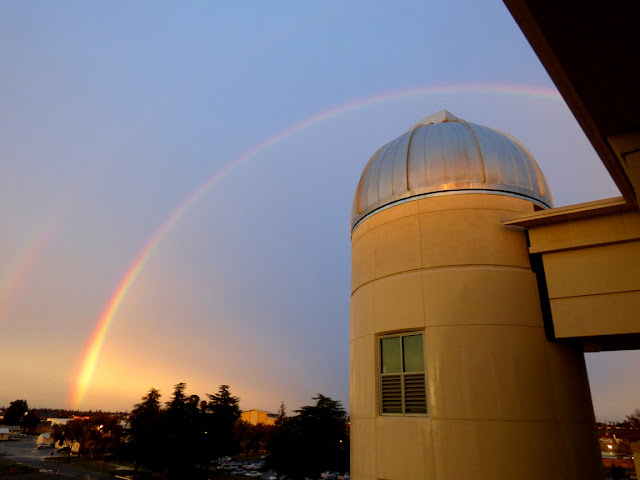 Sometimes, the Earth presents us with such beauty that we can forget the evil for a few moments. It was raining today, a blessing in itself after four years of lingering drought. The sky seemed to be completely overcast, but out west, the light from the setting sun found a path through the clouds, and for a few short moments we had a spectacular rainbow, a double bow that extended across the sky. We don't really get a lot of them around here (given the general rarity of storms, period), so this was  kind of an exceptional moment. 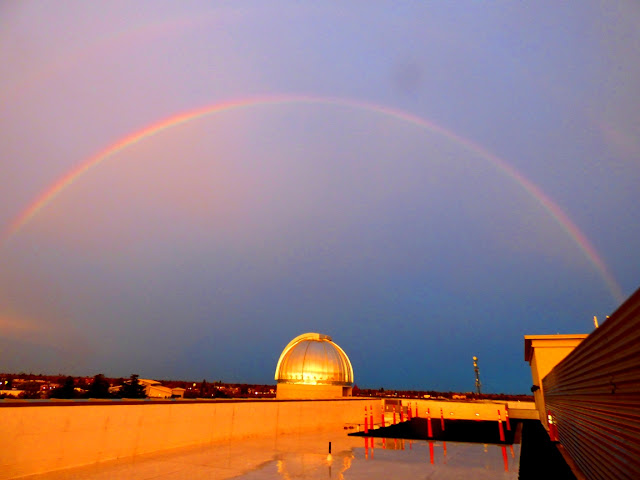 I don't know where our sense of beauty comes from, but there is something so pleasing about the spectrum of color that appears when sunlight is refracted through water droplets. It's high in the sky, and seemingly distant and unattainable, kind of like the ideals of being human. There is a sort of perfection we can hope to reach as individuals and as a society. I don't mean this in the sense of some religious belief that is "better" than the belief of someone else. There's too much conflict there. I mean it in the sense that we might one day find a way to treat each other with kindness, respect and equality, a recognition that we have a limited time in our own existence to make the world a slightly better place. 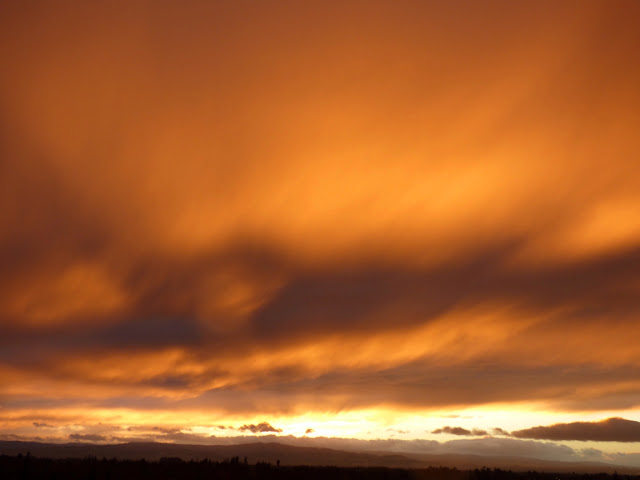 It's maybe kind of odd to think of it this way, but in geology we describe a form of "perfection". We call it a "graded stream". Rivers flow to the sea. The longer a river exists, the more it molds a landscape so as to achieve the most efficient flow, using the least amount of energy. If there is an obstruction, a landslide, say, or a dam, such things are ultimately removed by the erosive force of the fast-moving water. If there are pools, the stream slows, and dumps sediment in such a way as to fill in the gaps. As long as the water moves, the river approaches a form of physical perfection, with a channel that transports water to the sea in the smoothest manner possible (subject to the laws of physics). Perfection is never reached, because landslides and earthquakes will always happen, but the river works through these interruptions. It never stops changing the channel through which it flows.

Humans can never be perfect. But we can change the world we live in. We can choose to be the disasters, the landslides and other catastrophes, or we can be part of the constant never-ending flow that smooths out the imperfections. We can take away the hate. It takes patience, courage, and empathy for others.
Posted by Garry Hayes at 9:16 PM

Good analogy Garry. Thanks for the post from Fullerton CA.