A Visit to a Remaining Piece of America's Serengeti: A Great Valley Love Story


Every so often, I remember what an extraordinary place I live in. It's sometimes easy to forget while dealing with the air pollution, the lingering drought, and the seemingly non-ending recession, but California's Great Valley is one of the most important provinces in the United States. It provides something like 25% of the nation's fruits and vegetables, and is the world's leading producer of almonds and a number of other products. Despite being almost completely altered by agricultural and urban development, a few remnants of the original landscape survive. It's a reminder that America once had its own version of the plains of the Serengeti (translation: "endless plains").

The Great Valley extends for 400 miles from Redding to Bakersfield, averaging 50 miles in width. It is extraordinarily flat, with most parts lying below 300 feet in elevation. Practically the only exception is an extinct volcano called the Sutter Buttes north of Sacramento, which rise some 2,000 feet over the valley floor. The mountains loom on the horizon of the Sacramento National Wildlife Refuge, where I paid a visit a few weeks ago. It was like exploring the Great Valley in another geological age. 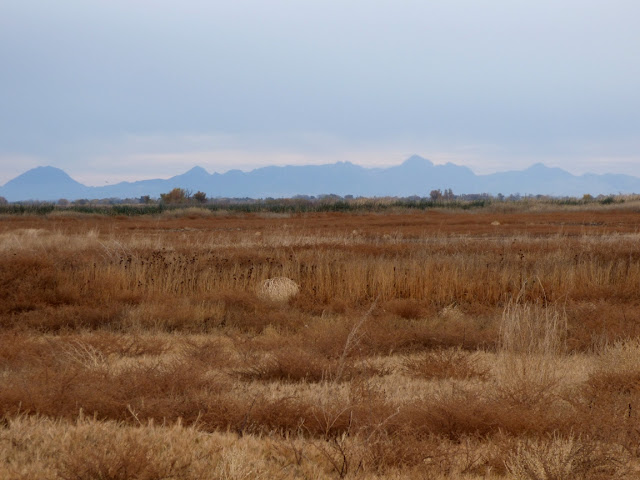 The refuge is a year-round home for many species, but it really comes alive during the winter, when tens of thousands of migratory birds arrive from the far north. A seven mile-long auto route allows for a leisurely exploration. It's a great place to be introduced to the natural landscape of the valley, although there are many others that are equally spectacular (the Merced, San Luis, and San Joaquin being other excellent choices). I just happened to take most of these pictures during my visit at the Sacramento NWR last month.

The Great Valley originated as a shallow sea along the subduction zone and trench that dominated the western coast of the North American continent for more than a hundred million years during the Mesozoic Era, the time of the dinosaurs. The sea occupied a sedimentary trough called a forearc basin. As the basin filled with sediment, the weight of the layers pressed the crust downward, allowing more sediments to accumulate. Over time, vast thicknesses piled up, in places reaching 25,000 to 50,000 feet (7,500 to 15,000 meters).

The subduction zone began to transform into a new plate boundary beginning about 30 million years ago. Instead of the convergence of the crust, the plates began to slide laterally, forming the San Andreas fault system (this type of boundary is actually called a transform boundary). The crust along the transform  crumpled, causing the uplift of the Coast Ranges just a few million years ago (the mountains are among the youngest ranges in the world). The shallow sea receded and became dry land in recent geologic time.

The valley has a Mediterranean climate, with warm dry summers and cool (but not cold) wet winters. The amount of precipitation ranges from very low in the south to relatively high in the north, but for the most part the ground cover is a grassland savanna, with oak woodlands in the wetter areas. Numerous rivers flowing from the adjacent Sierra Nevada supported mile after mile of riparian habitats and wetlands. Swamps and marshes dominate the delta of the Sacramento and San Joaquin rivers. These environments provide habitat for a staggering variety of wildlife. 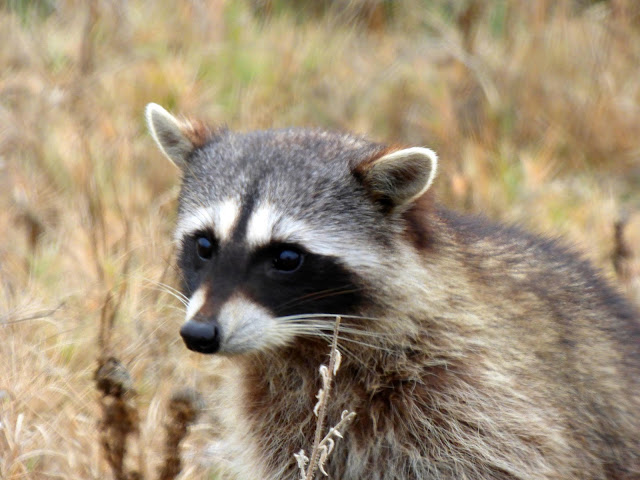 The original prairies supported vast herds of elk and pronghorns, along with deer, and numerous smaller species of rodents. In earlier times, the landscape supported mammoths and mastodons, bison, ground sloths, horses, and camels. When humans arrived, this rich habitat was forever changed. Many of the species went extinct, or were driven elsewhere. Only about 5% of the original landscape remains. 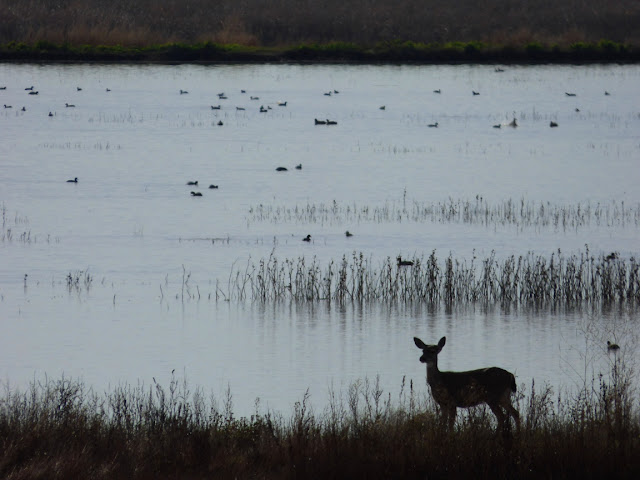 Despite the horrible destruction of the original ecosystem, patches survived. The vast flocks of migratory birds, though much diminished, still flew into the valley and occupied what corners they could. Members of a subspecies of the elk endemic to the valley, the Tule Elk, were once common across the valley floor. They were hunted mercilessly for hides and meat until they were thought to be extinct around the 1860s. A single breeding pair was discovered in 1874, and after twenty years only two dozen of the elk survived in a single refuge in the south valley.

In the early 1900s, a new ethos emerged, the idea that humans needed to nurture and protect the ecosystem that sustained life on the planet (although few at the time would have worded it this way!). In some cases, the actions came about because favored species had become depleted from over-hunting. In other cases, it happened because migratory birds were damaging agricultural fields because they had no other sources of food. Whatever the reasons and motives, the result was the establishment of hundreds of wildlife refuges across the United States. A series of refuges span the length of the Great Valley like a string of pearls. Animals once on the edge of extinction were brought back from the brink. The Tule Elk now number in the thousands. The Aleutian Cackling Goose, also once thought extinct (a flock of 600 survived on a remote and rarely visited island) number in the hundreds of thousands. The refuges have played a pivotal role in survival of dozens of endangered species. 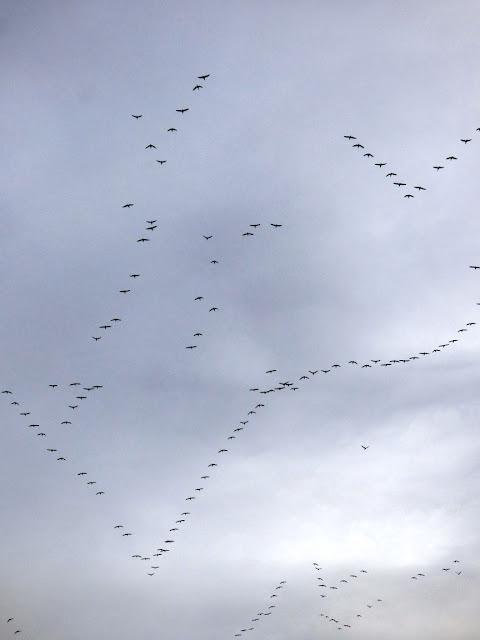 It is an amazing privilege to experience a place like the Sacramento National Wildlife Refuge (and the dozens of others across the valley) in fall and winter as the migratory flocks arrive. I was stunned to find that this incredible movement of birds was taking place here literally under my nose (okay, over my nose) during the first 25 years I was living here. I was so busy exploring the more showy Sierra Nevada or California coastline that I failed to recognize the treasure that lay just a few miles away from my backyard. I can barely describe the noise of tens of thousands of birds taking flight all at once. It's not just their calling back and forth. It's the sheer compression of all those wings beating at once. 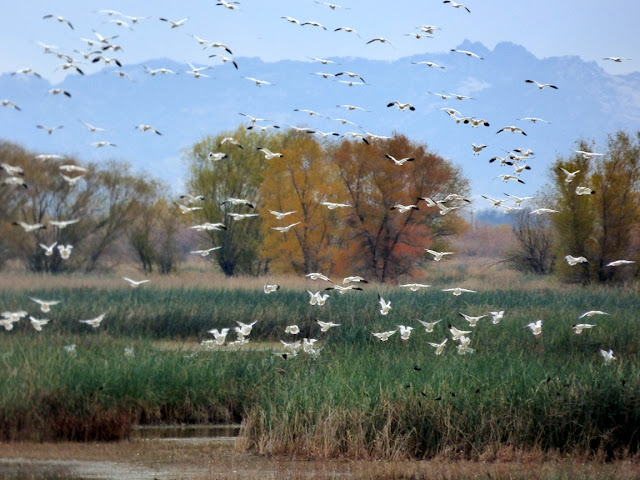 The Snow, Ross's, White-fronted, and Cackling Geese are the very visible and charismatic parts of the ecosystem of the valley, but they are only part of a chain that includes many other species of plants and animals. The challenge of the refuges is in re-creating and sustaining the entire "circle of life", as certain Disney movies might put it. With this basic challenge there is a myriad of conflicts and compromises with the many other stakeholders of our valley, especially when it comes to the issue of water.
My videos from the Sacramento NWR didn't quite work out, but a week later I caught the same species of geese at the San Joaquin National Wildlife Refuge. There are thousands of them taking to the air all at once.

There is another critical part missing from this ecosystem. It's the loss of predators. There are still birds of prey like the Red-shoulder Hawk at the beginning of the post, and the Red-tailed Hawk below. There are the occasional foxes and coyotes that have learned to survive among the human invaders. People have brought their cats and dogs. But the valley was once home to the California Grizzly Bear, the much-larger Short-faced Bear, the American Lion, the Sabertooth Cat, and the Dire Wolf. These animals died out at the end of the Ice Age, although the Grizzly survived into the 20th century. When the large grazing animals disappeared, so did the larger predators.

The Great Valley is a challenge. It's a challenge to live here, it's a challenge to fully understand. In the face of so many land-use issues, it is challenge to one's sanity. But it is also a fascinating place, one that retains a precious link to the past, when it was a functioning ecosystem with a diversity of animals and plants that was the rival to any African savanna. It's worth the effort to explore and understand this landscape.

If you are one of my Modesto-area readers, please be sure to pay a visit to the Great Valley Museum of Natural History. The new museum is a wonderful resource for beginning to understanding the valley as it is and how it once was.
Posted by Garry Hayes at 8:50 PM

Wonderfully detailed write-up with such gorgeous photos, Garry. If I were down in the area I'd definitely be wandering through here... Thanks so much for posting.